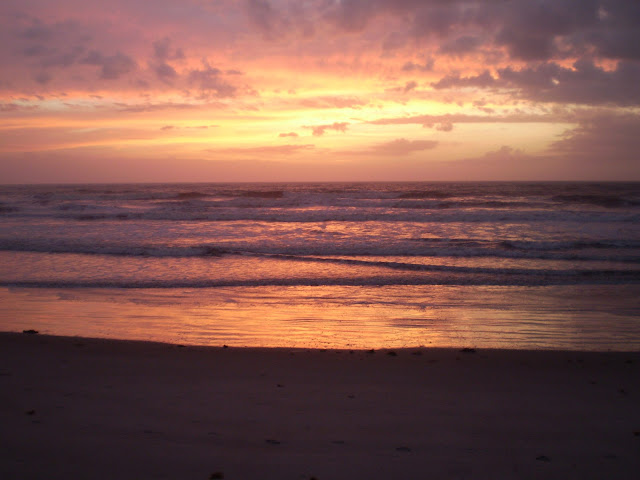 “A vacation is having nothing to do and all day to do it in.”  ~Robert Orben

That quote pretty much describes the first few days of a vacation for me.  I’m always rearing to go, go, go and forget that now is the time to just relax.  However, I find it hard to come down from the bustle of life, myself always on the go, always doing something, filling every spare minute of my time with an activity or what you may have.  After a few days though, I get into the groove of a vacation and realize that sitting still is acceptable and I don’t always have to be doing something… and it’s quite nice.

So I’ve been in Florida since Monday night and it’s been great.  I’m staying with my parents at a condo on the beach, and while it’s not glamourous (I’ve been sleeping on an air mattress in the living room of the one-bedroom condo) it certainly is appreciated.  We are right on the beach (literally steps away) and there is no snow (at home, there is about five feet of snow).

We’ve been eating out every day, some good experiences, some bad (Applebees), and also had meals ‘at home’ (toasted tomato, avocado sandwiches, breakfasts, and lots of peanut butter m&m’s).  Tonight we are going to Chili’s to celebrate my birthday (coming up this Tuesday) as it’s my favourite restaurant and we don’t have it in Canada.  I’m going to wear my new AA double-u dress/top.  On my real birthday (typically when we celebrate any birthday in my family), my parents won’t be around and I’ll be celebrating with my in-laws instead (yipee!). 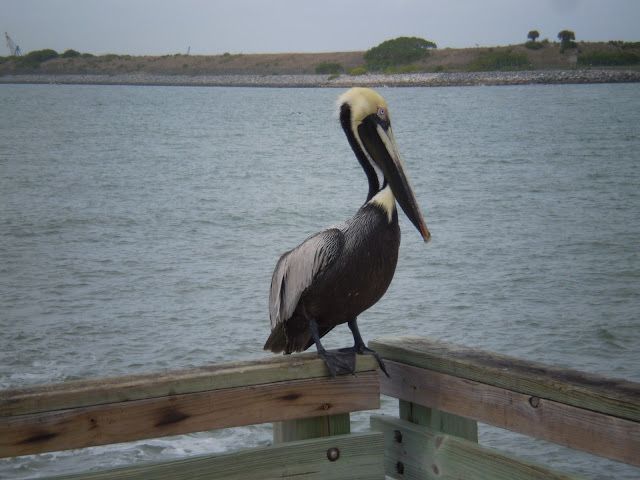 For the first time in my life, I actually packed workout clothes (and shoes) for my vacation.  I never do this.  I don’t work out on my holidays (hell-o, I’m on holidays) and honestly, I don’t even want to work out when I’m not on holidays (but I do).  However, I figured since hubs isn’t here with me on this holiday (first time for everything), I might get the chance (or make the chance) to get some physical activity in (which should cancel out all the ice cream, cool latta’s, peanut butter m&m’s and other delicious food I’ve been eating without giving a second though, right?) – and I have!  I have gone running on the beach twice (and wow is it ever different to run outside, I’m definitly a treadmill girl, and on sand is even harder – however, running beside the ocean is pretty awesome) and done a power walk (in my bikini, no less) with my mom.

Of course I have to tell you all about the lovely experience I had called, ‘Amanda’s Luggage Gets Lost’.  I had a connecting flight in DC and my flight there was delayed (first it was delayed, then we taxied to the runway only to taxi back because something about maintenance), and when we finally taxied back, we took off.  The plane was tiny.  Two seats, an aisle, and one seat.  The ceiling of the plane was so low, I had to duck to walk back to my seat (I’m 5’11, but still) – regardless, the worst part was that they wouldn’t let me bring my carry-on into the plane, they said it was too big (it was a small rolly-suitcase).  So I pulled my book (Men are from Mars, Women are from Venus) out and left my bag (which was annoying because obviously you pack your carry-on full of stuff you want to use on the plane, or at least I do, things such as earphones, camera, magazines, etc.).

When we arrived in DC, we had to wait outside the plane for them to pull all our ‘carry-on’ bags off before going inside to get to our connecting flights.  We waited about eight minutes on the tarmack before they wheeled over a big trolley.  I grabbed my bag and ran (seriously, ran) into the airport.  I discovered that not only might I miss my connecting flight, but my gate was the furthest gate away (f-bomb).  Fortunately, there was a ‘shuttle’ (like a bus) that took you from where I was, to the furthest gate, and it was leaving in three minutes (I just made it).  Once I got there, I ran towards my gate and the ticket guy at the gate yelled out to me, ‘Are you going to Orlando?!’  I yelled back that I was, made it there, they took my ticket and I ran onto the plane – the second-last person to board.  Phew.  Just made it.  We took off within minutes (and it was a bigger plane, three seats, an aisle and three seats with first class) and I eventually ended up chatting with the guy next to me who was from Sweden and learned all about his country and his profession (Sky-Dive instructor).  Oh, and again, they wouldn’t let me bring my carry-on onto the plane (I honestly don’t know why as there was clearly enough room under the seat for my bag, grrr) but I did bring my book and before I knew it, we were landing in Orlando.

Upon arrival, I was worried my luggage didn’t make it since my connection was so tight (under 15 minutes), and sadly, I was right.  My carry-on came out, but my check luggage didn’t (aka all my clothes).  Packed in my carry-on:  six pairs of shoes (I figured, what’s worse? Losing all my clothes or six of my favourite shoes? – exactly), two bikinis,  my make-up and jewelery.  They (the airline people) told me to fill out some computer ‘paper-work’ and that hopefully my luggage would be delivered to me the next day.  I had a dream that night that my suitcase came but half my clothes were missing (my mom said, ‘That’s not a dream, that’s a nightmare!’ hehe).  However, sure enough, just after noon the next day, a delivery van brought my suitcase here and we’ve been living in harmony ever since. 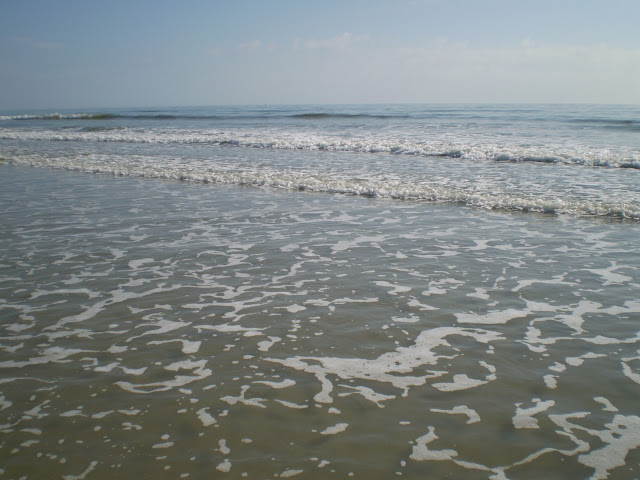 Since being here, a ton of shopping has gone down.  I was itching to go to the (Premium) outlets in Orlando as I’ve been twice and it’s only grown since being there two and three years ago, and of course Target (since we don’t have this in Canada).  Those were my only two pre-requisits for shopping, however, we’ve also hit up TJ Maxx and Ross, which were both very successful.  I’ve come out with a new purse, two pairs of shoes (BCBG & Carlos Santana), several tops, lots of jewelery, several dresses and a couple pairs of pants.  I’d never heard of Ross before and a friend of my parents (who lives here) mentioned it and I’m so glad she did – that.store.is.awesome.  So cheap, it was unreal (for all you Americans you’re probably saying, ‘What’s the big deal, it’s Ross,’ right?).  My mom and I had a hayday in there (we were literally in the place for three hours).  Target, on the other hand (which I was so excited for), was a big dissappointment.  I didn’t buy any clothing but did pick up some Suave Dry Shampoo (thanks to Veronika’s review), self-tanner ($10 cheaper than in Canada) and some Elf make-up.  I’m pretty much shopped-out… okay, that’s not true, despite my feet and legs being very sore from all the walking and shopping we’ve done, I could obviously shop some more… however, my credit card begs to differ.

And what’s on the agenda for today, you ask?  Well, I’m currently drinking a Dunkin’ Donuts coffee (did you know, ‘America runs on Dunkin’?), blogging and getting ready to head outside into the sunshine.  The weather hasn’t been super warm (except Tuesday, when I spent the day at the beach) and considering I packed several binkinis, I’ve only worn one so far) but I’ll take dry pavement and sunshine any day over mounds of wet white stuff (snow).

Lastly, more photos to come, but I’m restricted to this for now.  I don’t have my own computer (using my mom’s) down here with me and cannot upload any photos to twitter as I don’t have roaming/data (it’s super expensive and not worth it to add a US package to my phone plan for one week).  Hope you are all well and I’m checking blogs every now and again but need to take advantage of the sun (and can’t bring the laptop outside with me – the wireless is tempearmental) so will catch up with you all when I’m back.

See what I packed for my holdiays here.