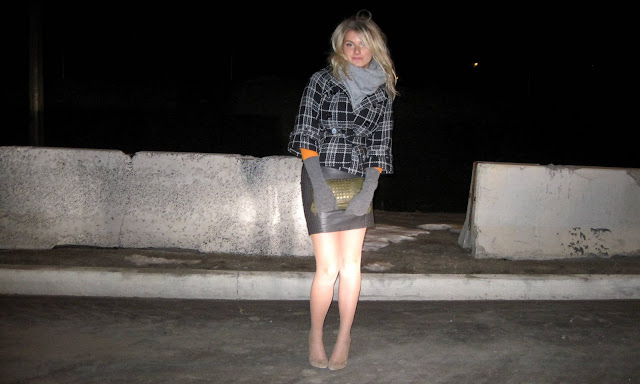 So I’ve been keeping a bit of a secret: I’ve been sick for the past week.  I know, I know, I’ve kept up the charade of being fine… er, well, online at least… in person, not so much.  You see, last Monday I woke up feeling crappy; sore throat, headache, you know the symptoms.  Despite feeling this way, I headed to work as it wasn’t awful and no need to take a sick day.

The following Tuesday, I felt worse, much worse, but again went to work.  Talking hurt my throat, my head was ridiculously congested and I felt like a ton of bricks were inside my head.  Sheesh.  My boss noticed and sent me home at noon.  I stopped at Walmart on my way home to get something, anything that would combat this cold.  I picked up Buckley’s Cold & Sinus tablets.  I’d never tried them before but figured I had nothing to lose.   After spending the afternoon in bed, resting (watching tv, surfing the ‘net on my laptop and being relatively bored), I was starting to feel better.  By dinner time my sore throat was almost extinct and I’d turned into a Buckley’s lover overnight… er… within hours.

I woke up Wednesday ready to face the day and headed into work.  Still taking the meds, it relieved my sinus congested, my throat was tolerable and I felt like I was on the mend.  Turns out, not so much.  This is where it gets worse: that night I woke up at 3am to let the dog out.  While waiting for her to come in, I started feeling super nauseous and immediately started sweating (like, buckets).  I brought the dog in and ran to the bathroom where nothing happened except I continued to feel horrible.  I quickly tried to make my way to bed and passed out in the hallway.  This has never happened to me before and I was only out for a few seconds, but, whoa.  Hubs immediately came to the rescue and eventually helped me to bed.

The next morning I got up, and you guessed it, was ready to head into work, but started to feel those symptoms wash over me.  I quickly got back into bed and it eventually subsided.  I called in sick and went to the Doctor later that day.  She told me it could have been the meds or the virus itself (also, I don’t take a lot of meds, ever, so my body could have been in shock from it), but the symptoms I had (nausea and sweating) are common signs you are about to faint and if you experience them, you should lie down immediately, wherever you are (note to self).

I stayed home Friday as well and am still not fully recovered.  I went back to work yesterday and felt better-ish but started feeling awful in the afternoon.  I’m definitely on the mend, but this damn cold is running a lot longer of a course than I’m used to.  So now ya know.  Have any of you ever had a really bad sinus cold? 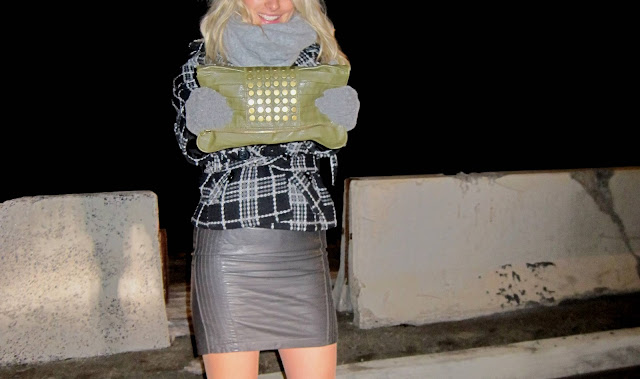 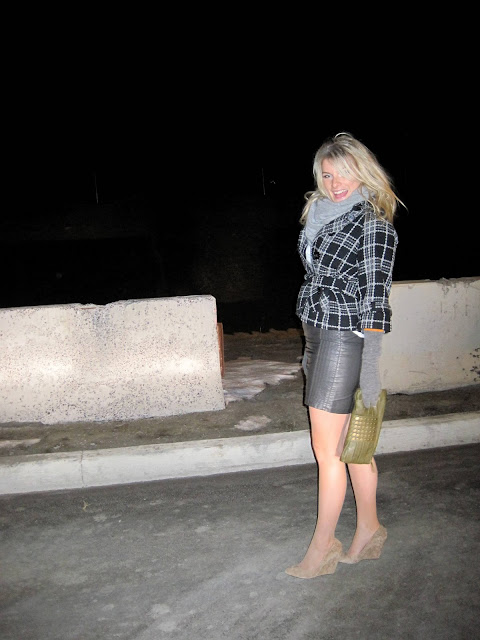 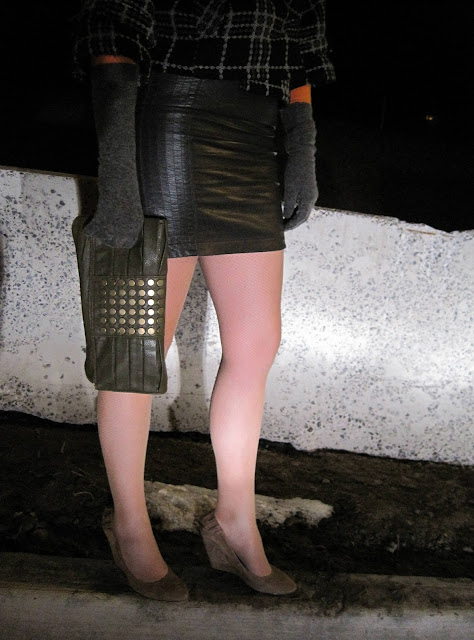 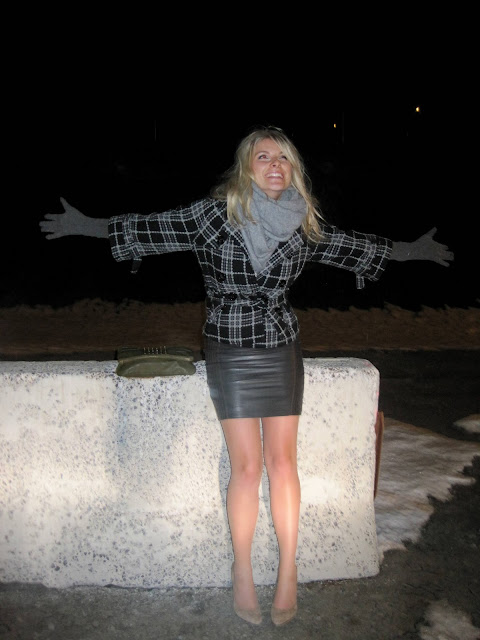 Husband took these photos the other night after our date and it was fa-reeeezing.  We made it work though by taking a page from Jentine‘s book and throwing on the high-beams and creating a midnight photoshoot.