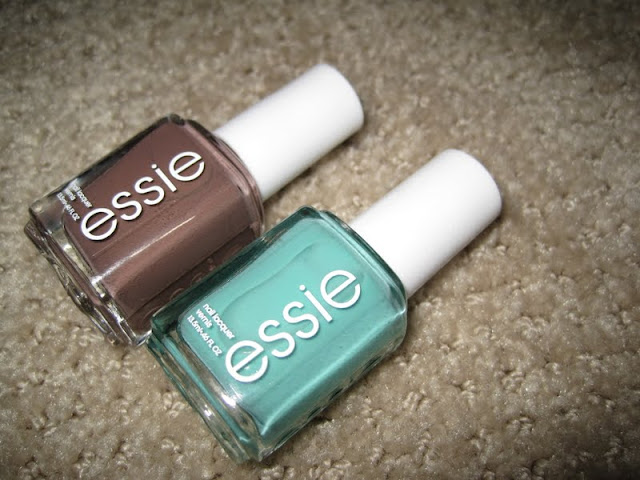 I’m a huge OPI fan.  That’s pretty much the only nail polish I will buy (because I’ve become a huge nail-polish-snob like that.  Ugh.)  However, since seeing Essie’s Turquoise & Caicos on several bloggers last summer (I know, I’m so behind the times), I decided to take the plunge one year later.

I’ve never used Essie polish before and while it cost the same as my OPI normally does per bottle ($10), apparently I completely overpaid because the links above are much cheaper.  Le sigh.

Onto the review!  I find the T&C isn’t a super thick formula, so while I did my standard two coats, three might have given a solid coverage (but then that’s five coats with base adn top coat – far too much work for me).  The Mink Muffs on the other hand (errr foot?) covered nice and opaque-ly with two coats.  Normally I’m not a fan of thin brushes, but I find the Essie polish to be a bit more liquidy than OPI and thus a think brush is fine as it covers easily since it spreads well.  The lasting power isn’t bad, certainly comparable to OPI.  As far as the shades go, I like their collections but find OPI has a bit more dimension to their colours. 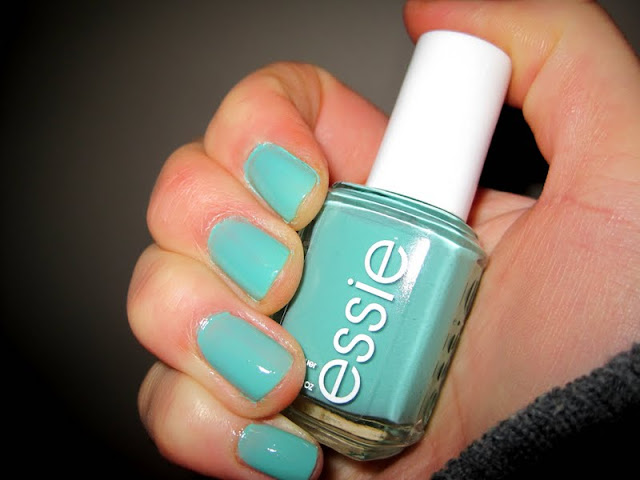