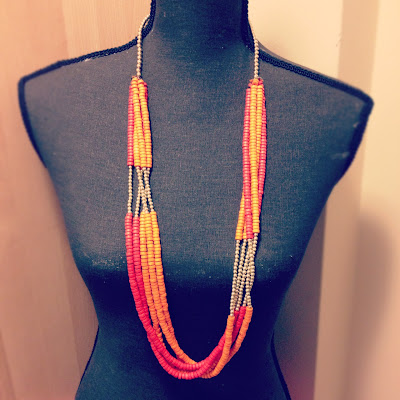 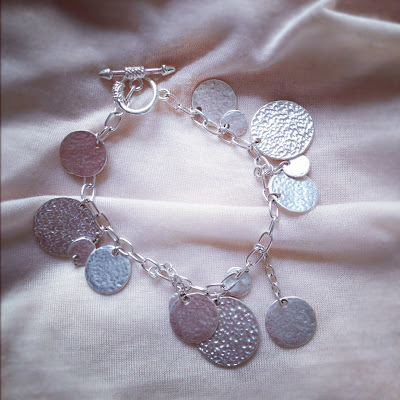 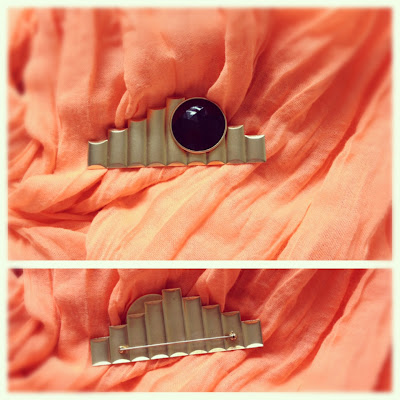 So as I mentioned on Friday, I was going to a huge annual neighbour hood garage sale in a ritzy part of town last Saturday.  The ‘event’ starts at 8am but often times people put stuff out earlier.  I was up super early and out of my apartment by 7:30am.  I went to the bank to grab some cash (I told myself I would spend no more than $40), hit up Tim Hortons for a bagel BELT (bacon-egg-lettuce-tomato, holla!) and I was on my way.  I got there around 8am and it was jammed.  I found free parking about six blocks away from the action and was off.

It was a warm, sunny, beautiful day and it was busy.  Thousands upon thousands of people ev-ery-where. I spent about three hours shopping before deciding to call it a day. I was pretty disappointed that I only bought three items, but after battling the crowds for that long and barely turning up with anything (and sore feet), I felt like just heading home for a nap and some down time with my book.

I picked up three pieces of jewelery, as you can see in the above photo:

The necklace is from Suzy Shier, a Canadian store that sells cheap clothes and accessories.  It was being sold by some women who had boxes and boxes of brand-new packaged costume jewelery (as if they purchased stuff from stores that never sold).  It was a dig-through-and-scrounge kind of system and I was happy to find this gem of a necklace as it was one of two they had.  I remember seeing this necklace last year at the store, wanting it, but not wanting to fork out the $9, so I passed.  I picked up this baby for $1.

The ‘charm’ bracelet was another item being sold by the ‘ladies with a million boxes’ and it was the only one I came across (mind you, when you’re digging through hundreds of pieces of jewelery, you certainly don’t see everything!).  It’s so pretty and I love the toggle clasp and it was also $1.

The last item is this funky broach that I picked up from a woman selling stuff on her front lawn.  She said it was her mothers’ and it was at least 10 years old. I was torn when she said $2 and I (ha!) negotiated her down to $1.

And that is everything.  Yes.  In three hours I spent $3 which was a little good and a little disappointing I didn’t find more but considering the tickets I have now incurred, probably for the best!