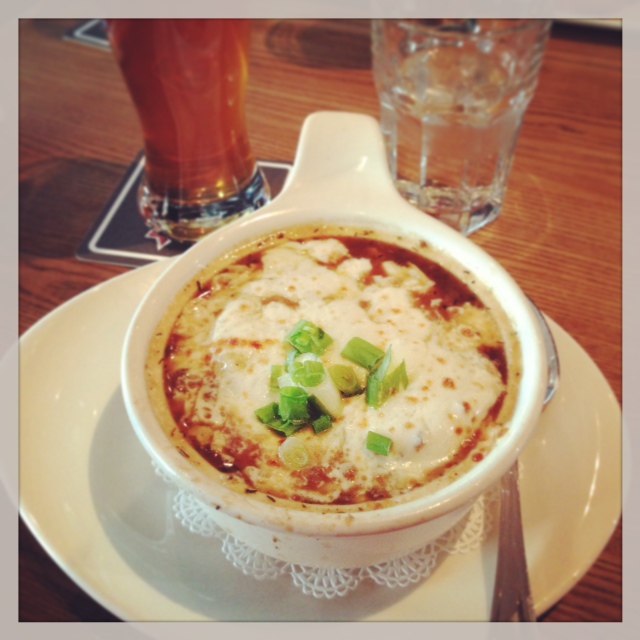 Friday night I got together with my bestie and her man for a little double date action.  We went out for dinner and to watch the Sens game.  Despite not being a big hockey fan, I figured watching the game was inevitable since it was such a make-or-break game so I suggested the four of us go somewhere.  I had the delicious French Onion soup at Big Rig, which is becoming a tradition.  Despite the Sens loss, we had a nice time. 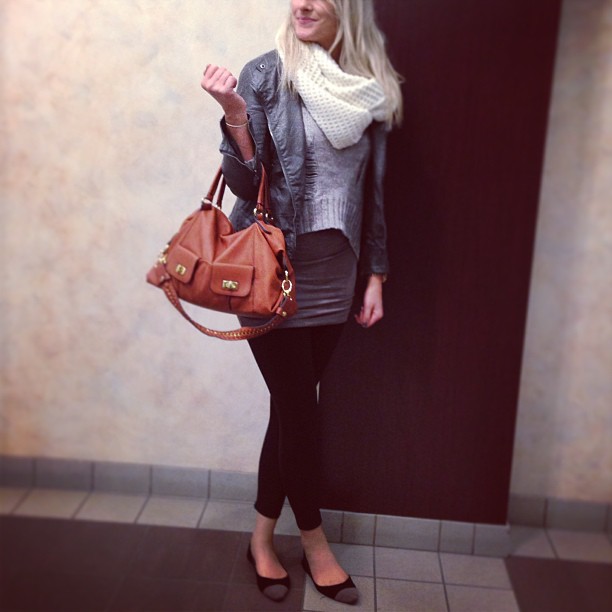 Saturday morning (er…late morning) we went out for breakfast and then did some shopping. 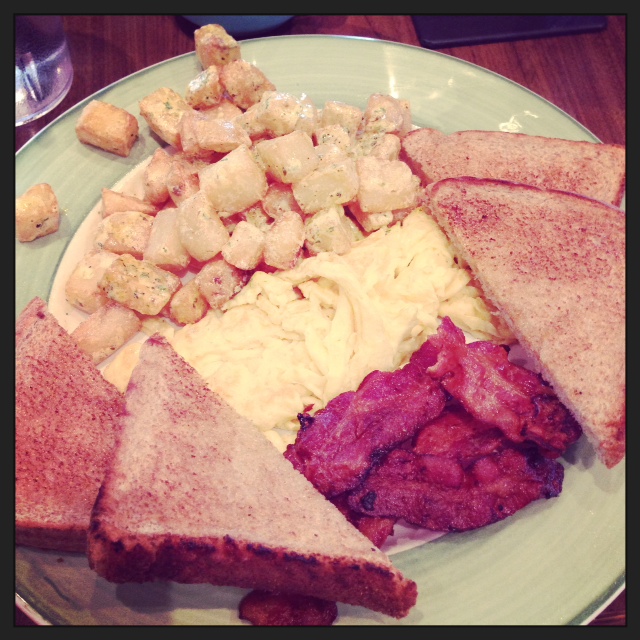 It’s been a while and this tasted extra good (I only ate half my toast). The new lamp I bought (you can see the before lamp HERE) from Home Sense.  Which, btw, I’m so excited about.  I haven’t bought much new stuff for my apartment (other than organizational items like rolling racks, an armoir, decorative storage bins, etc.) because I already have so much home stuff (most of it being stored currently at my parent’s house).  However, when I saw this lamp, I fell in love and and decided to pull the trigger.  The shade on the previous lamp was black which ultimately was not matching my chocolate colour scheme but I was making due.  This helps the space feel closer to being complete; next up: swap out half the curtains which are black, and borrow, for dark brown. 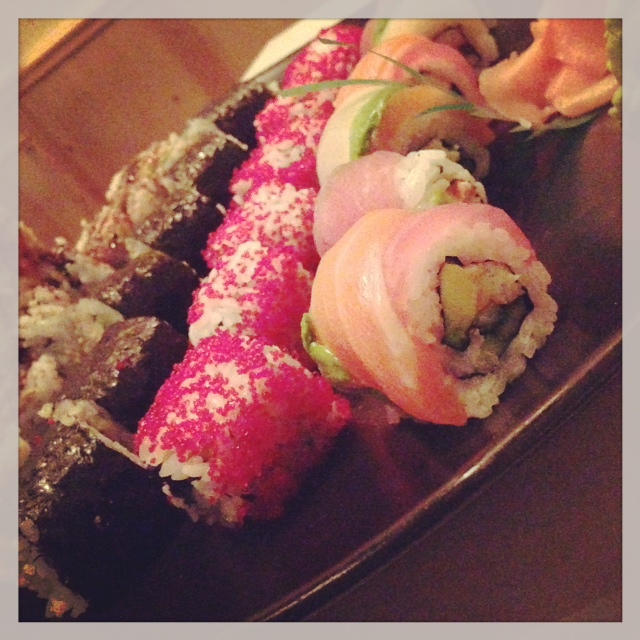 Saturday night impromtu date night at Genji.  I had never been and it was amazing.  It’s been so long since I’ve had really good sushi out as for the past while I’ve been doing the all-you-can-eat thing.  This was fresh and so delicious and the atmosphere was gorgeous.  Afterwards, we walked about 10 blocks to get Gelato. 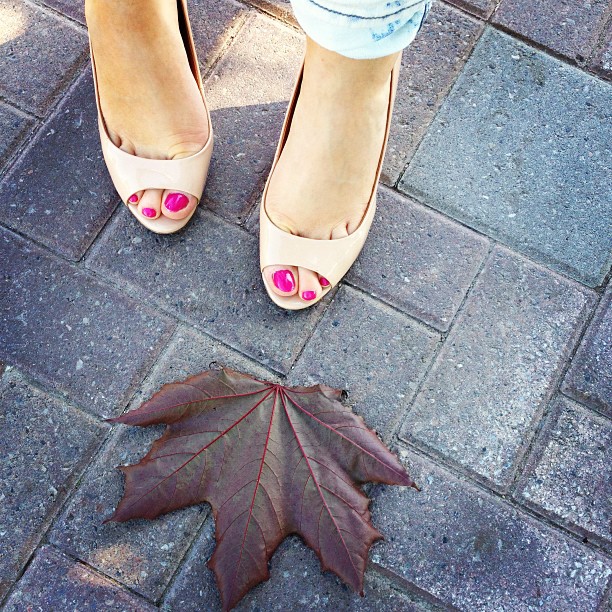 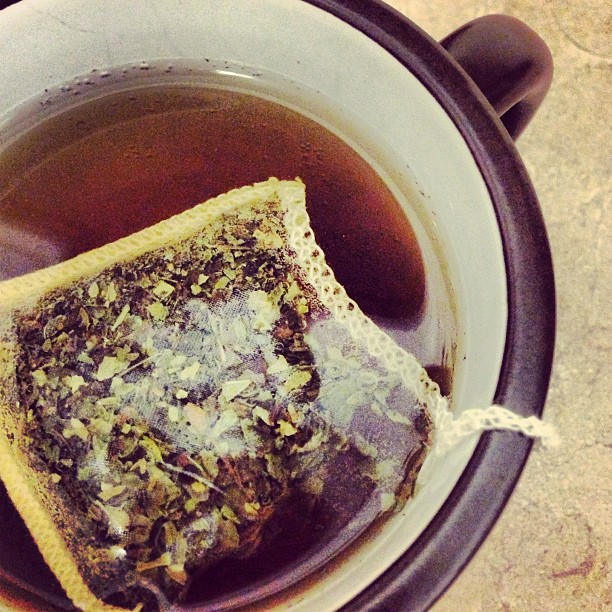 On Sunday I spent the day just relaxing, filmed a couple vlogs (which still need to be edited) and later went out for some groceries.  My apartment was freezing because I like to keep the windows open and since it was so chilly yesterday, I was walking around in a hoodie and a blanket to warm up (after shutting the windows, obvi).  I made some tea to help me warm up. 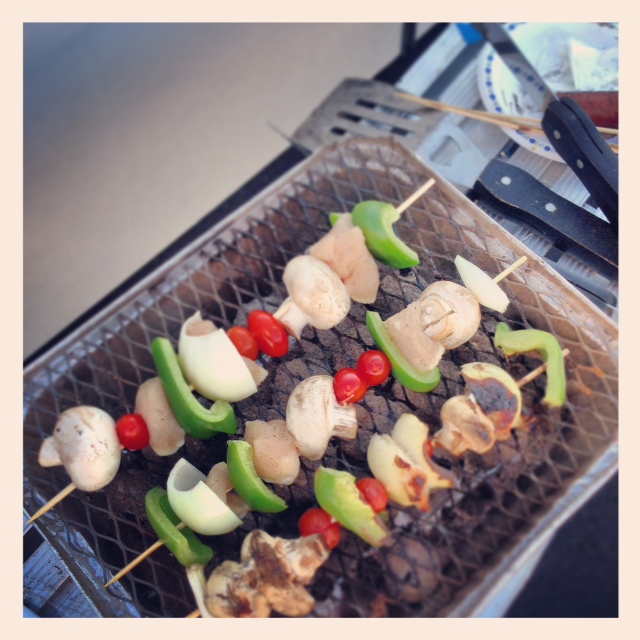 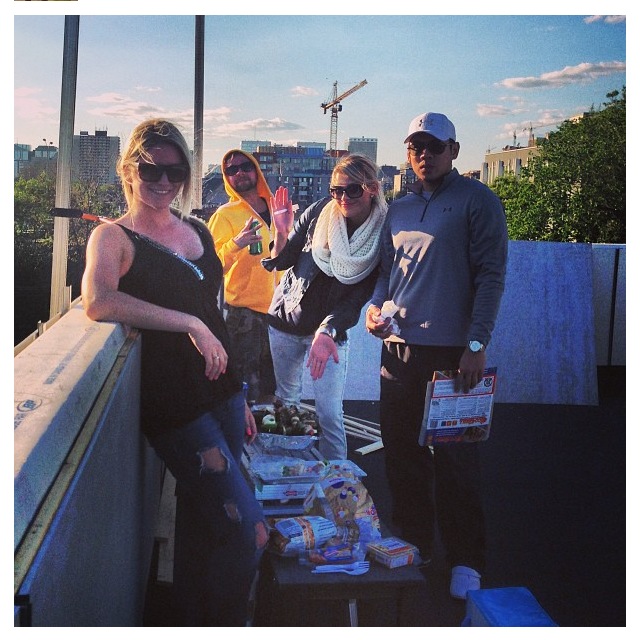 For Sunday night I made chicken shish-kabobs for a BBQ we went to.  Turns out, it wasn’t much of a BBQ, more of a make-shift foil/charcoal BBQ, haha, but it still worked and cooked the food.  Summertime with friends is where it’s at. 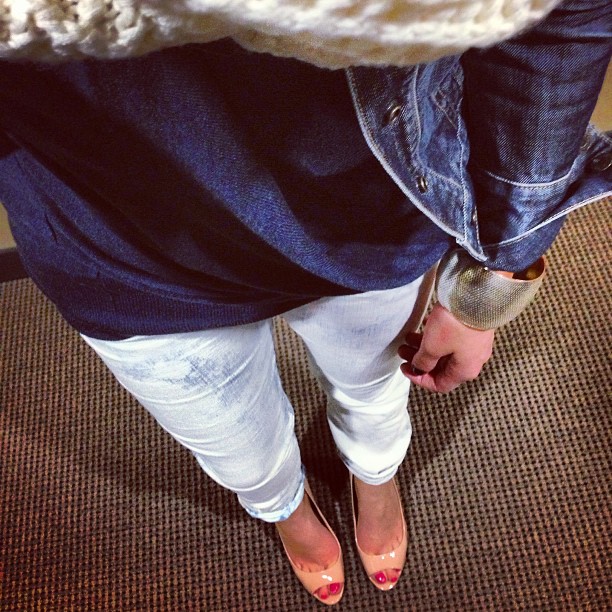 Sunday’s outfit (once I finally rallied and got dressed).