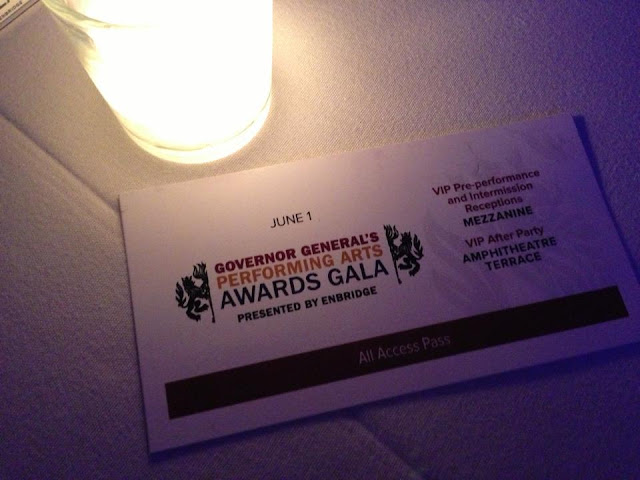 On Saturday, I attend the Governor General’s Gala.  It’s a formal, annual event held in Ottawa where they celebrate great Canadian performing artists.  The evening started with mingling amongst appetizers of sushi, mini quiche, bite size salads, small bbq’ed veggie skewers, rice balls on a stick and more.  The drinks were flowing and everyone was out in their best attire.

After about an hour, we were ushered into the large theatre where we watched different presentations, dances, speeches, the orchestra performed, etc. to celebrate each of the artists being recognized (I think there were seven of them).  There was an intermission and more recognitions, but the best part was the VIP After Party on the roof top.  Keep reading below for more… 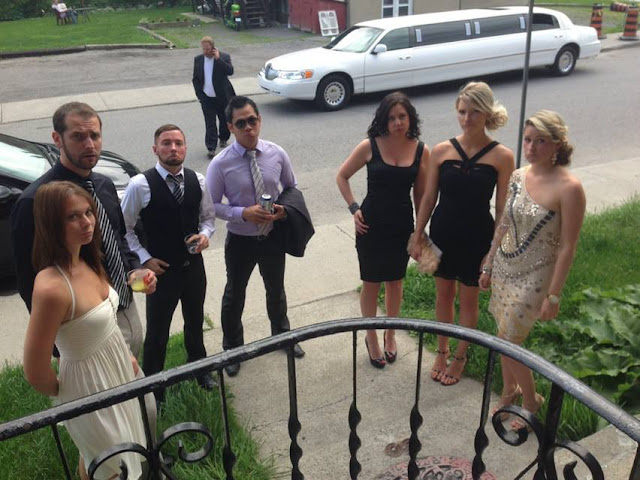 The boys coorindated the rental of a limo for our evening to make it extra special, however, upon arrival, the A/C wasn’t working.  It was one of the hottest days of the year and just standing around on the front stoop here, we were melting.  Can you imagine piling all these peole into an un-air-conditioned limo?!  Yikes.  In the end, we ended up driving ourselves there.  Sad faces. 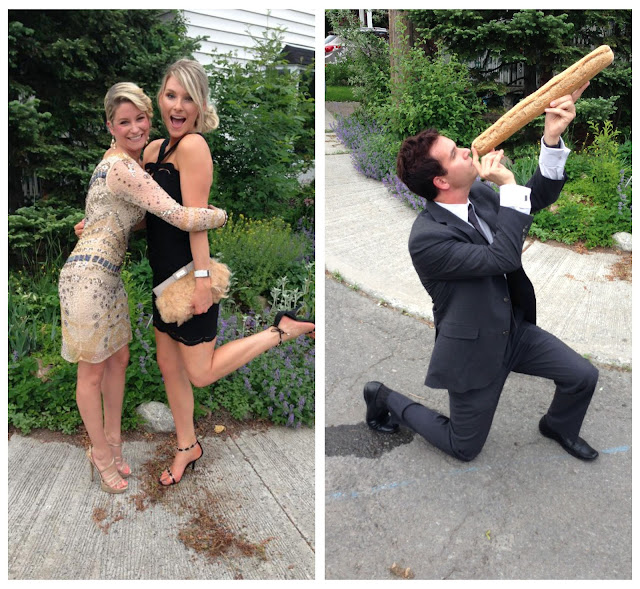 Again with the Baguette-Me-Nots photo ops. 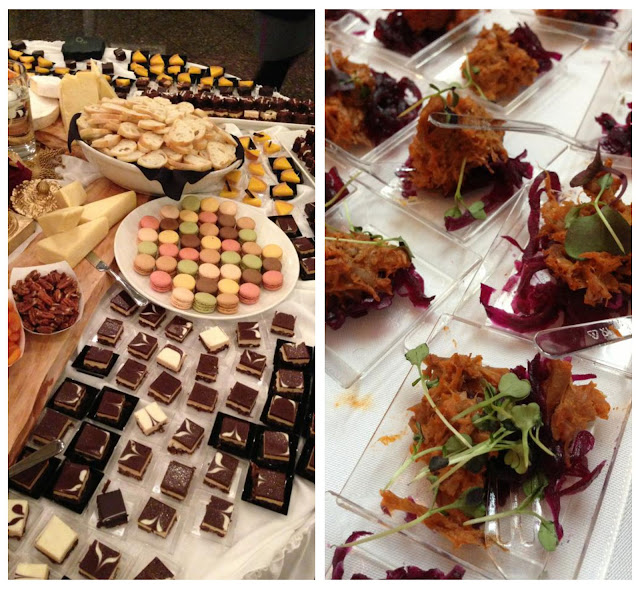 Once there, the food and drinks were flowing.  On the left is the dessert table which was served at the end of the night with huge cheese platers.  It was also my first time trying les macarons (they were ok).  On the right is a duck confit bite-size salad which I could not get enough of–I must have ate about five of them! 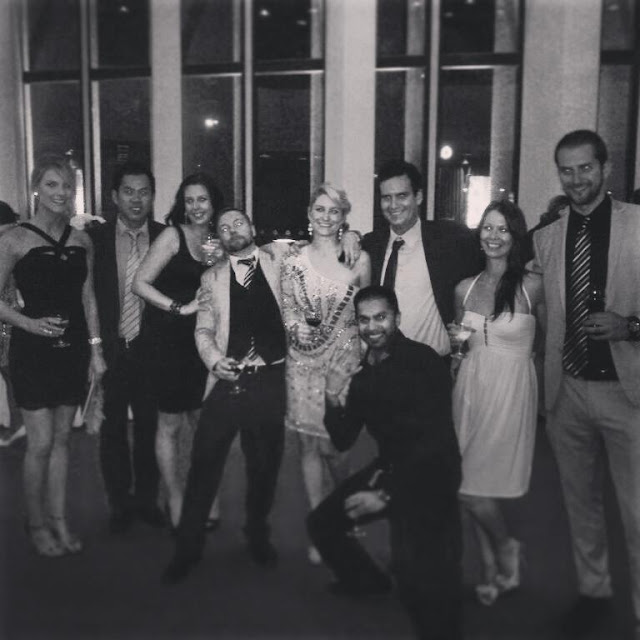 The entire group, clearly having a great time–please note the drinks in hand. 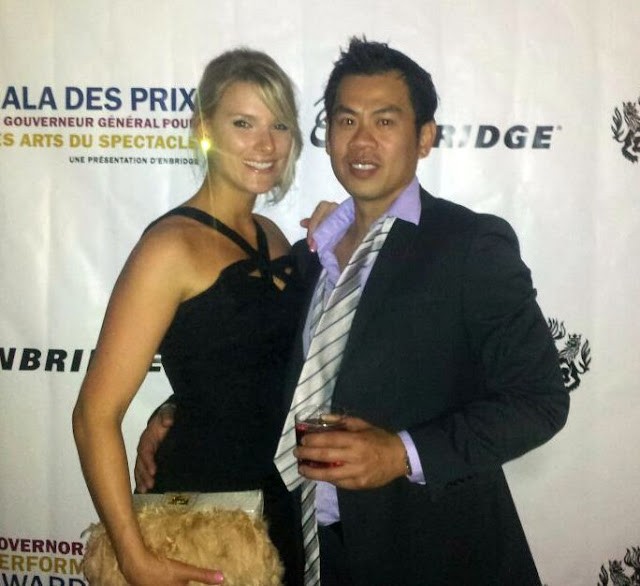 Nearing the end of the night as we can tell from the tie situation.

A panoramic view of the roof-top tent area.  Hard to see but there was a ton of food, drinks (they were strictly serving Belvedere vodka, if you wanted vodka #ohyoufancyhuh), a live band that included a celo, beautiful chandeliers, and just a great time overall. 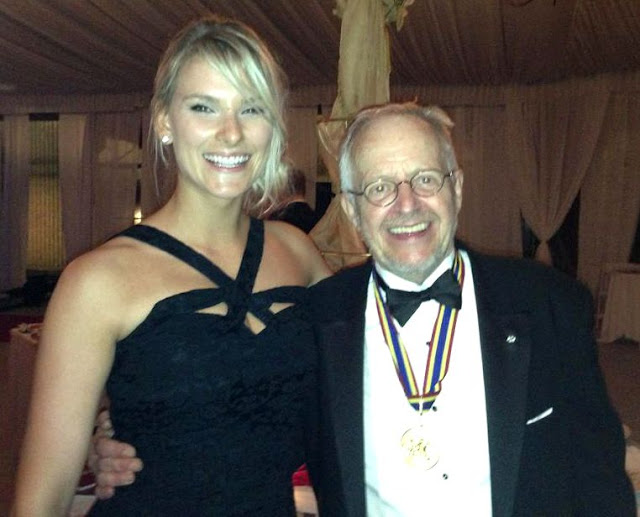 And a fun shot of Eric Peterson and myself.  He is a Canadian actor on the television show Corner Gas and was being honoured that night.

(All photos taken with my iPhone 5 & a friend’s Android).