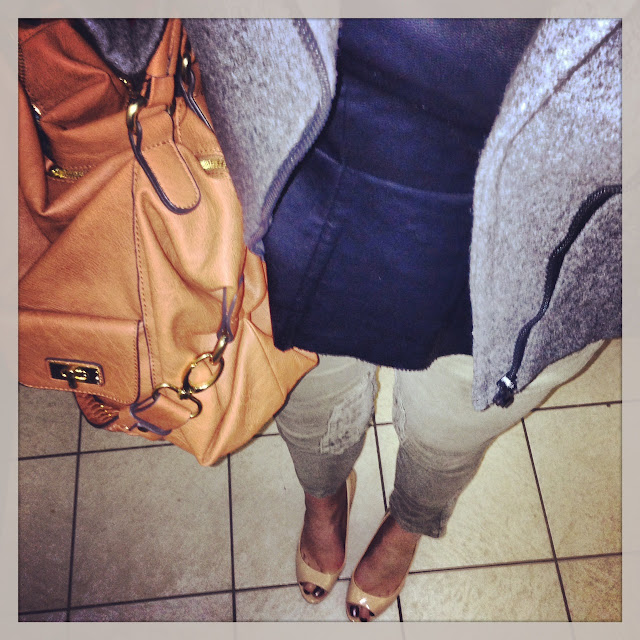 Although it wasn’t the weekend, Wednesday night was a mini birthday celebration for a friend and this is what I wore.  I already had my faux-leather peplum top, I just swapped out my work attire for my Zara utility-style pants, wedges & an aysemtrical jacket to make this more casual chic. 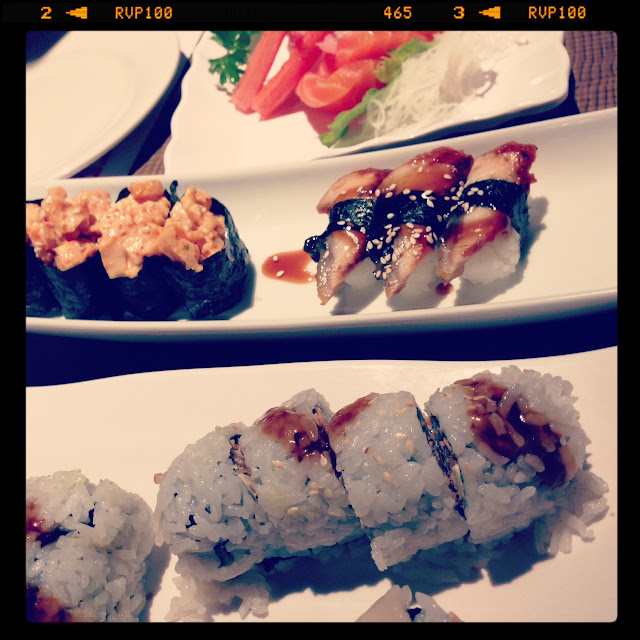 This past weekend was so fun and I was so bummed last night that it was coming to a close.  Friday night the man and I went for sushi, which was great.  Afterwards, we headed to a friend’s place for an evening of karaoke.  I don’t ever sing in front of anyone, but the night ended up getting quite messy and hilarious (with a noise complaint and a visit from the 5-0 to boot!). 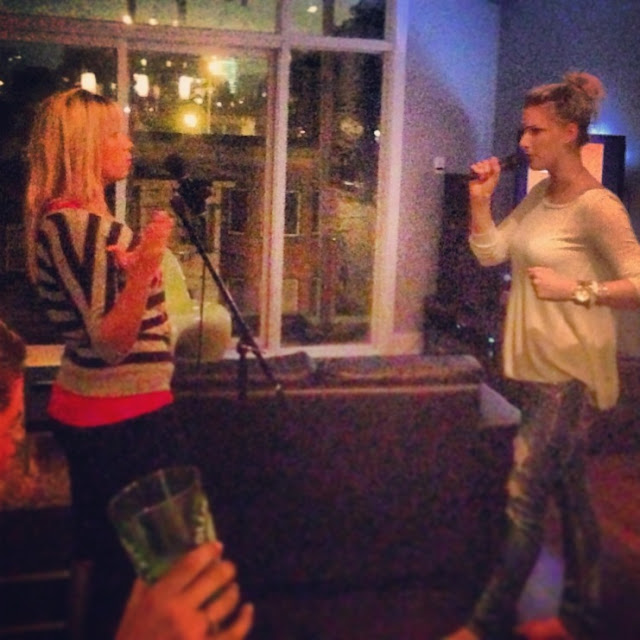 Sarah and I love bad bi+ches and that’s our f-ing problem. 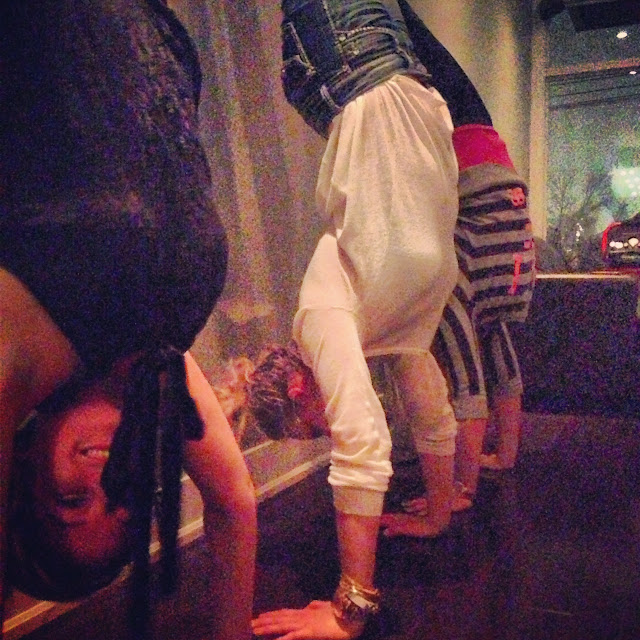 Then the handstands started… 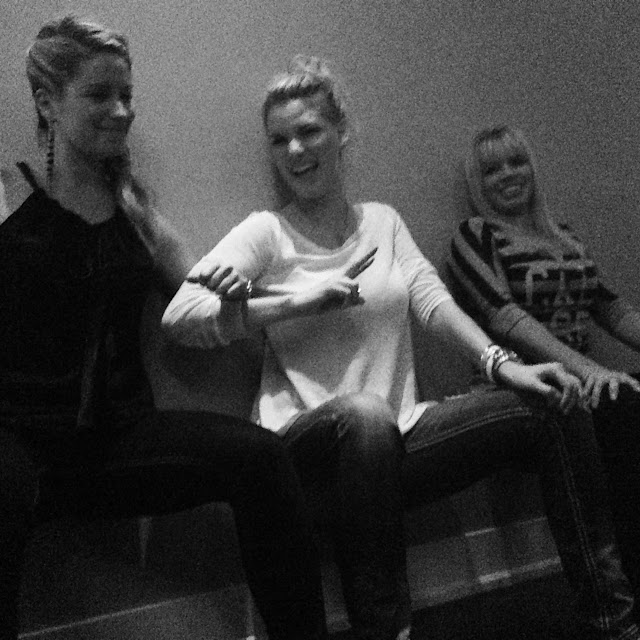 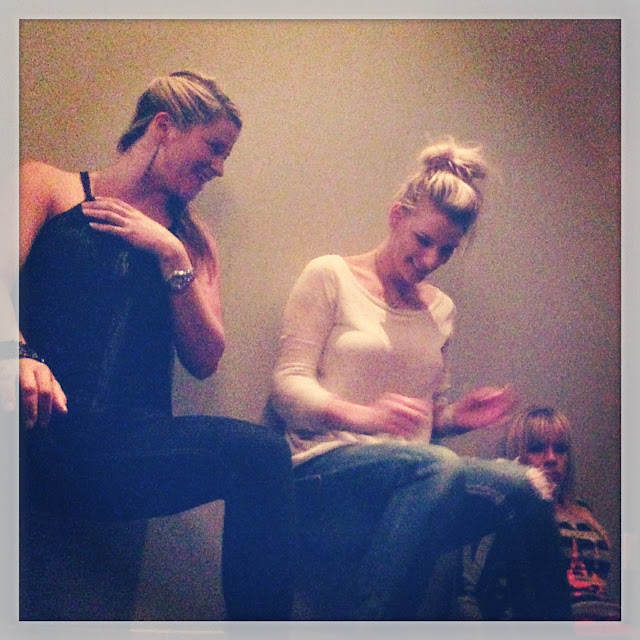 …and then there were two (and I gave up next). 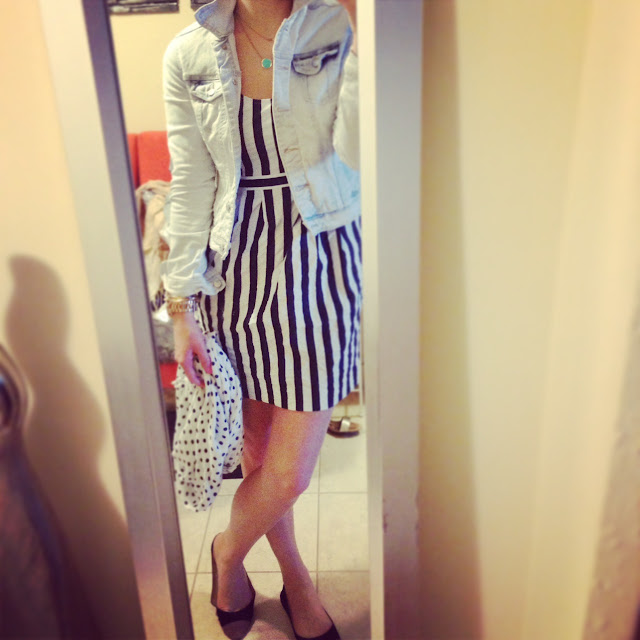 Saturday morning I thought I felt okay so out to breakfast with a girlfriend I went. 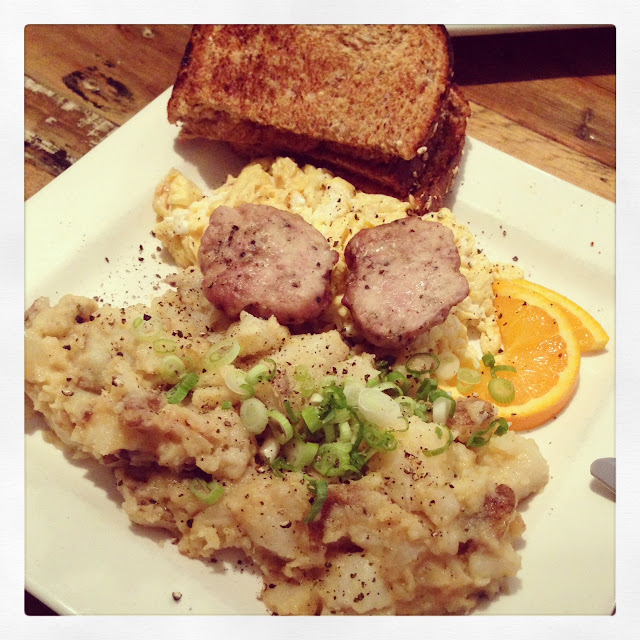 We ate at The Standard, which I’ve really only known as a night-time hot spot, but the breakfast was quite delicious.  I extra enjoyed the in-house-made sausage patties (and I’m normally a bacon girl). 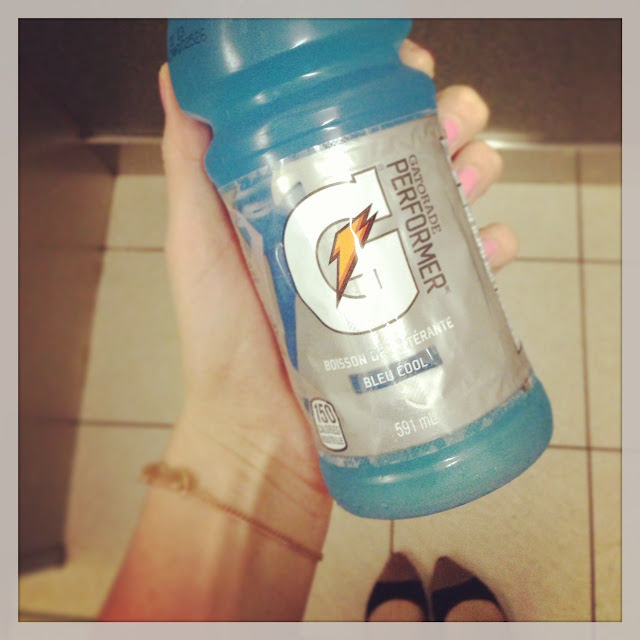 We did some shopping afterwards and then the awfulness that is a hangover kicked in.  I went from feeling pretty good to feeling terrible in the late afternoon.  Ugh.  I grabbed some Gatorade and took a nap, which helped. 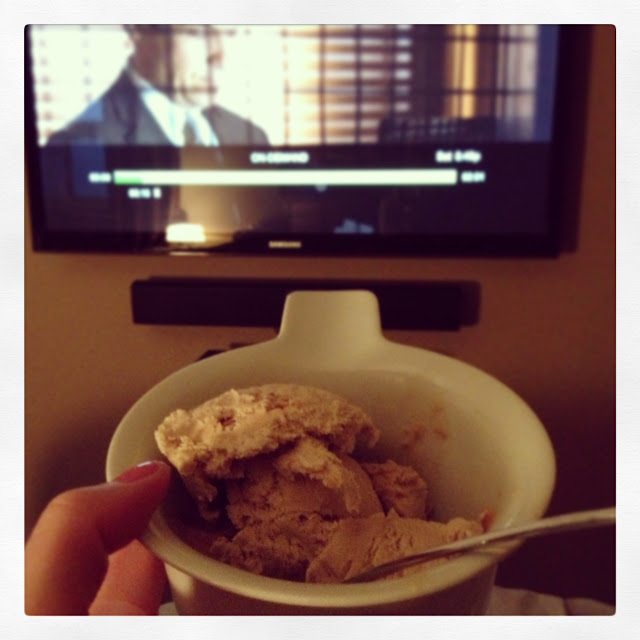 That night ended up being a movie night (Identity Thief, it was okay) & the goodness that is peanut butter ice cream (omg). 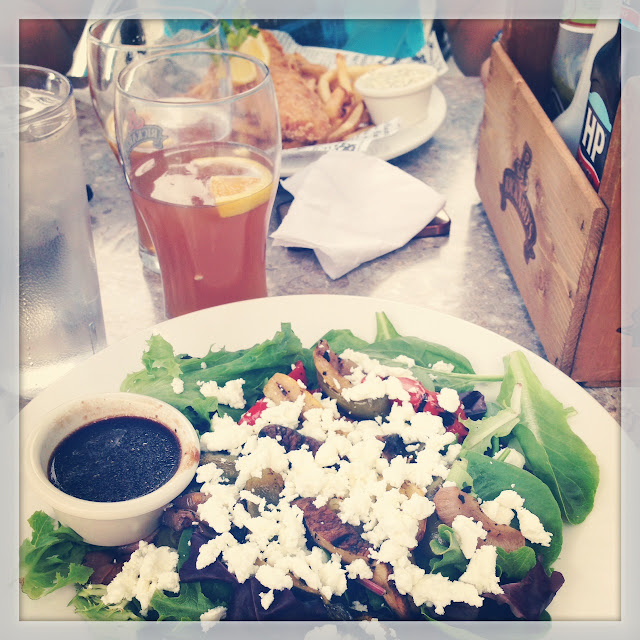 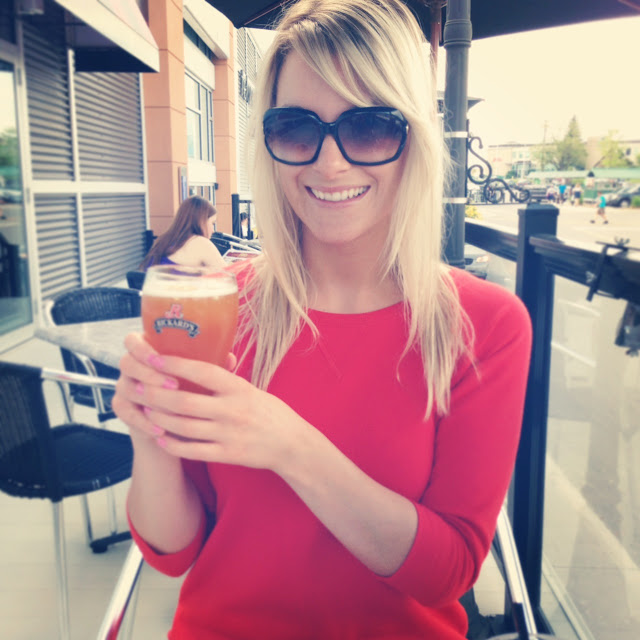 Sunday I felt much better and it was a random day where the man and I did some shopping in various parts of the city, went out to breakfast, later sat on a patio for an early dinner & beers at The Firkin & Knight, got groceries and just general day-off-ness. 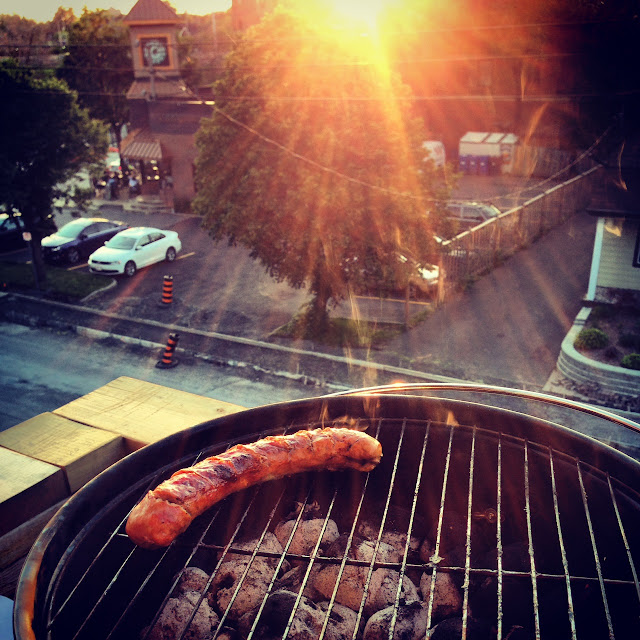 We later decided to swing by Skybox to catch up with friends and have a little BBQ snack to end the weekend right. 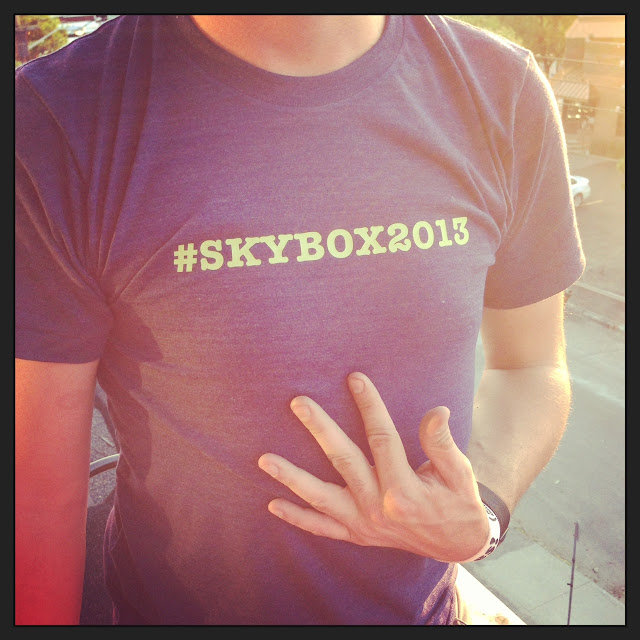