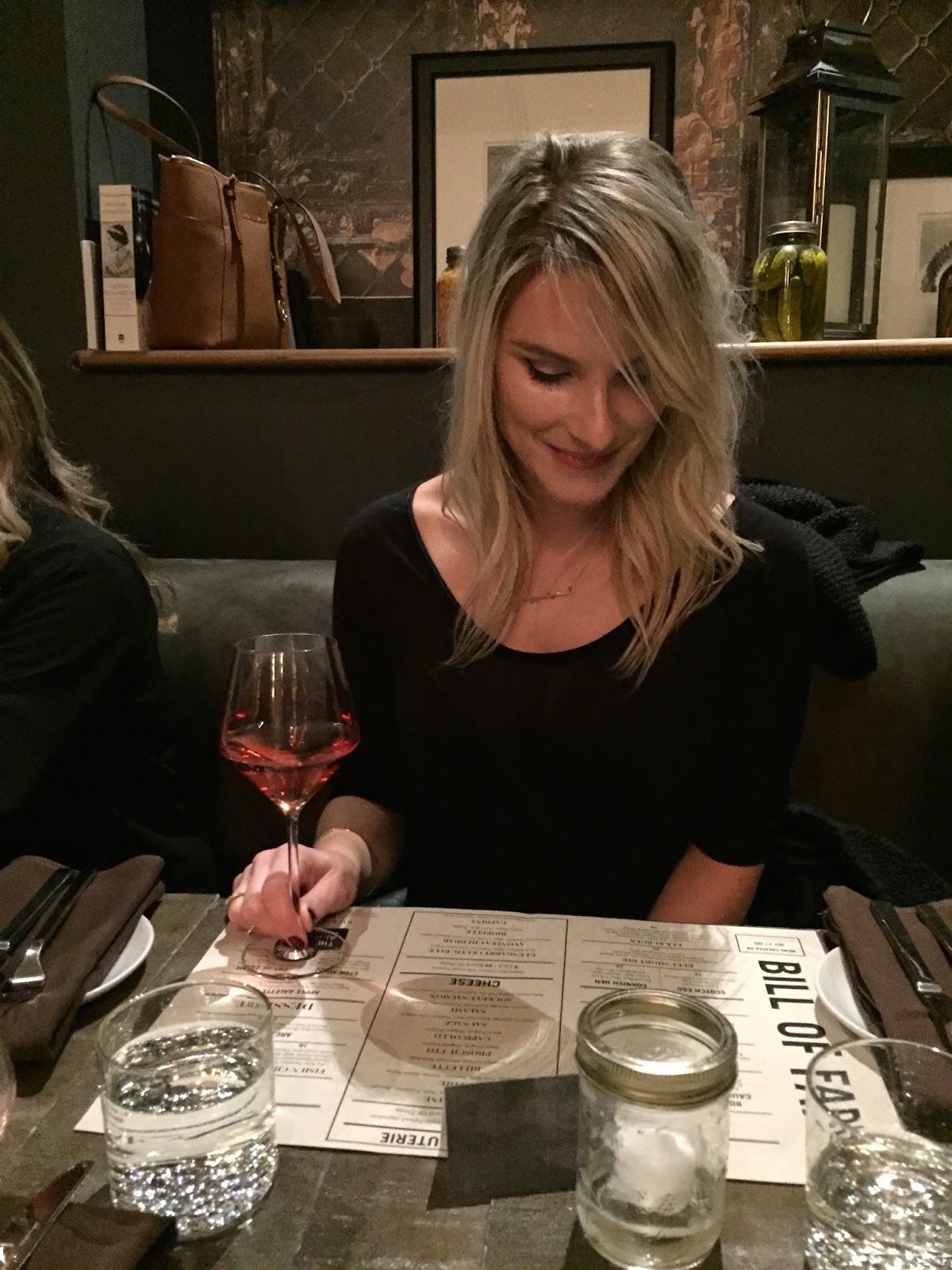 Last night we went to The Albion Rooms in the Novotel hotel to celebrate a friend’s birthday.  It was my first time and it did not disappoint.  The menu is small and the atmosphere is rustic meets modern with rough wooden tables, drop pendant lighting and cozy booths with pillows. 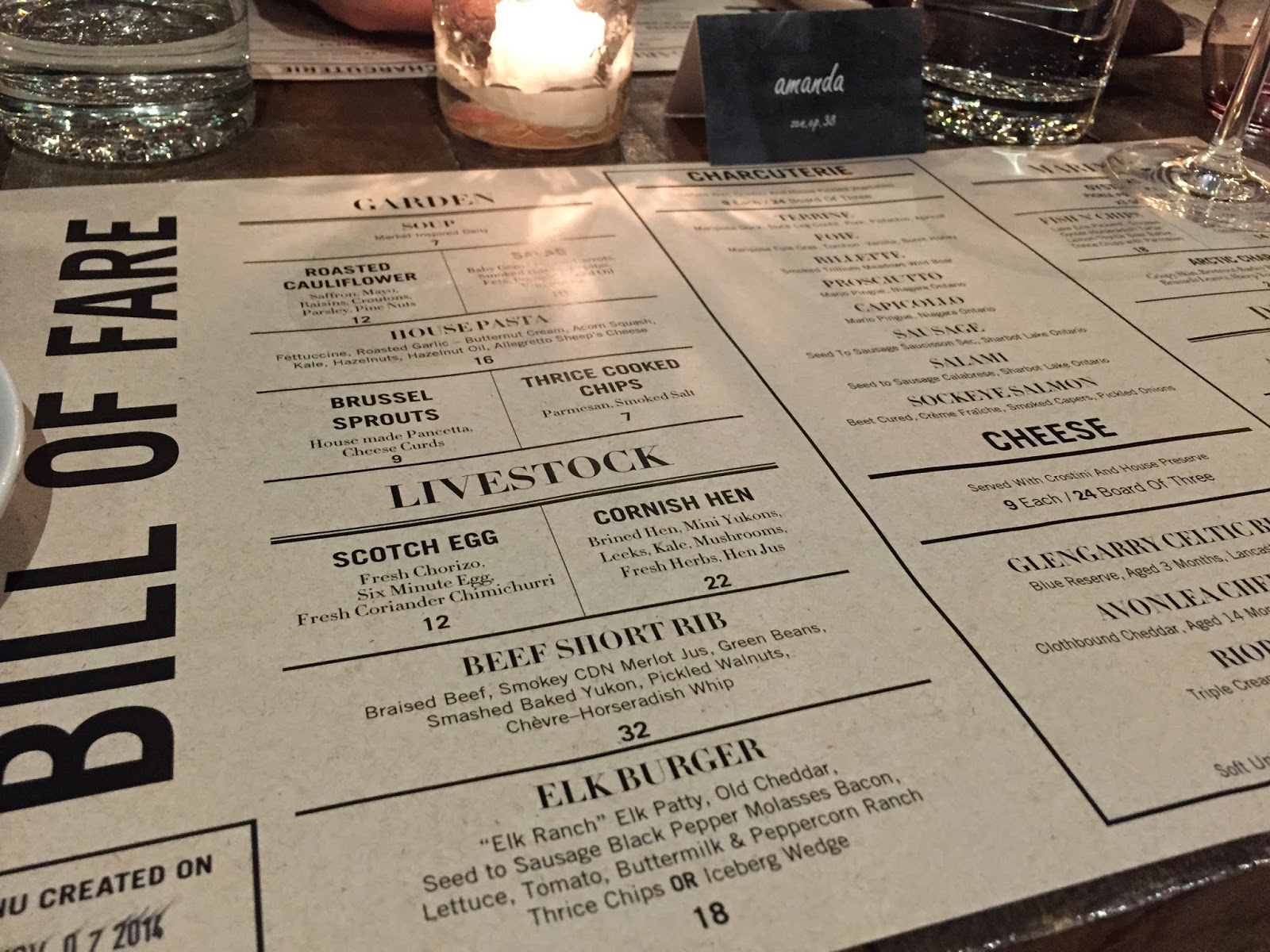 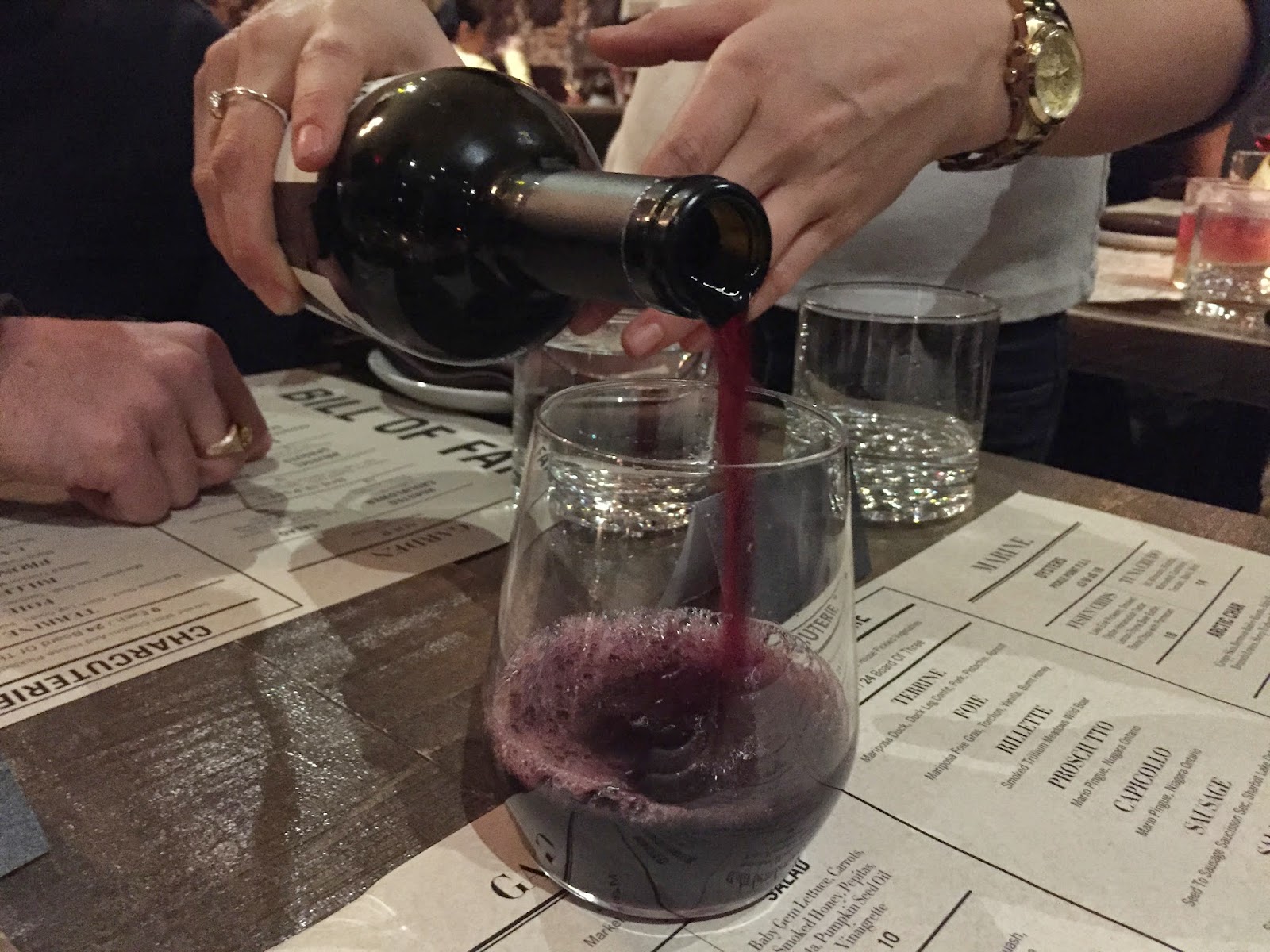 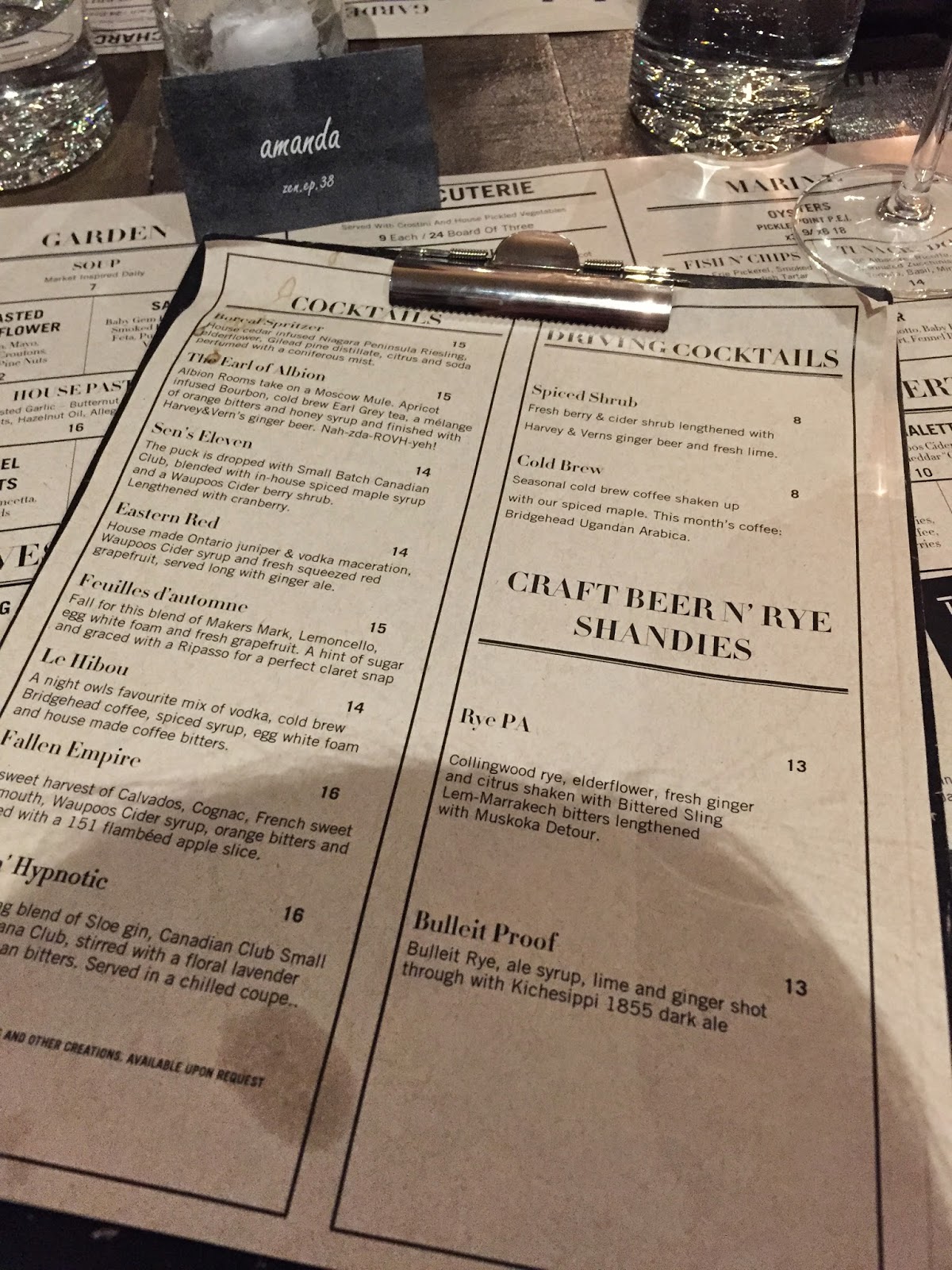 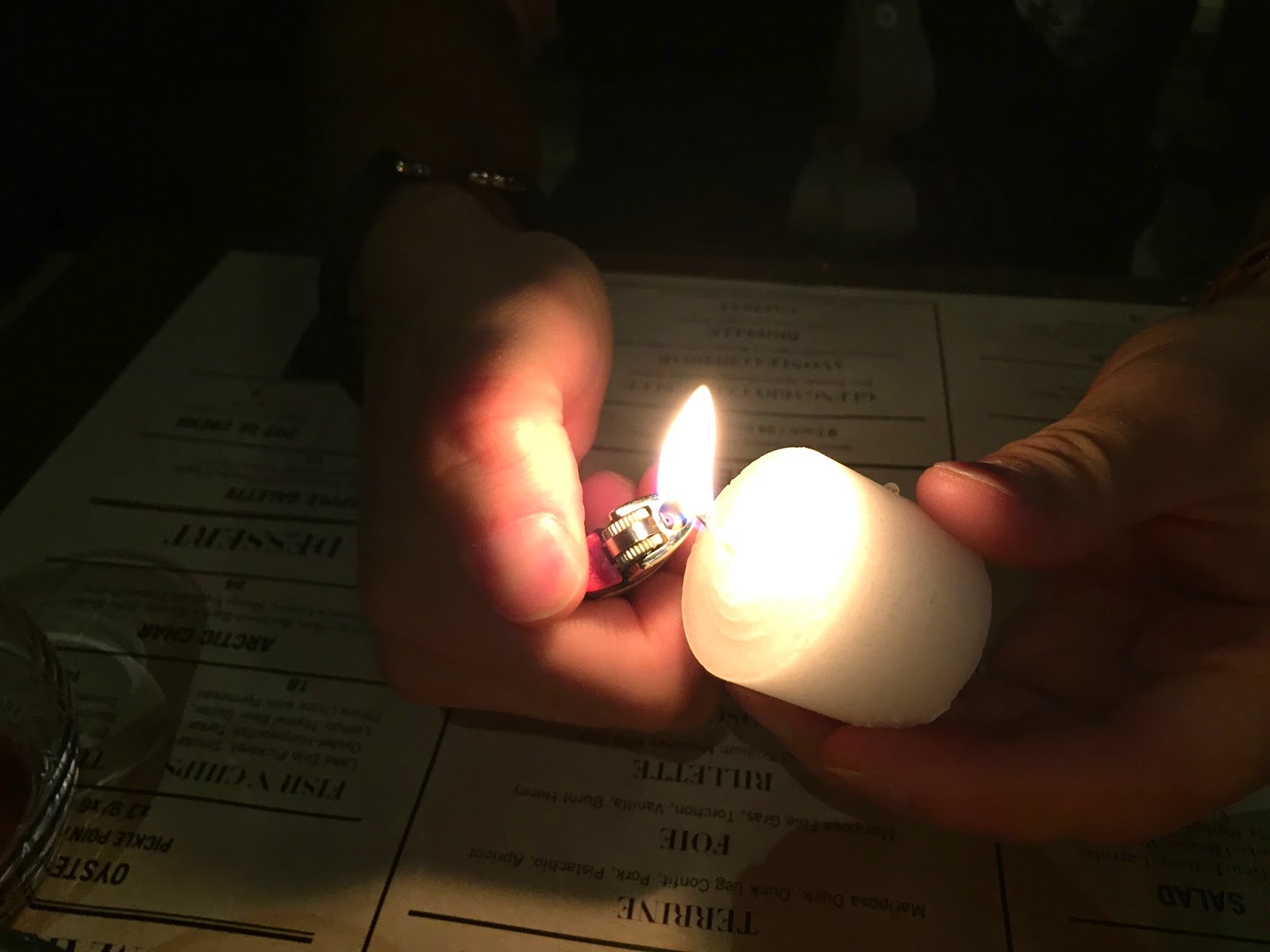 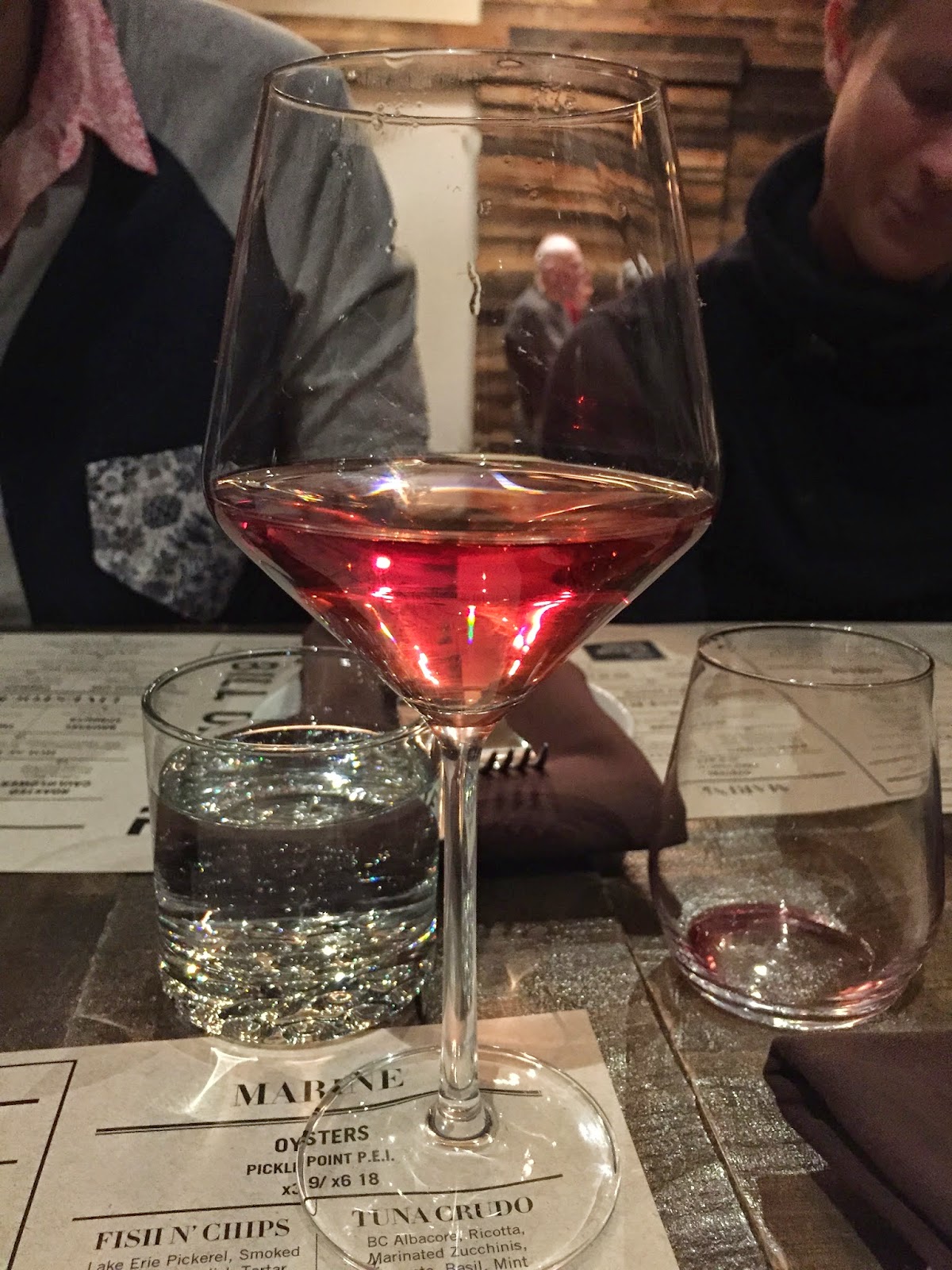 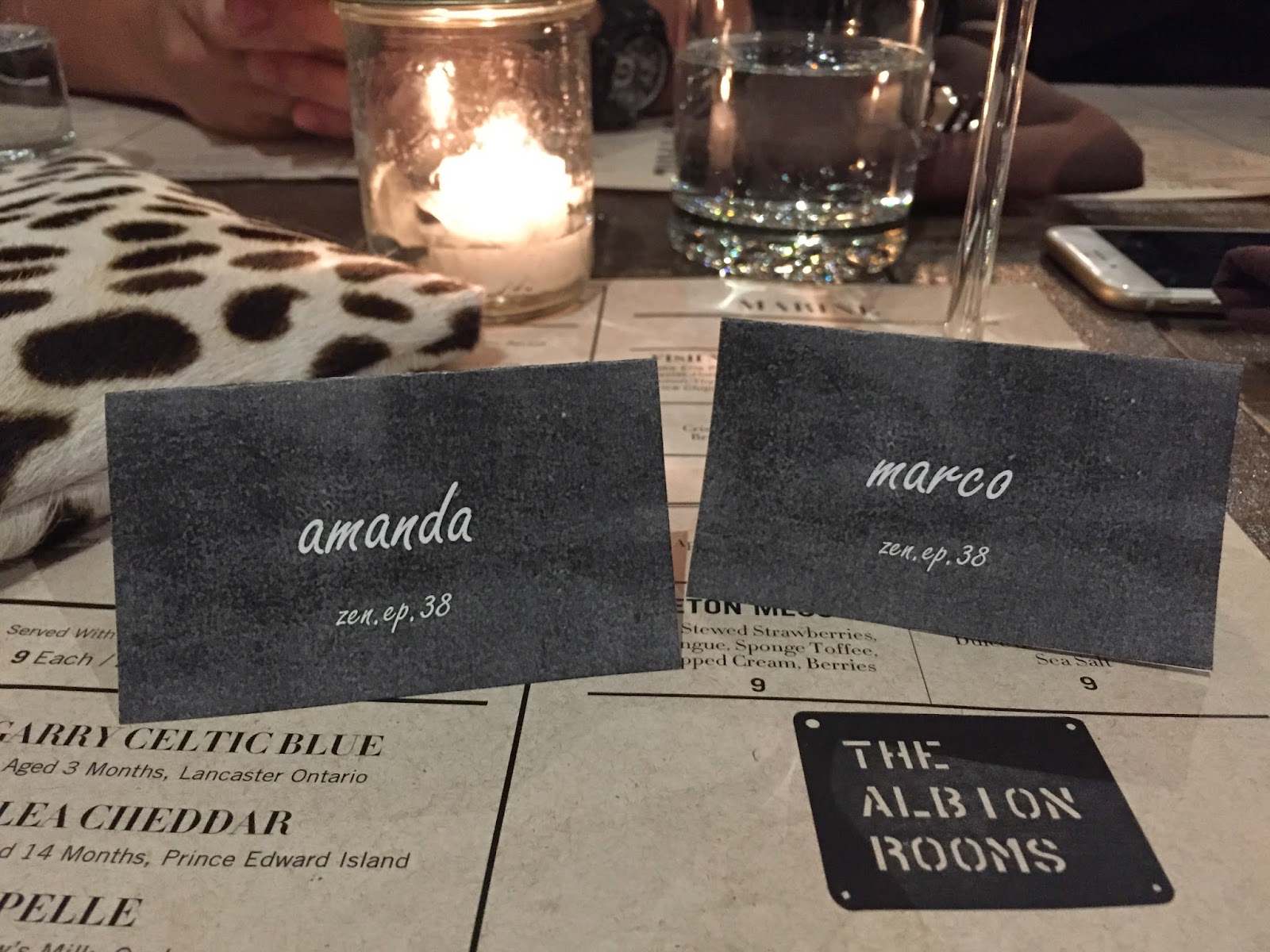 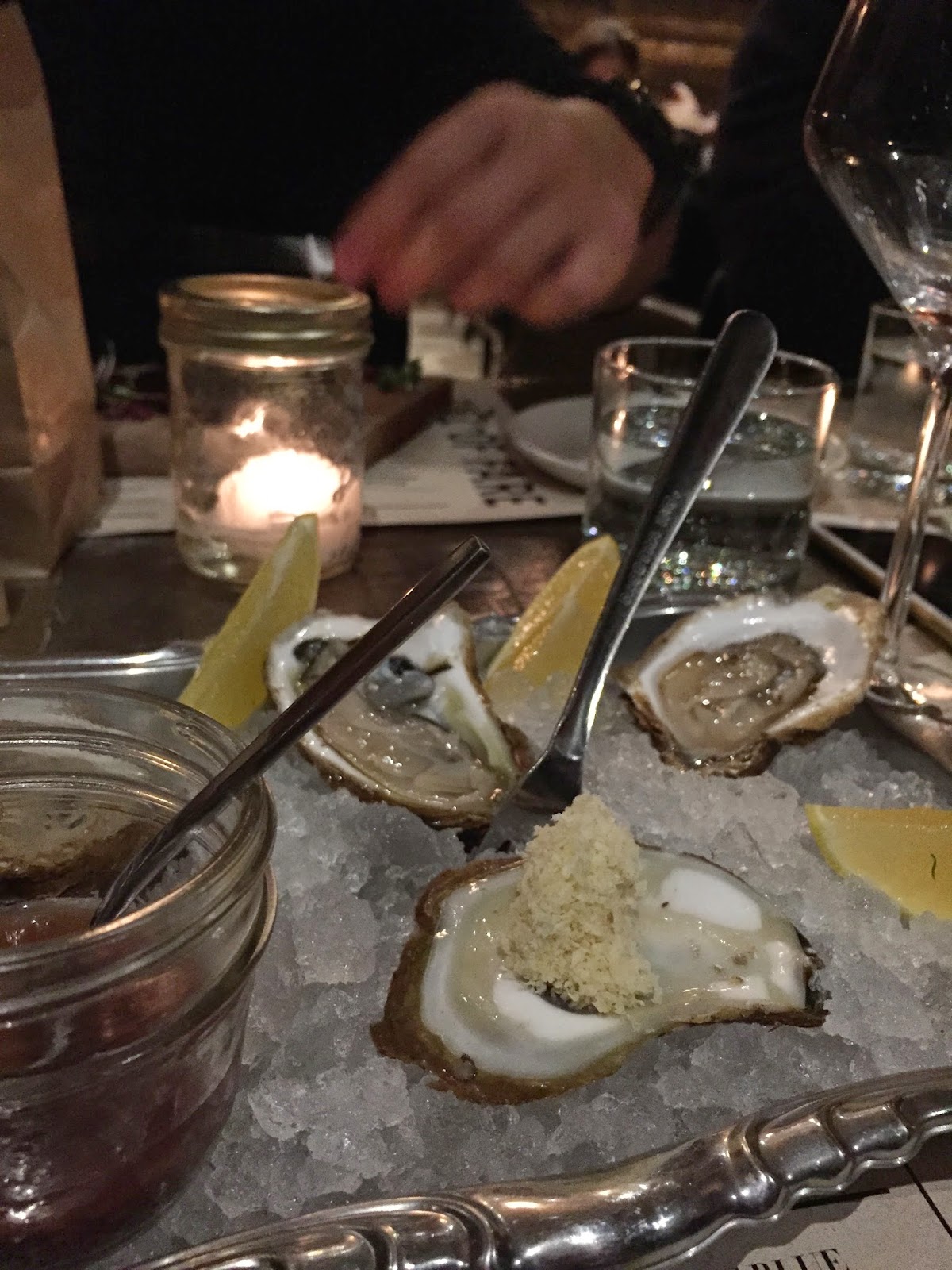 I started with oysters (something I never do) and Marco had a killer cheese plate (below) which came with a paper bag full of warm crostini. 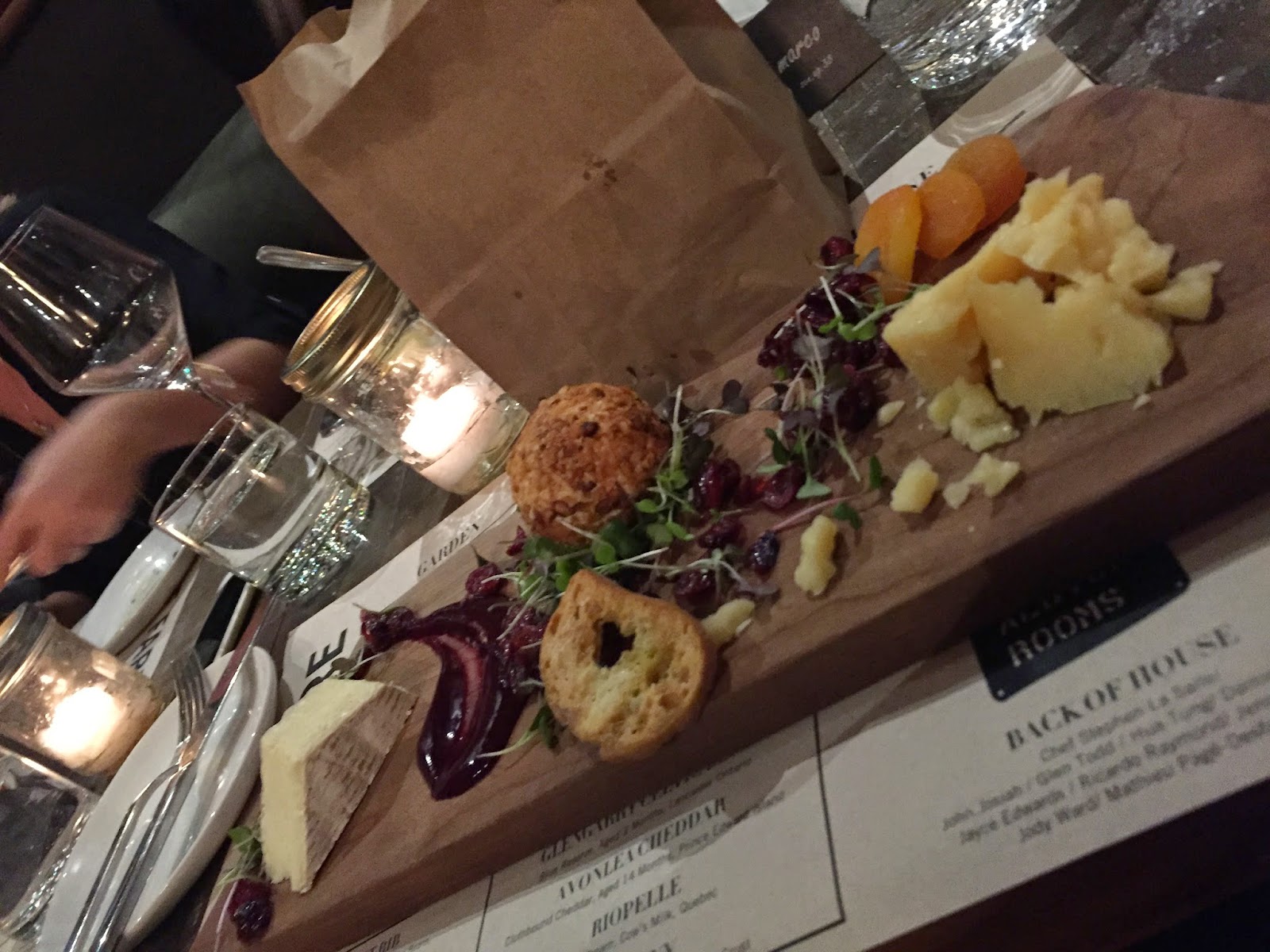 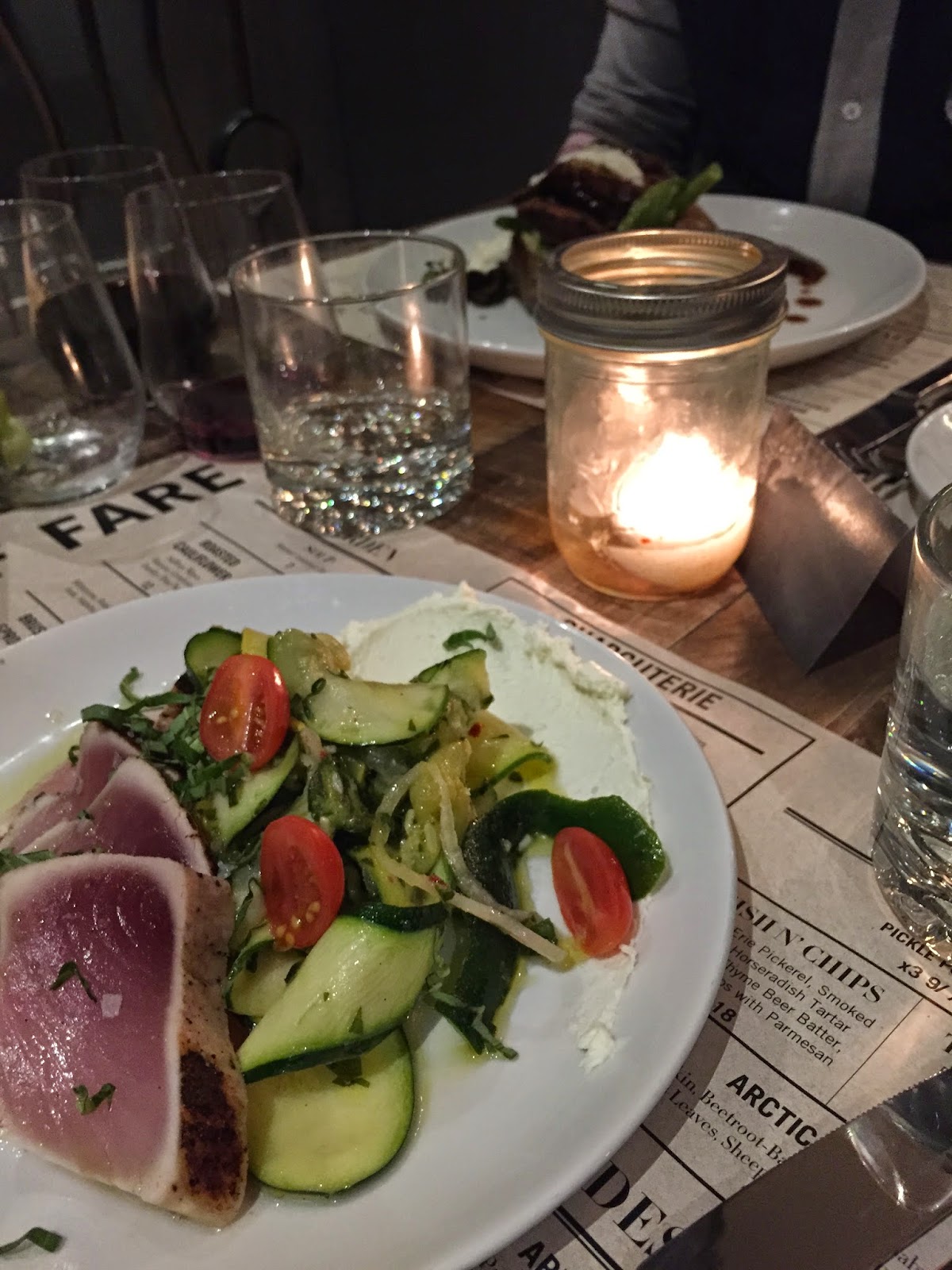 A couple friends enjoyed the seared tuna crude to start. 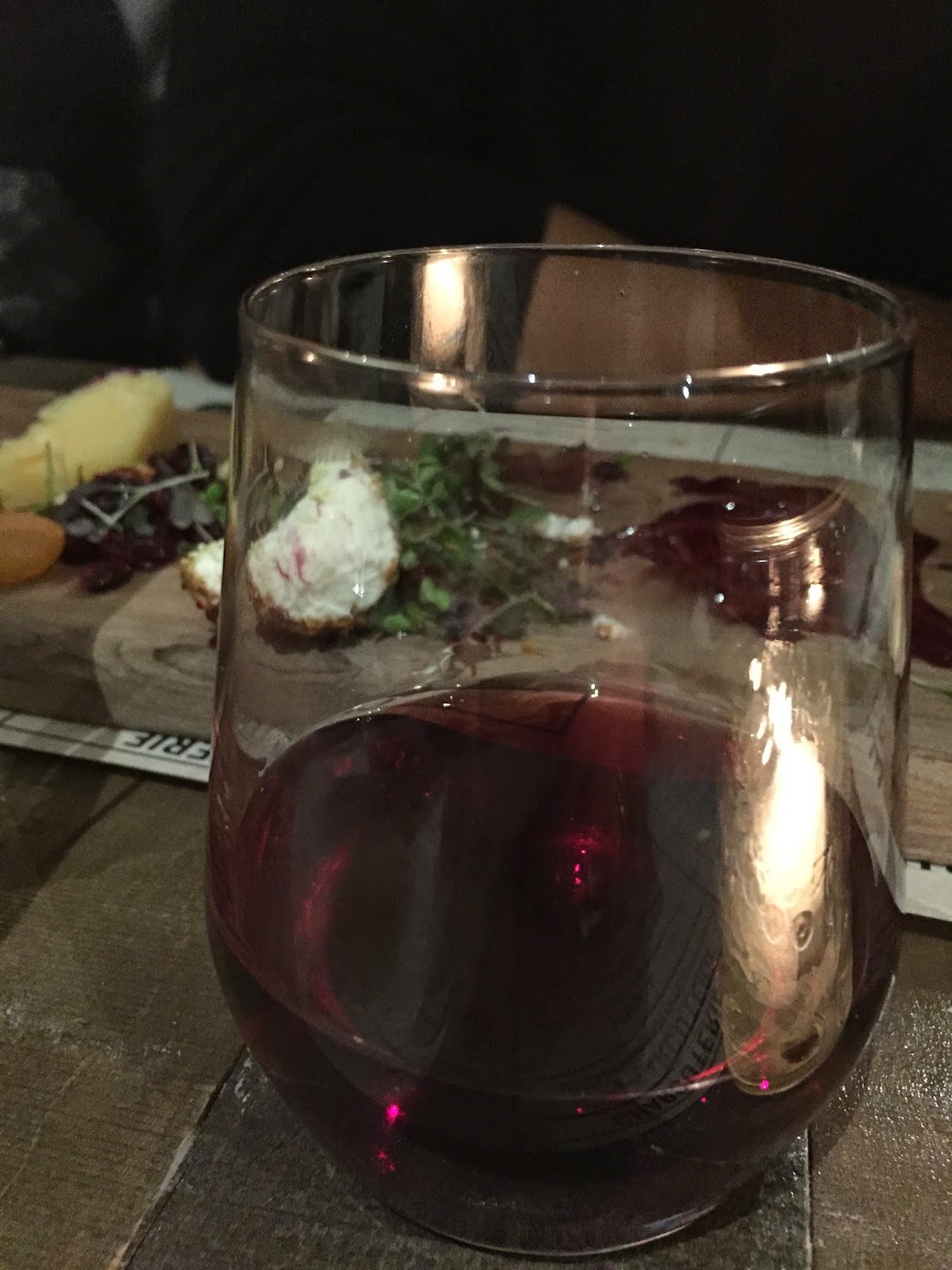 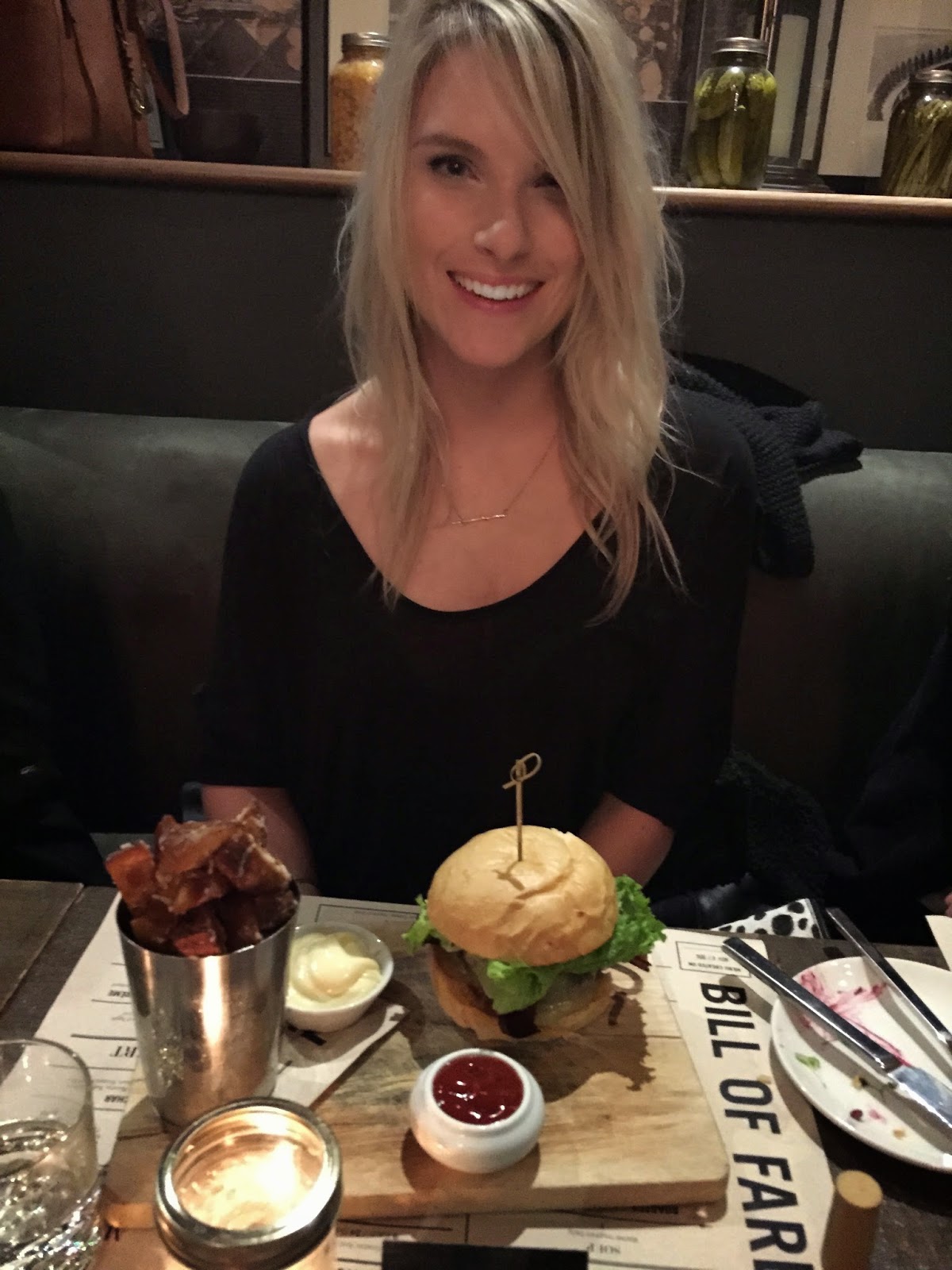 Then it was showtime; I ordered the Elk burger which came on the softest yet crisp bun with over done bacon–which I quite enjoy–cheese and regular burger toppings.  I splurged on the thrice-cooked chips (fries) that were smothered in parmesan cheese and smoked salt.  The fries were a huge hit with my seat neighbours but I’d say ketchup is required as they were thick which can make them a little dry. 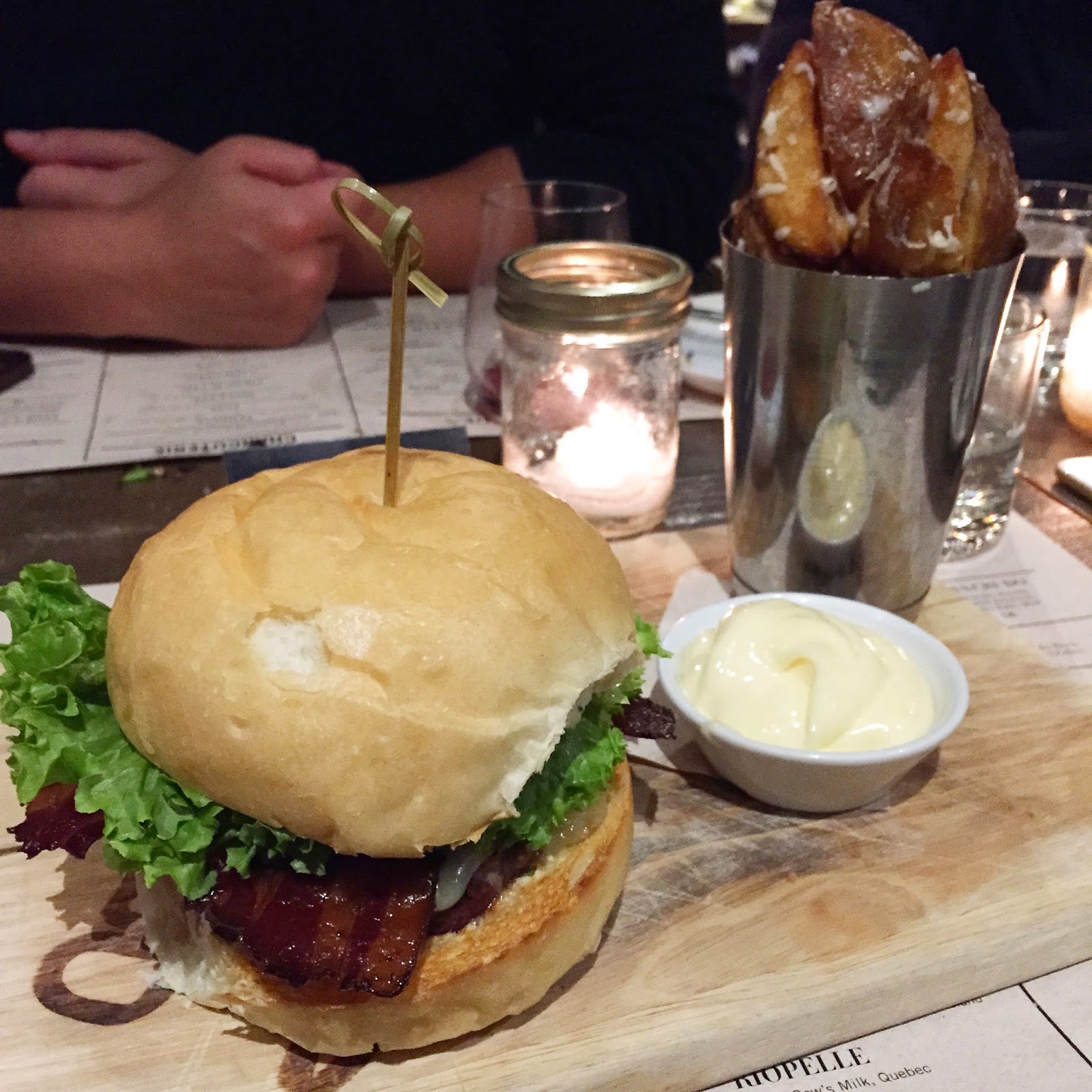 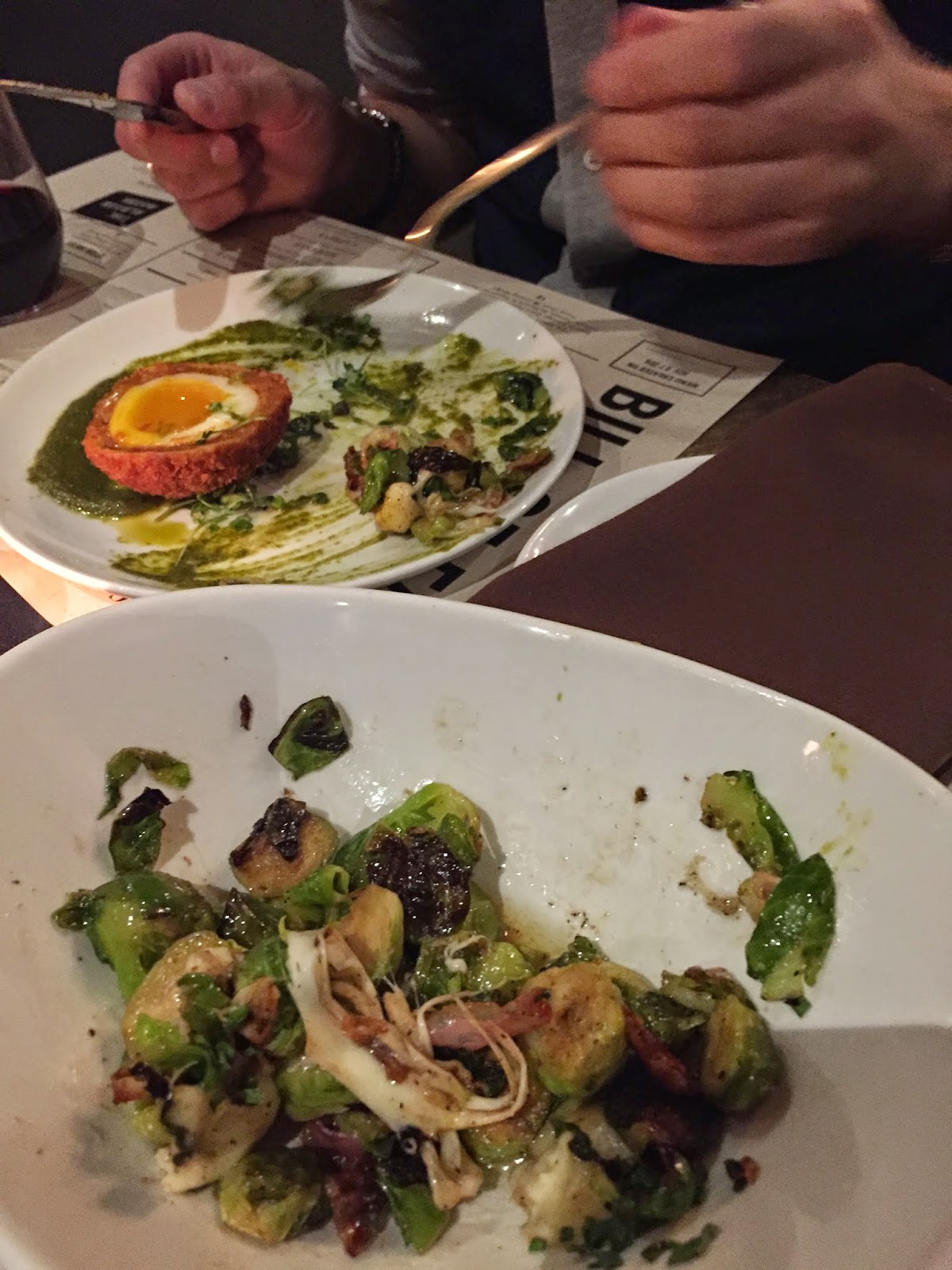 A friend had the Scotch egg and in the foreground is remains of the brussel sprouts dish which got rave reviews as it was passed around. 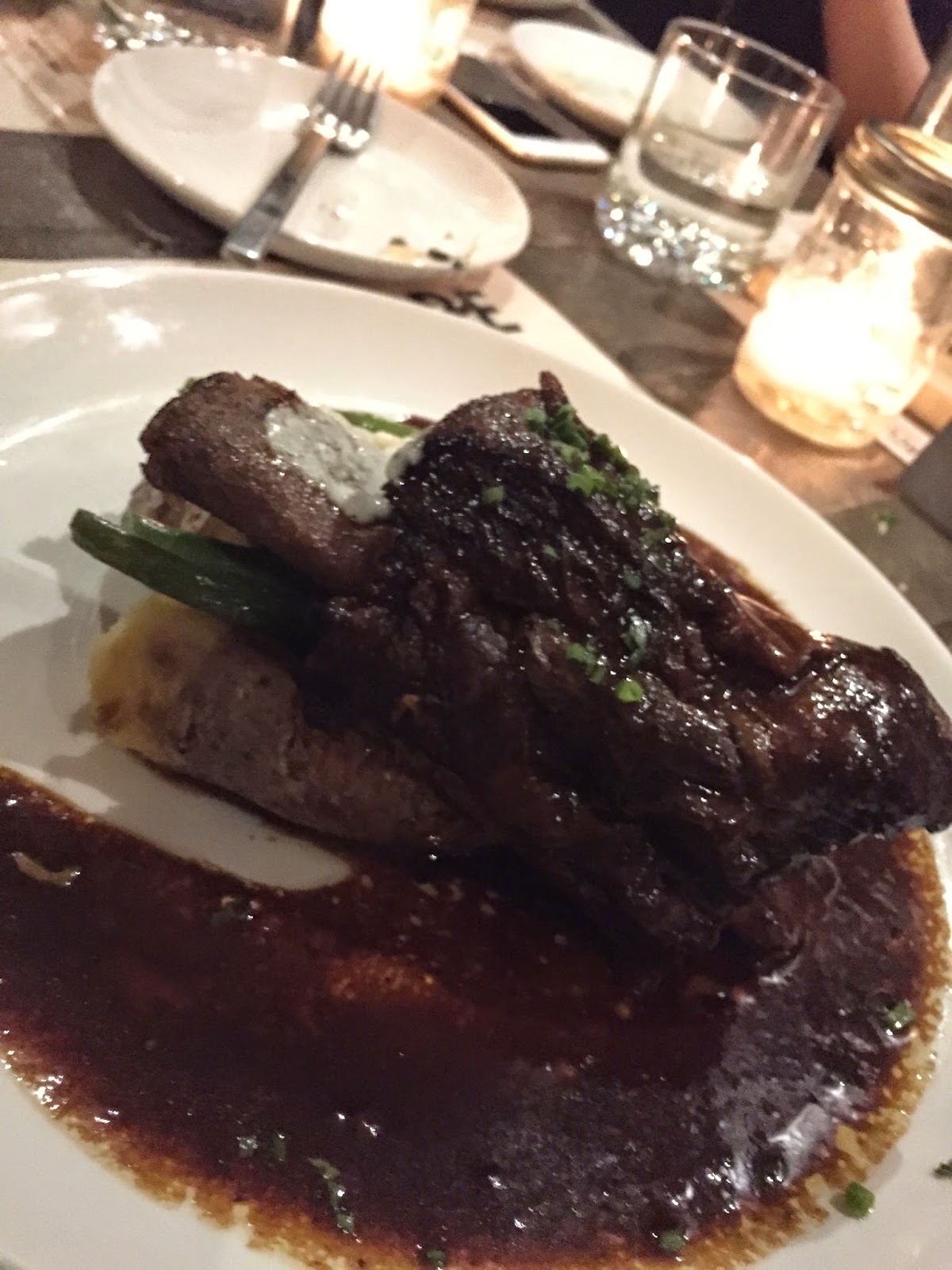 Marco had the short ribs (as did several of our friends) and everyone was going googly-eyed over these.  The meat was tender and the sauce was really well done. 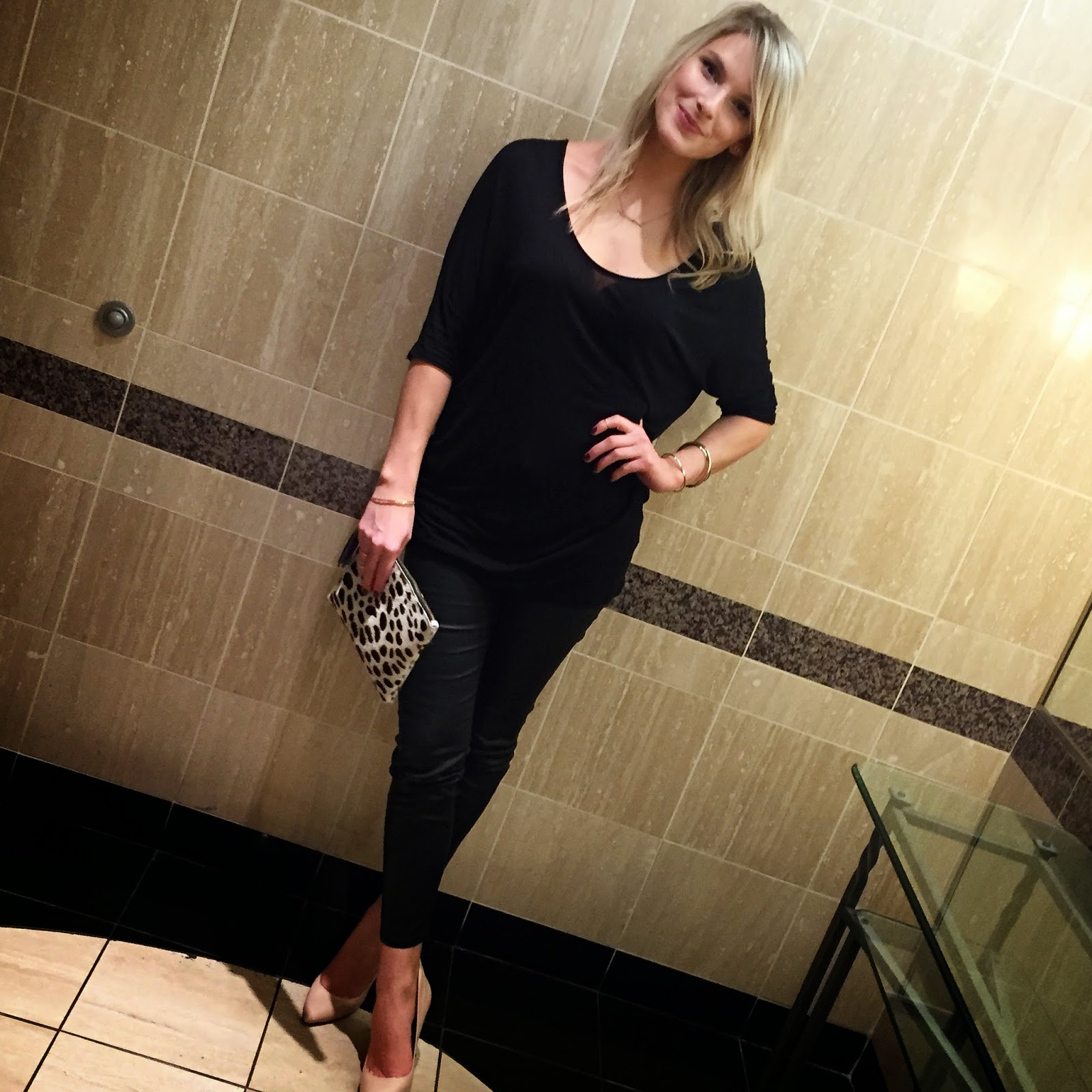 And of course an outfit shot to end the night.