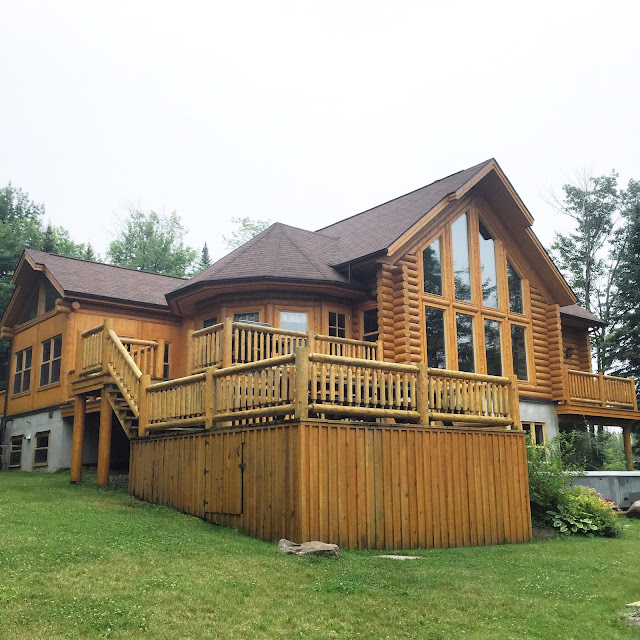 This past weekend was definitely one for the books and one that has been in the works for a couple months.  Just like last year, we planned a cottage long weekend with 18 friends in Fiddler Lake, which was a grand time. 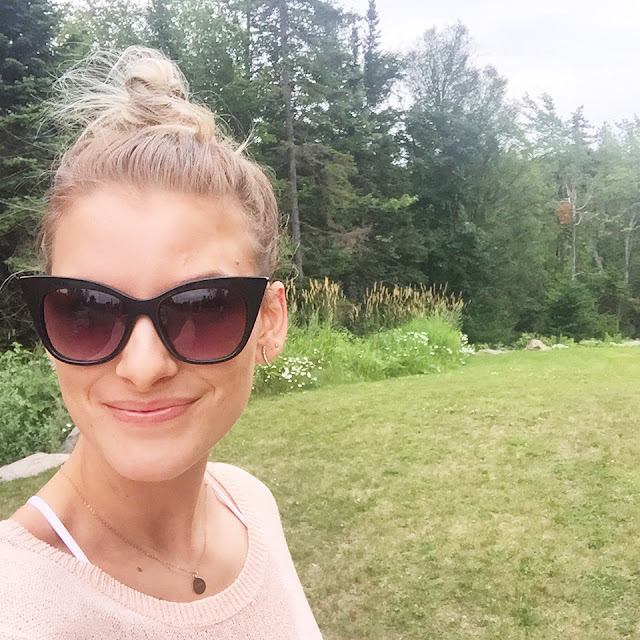 We arrived on Friday afternoon with a car full of food to feed everyone for the weekend.  Like last year, Marco and I planned out the meals and did the shopping to make it easier.  Everyone brings their own drinks and a few extra contributions here and there if they’d like, and it tends to go quite smoothly. 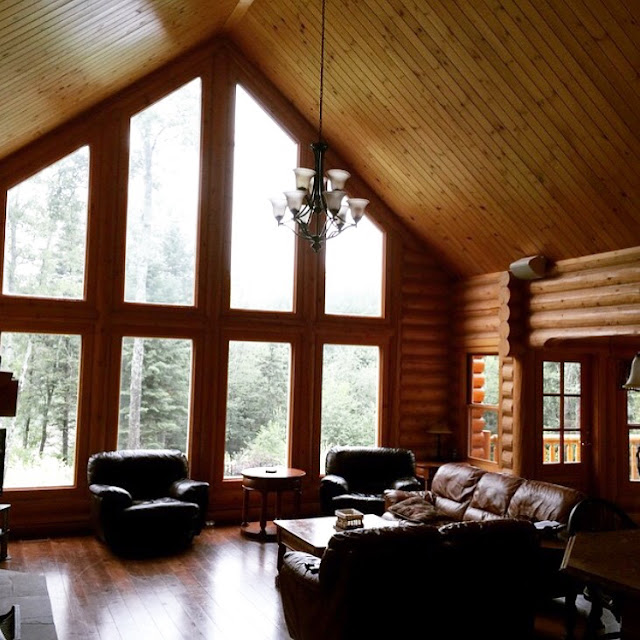 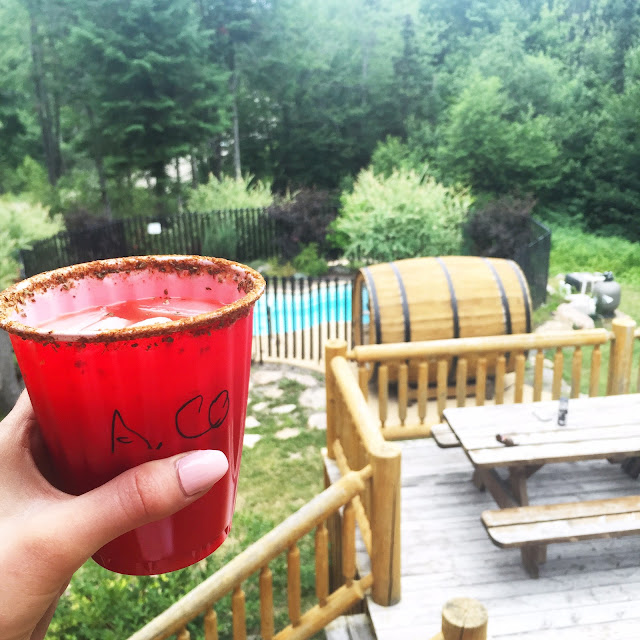 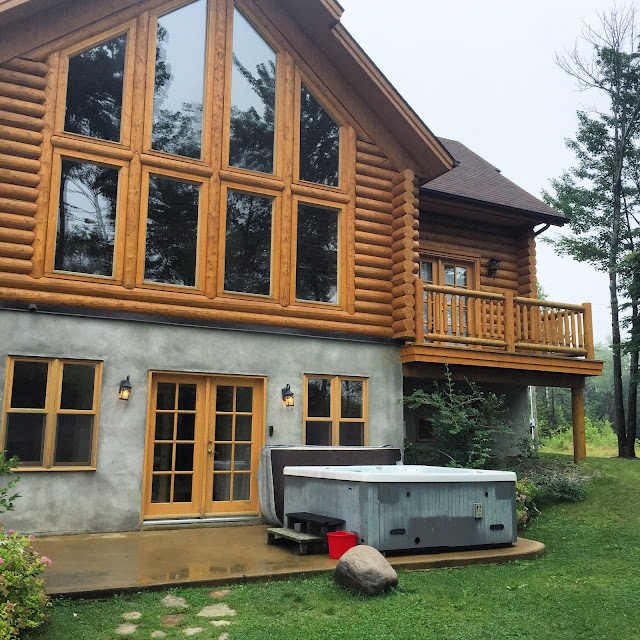 The cottage we rented was Le Grand Duc, which is part of Platinum Club, and it sleeps 18, which was perfect.  Very similar to last year’s cottage, but slightly larger with a small pool; it was the perfect accommodation for so many people, with plenty of space to spread out.  The outdoor hot tub and sauna were huge hits, constantly being used–despite it raining almost the entire weekend! 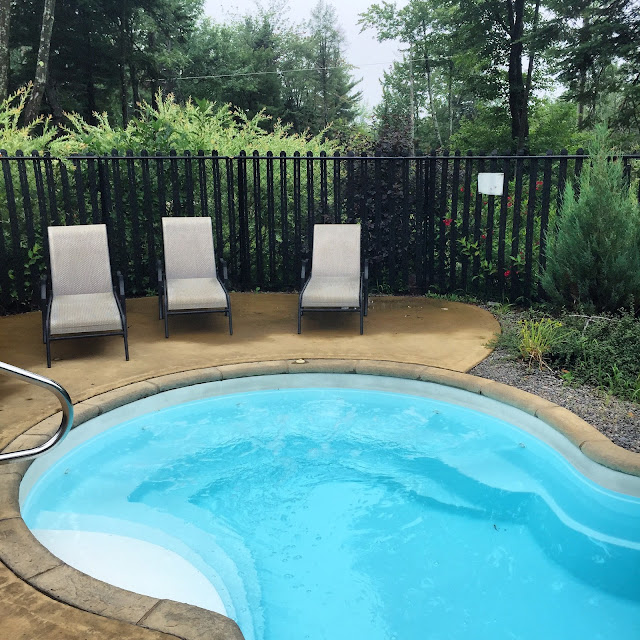 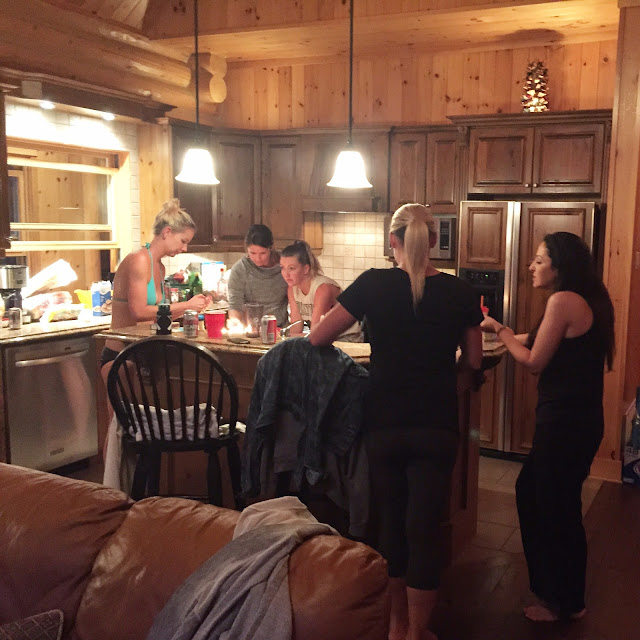 After hanging out for a bit, a bunch of us girls got started on the dinner: a huge tortellini pasta with sausage, caesar salad and dinner rolls. 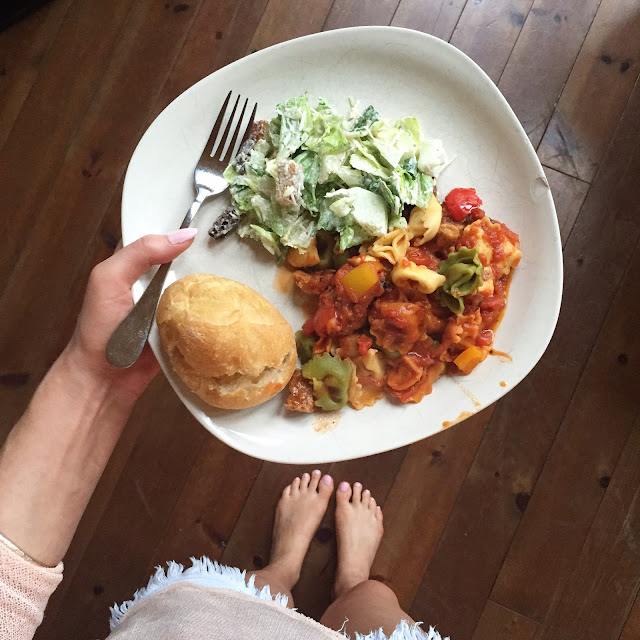 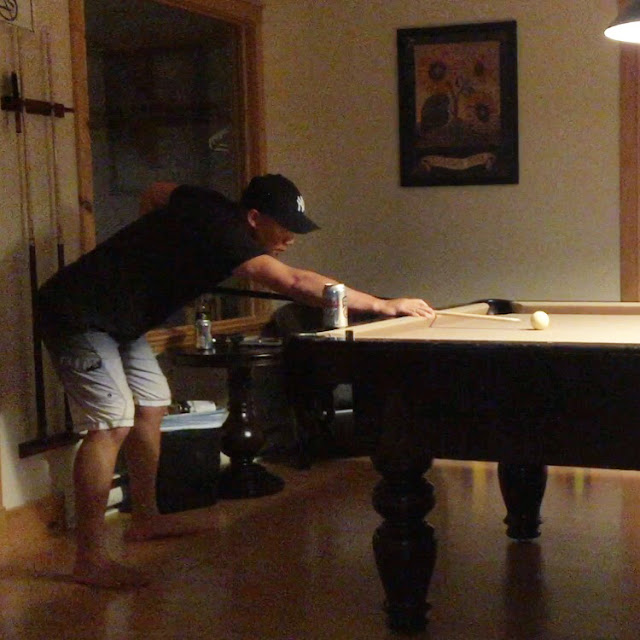 After dinner it wasn’t long before pool games were started and the hot tub was overflowing.  Music was bumping all weekend long and we partied all night long. 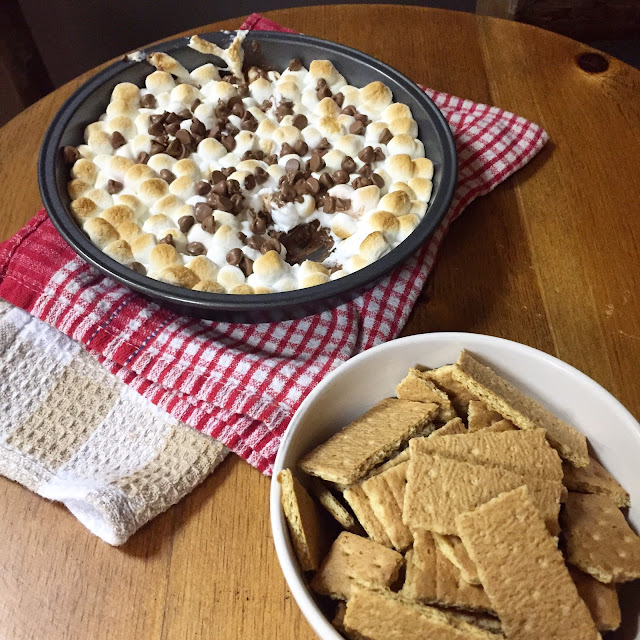 A little later, this smores dip was whipped up to surprise our friend with for her birthday.  Huge.  Hit.  #nom 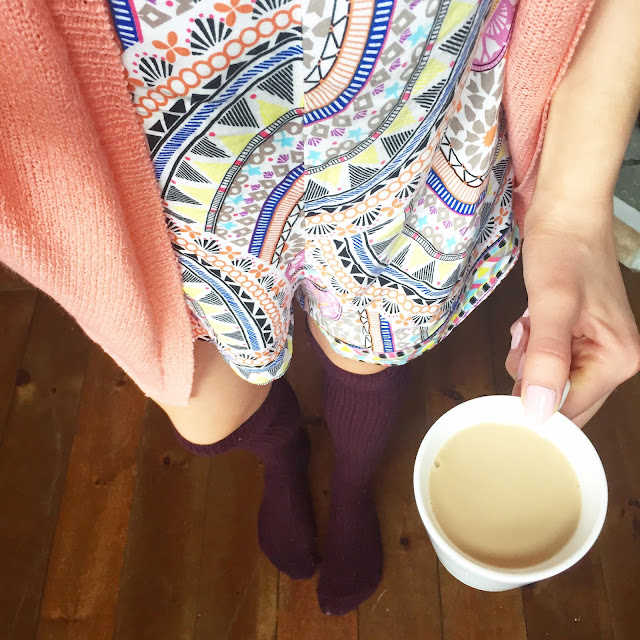 The next morning we had a big bacon & eggs breakfast, and hung out nursing our hangovers with coffee and wifi. 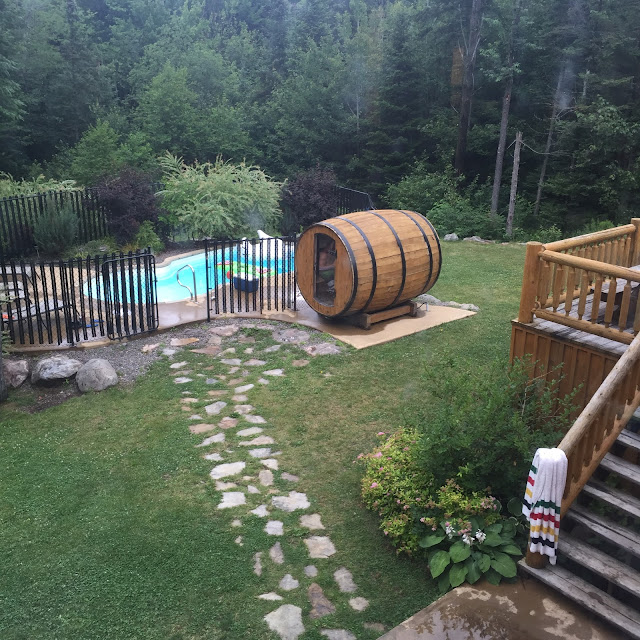 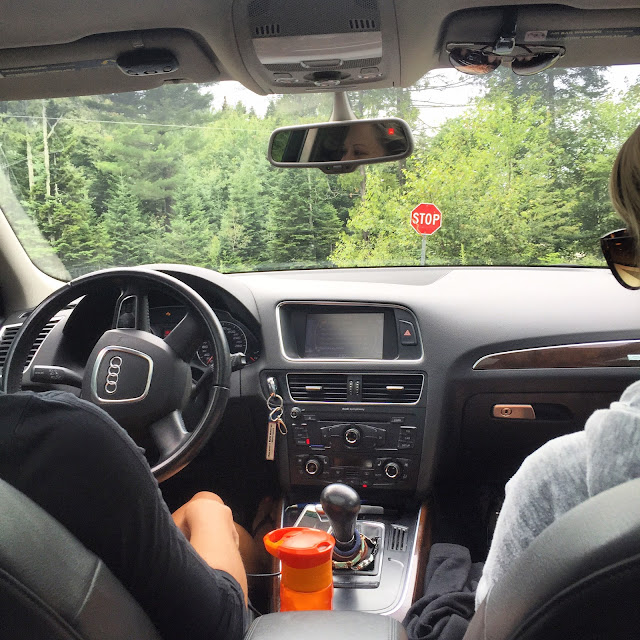 A little later that afternoon, a few of us decided to take a drive into Mont. Saint Sauveur, a nearby ski resort that boasts a water park and small theme rides in the Summer.  We decided to give The Viking a go–a go-kart like roller coaster down the ski hill! 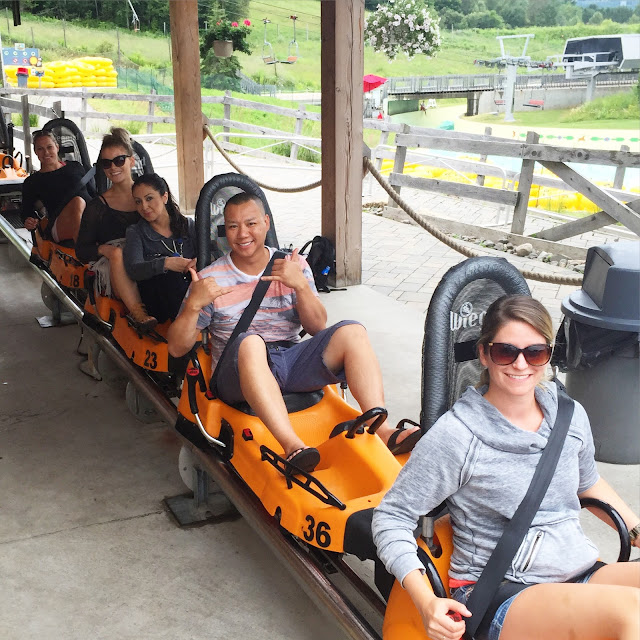 The carts are for one or two people and you go down one cart at a time.  My girlfriend and I decided to go together which made the ride faster since it was heavier in the cart!  I had full control of the brake but we barely used it–it was so fast!  It was such a fun, memorable, spur-of-the-moment idea! 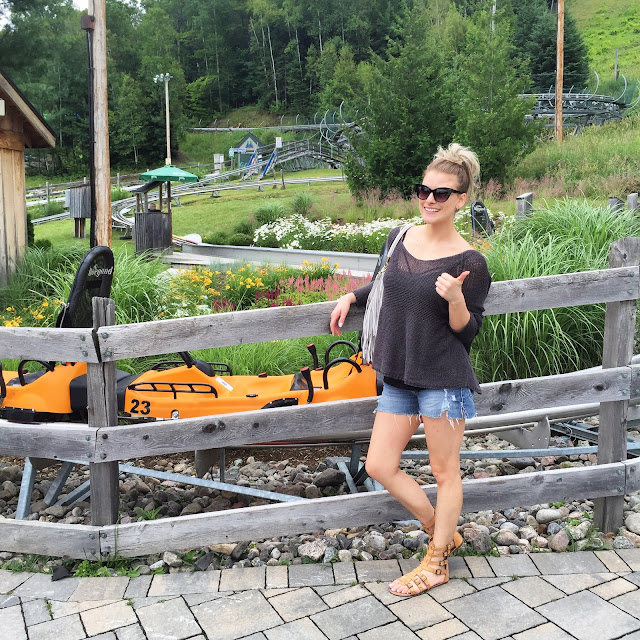 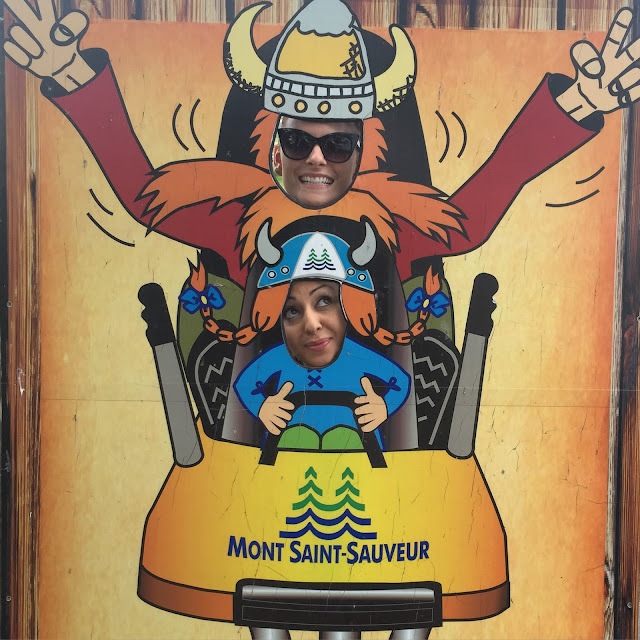 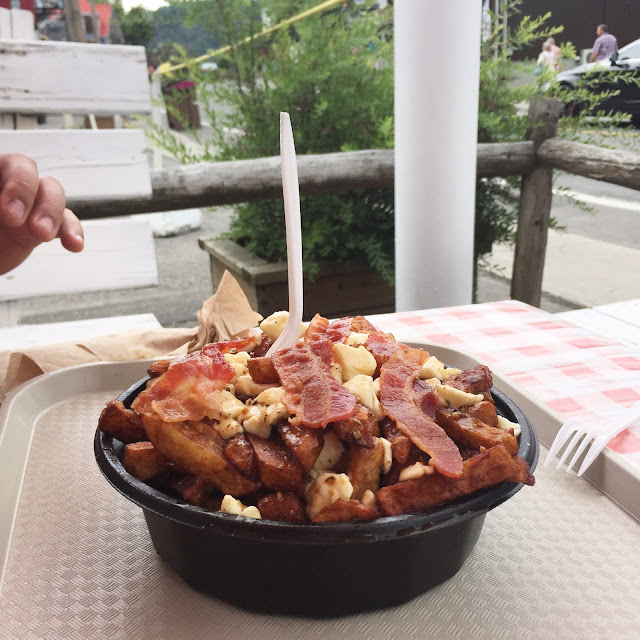 Then we went down to the main strip, grabbed a poutine to share between us, sat outside and people watched for a bit before returning back to our friends and the cottage. 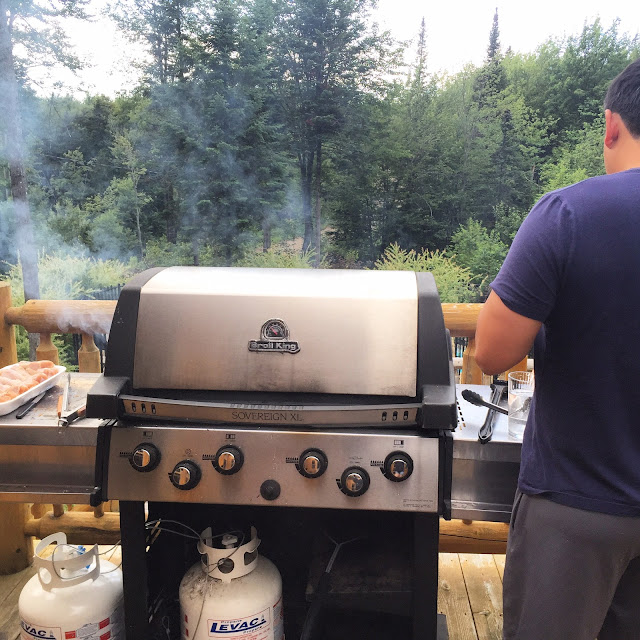 Back home, after a nap, Marco and I got started on dinner and eventually everyone started appearing–whether from naps or a walk down to the swamp, we all gathered in the kitchen to self-serve a fest that was ready. 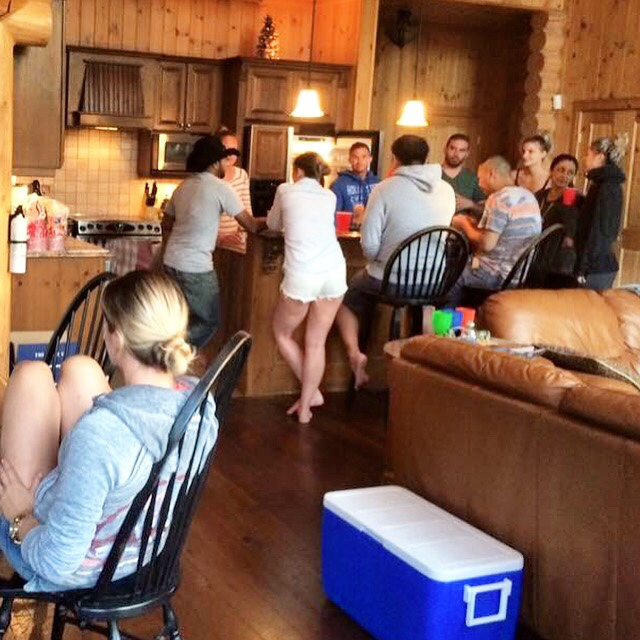 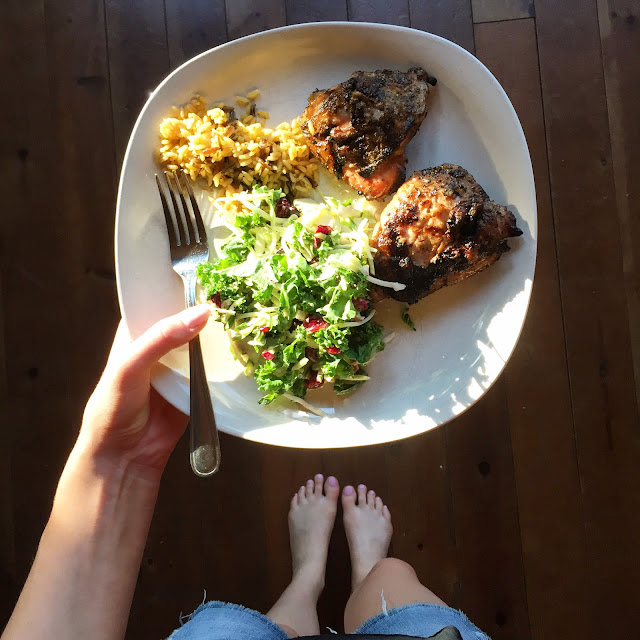 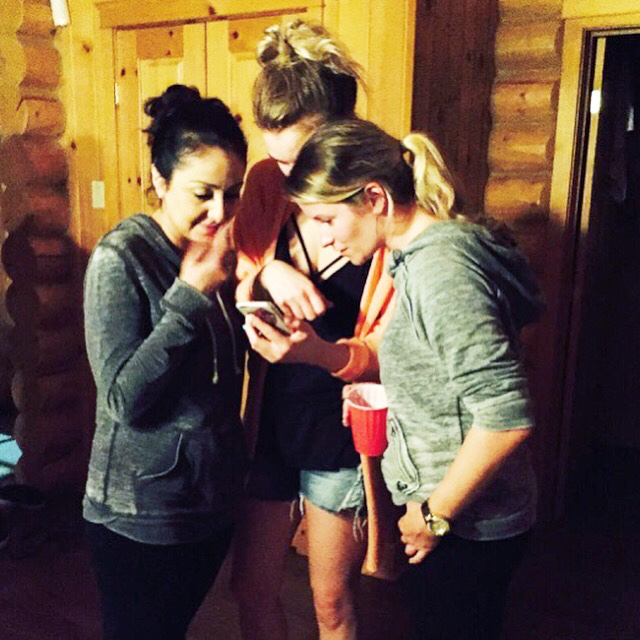 Checking out a Snapchat video–showing them the skunk we saw eating the garbage from the bag on our front porch! 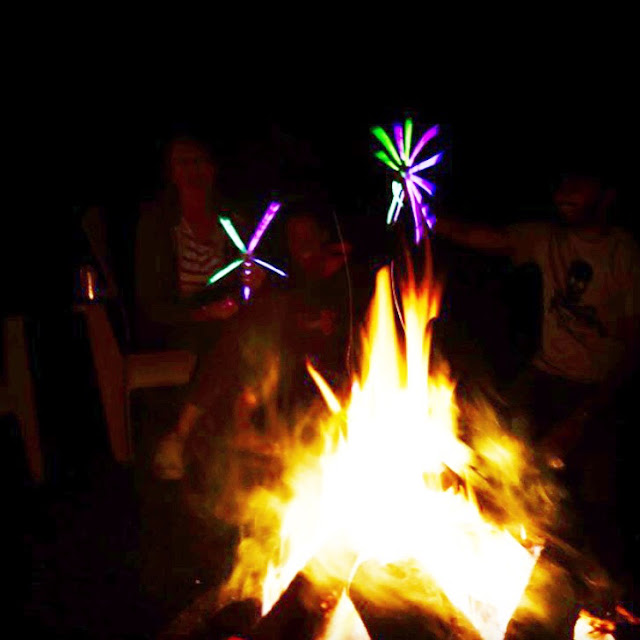 We spent the night dancing, hot-tubbing and enjoying the fire into the wee hours of the morning before getting up the next morning to pack up and go home. 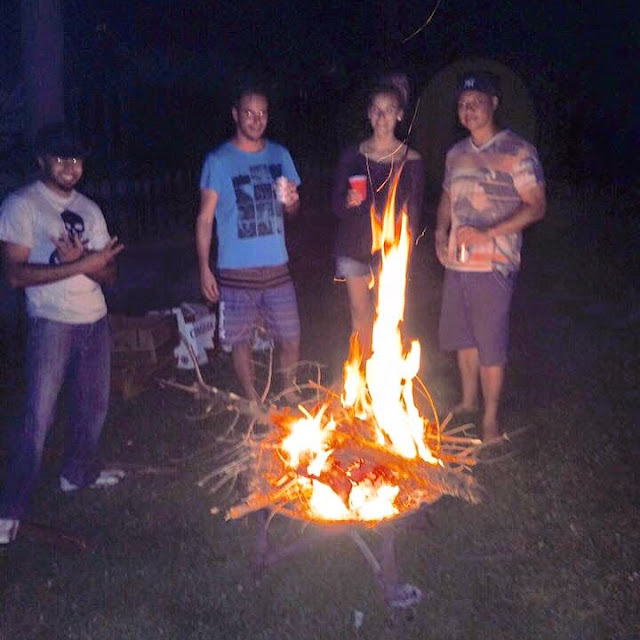 Hope you had a great weekend!  Thanks for reading! xo