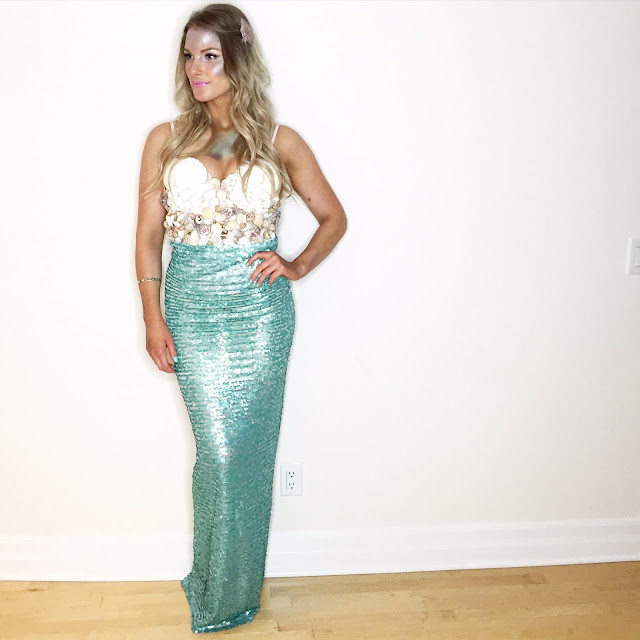 Halloween has come & went but I wanted to share my costume.  I went as a mermaid and created the costume myself.  It was quite labour intensive as I’m definitely an amateur sewer, but it actually turned out #success

I wasn’t really able to document how I went about sewing the skirt and creating the top, but wanted to share a few steps along with photos of the finished product as I know some you ladies were asking. 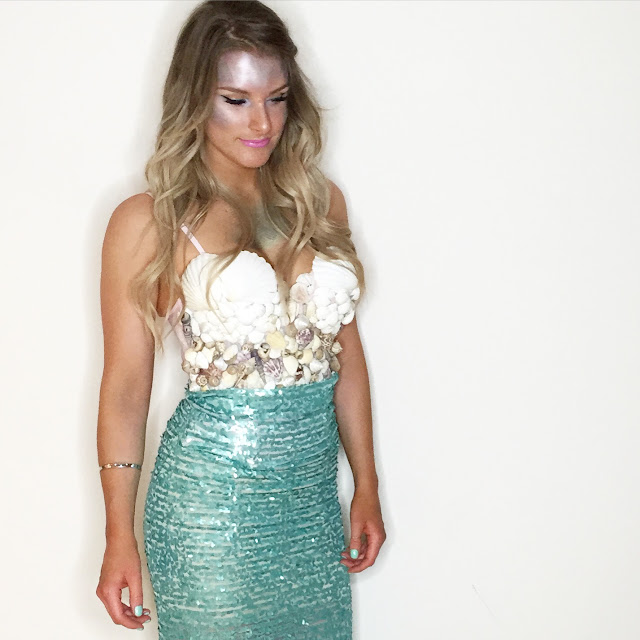 I have had my eye on an online sequin skirt (now sold out) for a while now and I remembered seeing sequin fabric at Fabricland months ago.  Figuring I could emulate it, I found this fabric for $14/metre and I needed a little under two metres so it was about $22, plus a zipper ($2).  I already had some mint coloured thread from when I made this maxi dress.

The skirt took about six hours to make, and this was the first time I sewed a zipper into a garment.  Working with a sequin fabric is difficult and tedious but definitely a learning experience.  The most difficult part was since I wasn’t using a pattern, I was constantly trying it on attempting to pin the back seam for a snug fit.  By the time I would shimmy out of it some of the straight pins would fall out since the fabric was so sheer.

Sewing in the zipper was tough because you’re sewing through two layers of fabric plus the zipper.  I ended up breaking a needle during this part but had another one so I could replace and keep going.  There is no hook or button at the top of the zipper but it stayed put all night long.

Lastly, since the fabric is pretty sheer, and I didn’t want to make a lining for the skirt, I decided to wear a spanx-like skirt underneath for coverage (similar to this). 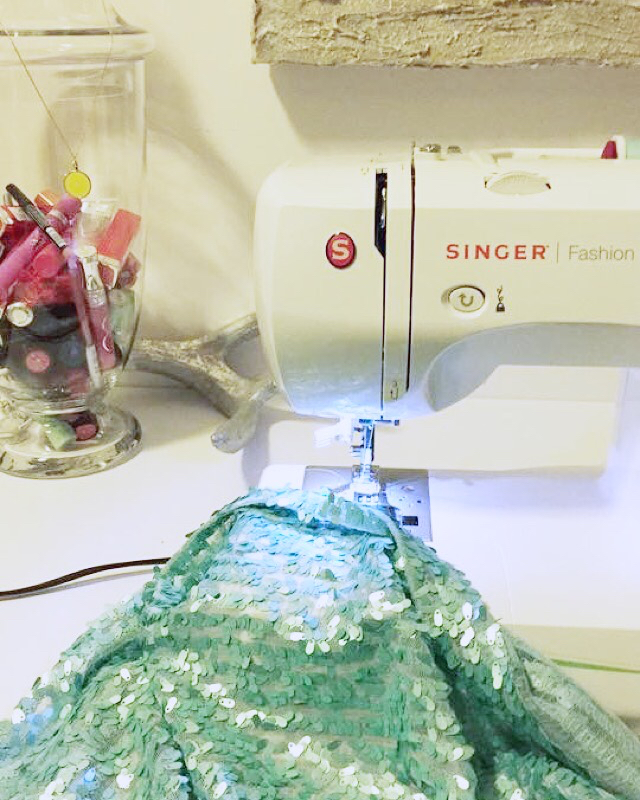 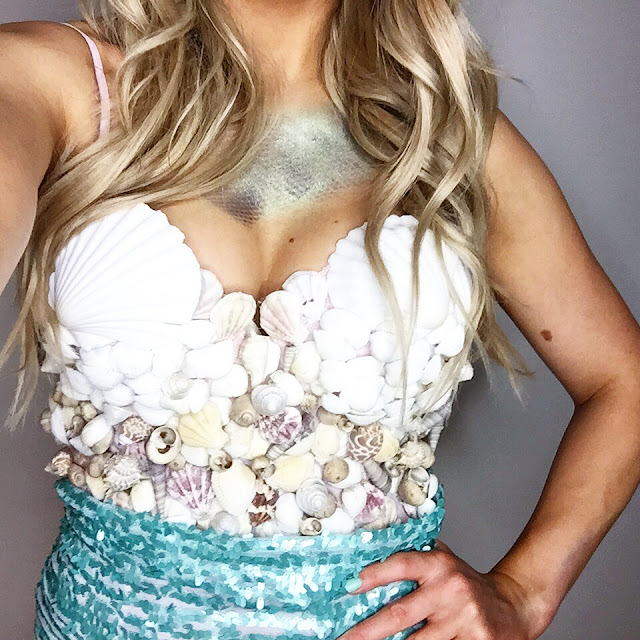 For the top, I took a light pink bustier I already had (similar here) and purchases two bags of these shells.  I started with the bodice and did the cups afterwards.  I chose to use shells that were white, pinkish, brown and yellow.  There were some green shells in the packs but I wanted the skirt to be the stand-alone green piece.

It took me two evenings (about four hours) to complete the top.  I used a hot glue gun to attach the shells and layered them once the base was covered, to ensure no bodice was showing through.  For the cups, I used the largest shells that came in the bags (two in each bag) to give the look of shell ‘cups’ and then layered all white smaller shells underneath to cover them completely.

It definitely took a little planning, but having two evenings to work on it was beneficial.  After the first evening, I tested the top the next day by holding it up and seeing where and which shells were loose.  Then I re-glued those down and added on the second layer of shells to fill in the gaps.

I only beaded 3/4 of the way down the front (since it would be tucked into the skirt) and decided not to do the sides/back of the bustier as it was (1) heavy and (2) already a ton of work and hours put into it. 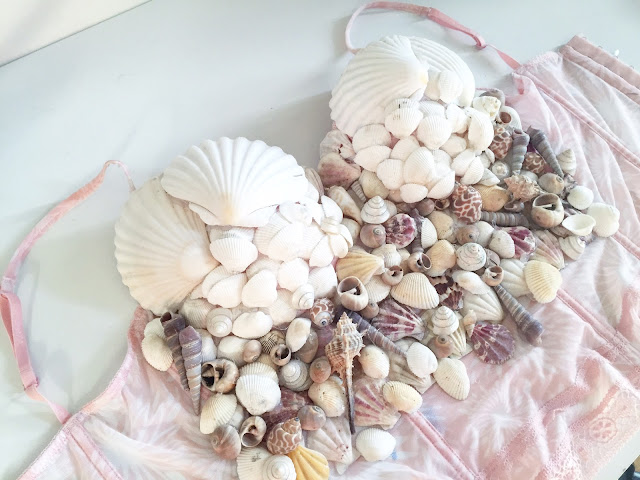 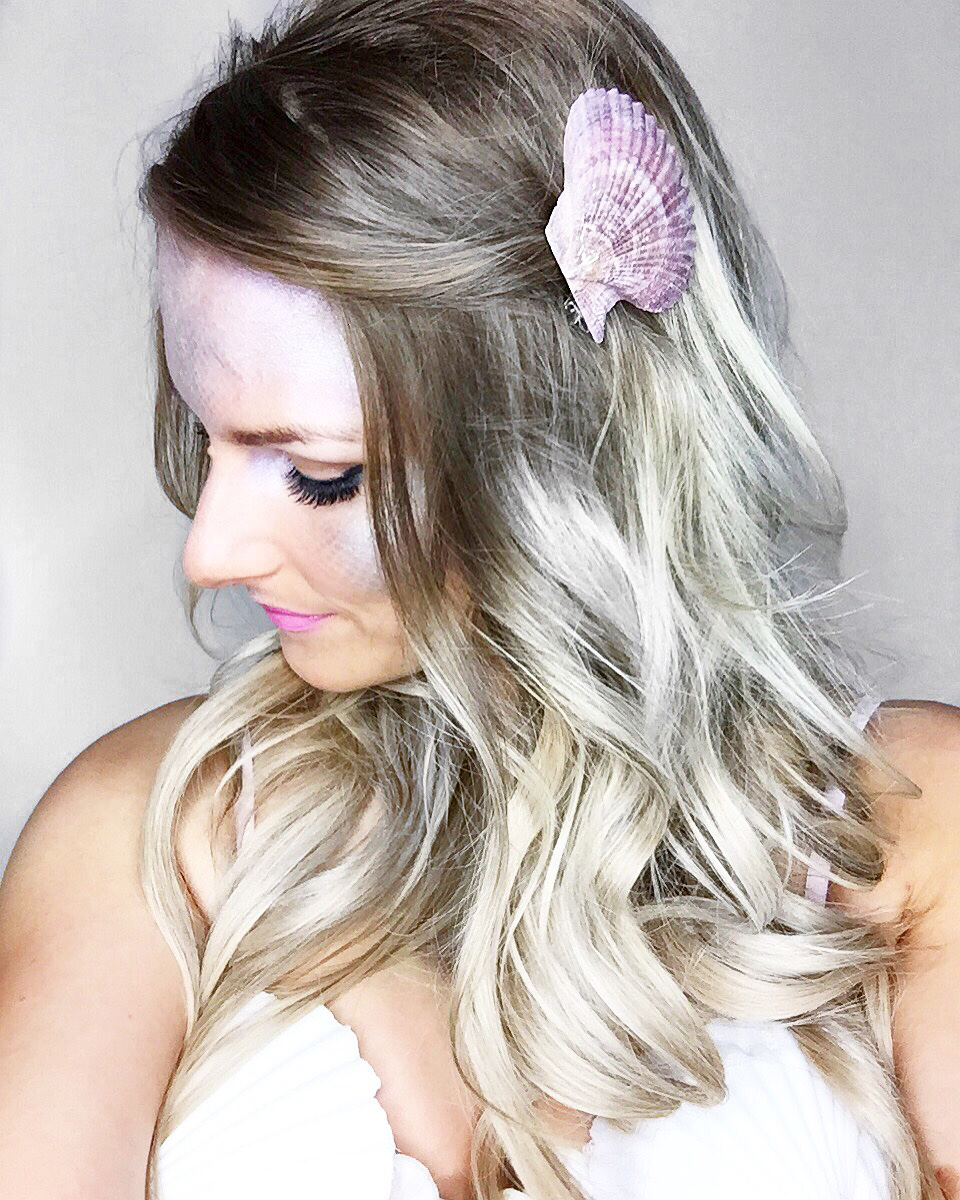 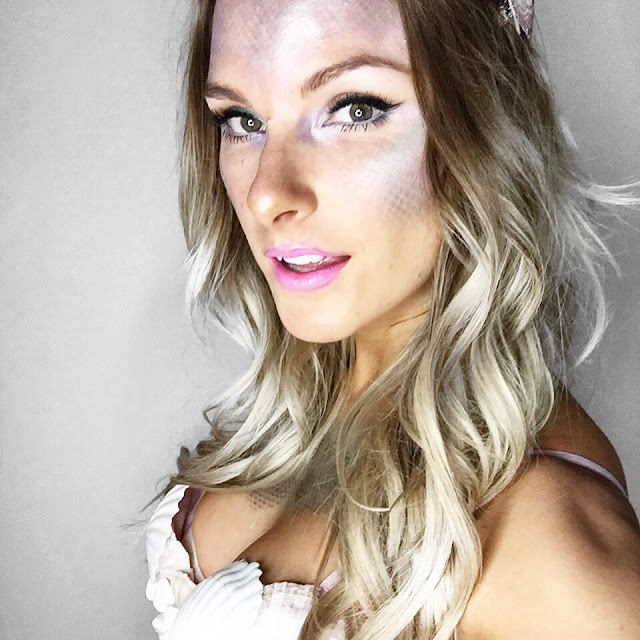 For my hair, I hot glued a shell to a hot roller clip and added that in at the last minute to tie the look together.

For make-up, I did my usual cat-eye and false lashes and then went in with a layering of shimmery light pinks, green and purples to create hi-lights on my forehead and cheekbones.  I used a fishnet stocking as a stencil to create the ‘scales’. 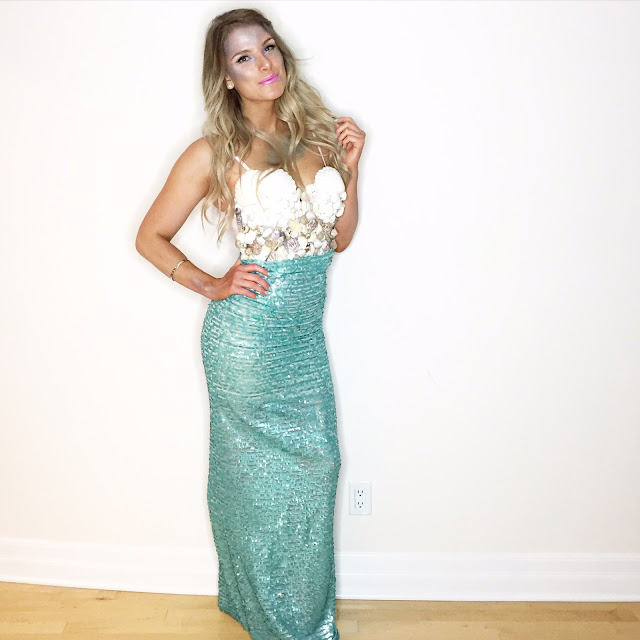 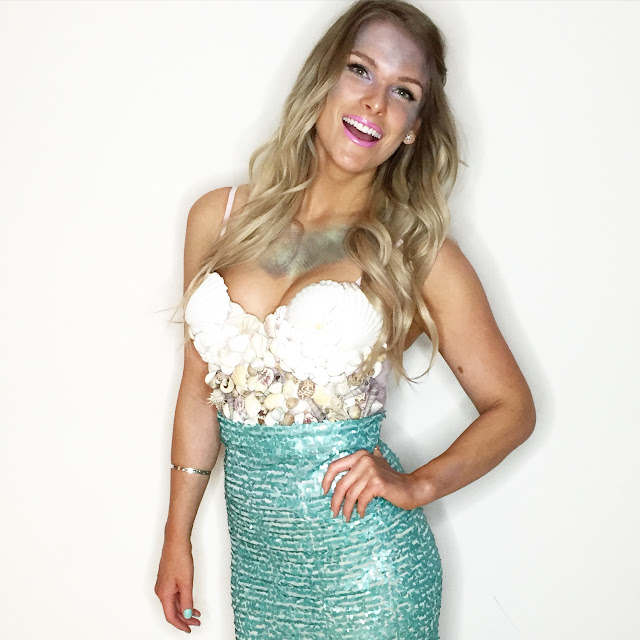 The costume was a huge hit at the party we went to and it’s always a bonus to be able to say you made something.  The total cost was under $40 since I had the bustier already and used make-up I had on hand.

Hope this post was helpful & if you were a mermaid too, tag me on Instagram (I’m lifewithaco), I’d love to see! 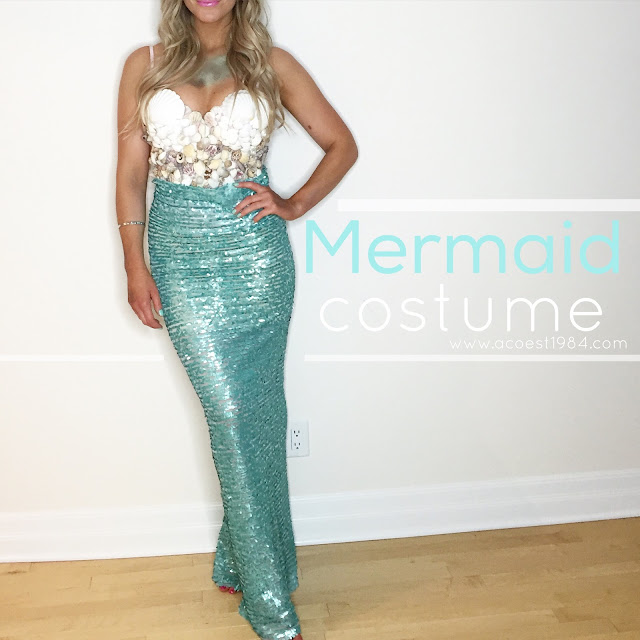