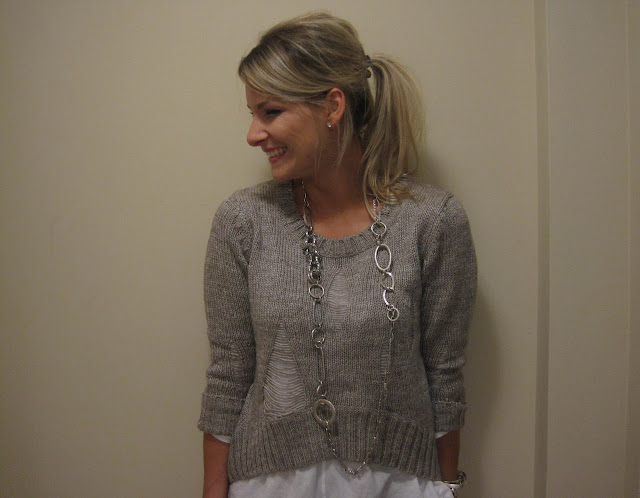 * Sirens sweater which I purchased in the fall and didn’t end up wearing it nearly as much as I thought I would over the winter.

* La Senza trapeze top which I wore out to the movies a couple years ago with cropped jeans and also with a pair of my favourite skinny pants and chunky cardigan.

* Stitches skirt – this is stretchy, double-thick cotton and I have it in several colours.  It’s also the base I used to make my feather skirt.

* Aldo wedge booties which are one of my favourite pairs of boots I have, so much so I asked for them in black for Christmas (and got ’em!) and wore ’em with a leopard dress.  These ones have been worn with pink pants and with a skirt in the fall without tights.

* Accessories: F21 tights (which got a hole in them on my first wear, here, in the toes -cheap-), Guess bangle, PharmaPlus beaded bracelet, Pandora bracelet, Swarovski bangle & gifted square bangle.

I totally forgot about this pictures and they have come in real handy as I was kind of grasping at straws as to what to blog about today.  Always nice to have outfit shots that haven’t been used… mind you, I’m long not wearing tights anymore and this outfit is from February.

Here’s a fun fact though, this is the outfit I was wearing when we sold our house/the night we signed the papers.

It’s hard to believe that house has been someone else’s home now for over two months.  I thought I was going to have a super hard time letting it go, walking away from the first house I’ve ever owned, the first house I really made my own.  I went back and forth in my mind as to whether I should keep it (buy Mike out) or start fresh.  Every thought ran through my head: would I regret selling it?  Would I lose money if I sold it and then bought something else?  And if I kept it, could I handle the memories that house held?

Ultimately I decided I did not want to stay there (and neither did he) and we sold it.  The day before we closed officially I was there alone packing up the last few items that remained and it was certainly emotional.  As I filled up my car and locked the door for the last time I turned around to the house that used to be mine.  Ours.  With tears in my eyes I said my silent good bye and drove off forever.

And you know what?  To this day, I haven’t experienced much sadness over it at all.  It’s as if owning that house ran it’s course and I think because we had it on the market for so long (eight months) it was just a relief to no longer pay a mortgage and rent.  The first month after we sold and I only had to pay rent was like, ‘Wow! I have some spending money!‘ (and not like I’m rich or rolling in it or anything like that, but it sure is nice to not be tight every month anymore).  I think it also helps that we sold the house to this beautiful, sweet couple who were so happy and grateful.  That’s just the icing on the cake.

Have you ever sold your house?  Did you find it hard to move?  Did you miss the house? 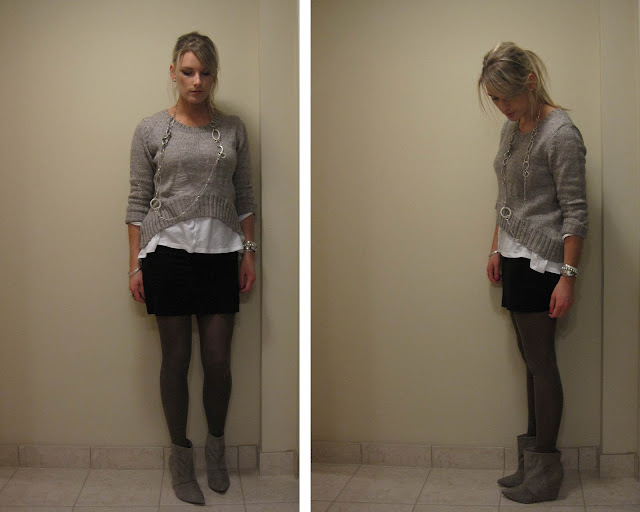 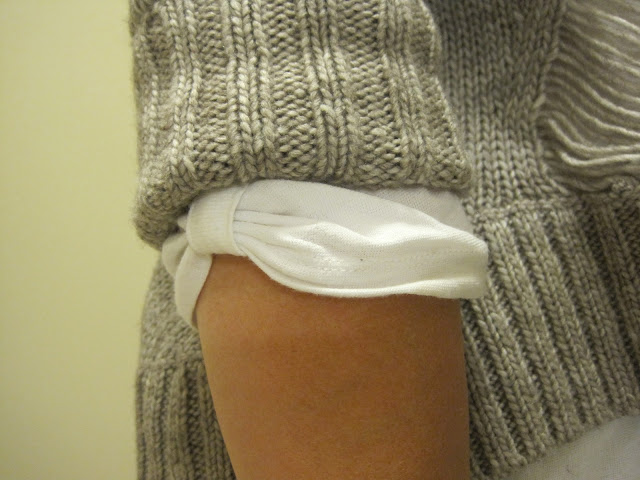 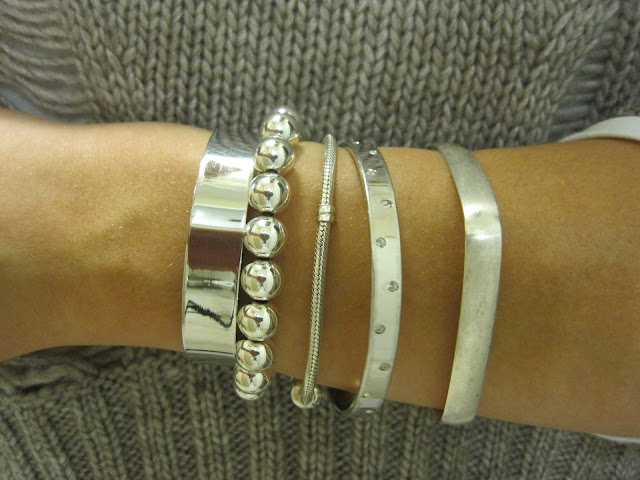