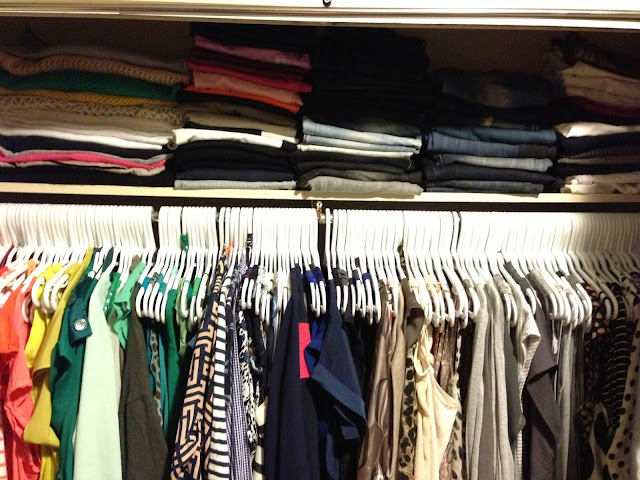 Last night, after a visit with a good friend, I decided to edit a vlog I recently filmed.  Since my laptop takes about six years to boot up, I thought I’d do some ‘tidying’ of my closet while it was loading.  Well, I didn’t end up editing my video, but I sure did edit my closet!

I’m terrible at taking before photos, so you don’t ge to see the mess that was that top shelf prior to last night (plus it was embarassing!), but I wanted to share with you how it looks now (and how it looked bare).

If you want, you can see some of the in-progress pictures which include the pile of clothes I’m getting rid of, all of my sweaters and jeans on the floor and the mess that was my bed (which is pretty embarassing but hey, it has to get messy before it can get better, right?  Right).

Additionally, if you’re interested in a pair of True Religion ‘Sammy’s’, I’m selling mine (size 29).