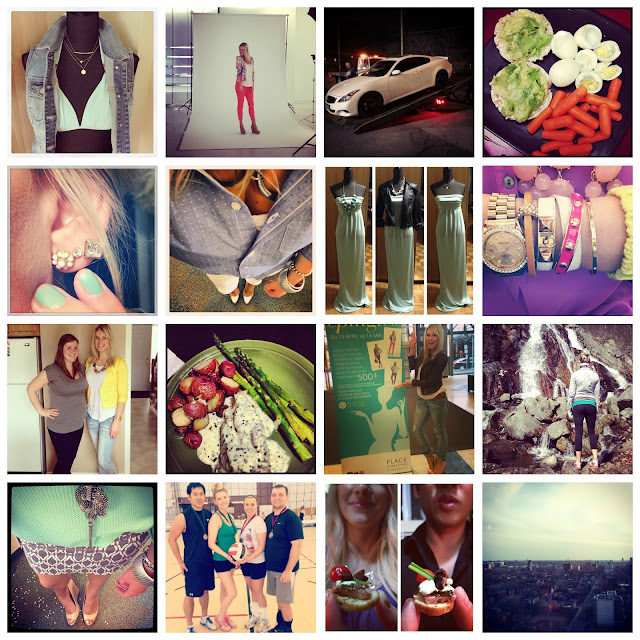 This past month was fun but also tough because it meant getting back to work after almost two weeks off of work (visiting Toronto and vacationing in Mexico)!  We also experienced a crazy snowstorm in the second and third week (what?!) when we thought we were done with all that silliness.

In April I jumped on board the denim vest trend, did two photoshoots with Place d’Orleans for a contest they are currently running and ran into some car problems (with my new ride; all is well now).

I decided to see if I could give up Gluten, rocked various combinations of stud earrings (#acoearswag) & a men’s chambray-ish shirt.  I made a mint maxi dress, rocked arm parties like nobody’s business and started planning my sister’s baby shower (she’s having a boy!).

I hosted friends for dinner (which made me nervous to cook for four), was featured on a poster at the mall (results of the photoshoot) and did a 300 metre hike to the top at Luskville Falls.

I went without tights, played in my first volleyball tournament (and won gold!), attended a wine & cheese party and welcomed Spring–finally!–with a rooftop BBQ.