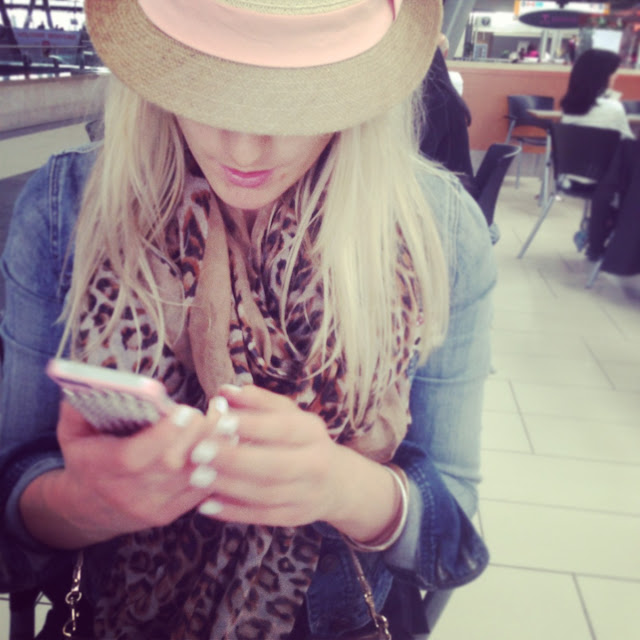 Hello!  I’m back from a beautiful, sunny week in the Mayan Riviera, and what an amazing trip it was.  We filmed while we were there, so I’ll let you know when I finish editing and uploading that.

We did so much while on vacation from climbing the Coba ruins, playing tennis, enjoying the beach, eating a ton and much, much more.  I would love to share some pictures with you, but it’s pretty photo heavy, so click the jump if you’re game… 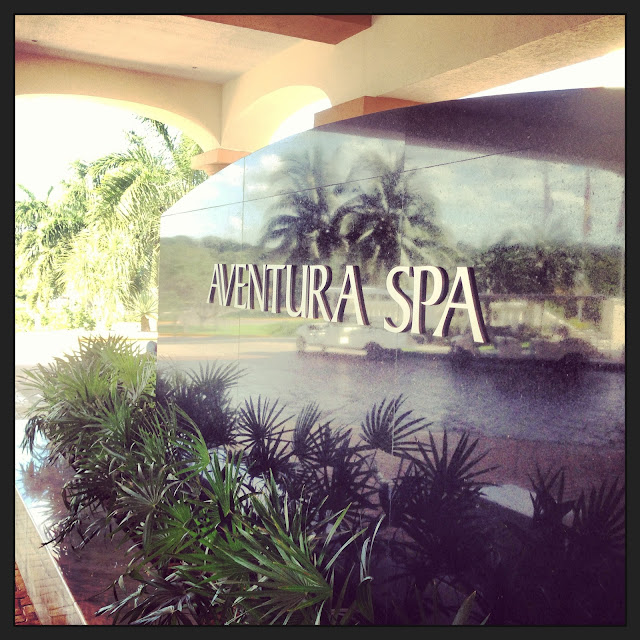 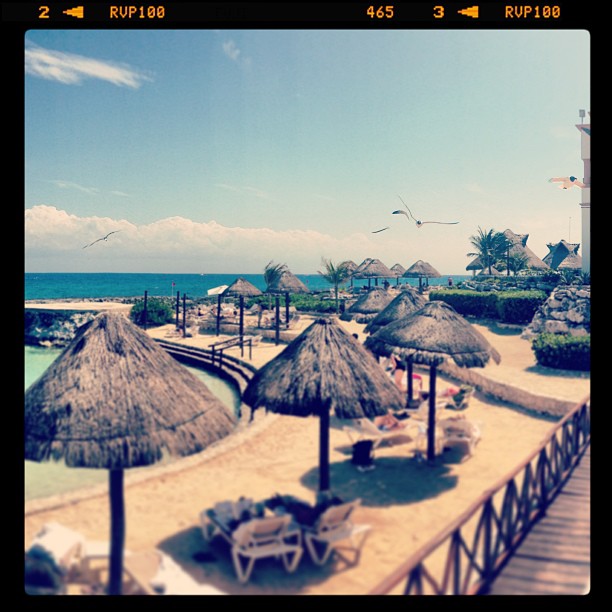 We stayed at the Aventura Spa Palace, which is a beautiful 5-star, adults-only resort in the heart of the Mayan Riviera.  There isn’t much of a beach, instead more of a man-made beach with a lagoon.  The ocean lies just over a rock wall at the end of the lagoon where we would see the waves crashing. 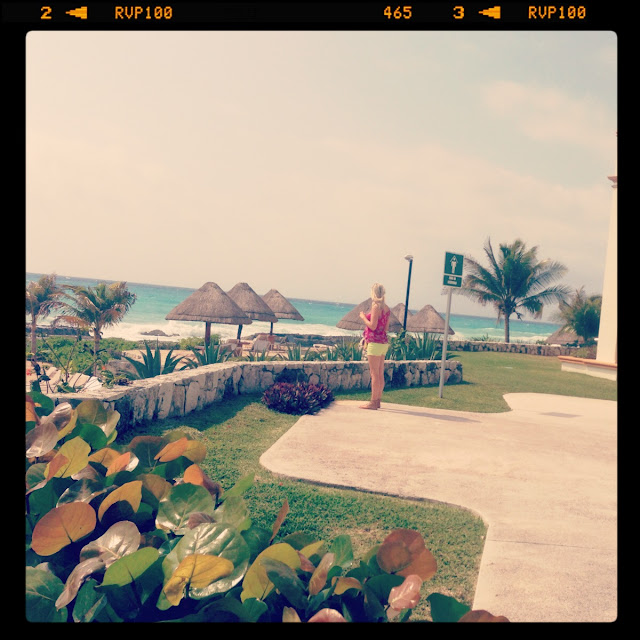 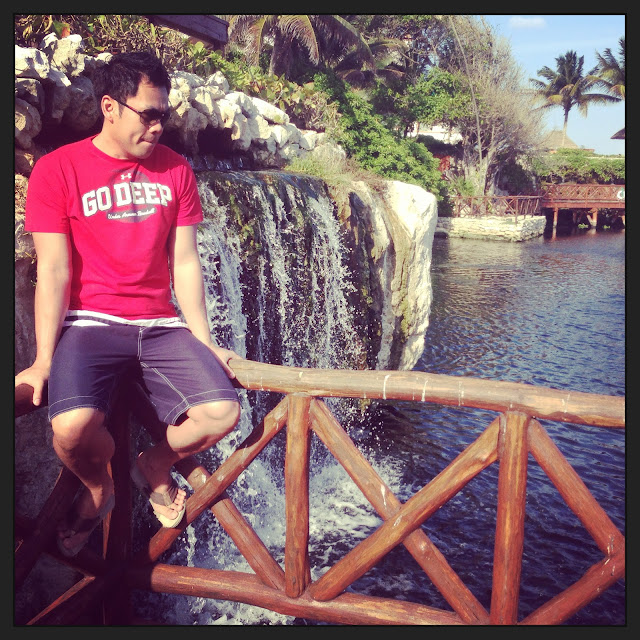 Since we arrived really late at night, we spent the next day exploring the resort, booking our excursions and eating, eating, eating. 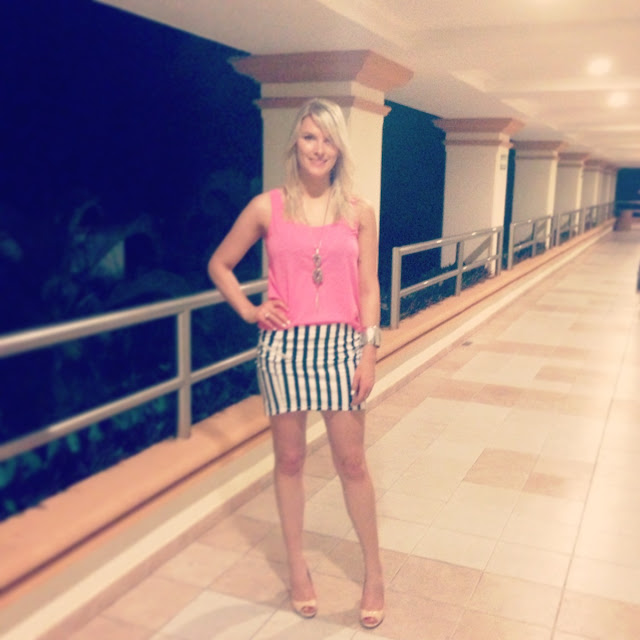 Each night we would get dressed up and head out to dinner.  A differents spot within the resort each night.  There were four restaurants to choose from; Italian, Japanese, Mexican (which was more French, in my opinion), and a gourmet buffet.  There were three restaurants at the next door sister resort, Aventura Cove, which we tried as well and were just a short golf cart ride (or walk) away. 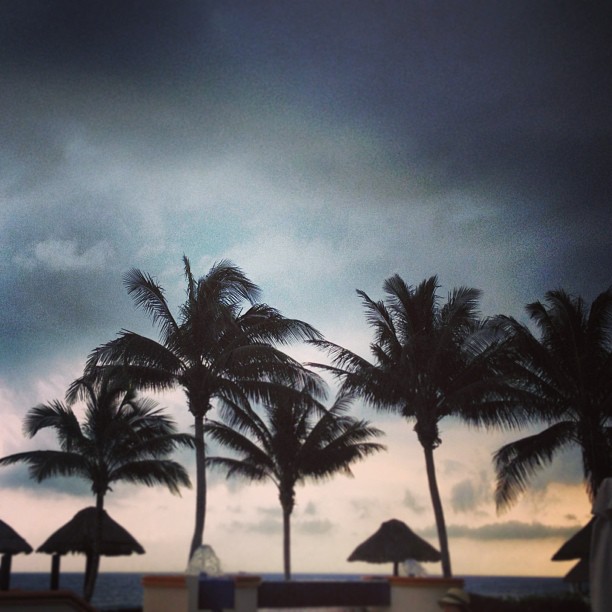 It rained a couple days in the later afternoon, but we just hibernating at the buffet, played ping pong in the covered terrace or relaxed in our room.  The storms only lasted about an hour anyways, and a change of scenery is sometimes nice. 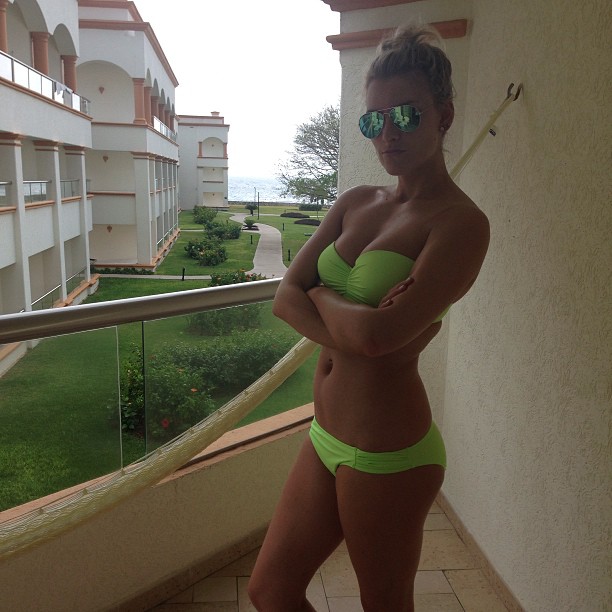 I picked up this bikini (top & bottom) at Victoria’s Secret during my trip to Toronto and am in love with it.  Additionally, despite putting in a lot of hard work at the gym, this is an extra good angle. 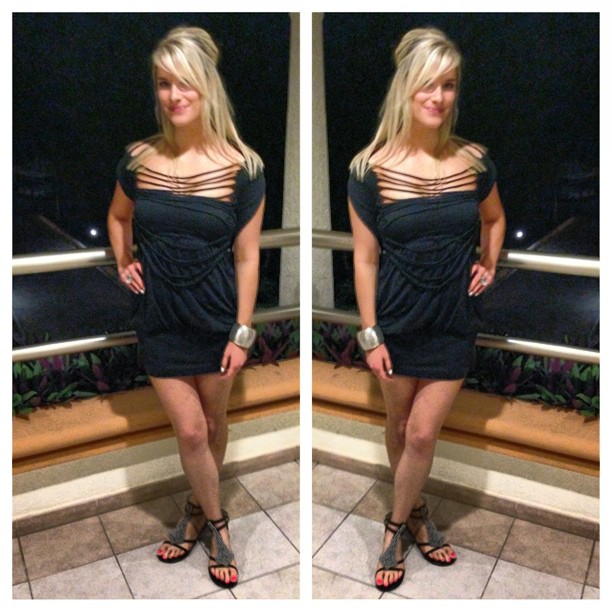 I repeated this outfit from my trip to Punta Cana in November because I loved it so much (and the dress was flowy so I could eat a ton and be comfortable at dinner #letsbehonest). 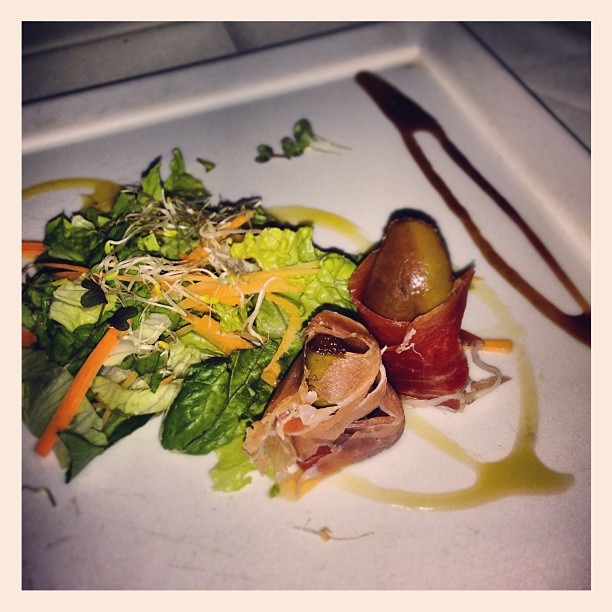 The food was phenomenal, even the buffet was gourmet and delicious.  I, for one, could not get enough of the coconut ice cream.  Pretty much every night after we dined at an a la carte restaurant, I would drag Marco to the buffet so I could get my ice cream fix (typically around 10pm). 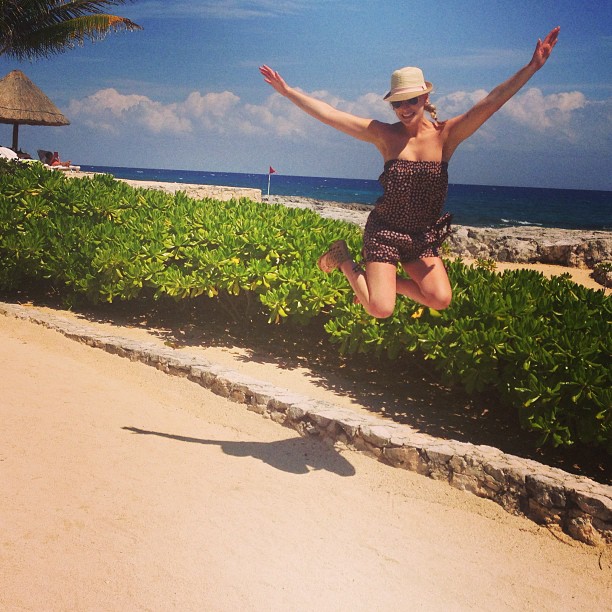 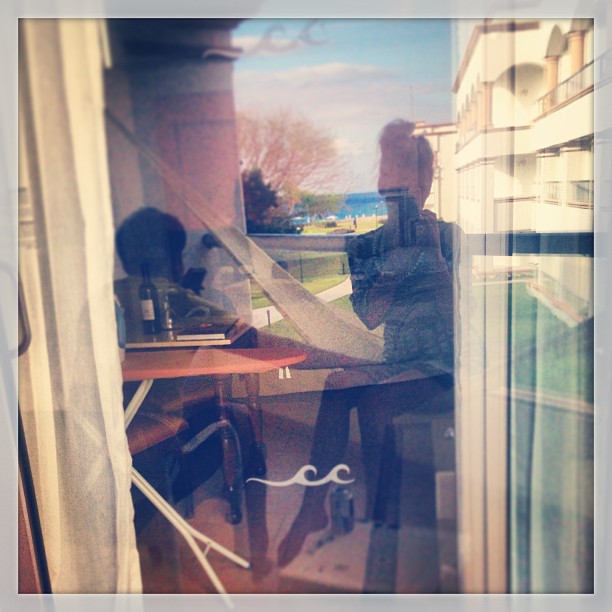 Although each day was different, we typically slept in till about 9am, hit the gym for a half an hour and then would head to the restaurant by the pool for a buffet breakfast (which was served until 11am; awesome).  Then back to the room to shower, change, put on swimsuits, or whatever and we’d sit at the pool, play ping-pong, wander around and eat more.  Sometimes we’d take a nap before dinner, sometimes we didn’t, and sometimes we’d sit on our balcony in the late afternoon, swinging in the hammock and using the wi-fi. 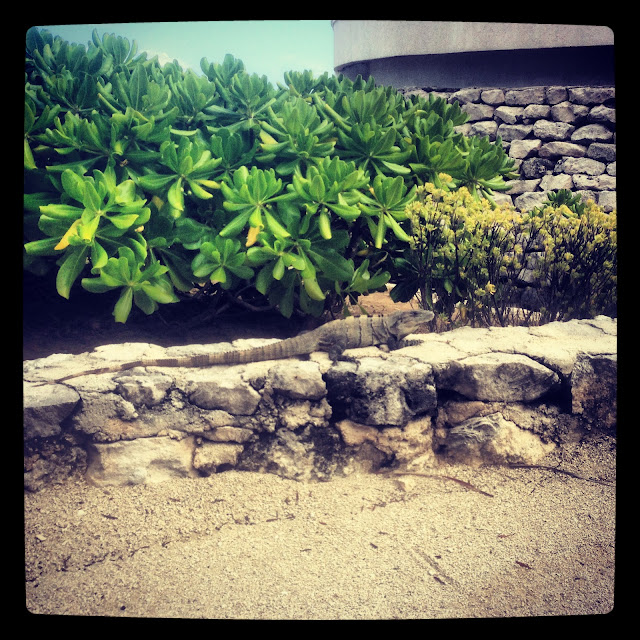 We found a secluded beach spot mid-way through the week and would often see Iguanas on our way there.  This guy was pretty big, but not the biggest. 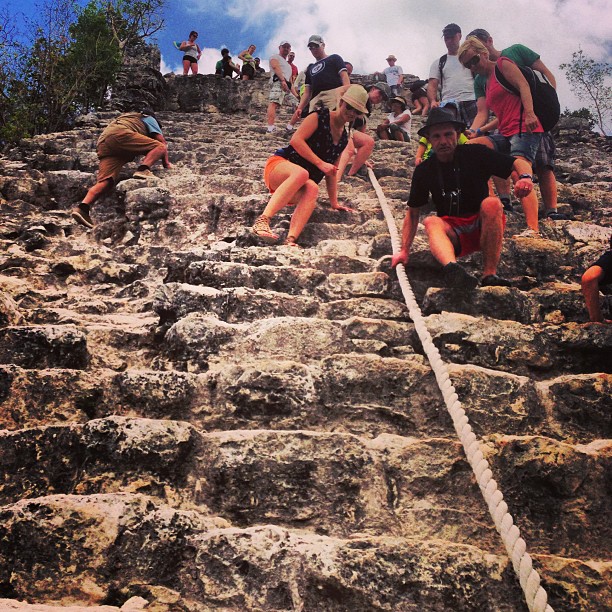 On Wednesday, we booked an excursion through Sunwing to visit the Coba ruins (similar to Chichen Itza & Tulum, but this one you can climb).  It was so interesting hearing about the Mayan culture and ultimately climbing the massive temple.  I was not nervous at all until I started climbing, then was on my hands and feet crawling up the thing.  Coming down was much worse as there really is nothing to grasp and if you fall, you’re done.  It was super steep and uneven with tons of people.  The pictures really don’t do it justice but it was worth the “risk” to see the view at the top. 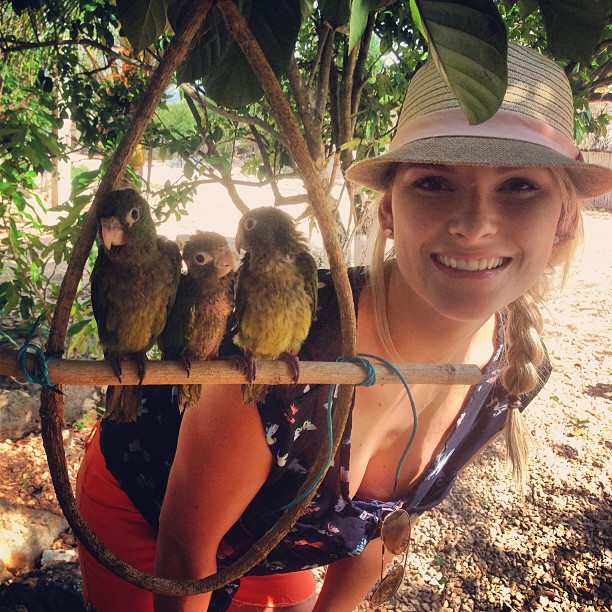 After the ruins, we had lunch and visited a Mayan village.  I took some pictures and video, but they of course are on my camera (not iPhone) so you’ll see those at a later date.  The way these people live though, wow.  They sleep in hammocks, don’t have doors and their one lightbulb was their ‘modern technology’, not to mention they lived in the middle of the bush; really incredible to see.  A one point, the woman showed us her three baby parrots (only one month old!) and we snapped some pictures, naturally. 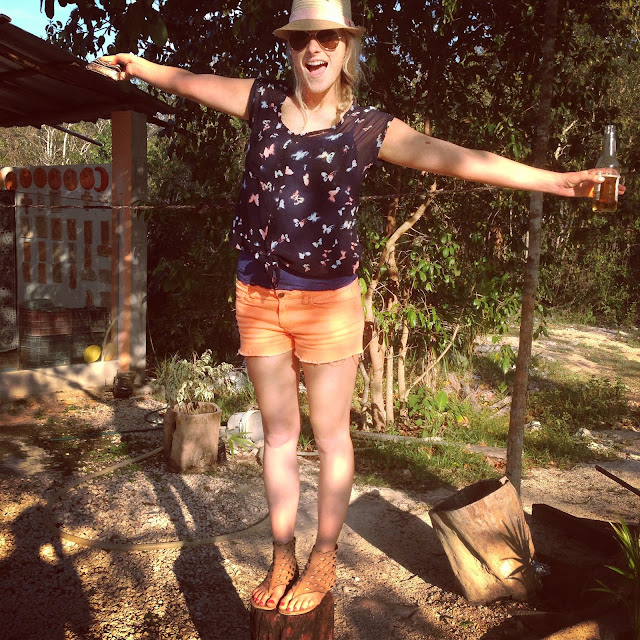 Then it was onto a Senote to swim in a cave which was so spectacular and quite the experience.  On the way back, we stopped at a co-op for souvenirs and a bathroom break.  I didn’t purchase anything but we did grab two cold beers so I’m standing on a tree stump celebrating (haha). 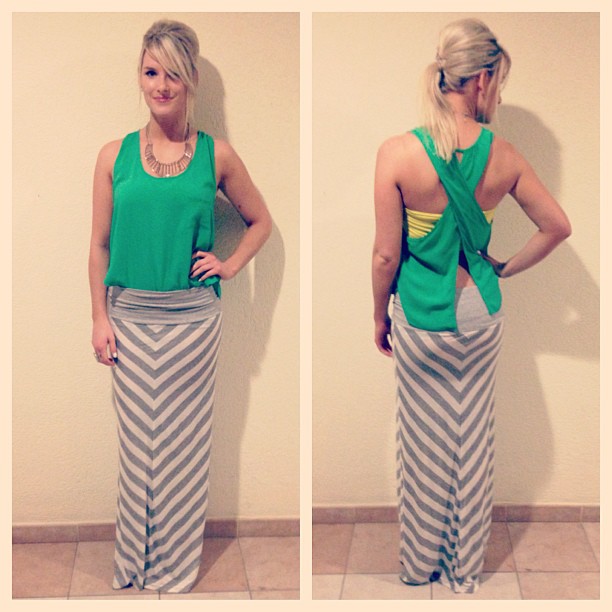 Another night, another outfit (recognize my skirt?) and another fantastic dinner.  It became a ritual when we would leave our room, Marco would say, ‘Do you want me to take your picture?’  Of course I did! 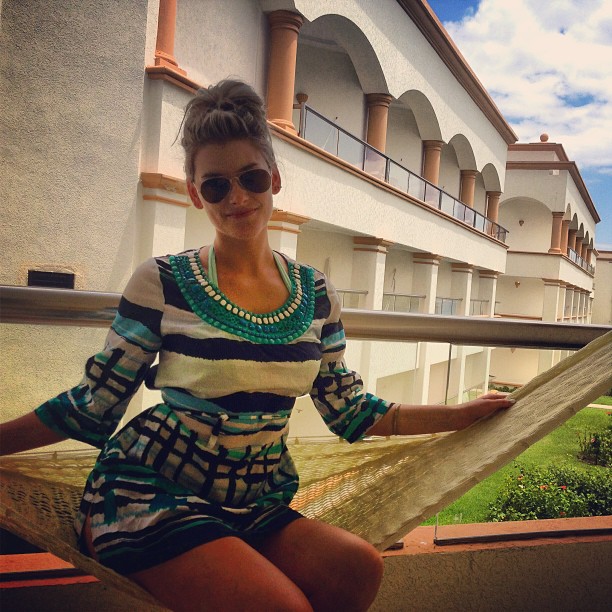 Days turned into nights and nights turned into mornings and the time literally flew by; as it always does on vacation, right? 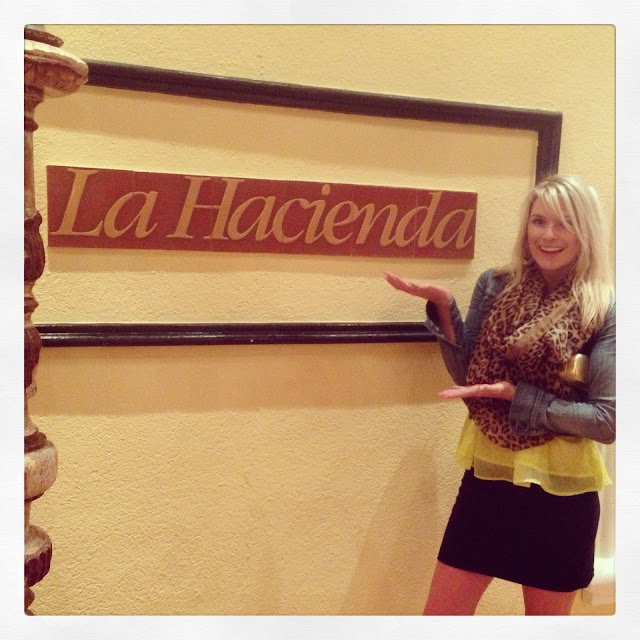 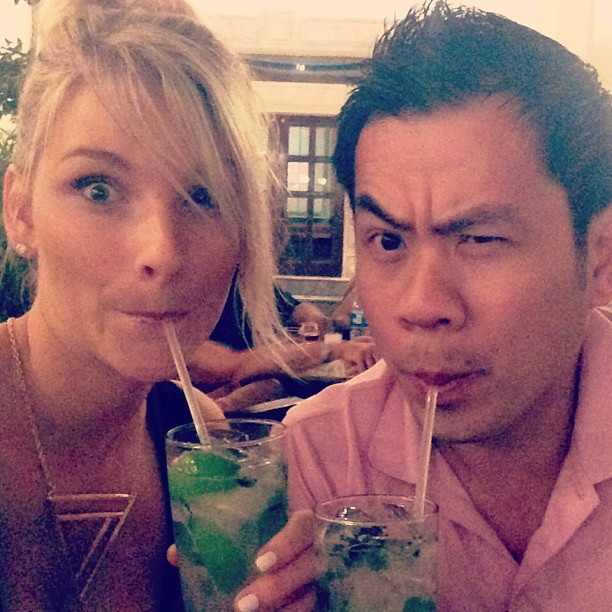 Although we are drinking mojitos here, our drink of choice for the week were definitely Pina Coladas.  I felt a teeny bit guilty drinking so much slush and sugar, but tried not to think about it, besides, it’s vacation and you have to enjoy your life.  In the evenings after dinner, we would head to the lobby courtyard where they had low lounge-style chairs with cushions and small tables in sets of four.  A live band would be playing and drinks flowing.  Some people would dance, most wouldn’t but I was excited when on our last night Marco finally got up and danced with me (after we’d been dragged into a dancing train of people around the square). 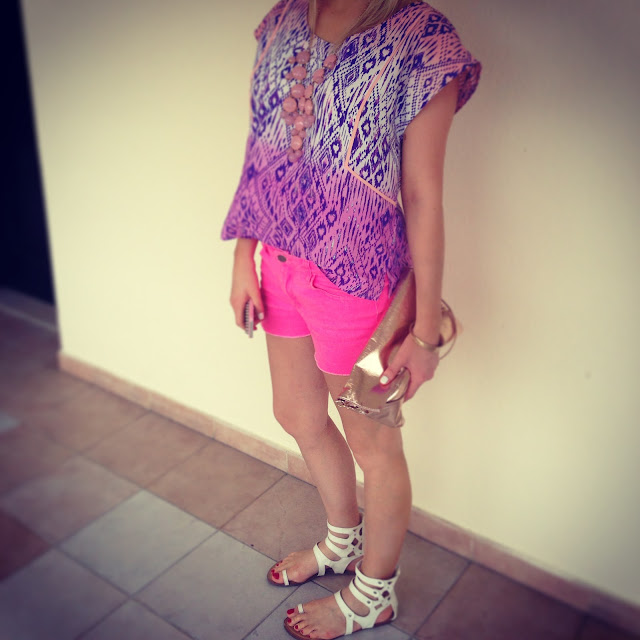 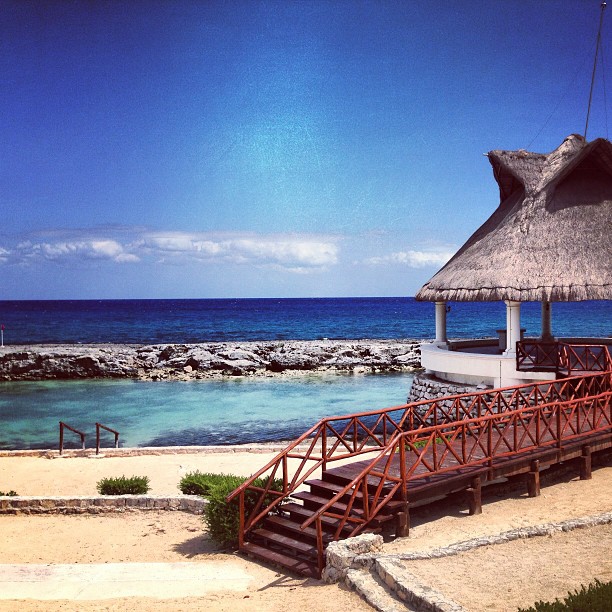 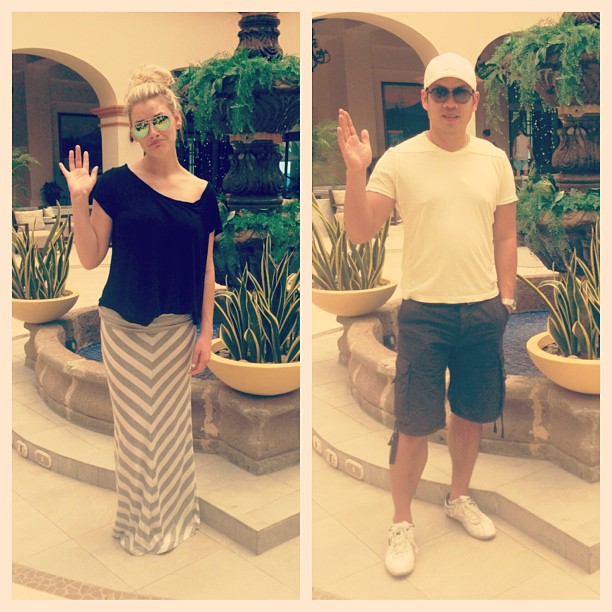 On our last day, the bus was coming at 3pm so we spent some time in the beach in the morning after a great breakfast, then back to the room to pack and check out for noon.  We spent the next few hours lounging between the beach, buffet (last chance coconut ice cream fix!) and lobby courtyard as seen in this picture above.  So sad to leave, and definitely not ready after a short seven days, but such an amazing week and birthday gift!

See more pictures in our Instagram hashtag album HERE as I haven’t included them all here.