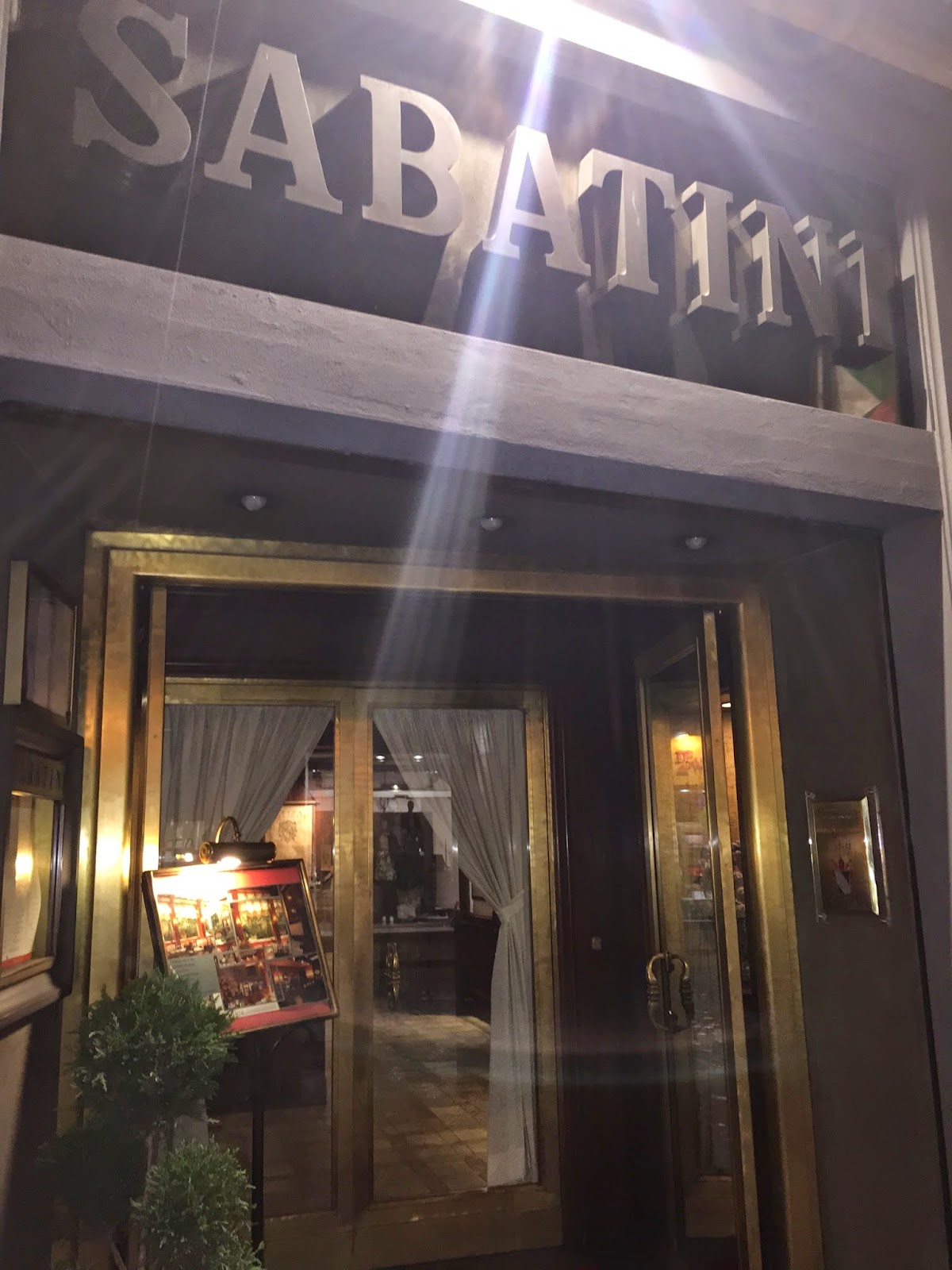 On our last night in Florence, we tried Sabatini, at the recommendation of Marco’s Italian co-worker. We made a reservation online, and I checked out the Trip Advisor reviews which were all quite positive.  One reviewer had said it wasn’t a super modern place or the ‘it‘ place anymore, but that the food was amazing, so off we went…

More after the jump… 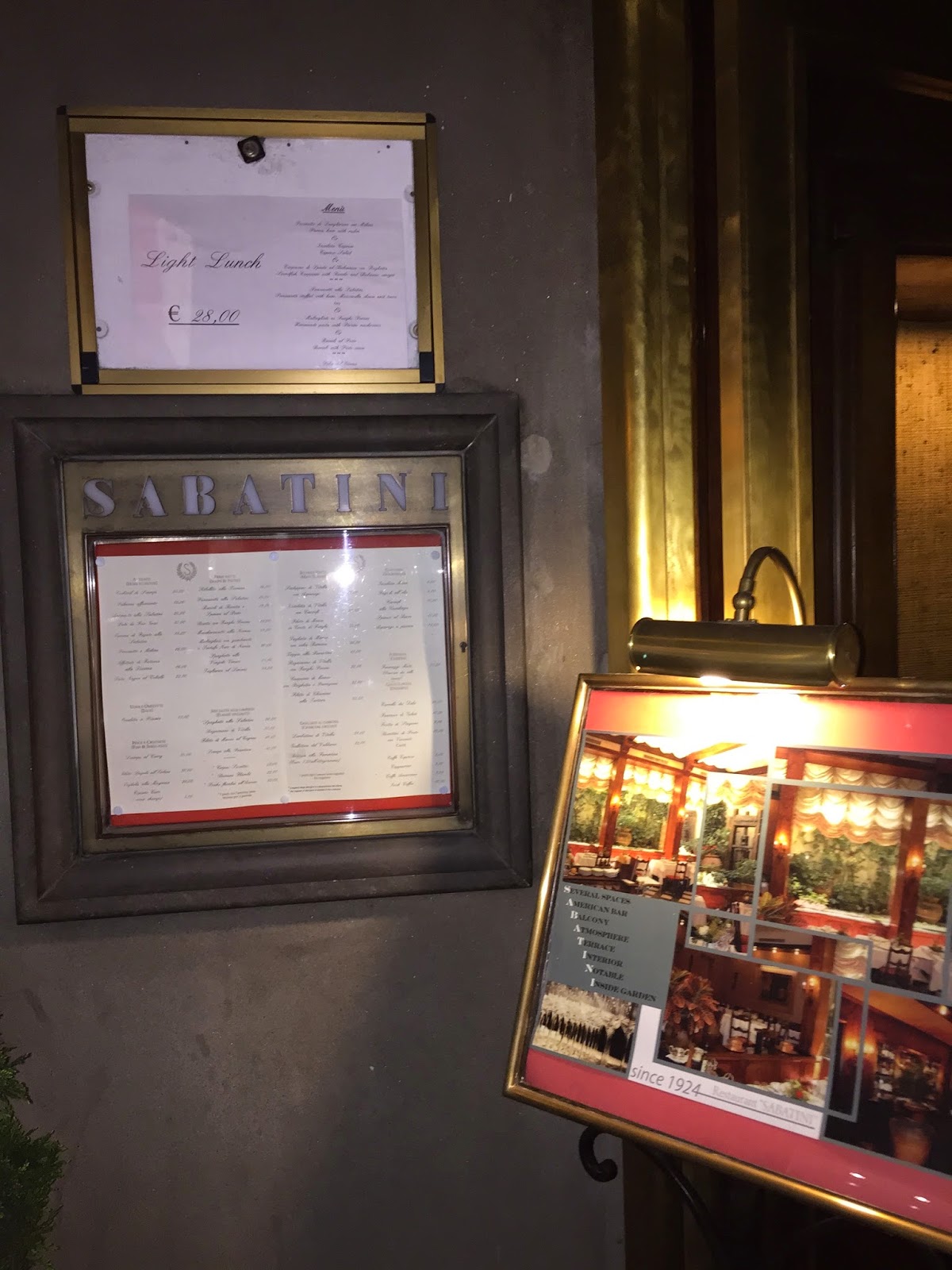 We ran through the ran, in the dark to finally come across Sabatini–a formal restaurant off the beaten path with a beautiful sign. 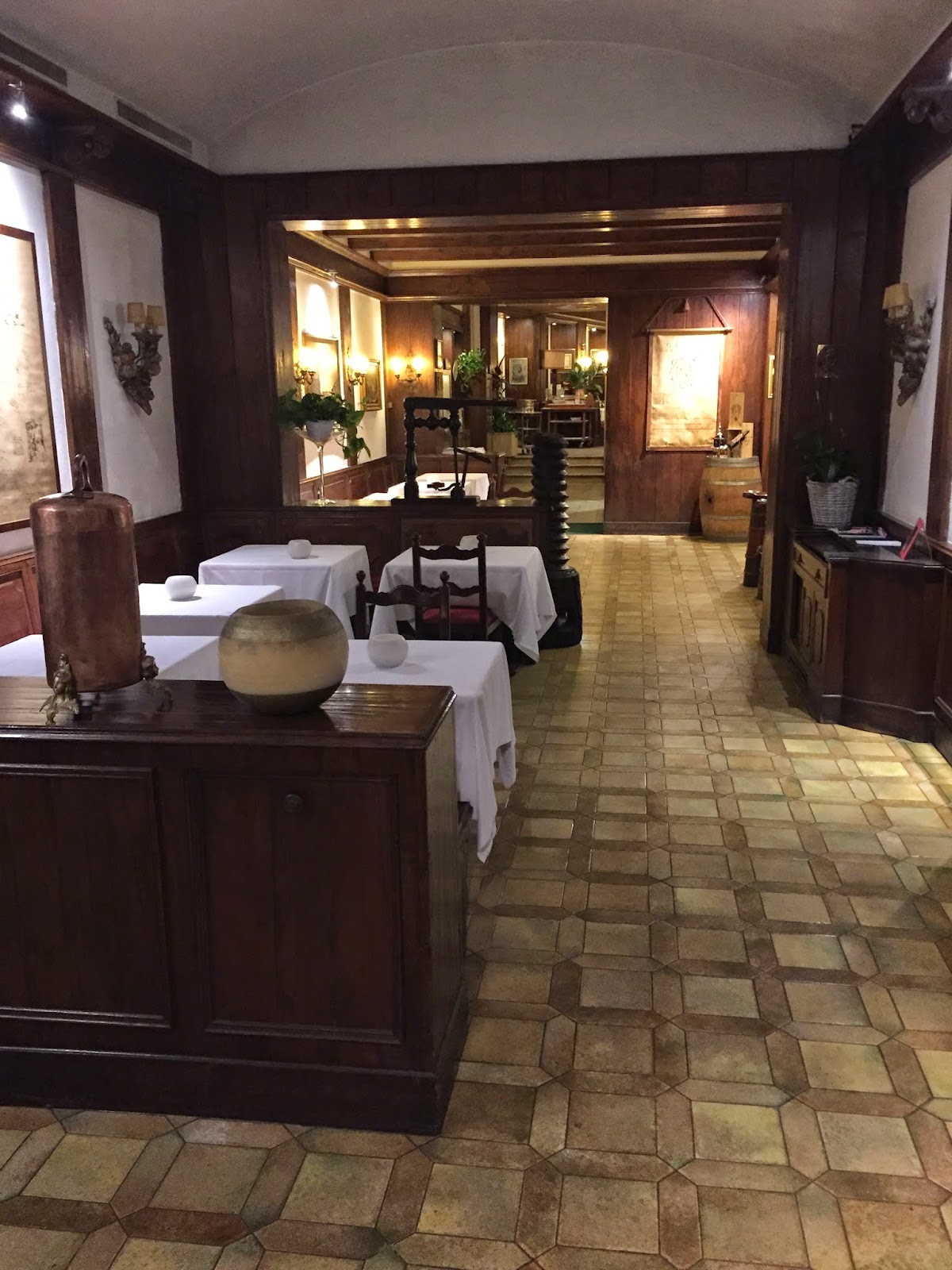 Push open the doors and the reviewer was right–not exactly modern, but spacious, welcoming and warm.  The Maitre D didn’t even lift an eyebrow when he saw me wearing my rain soaked Pumas, which was true class all the way (they are my only shoe option!).  I had’t realized it was so formal, but it didn’t seem to be a problem with him, nor anyone else, and my upper half was dressed better. 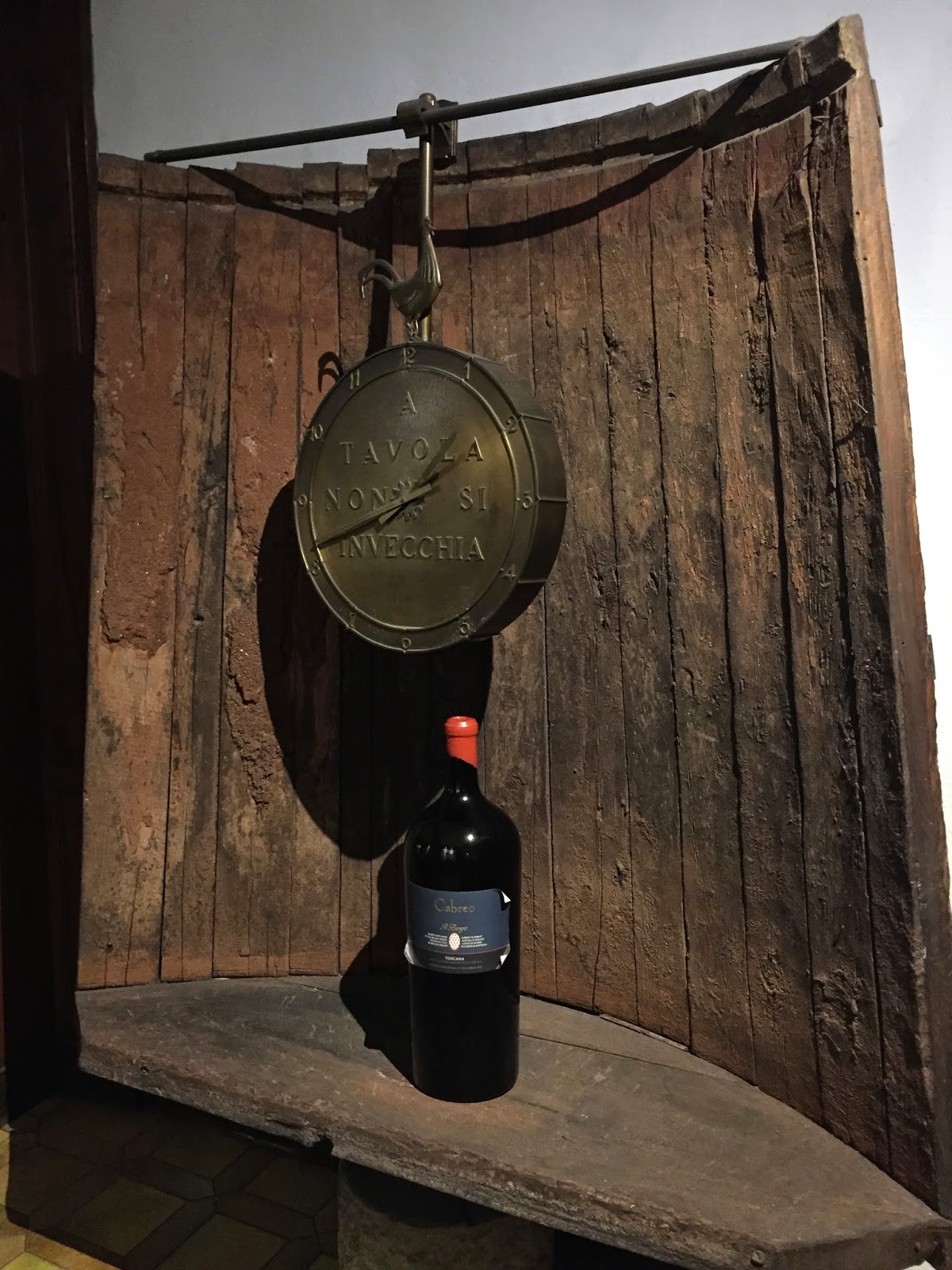 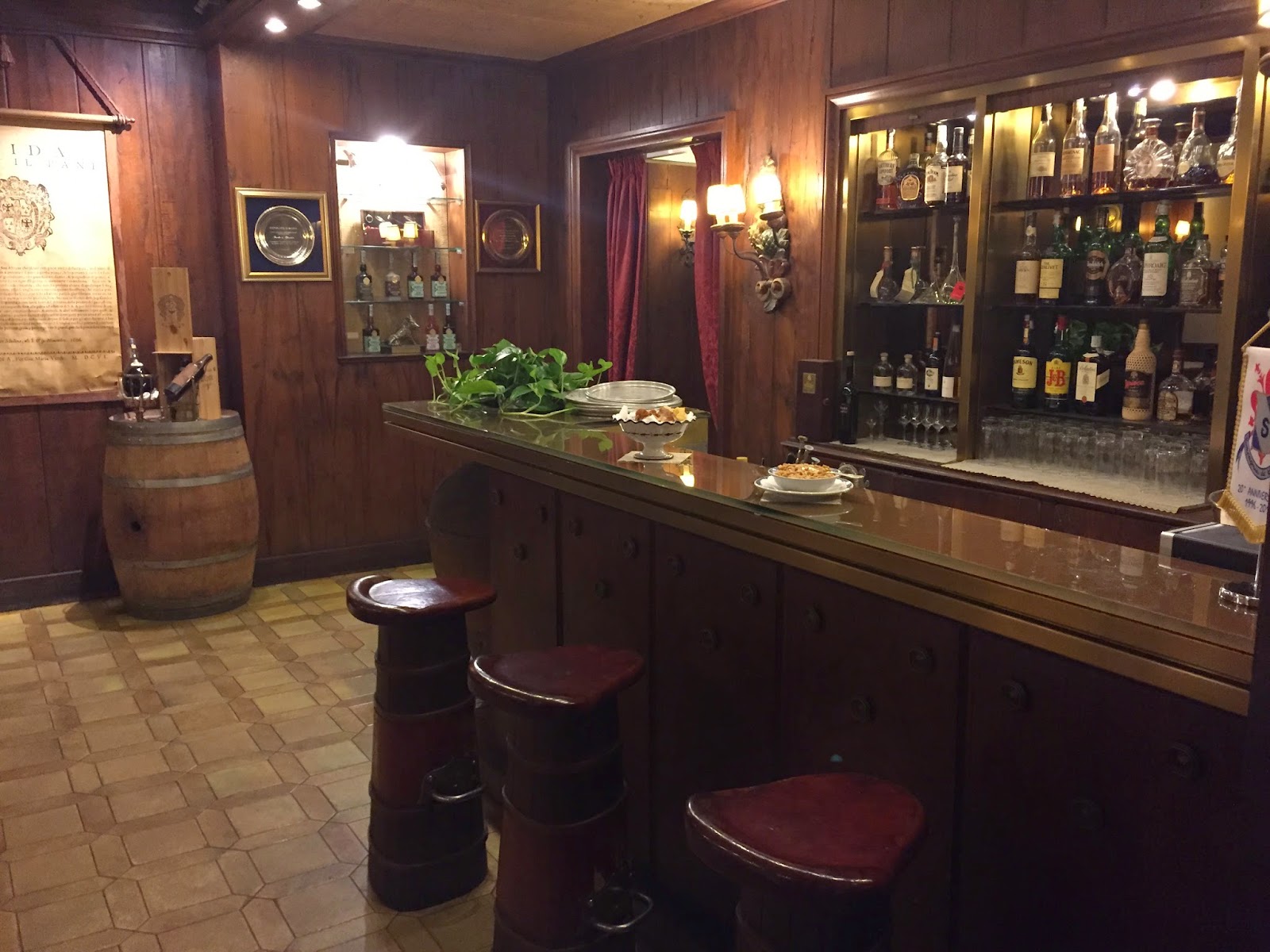 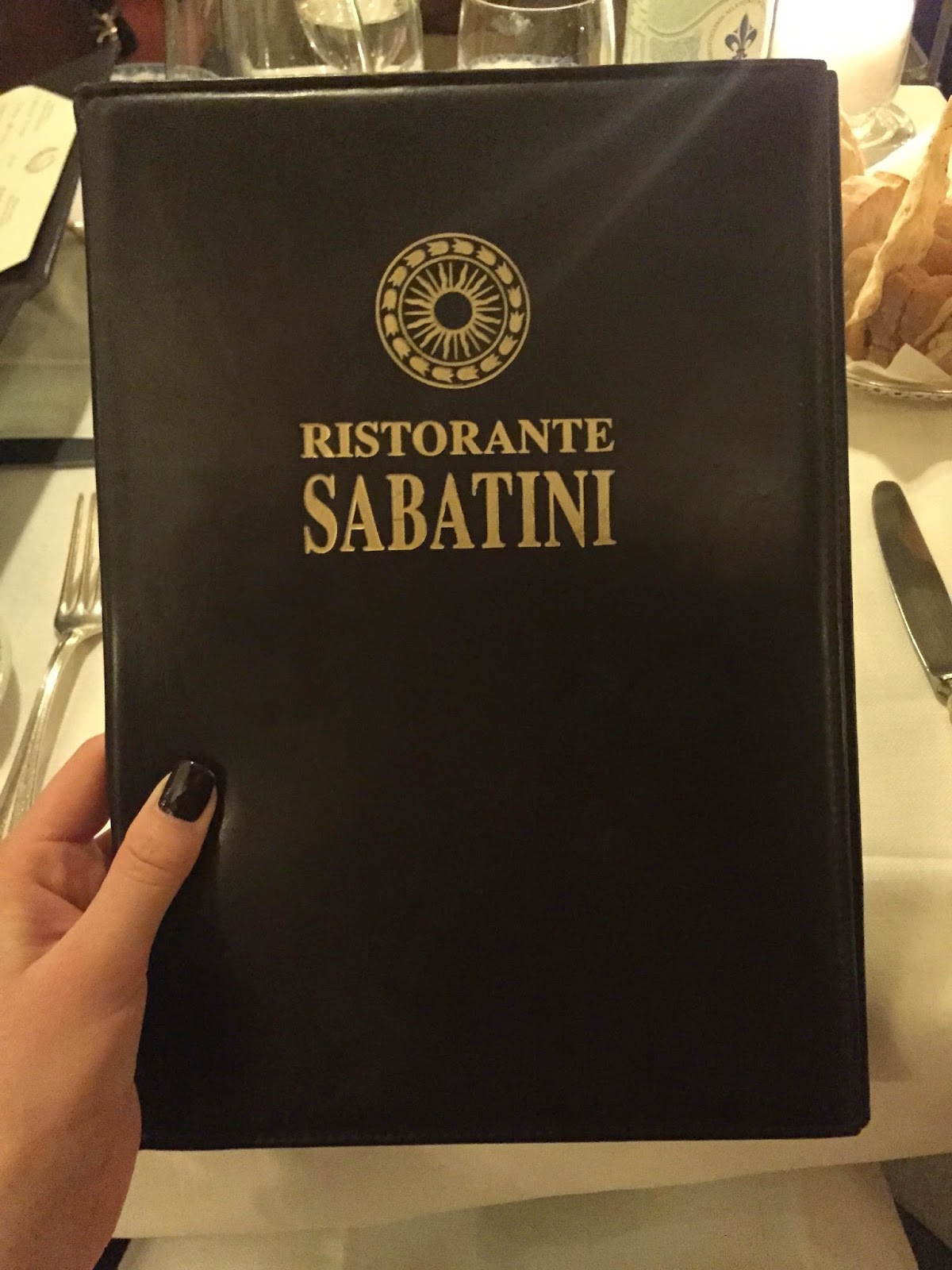 We settled in with our menus and took a look around to see a beautiful, enclosed garden within the dining area.  I swear I saw butterflies in there, but can’t be certain.

The restaurant wasn’t busy, but then again, it was Saturday of the Easter long weekend and from what I’m told, Italians like to take the long weekends to get out of town.  Being that this is not a touristy spot, it kind of made sense that it was quieter. 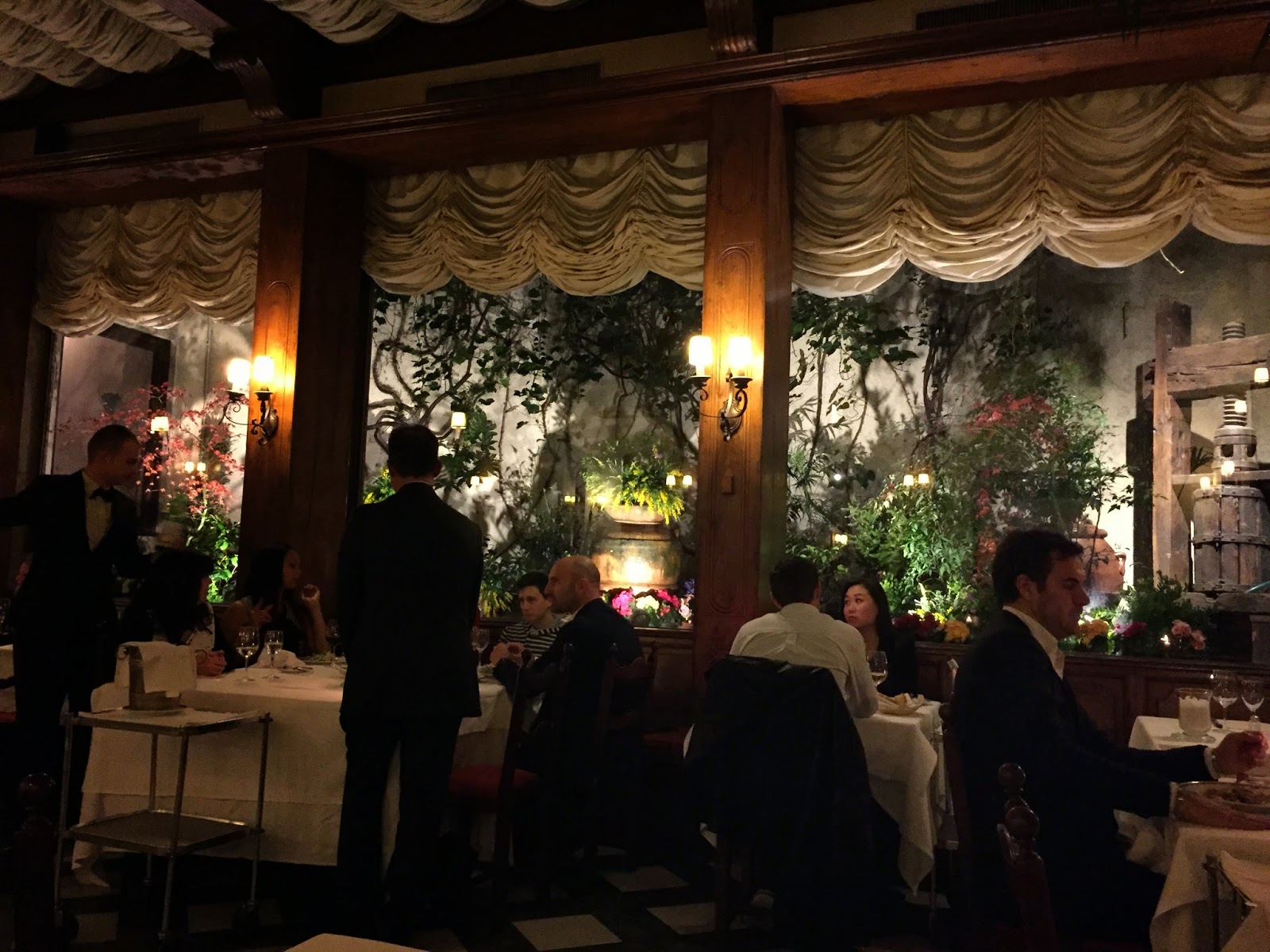 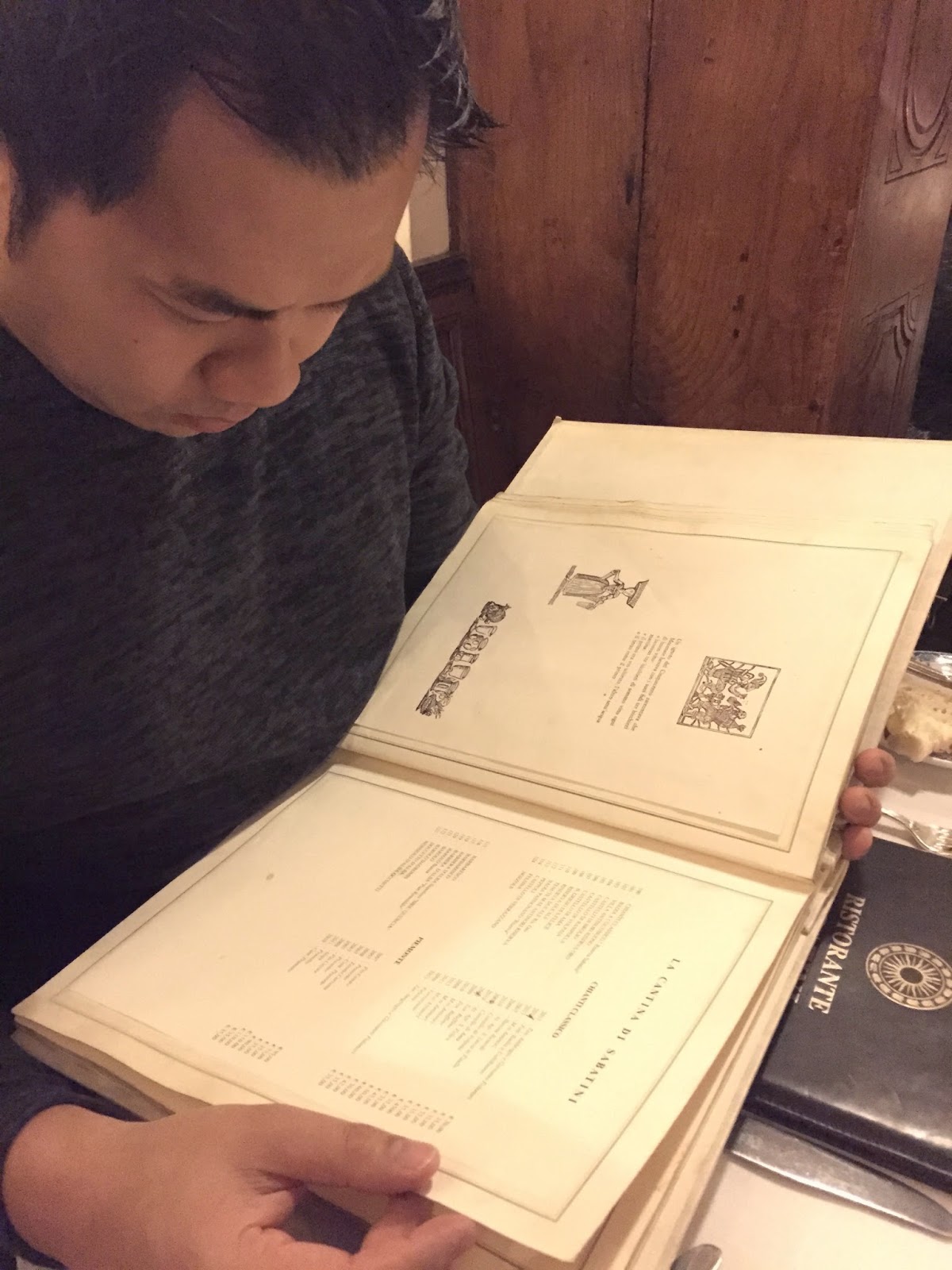 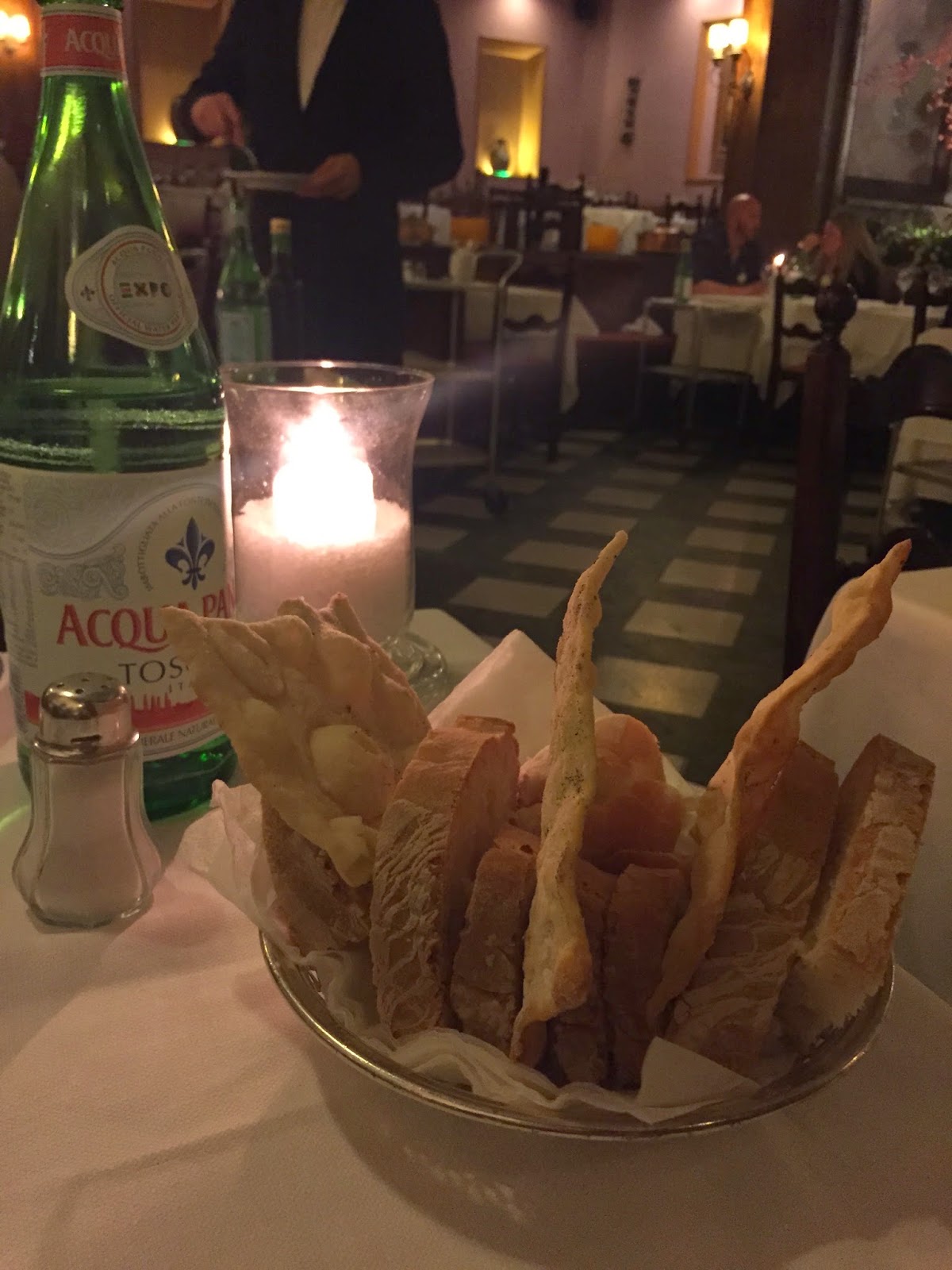 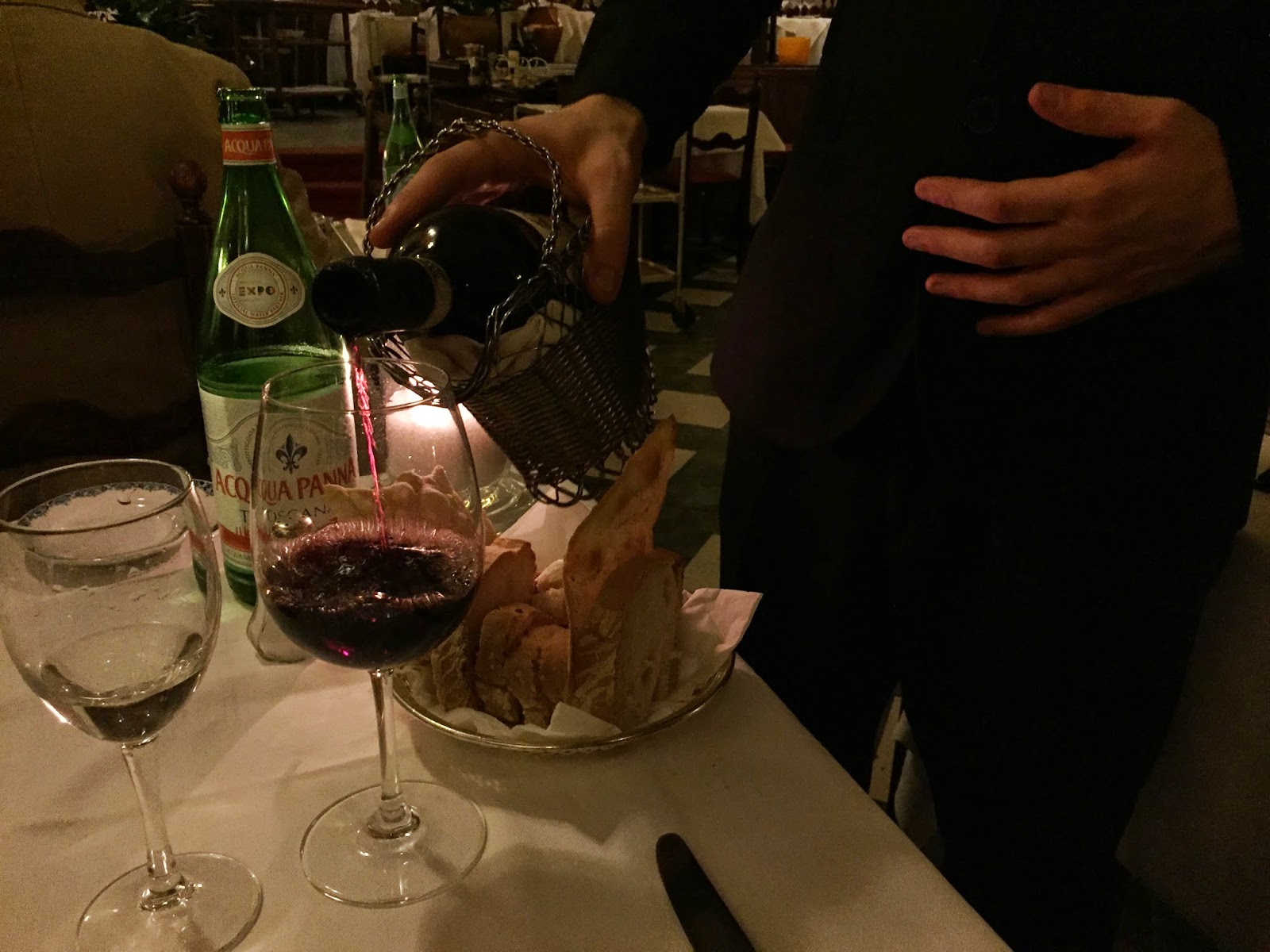 We have been sampling a lovely variety of Italian wines, and I have to say, while I’m usually a California wine lover, some of these wines have been amazing.  The Chianti we had that nice, which was simply the house wine, was unreal good.  Since that evening, we’ve been comparing all the Chianti’s we order to that bottle! 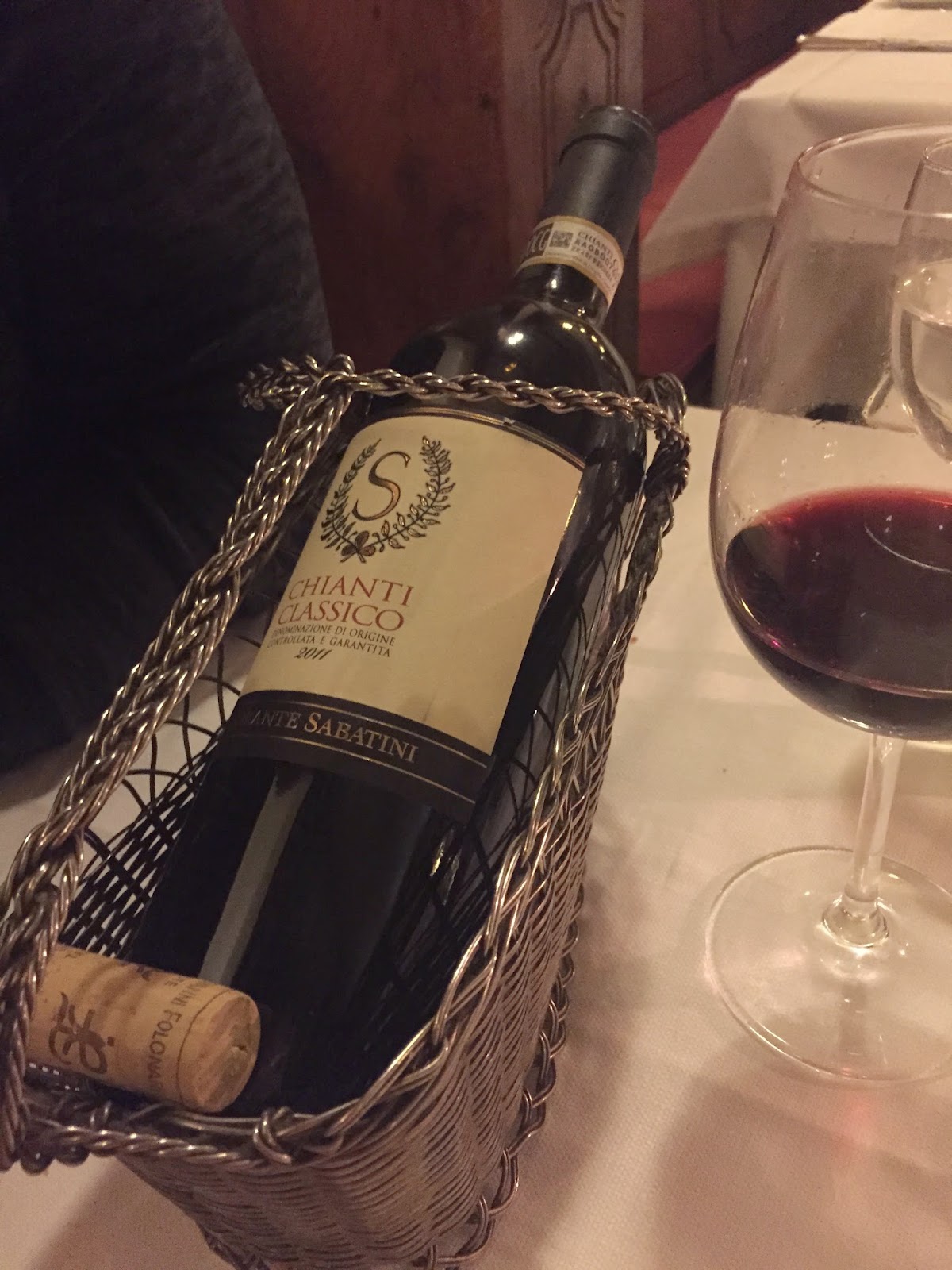 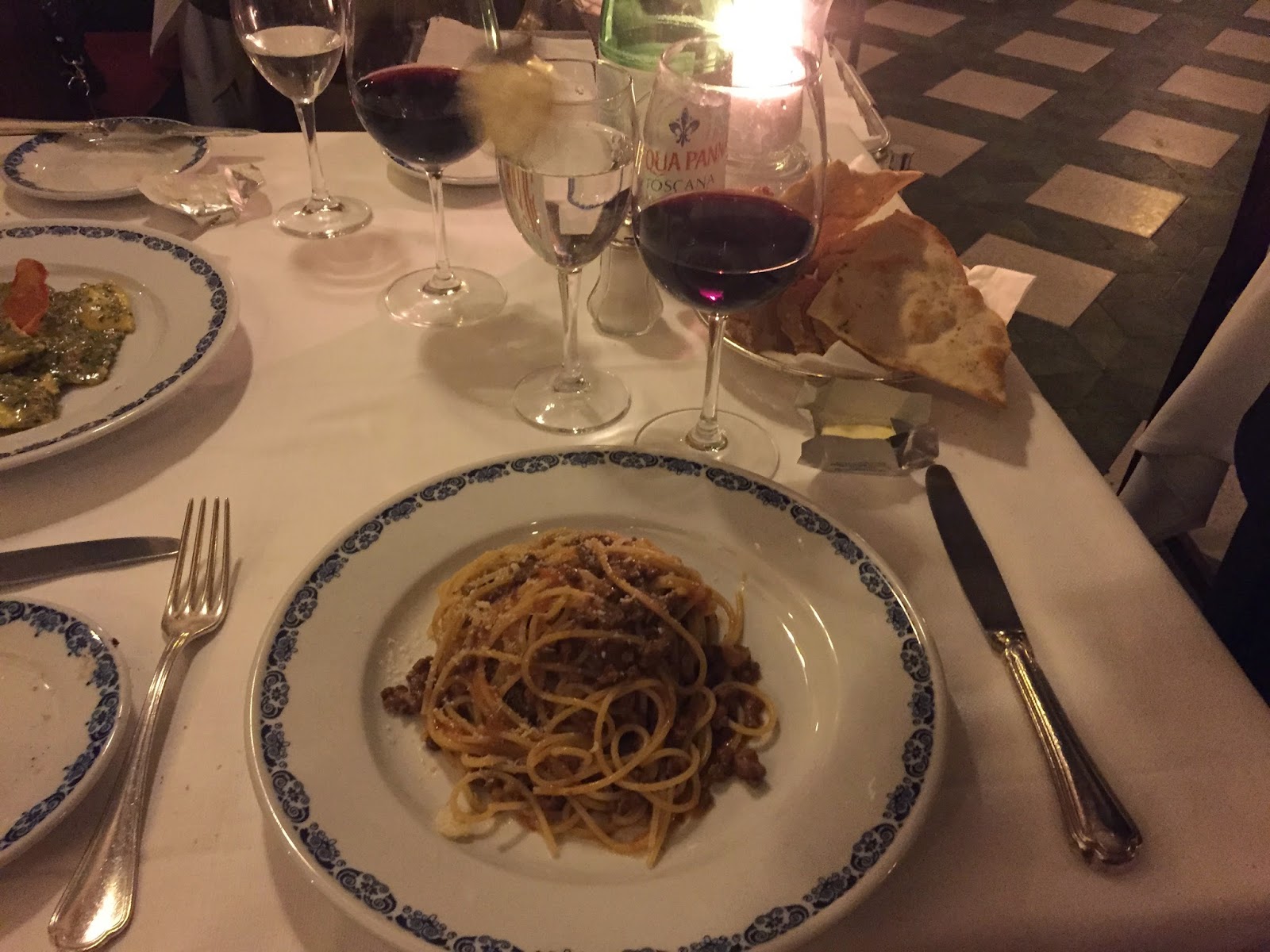 To start, they made me spaghetti Bolognese, which wasn’t even on the menu, but when I mentioned I was looking for a spaghetti in a meat sauce, versus the cream sauce on the menu, the Director taking our order immediately suggested they whip something up for me, ‘It’s not problem at all’.  Wow.  That said, it was awesome. 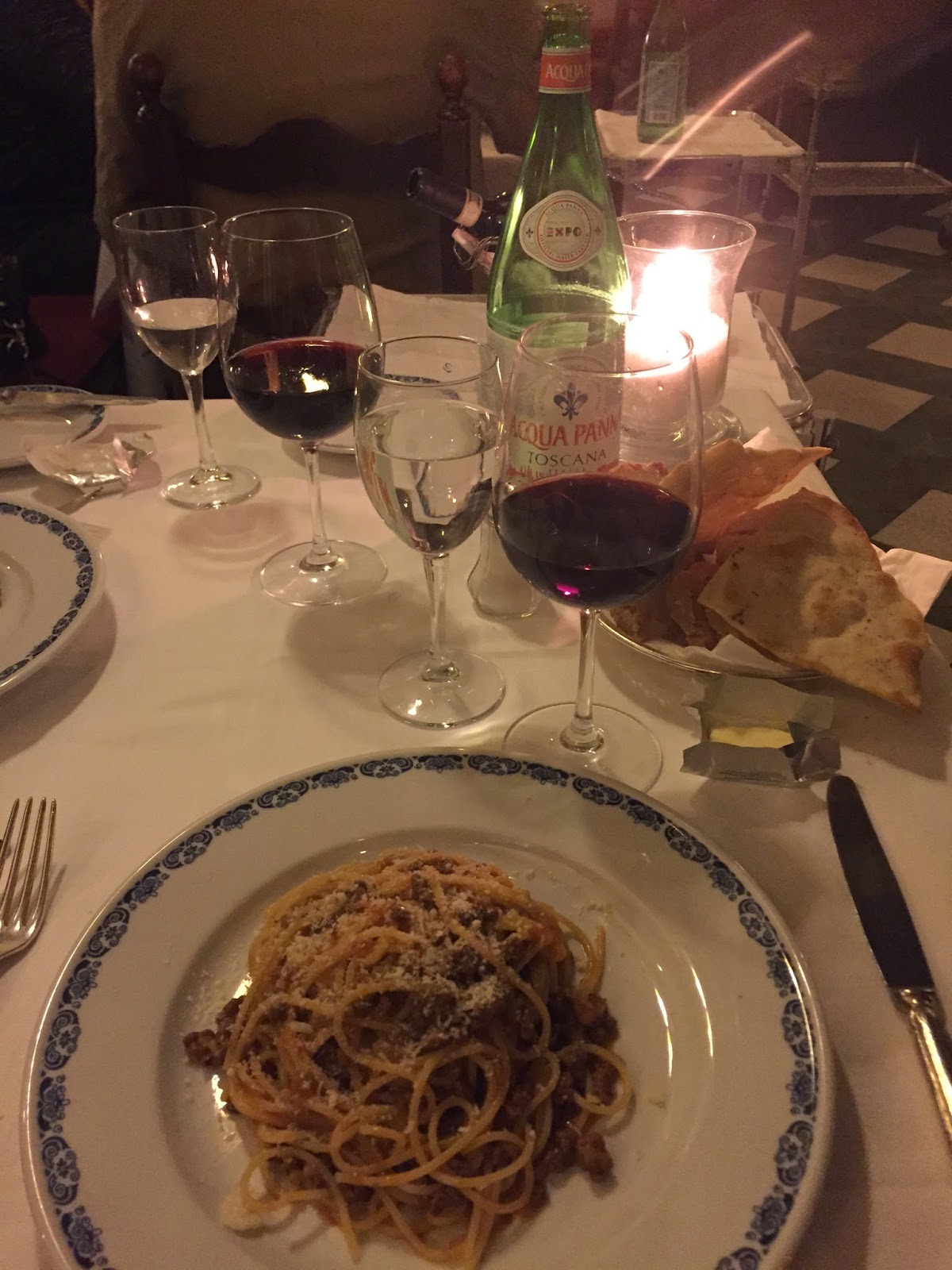 Something we’ve discovered and come to love–I mean, who wouldn’t–is that pasta is often a starter (or primi) to your meal.

Marco got his typical ravioli which he let me sample and it was superb. 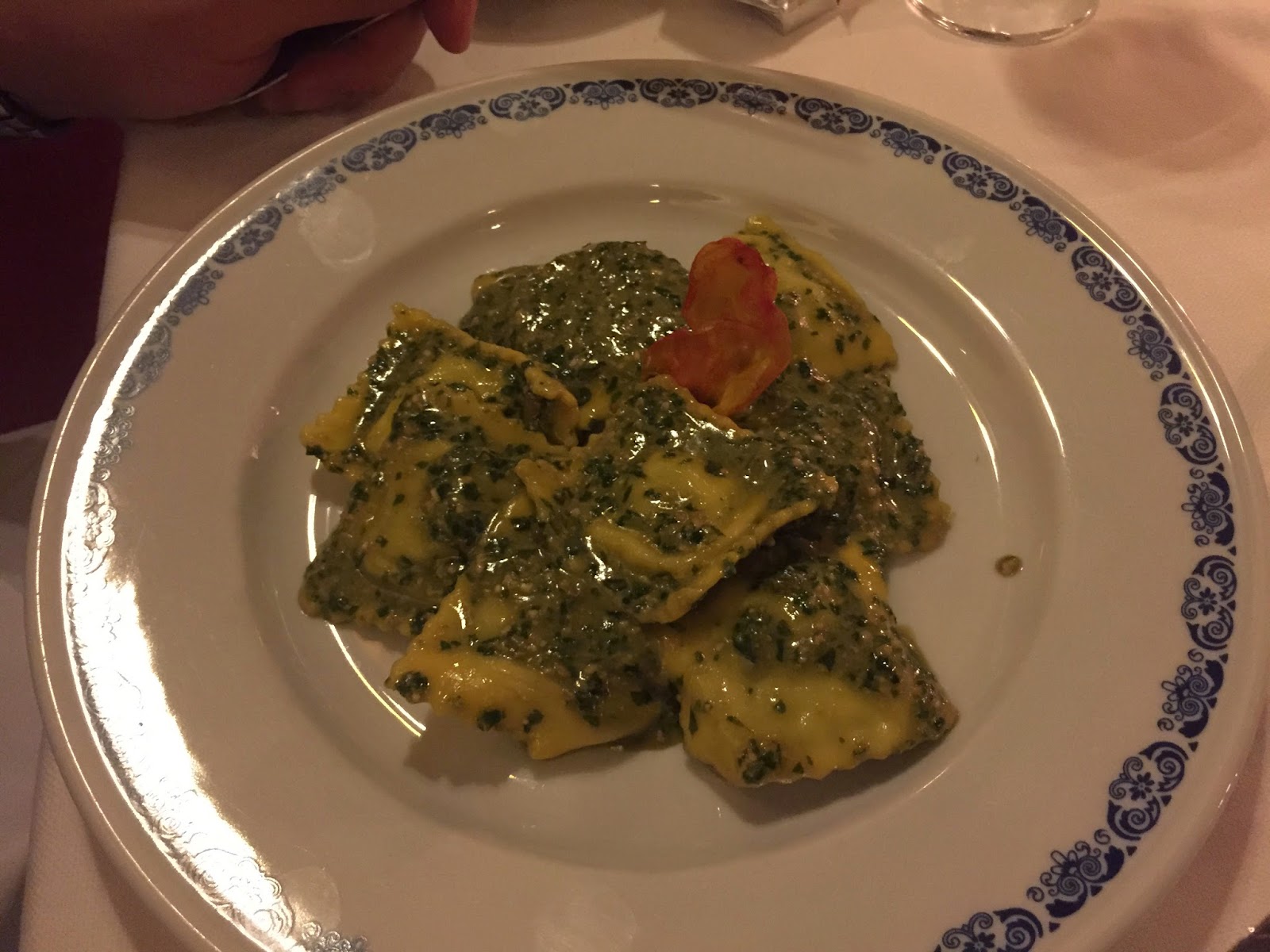 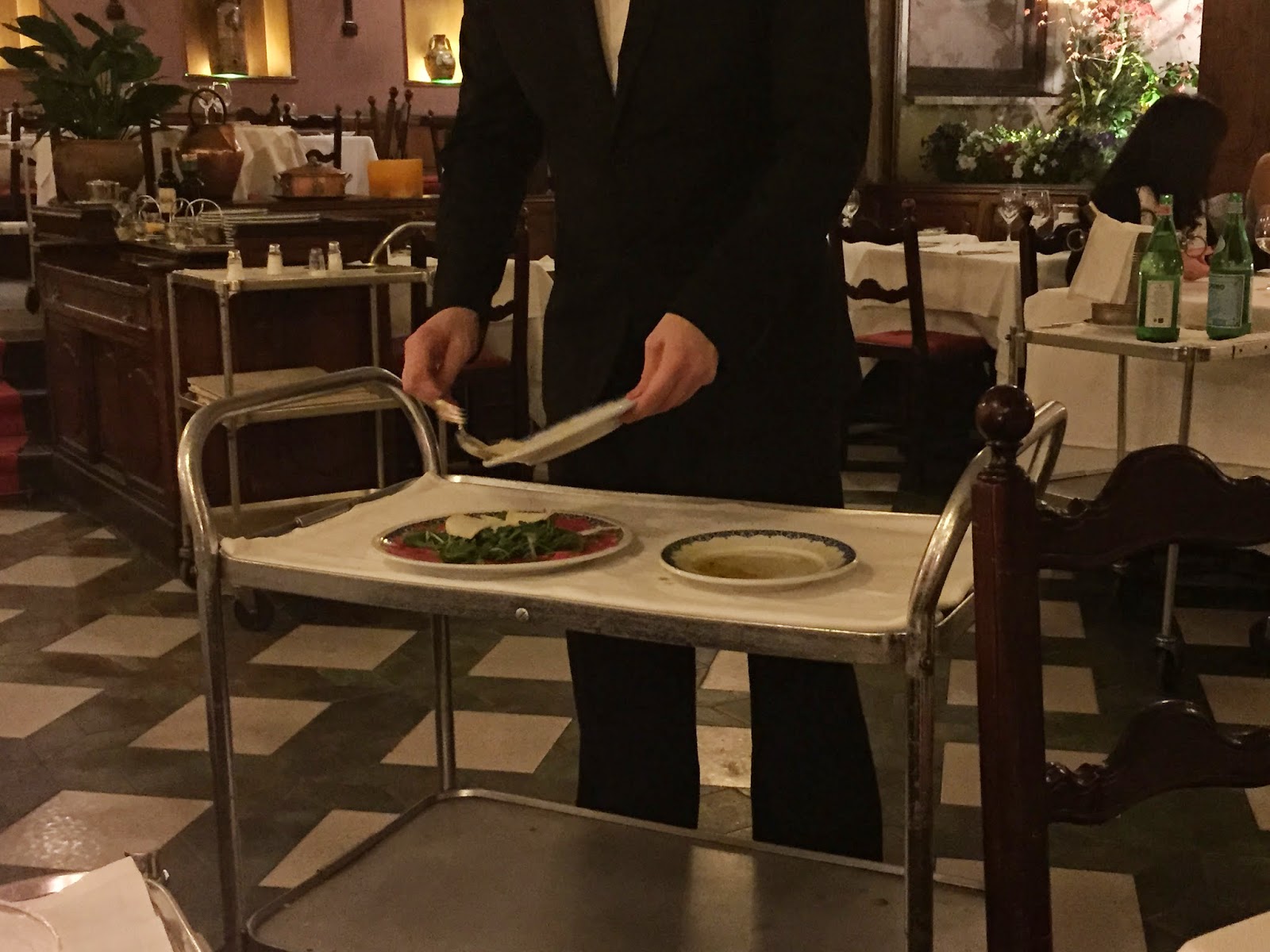 From there,it was onto dinner and when our server (in a tux) brought out my beef capriccio and prepared a dressing for it in front of us, that was the cake topper.  It was a combination of oils, seasoning and a few drops of vinegar–so good! 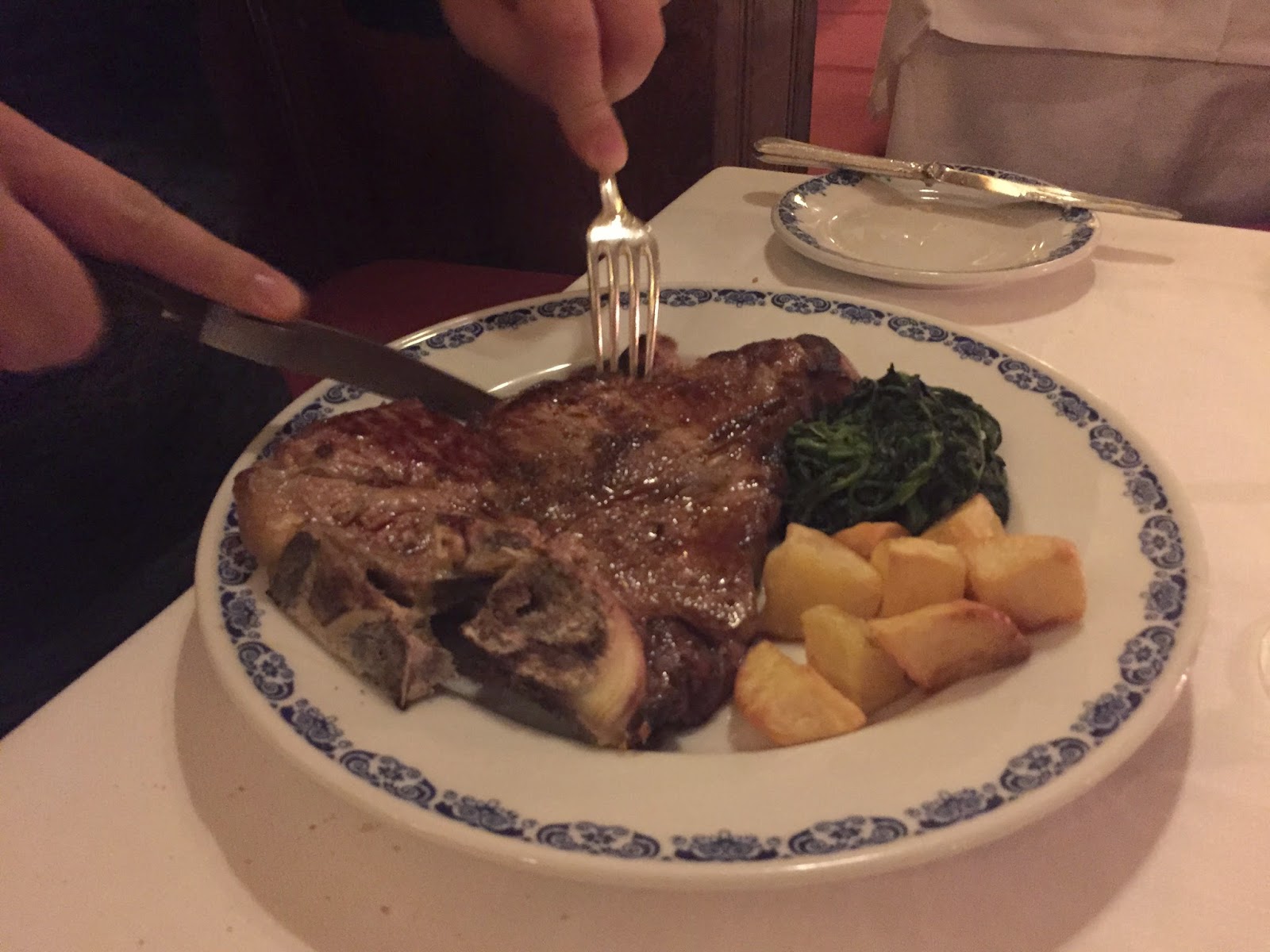 Marco ordered a steak and it was massive.  He let me eat his spinach (first greens in days, which, while I’m kind of enjoying, I’m kind of missing / feeling guilty over) but those roasted potatoes were where it was at. 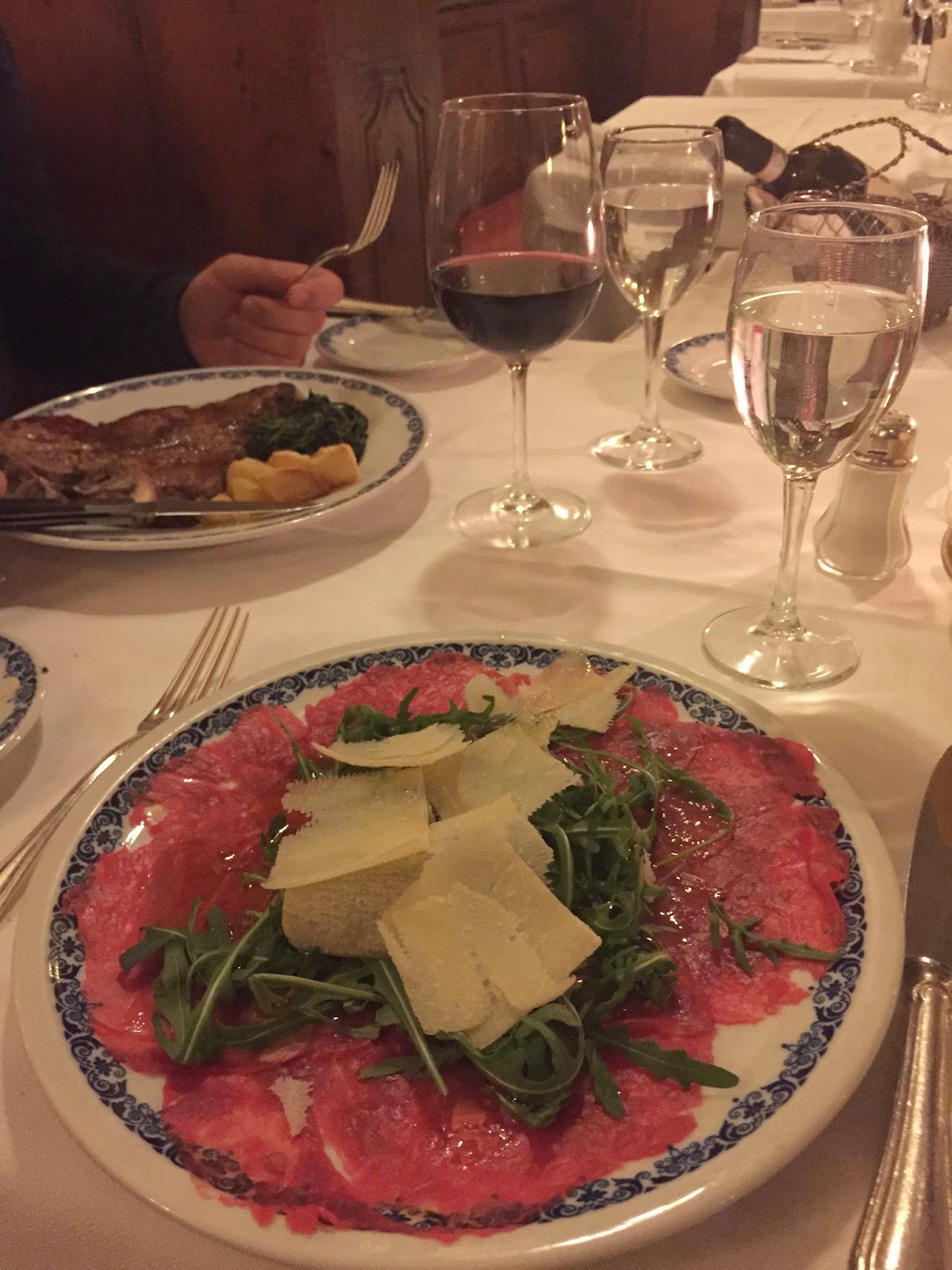 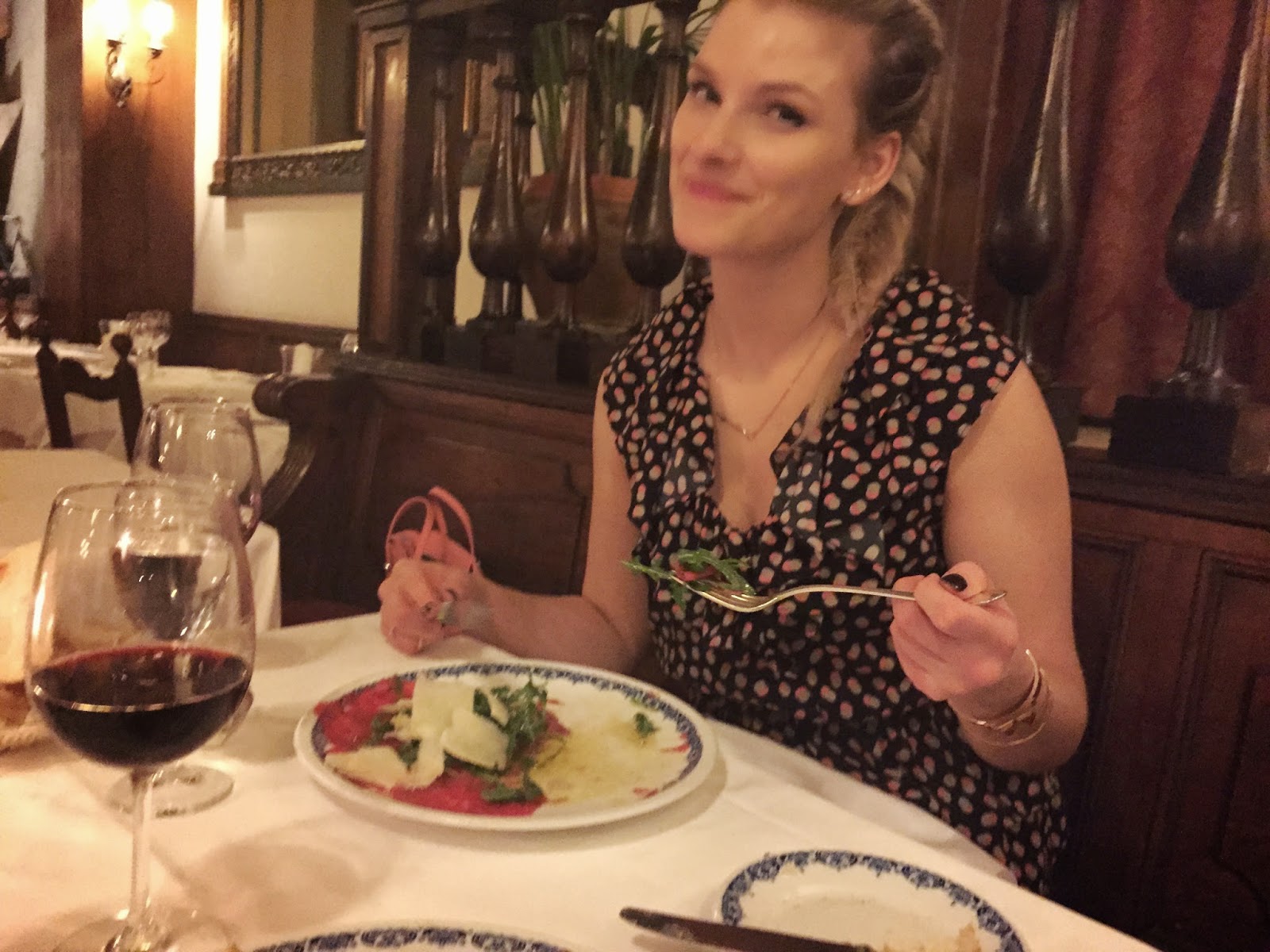 And then, the best part: dessert!

We haven’t been eating dessert with every meal, mainly because we are just so stuffed, but this dessert could not be passed up.  Basically the server comes over with a dessert cart.  Yes, a cart.  Filled with all of life’s wonderful things (ha!).

There were about six desserts to choose from and it was hard to choose just two–I wanted all of them! 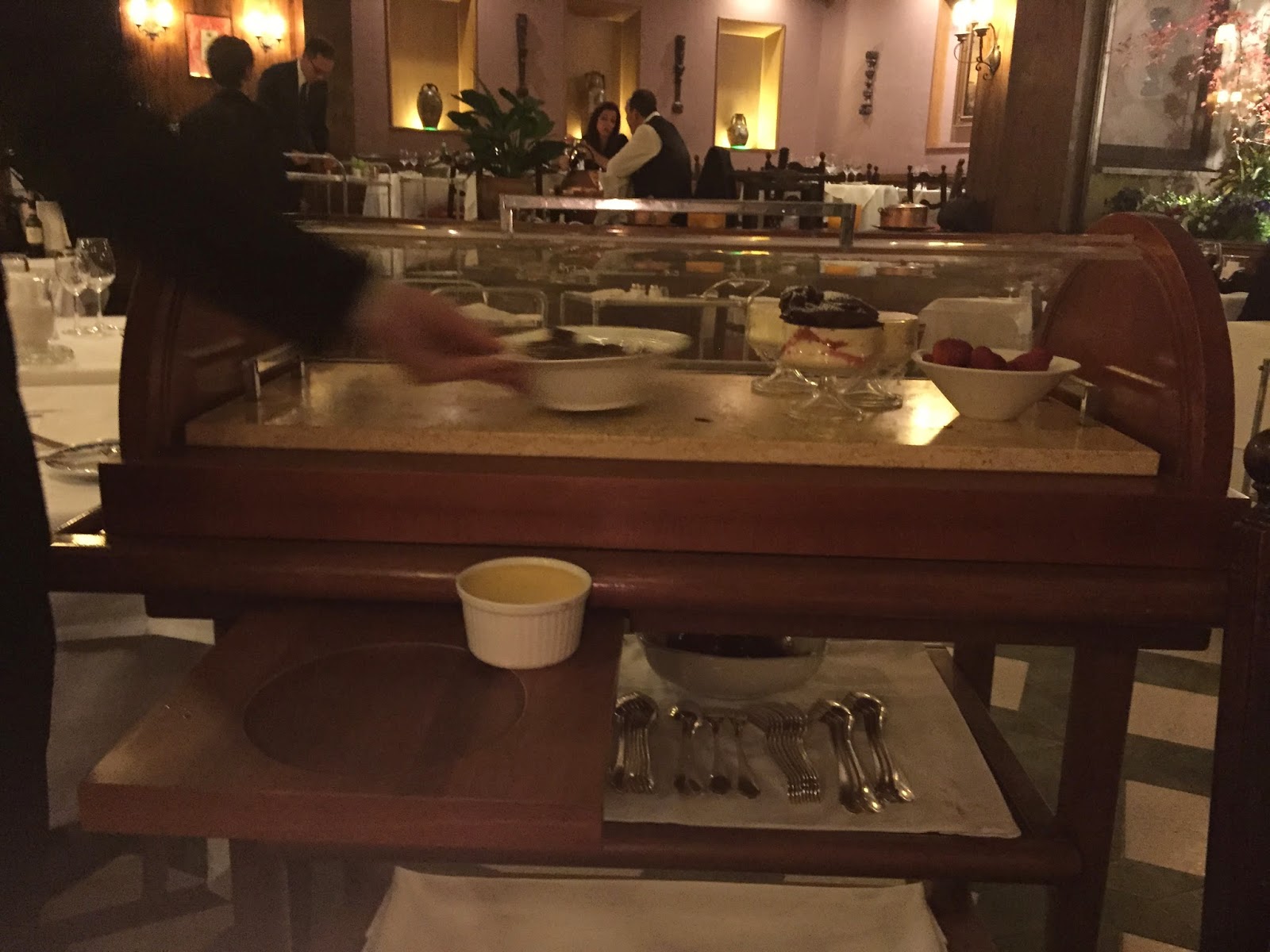 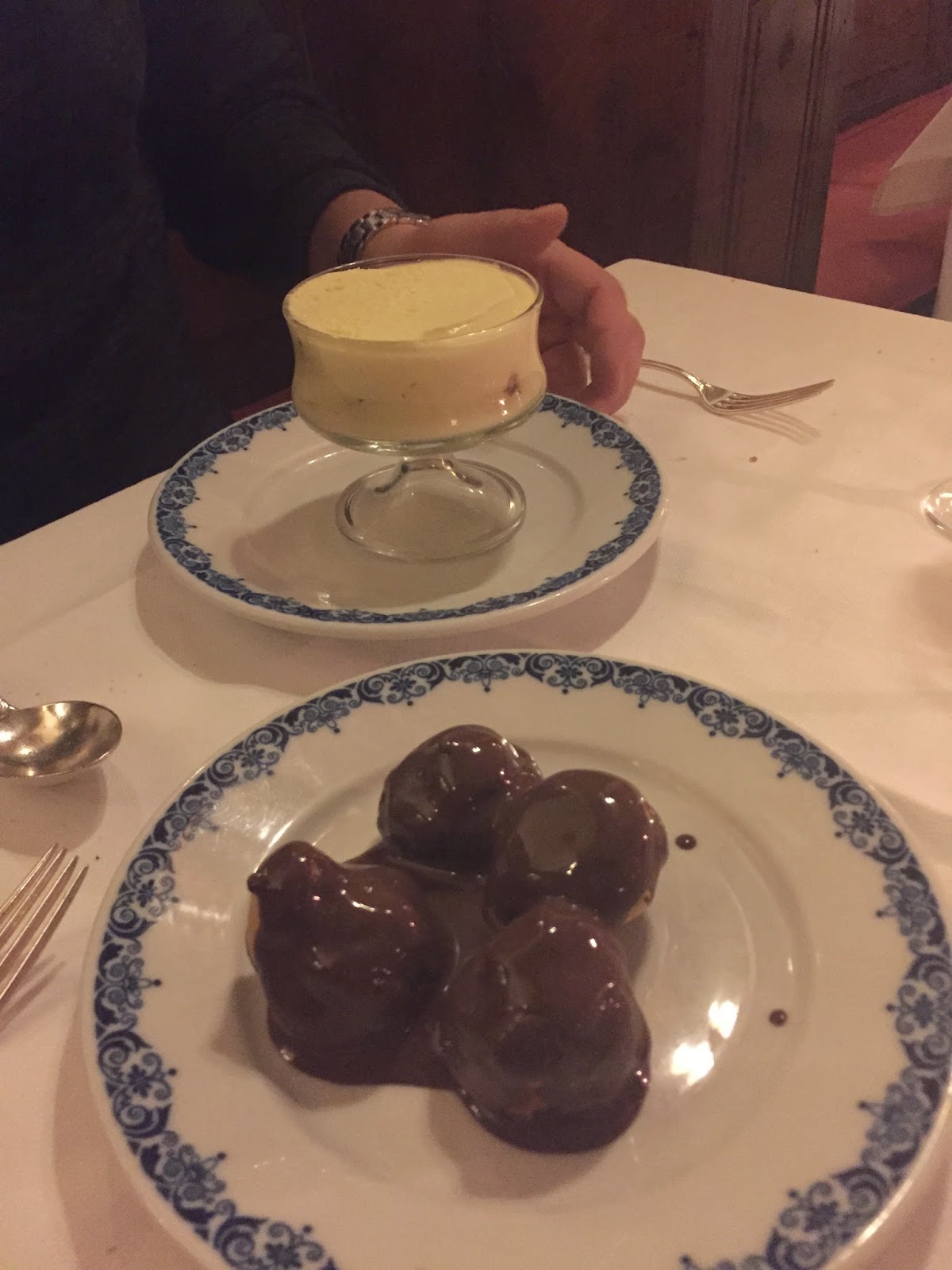 We finally decided on Tiramisu (for him) and chocolate covered cream puffs (for me) which were just as amazing as the rest of the meal. 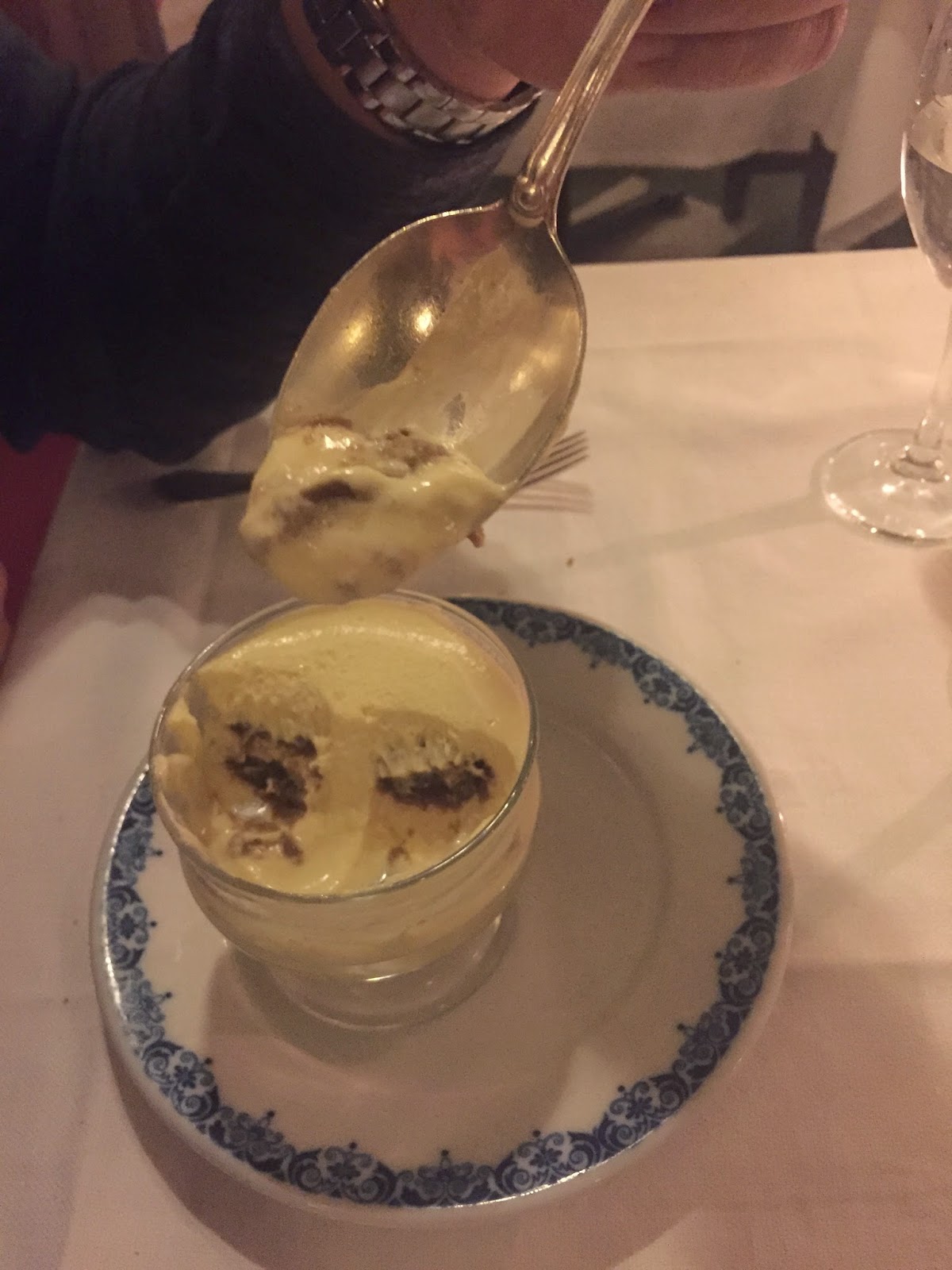 Verdict?  Definitely recommend if you’re looking for a bit of a pricier meal with superb service.  On top of the amazing food, the service was top notch–we were treated so well by all the staff and they know exactly when to come and when to give you space and our wine glasses were never empty.  I can’t say enough great things about this restaurant and we were so happy we experienced it.

Or you can make a reservation online here.