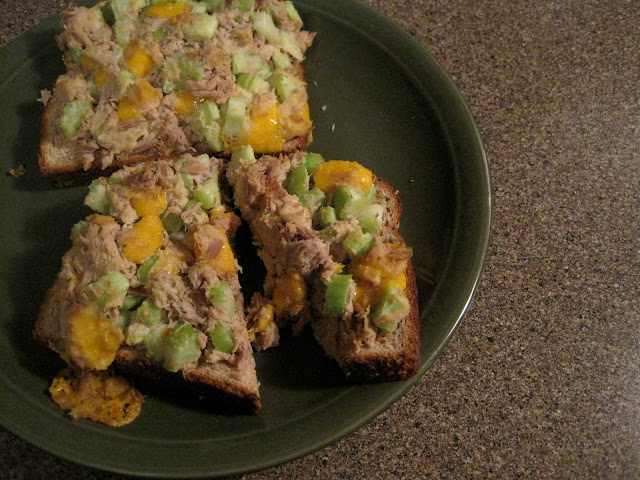 While driving home from the gym the other night I knew I’d be eating solo and wanted something quick, healthy and to be able to use ingredients I already had (I really didn’t want to stop at the grocery store!).  I decided on the tried and true tuna melts I often make in this situation.  When I got home, I realized there was no mayo but remembered a friend had advised me years ago that you could substitute humus wherever you used mayo (a trick her doctor taught her).  I actually had humus and gave it a shot and it was actually really good.  From now on, this is how I will make my tuna melts.  Now, to keep humus on hand will be the tricky part…

– 1 can of tuna (preferably in water, much healthier)

– block cheese (I used what I had on hand, cheddar)

– a spoonful of humus

– some sort of bread 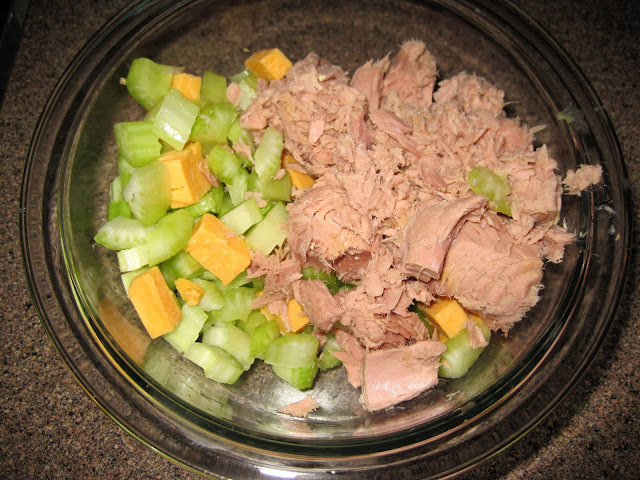 Chop celery, cheese and mix in a medium bowl with the canned tuna 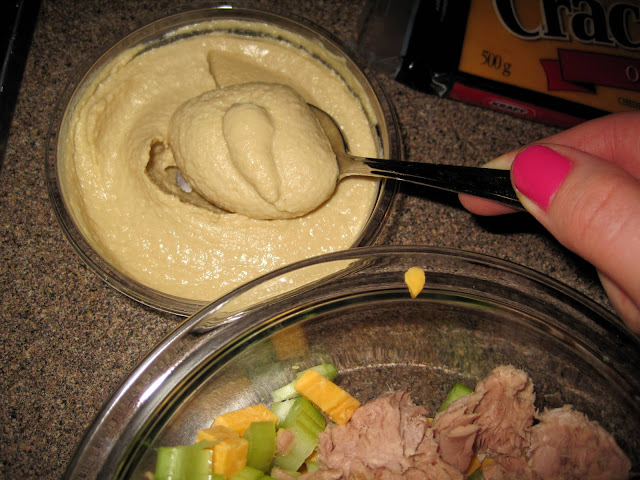 Add a spoonful of humus (I just winged this, you might need a bit more/less) 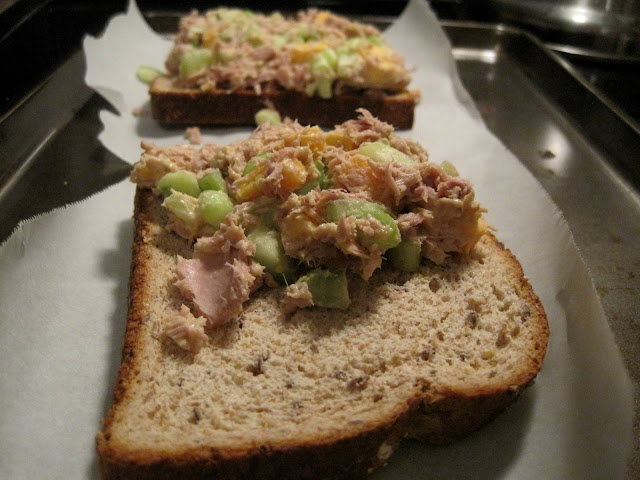 or until cheese is melted and the tops look slightly browned