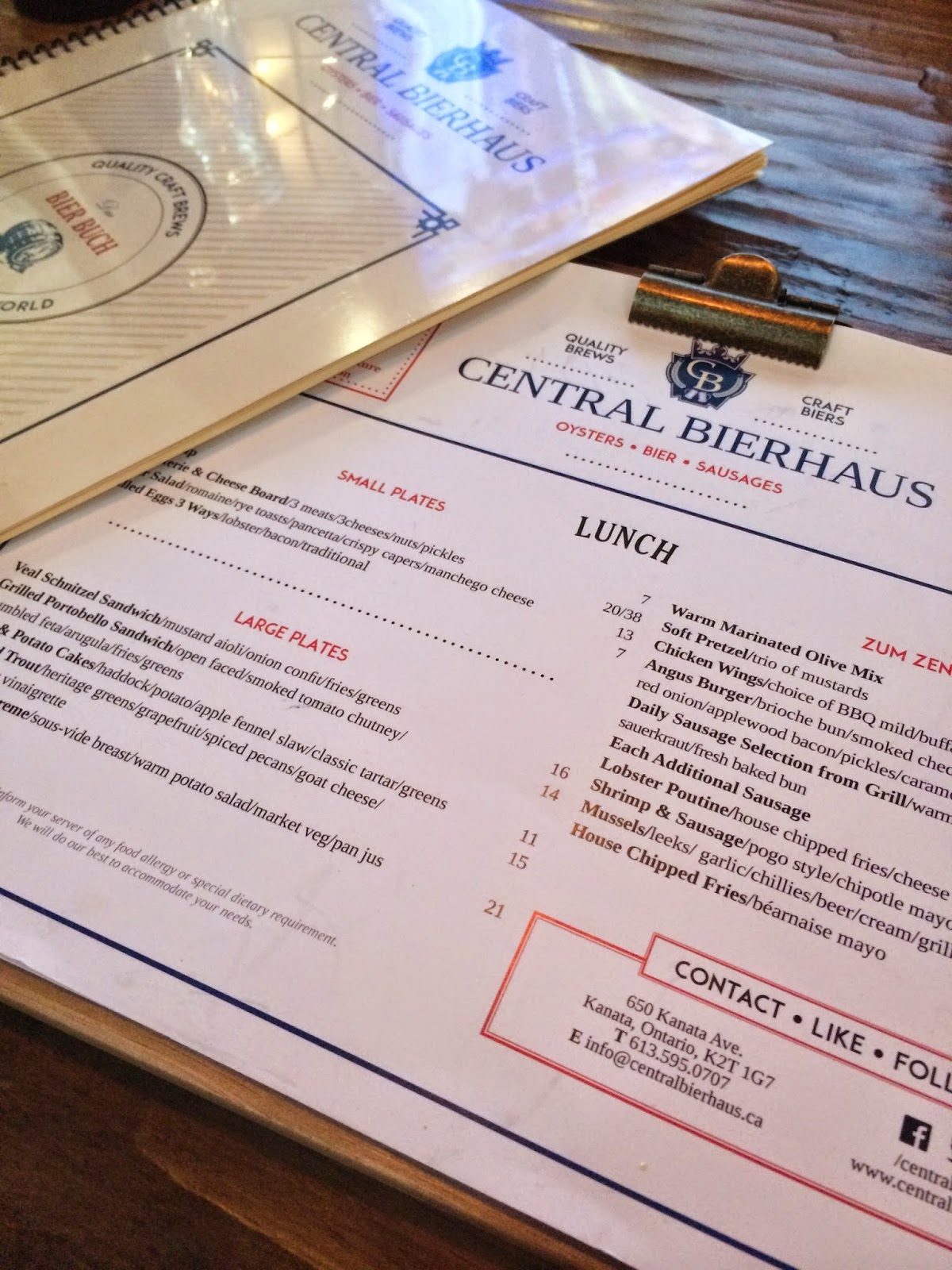 Marco and I hit up the new Central Bierhaus in Kanata to try out their sausages and massive selection of beer the other day and it did not disappoint.

After being greeted, via sign, in German, you’re led through the massive, industrial pub to either a large booth, a long picnic-style table or a half booth (they also have a great outdoor, covered, patio).  We got the latter and sat near the back, close to the massive big screen and open kitchen. 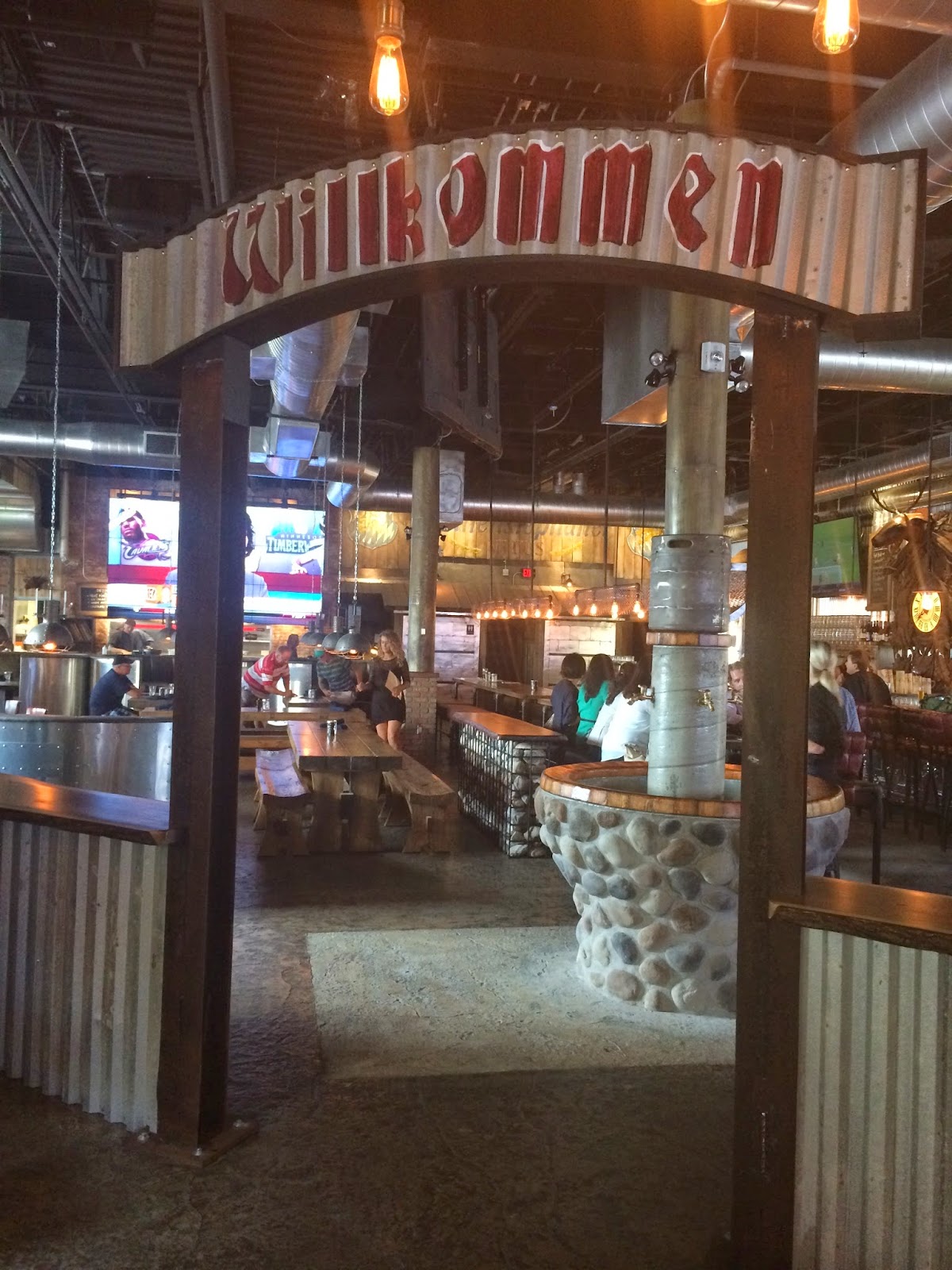 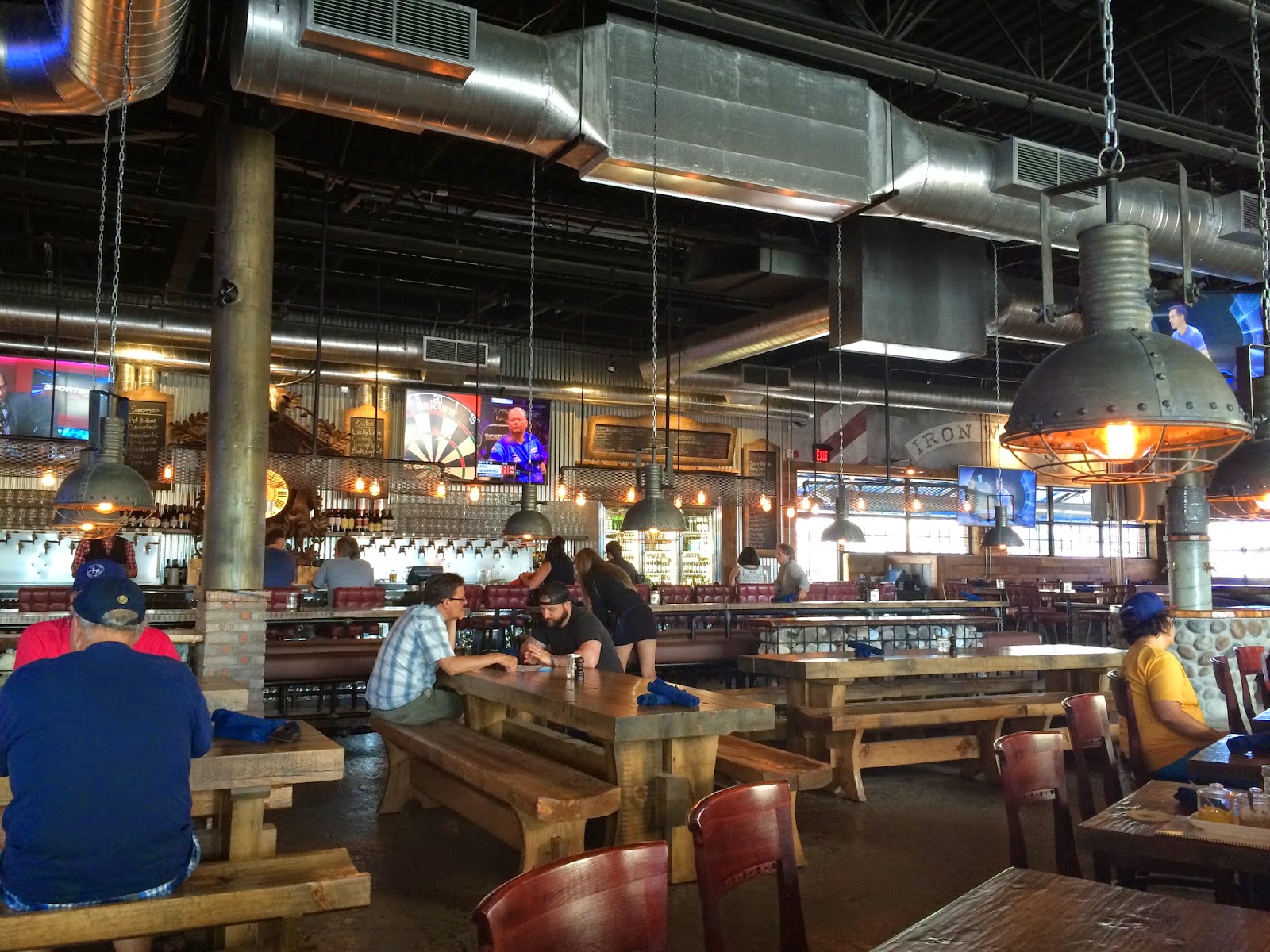 Our server greeted us and briefed us on the book–literally!–of beer selections and went off to grab us some water and allow us to get settled. 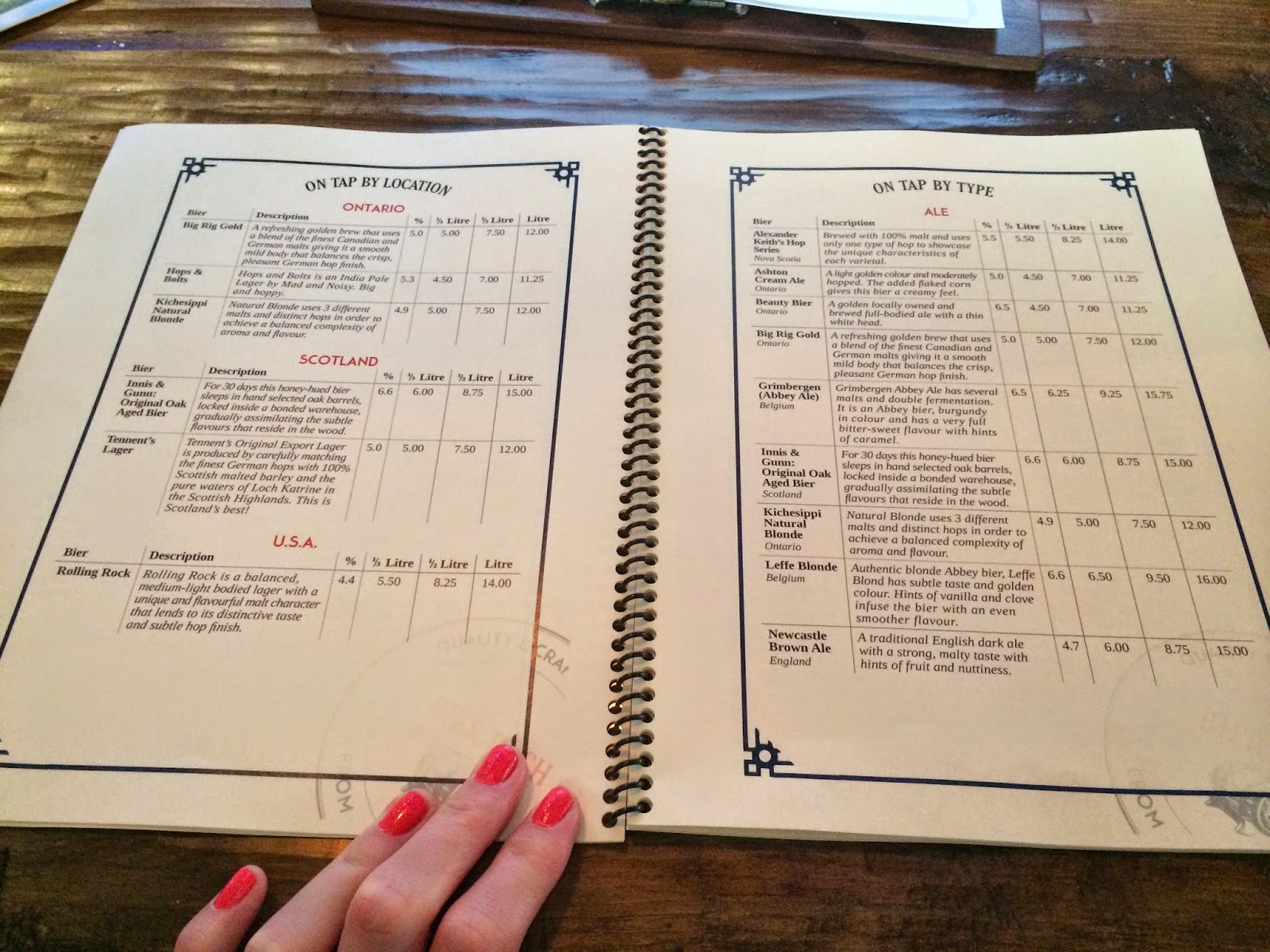 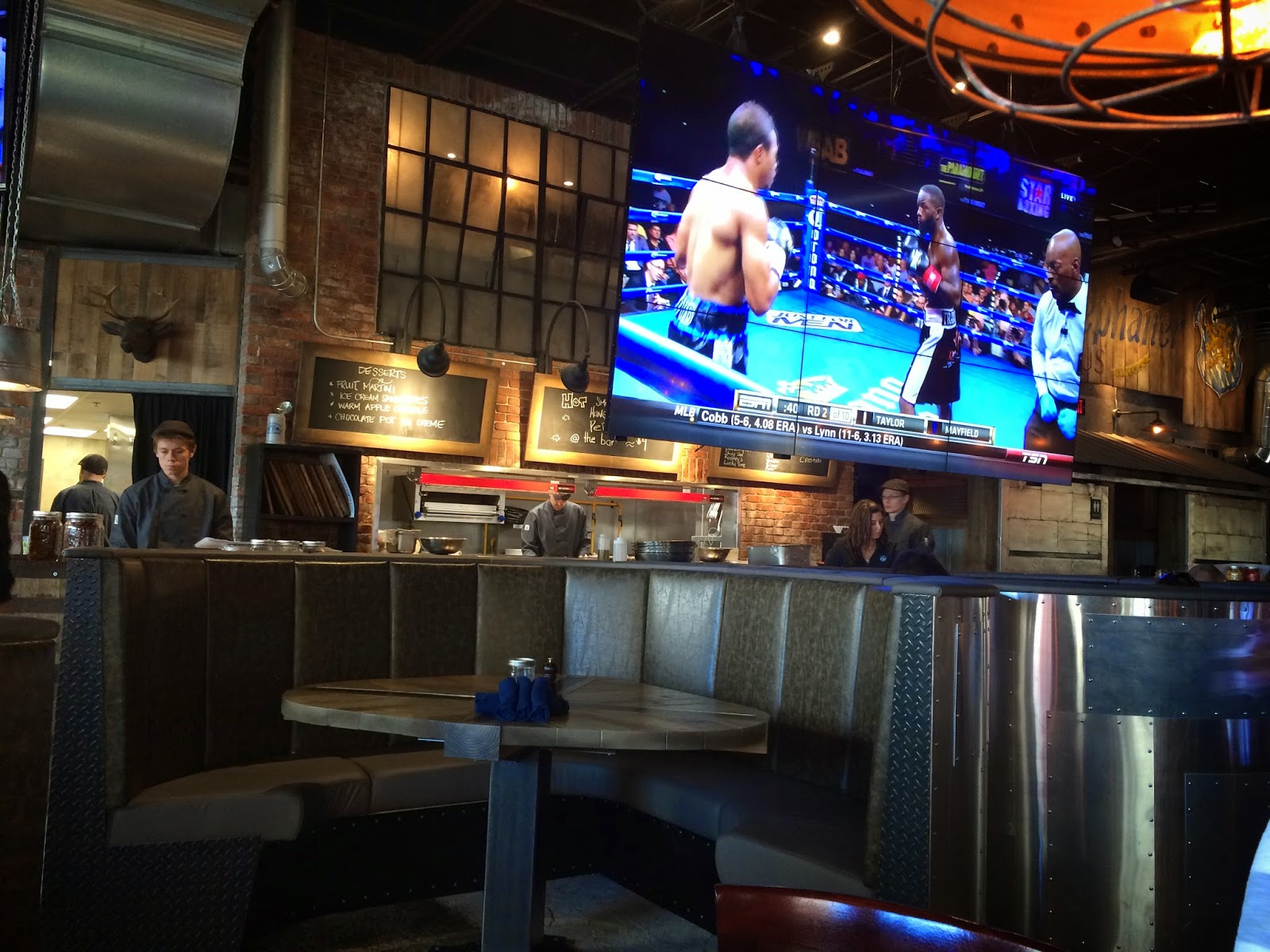 When she came back, I still couldn’t decide on what to try so after quickly quizzing me, she suggested the Stiegl Radler which was a super fruity and refreshing beer–nothing like I’d ever had before.  Bonus, only 25 calories in this skinny glass!

Marco grabbed the Ontario Beauty which was a bit darker, in a larger glass, and had awesome flavour.  I’m not much of an ale lover, but I would definitely get that one on my own. 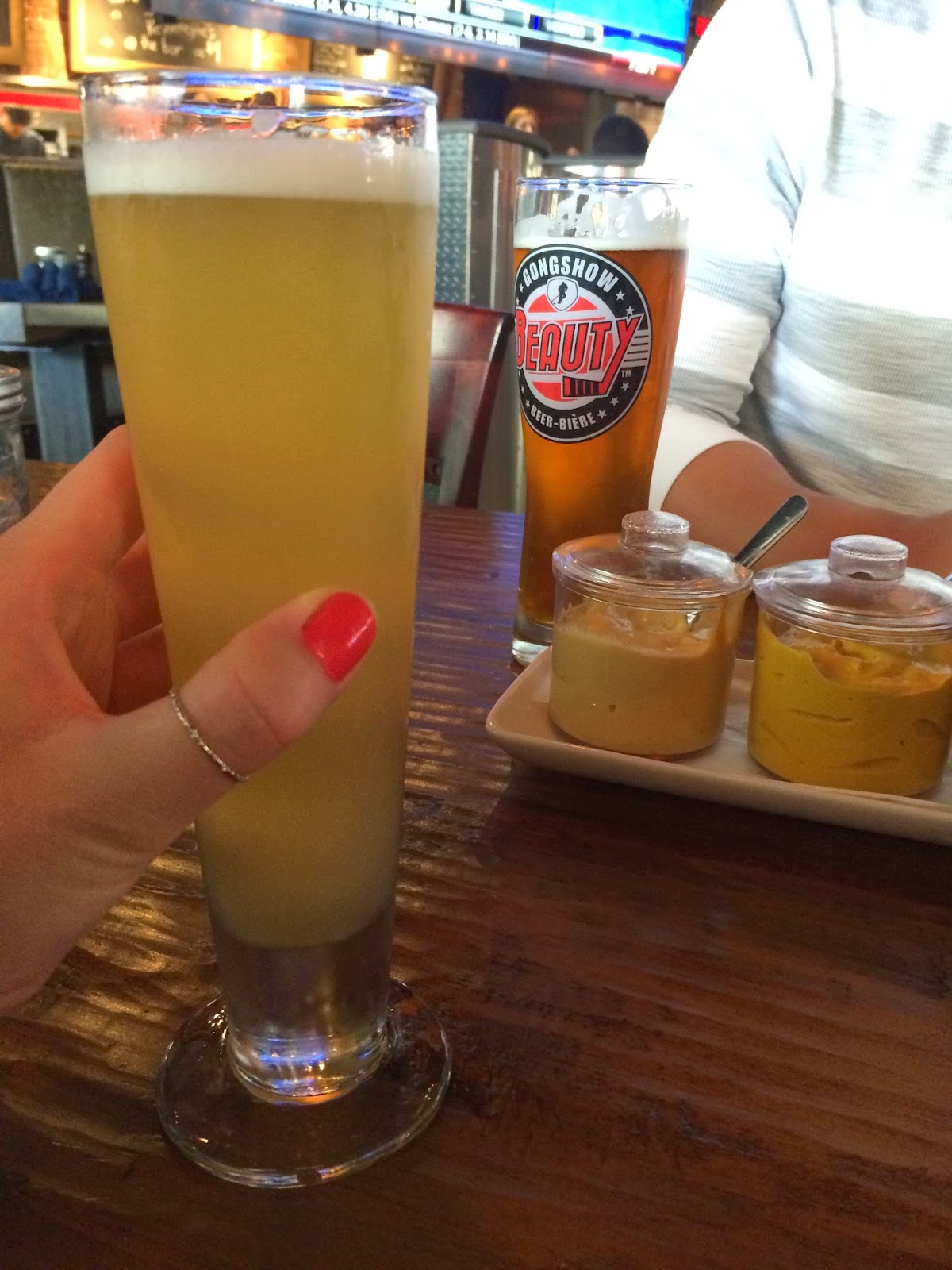 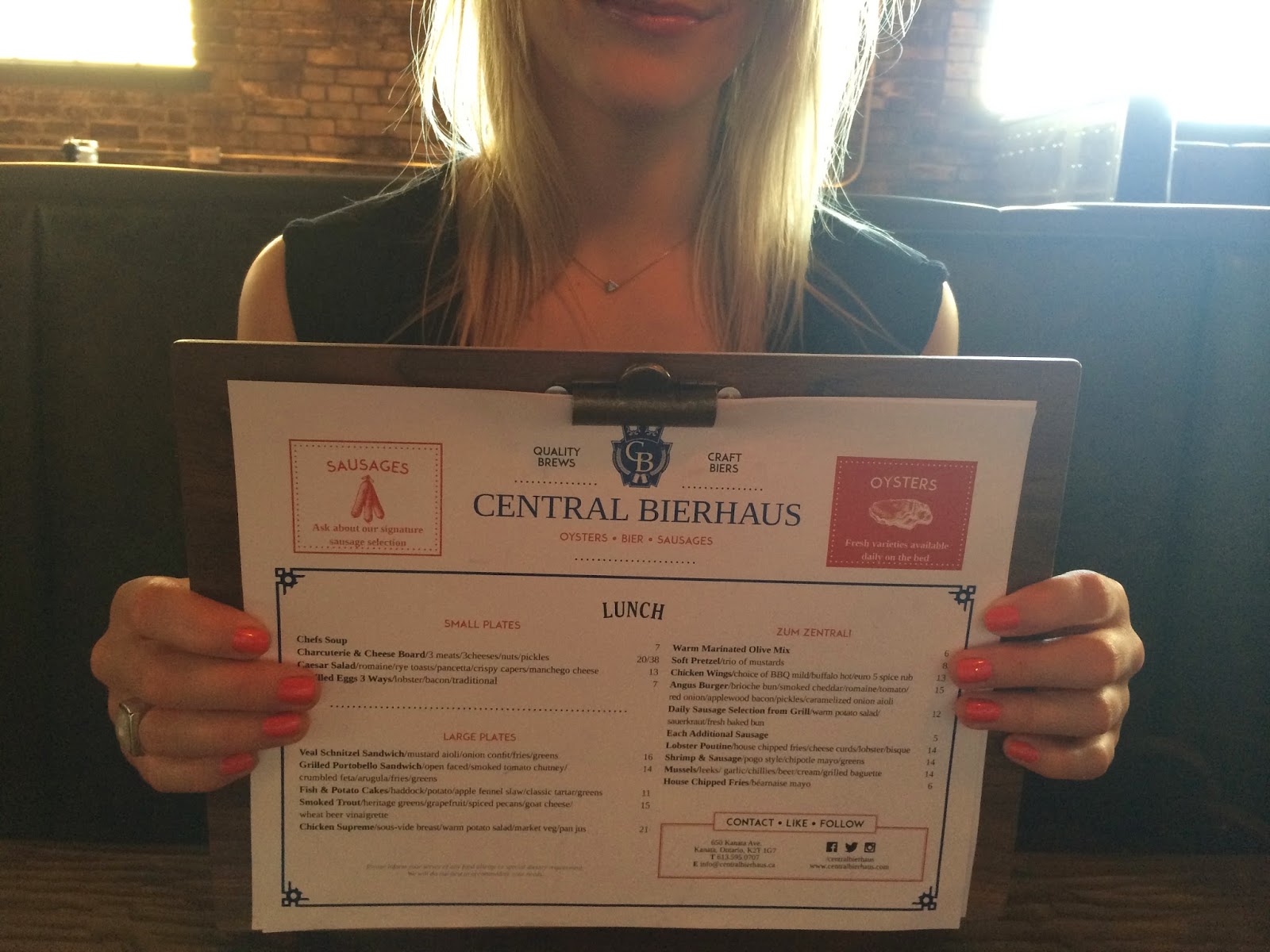 Next, it was onto the cool menu they serve on wooden clipboards. 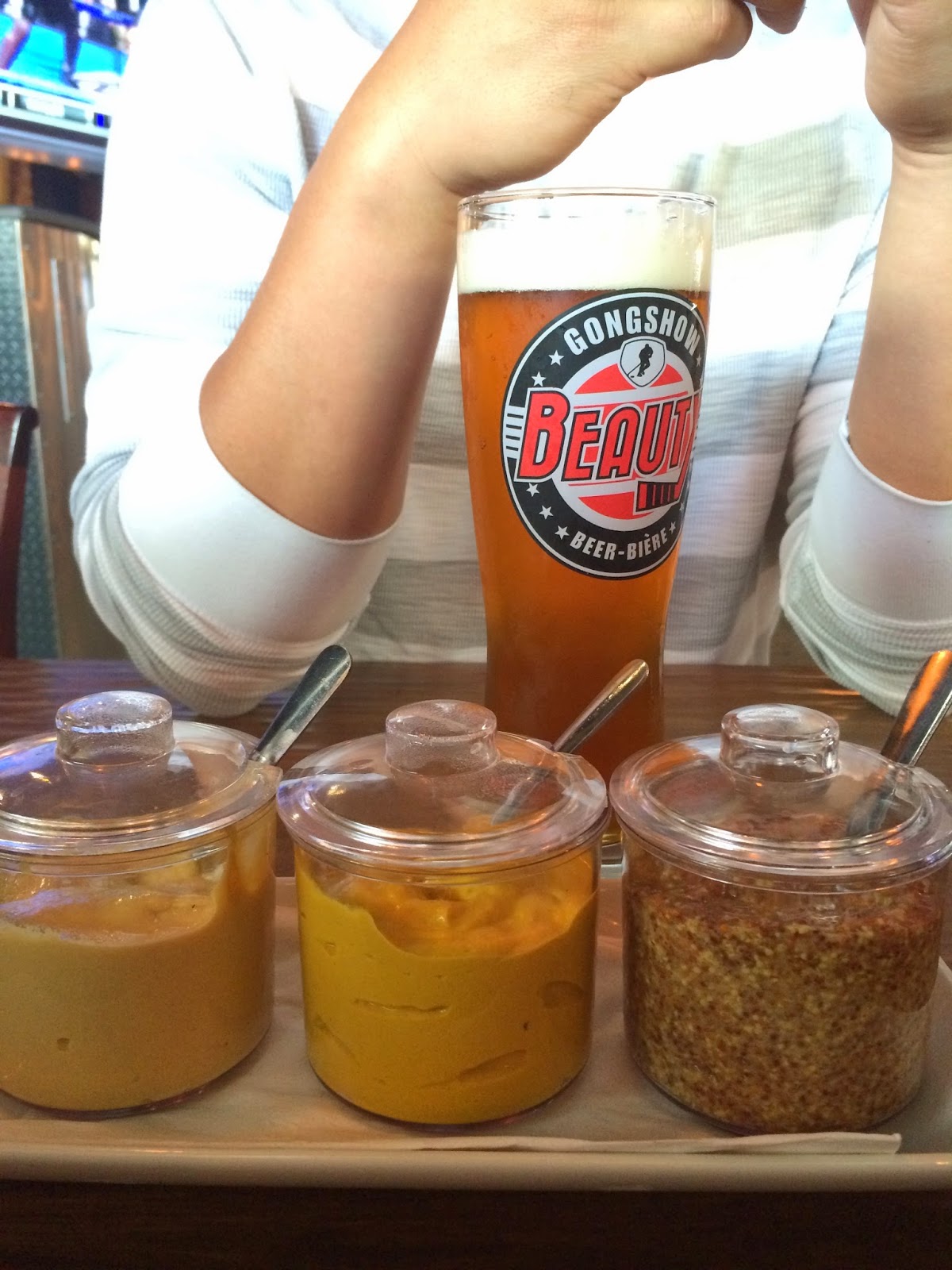 Before our meals came, our server brought out a selection of mustards in three little jars.

And then this happened… 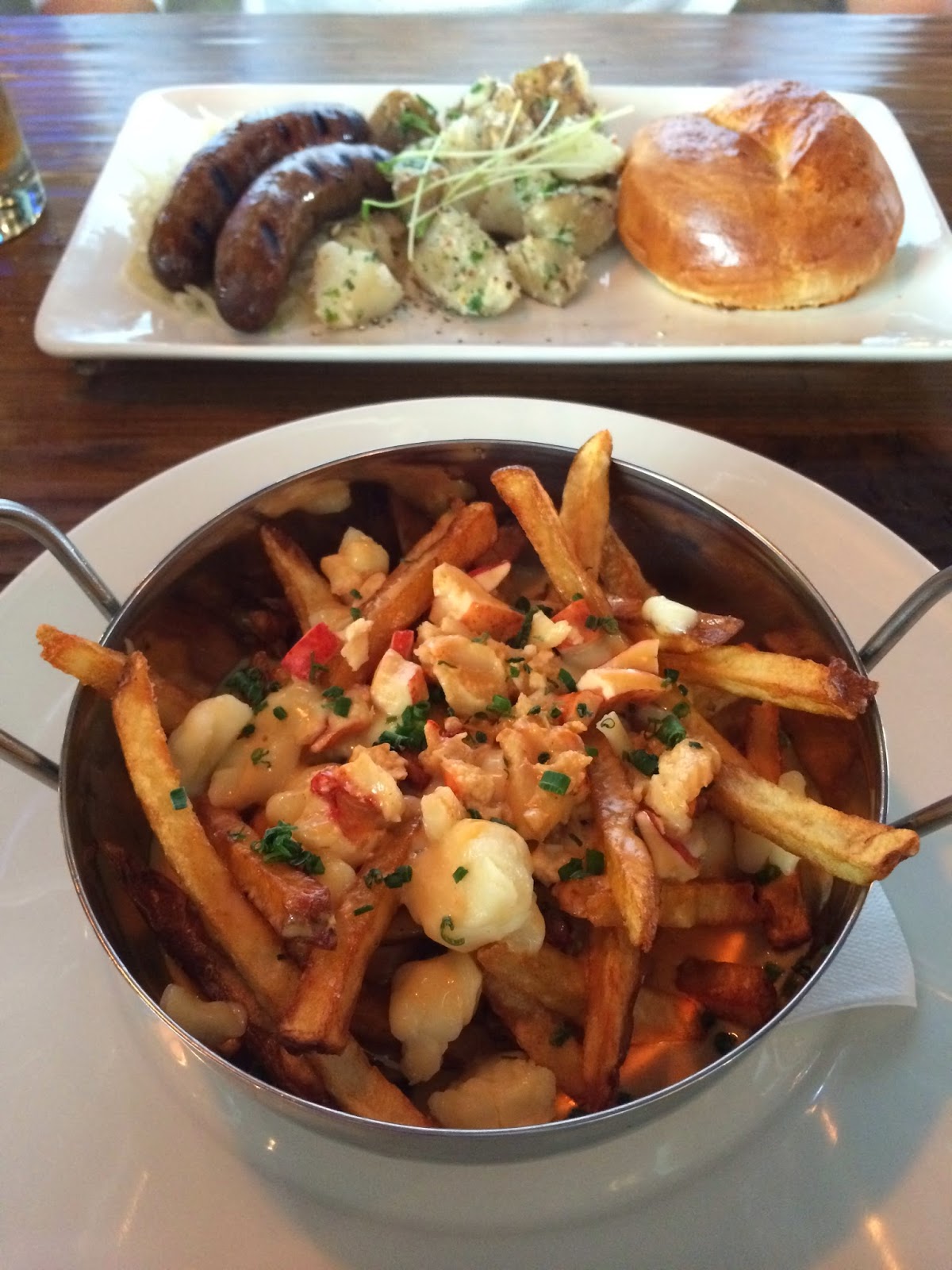 We ordered the bison sausage–which came as two separate sausages as they are the smallest of their sausages, so two makes up one–which comes with warm potato salad, in-house made sauerkraut and a bun.  Then we topped it off with the lobster poutine and tucked in. 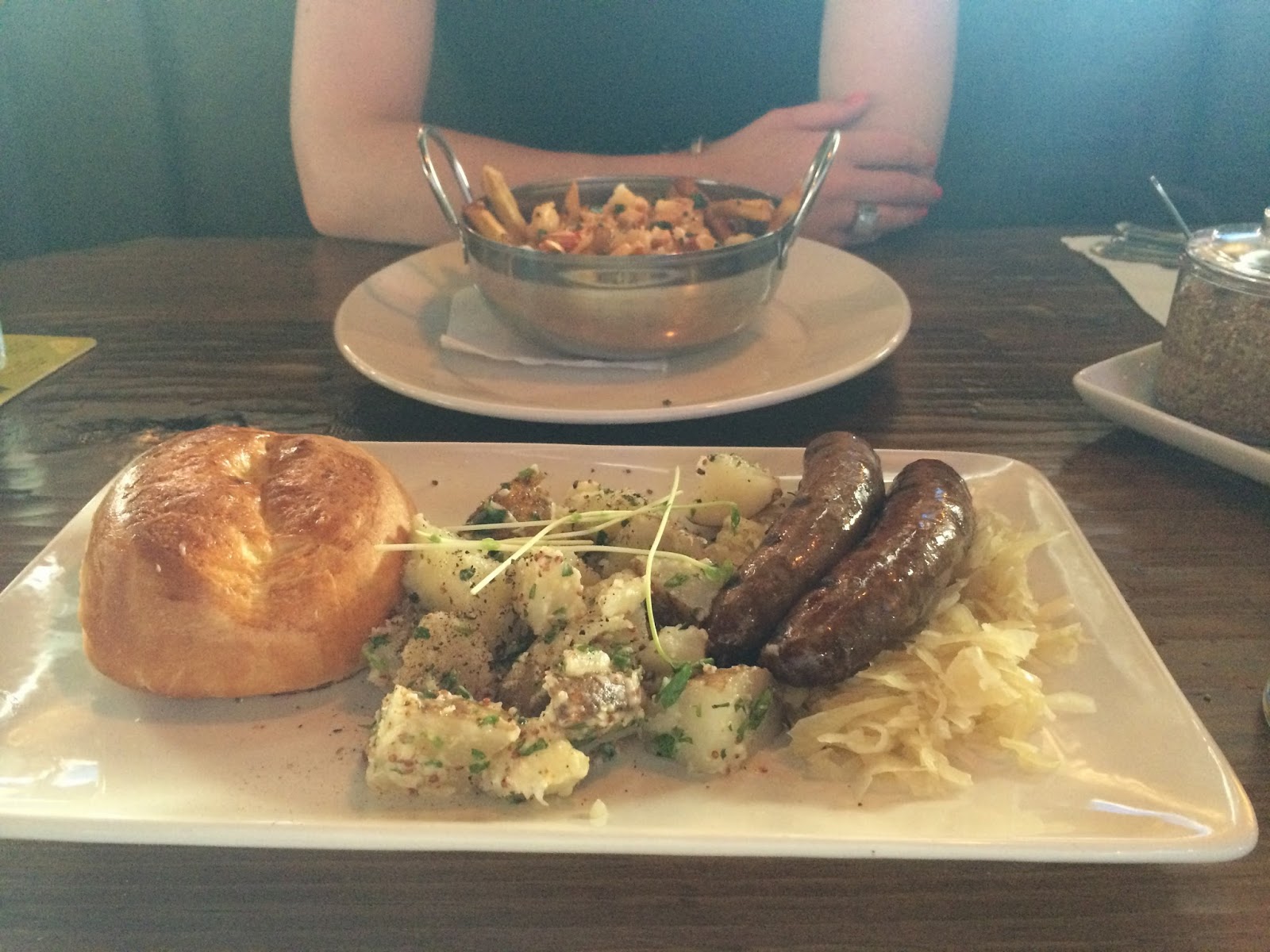 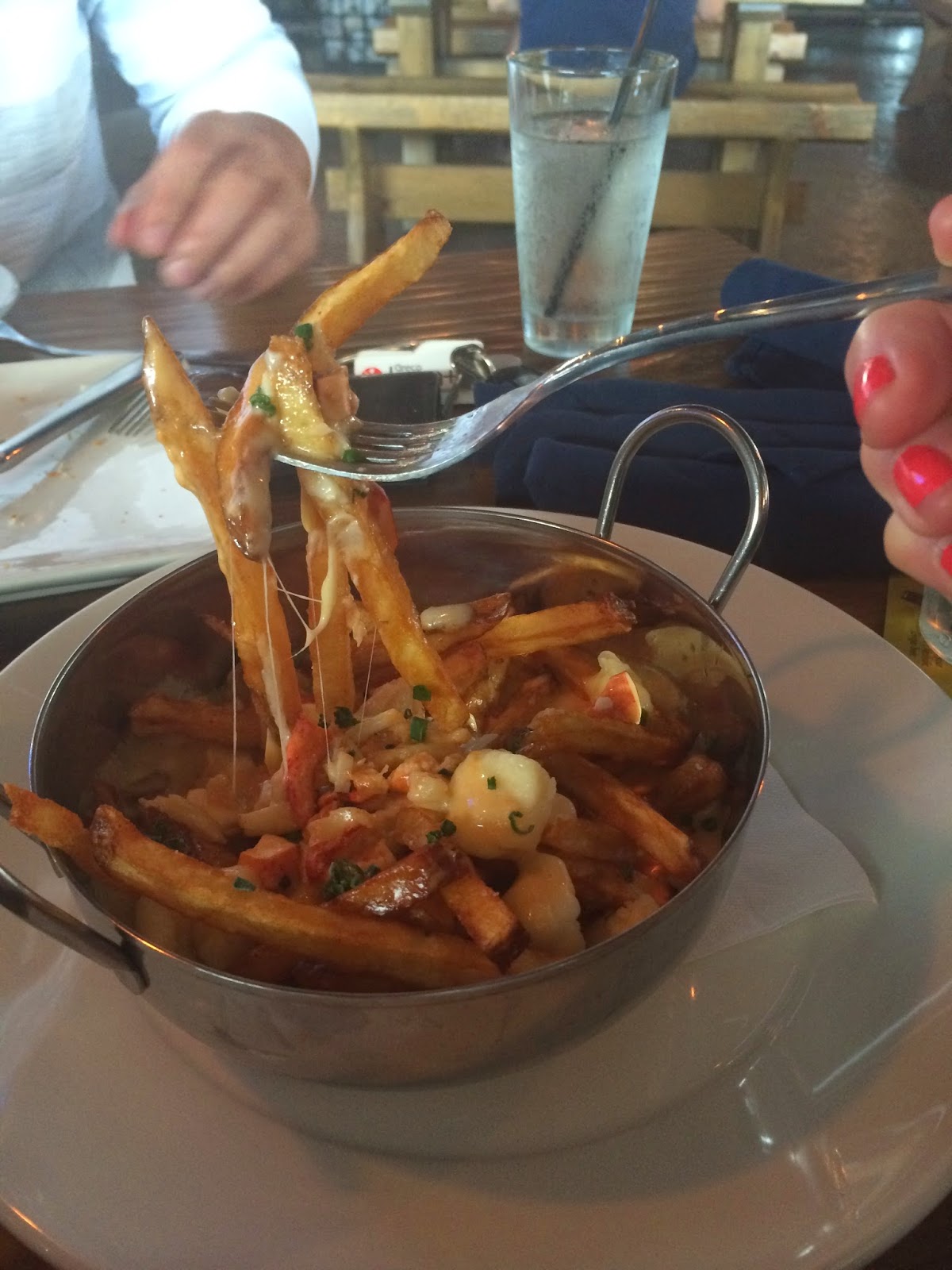 First off, the fries were awesome and I wouldn’t call myself a fry connoisseur, but I know a good fry when I eat one.  The lobster chunks were chewy and the sauce was kind of a cross between an alfredo and seafood sauce, so not your typical gravy, but very warm and flavourful. I wouldn’t normally order poutine but how often do you get the chance to try a lobster poutine?  Exactly. 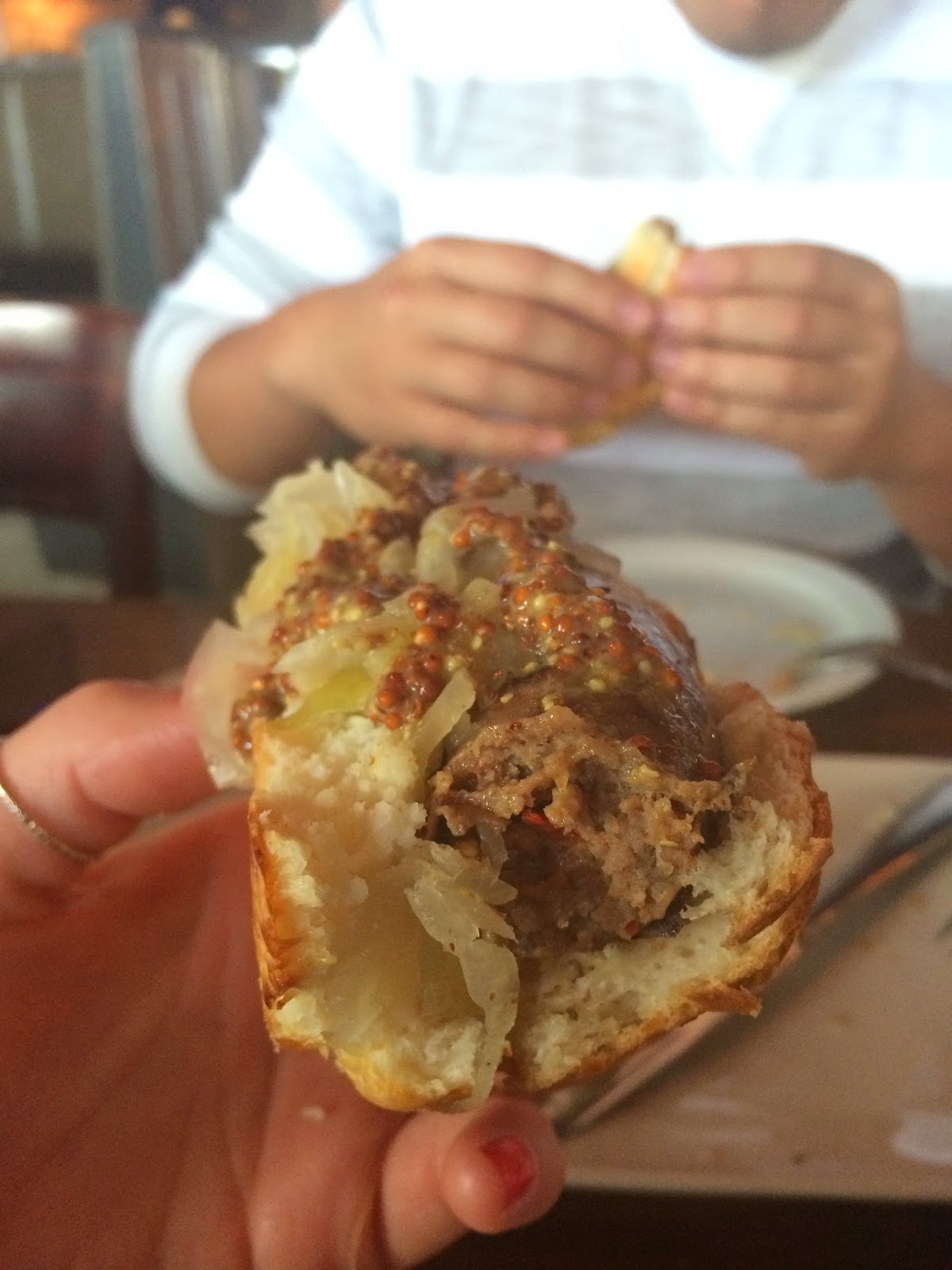 The bison sausage didn’t disappoint, it was a little grainy but Marco kept assuring me it was a lean meat with tons of protein–and I can get behind that (but then again, I can pretty much get behind all sausages).  The meat was flavourful and I really enjoyed it–would definitely order this again. 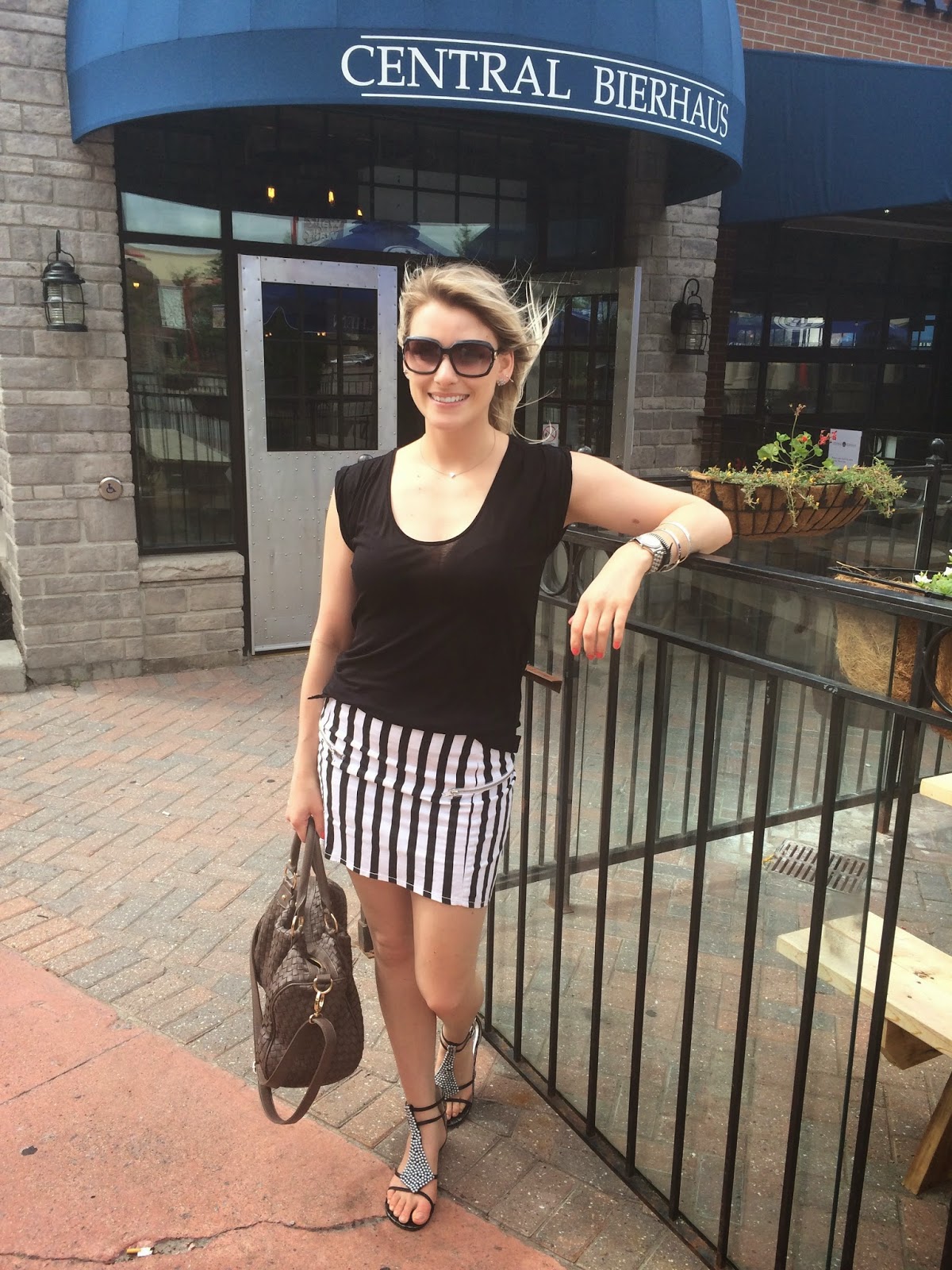 We left with full bellies and wind in our hair.  Marco has already been back and I would definitely suggest this vibrant and industrial pub.  A great spot to grab a drink with friends or for a casual date night. 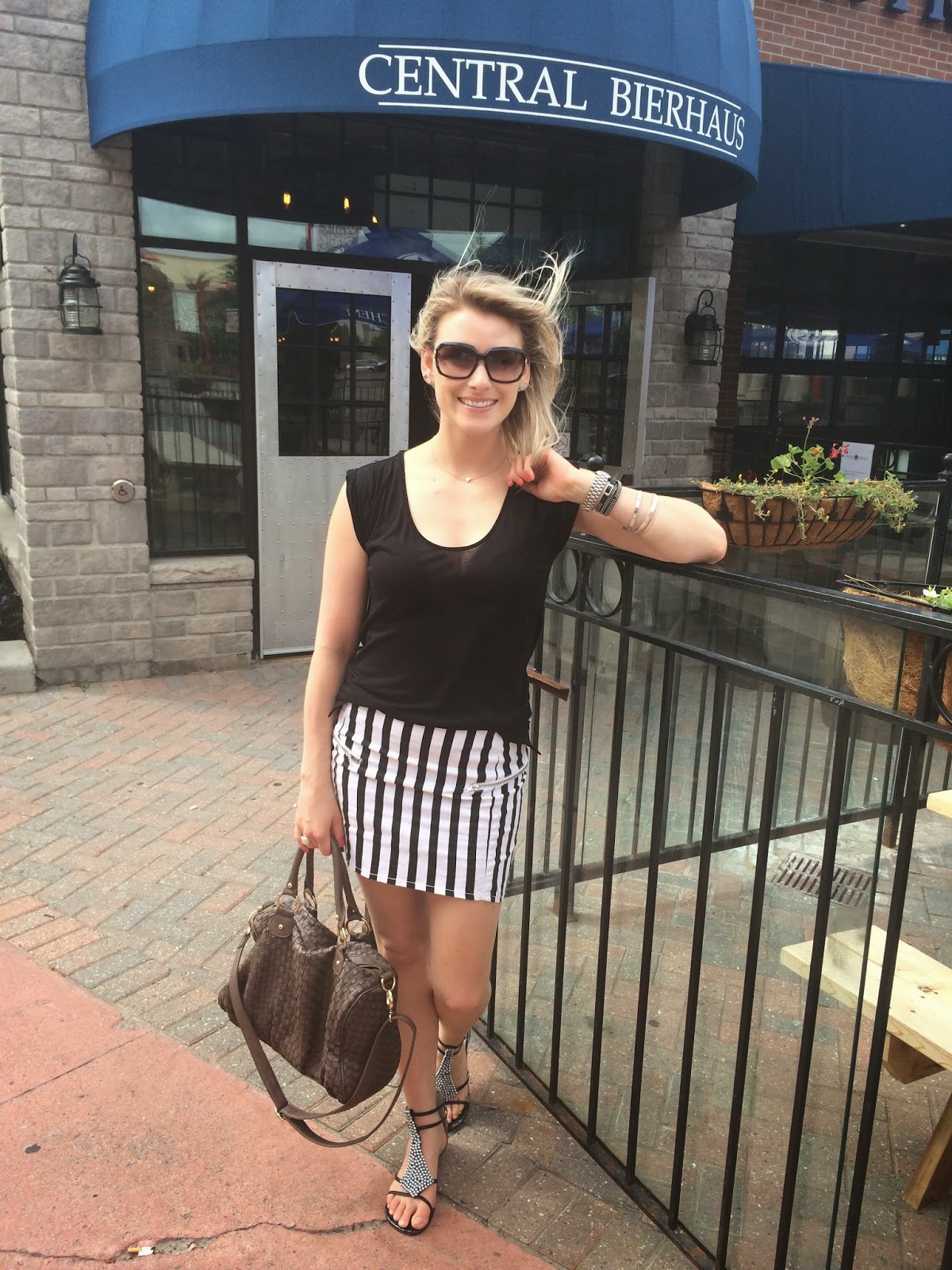