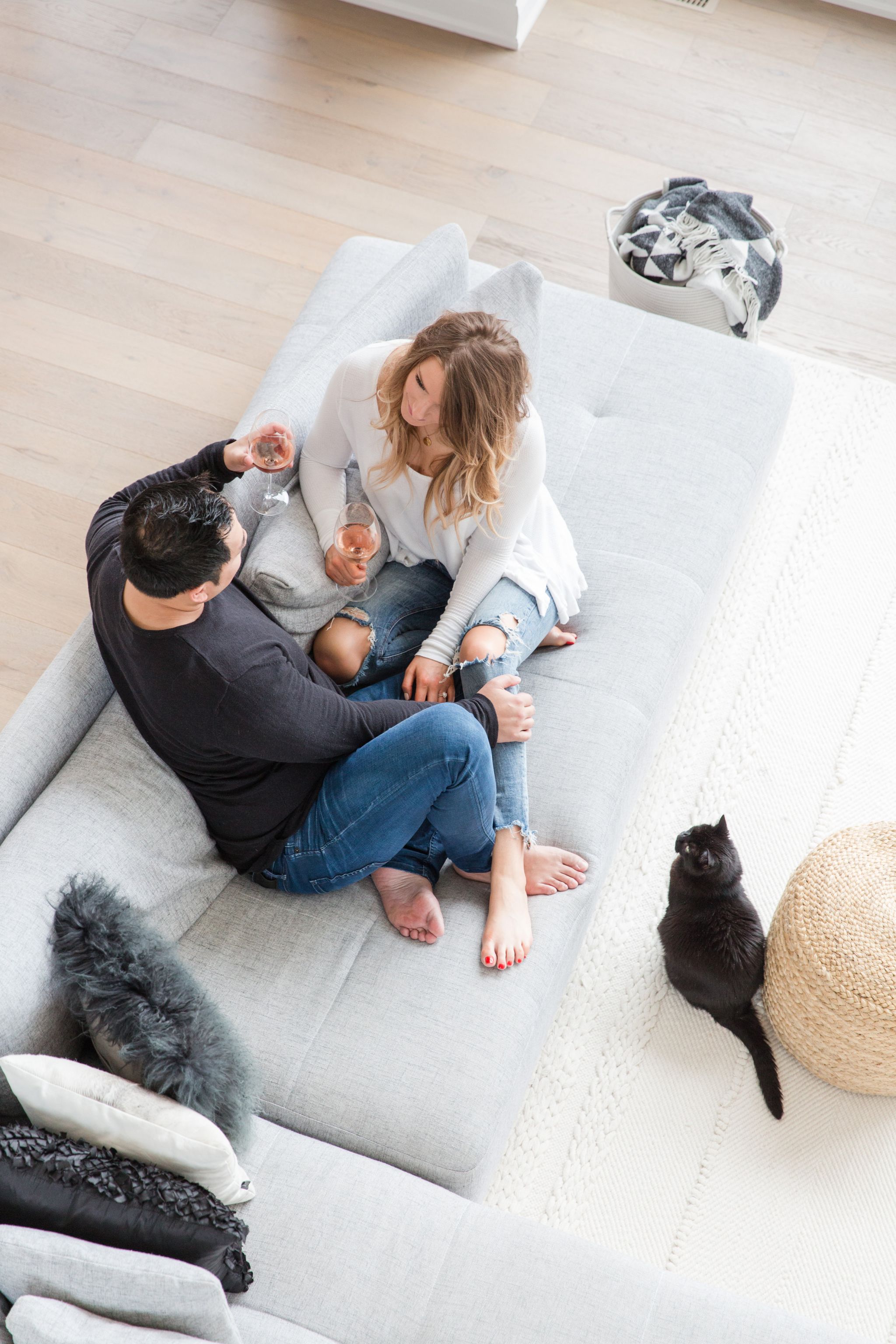 I’m finally sharing our engagement story today and could not be more excited to pair them up with the photos from the recent engagement shoot we did!

When we get married this October, Marco and I will have been engaged for two years and together for six.  I had always planned to write this post, but first felt like we should let everyone know in our offline life that we got engaged–we got engaged in Italy, and I truly didn’t want people finding out via social media, so we phoned the closest to us and waited to tell everyone else when we go back.  Additionally, I really wanted some great photos to accompany the story.

Since it was October when we got engaged, once we told everyone, the holiday season quickly approached thereafter, and convincing Marco to take photos on top of that wasn’t exactly an easy feat 😉  We put it off and dove head first into finding a house and eventually moving.

Fast forward another year, with wedding planning now full speed ahead, I explained to my future hubs we needed these photos for our wedding website and finally (after two failed attempts on our end) nailed down a time with our Photographer.  And I’m so excited to share with you! 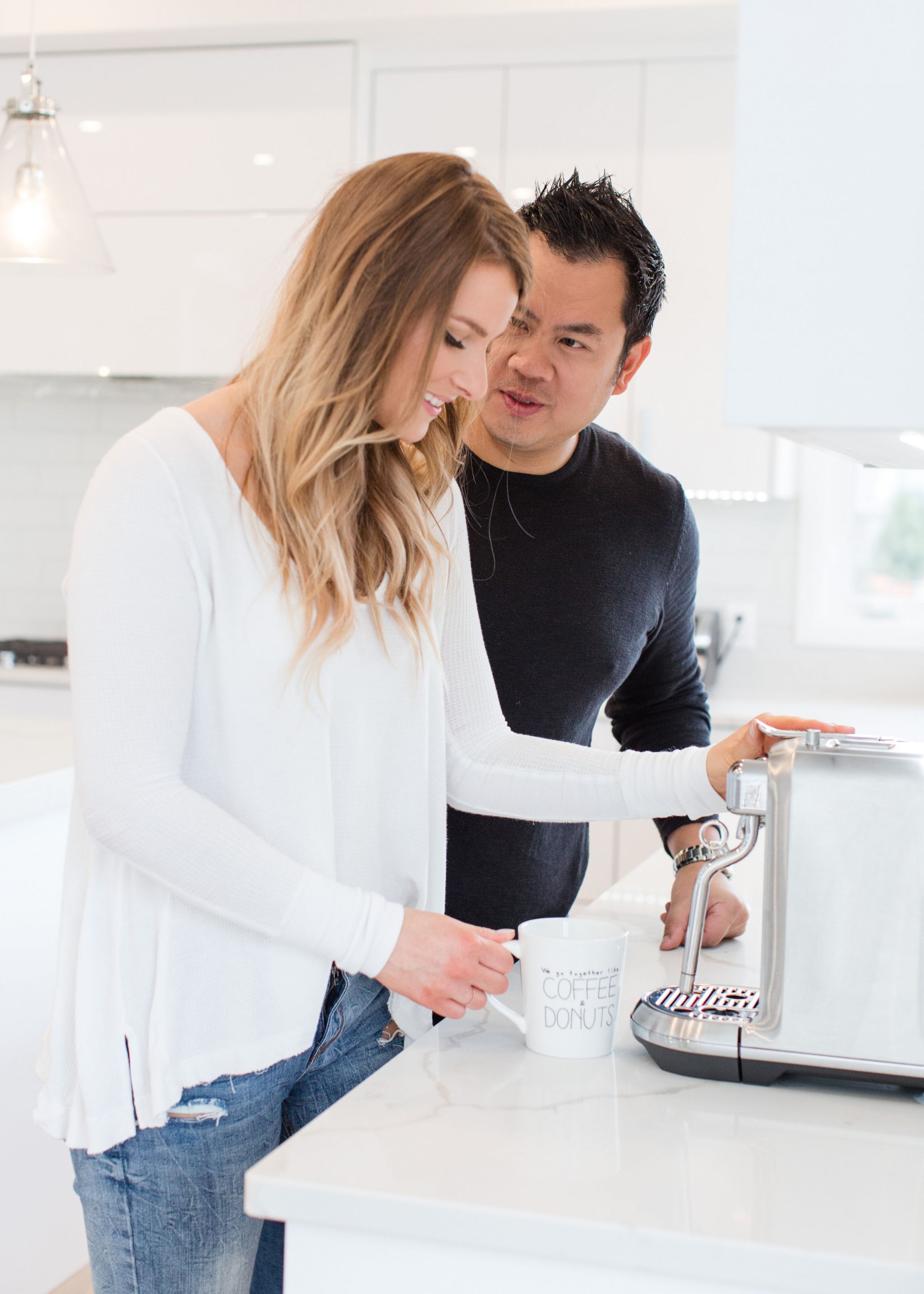 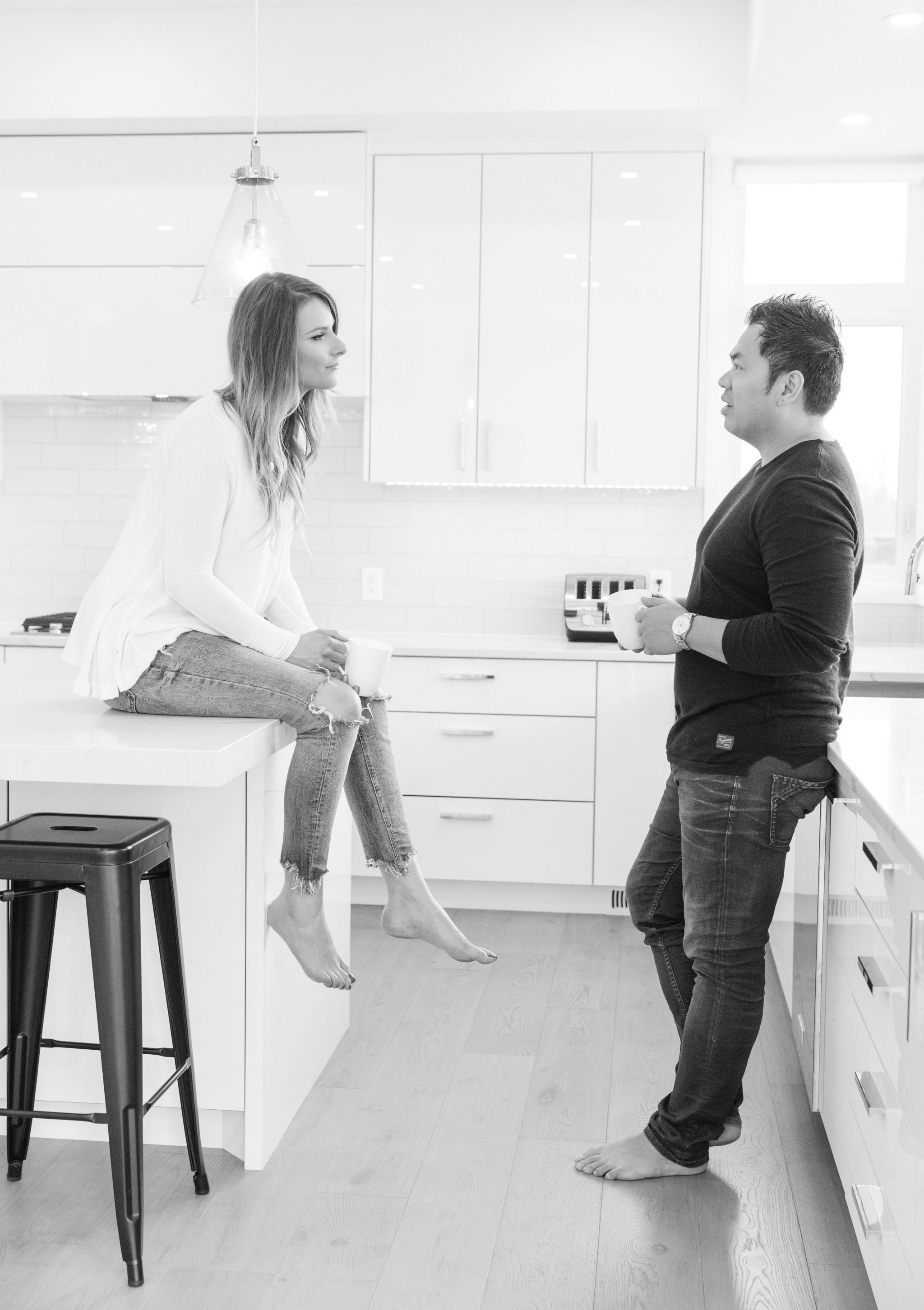 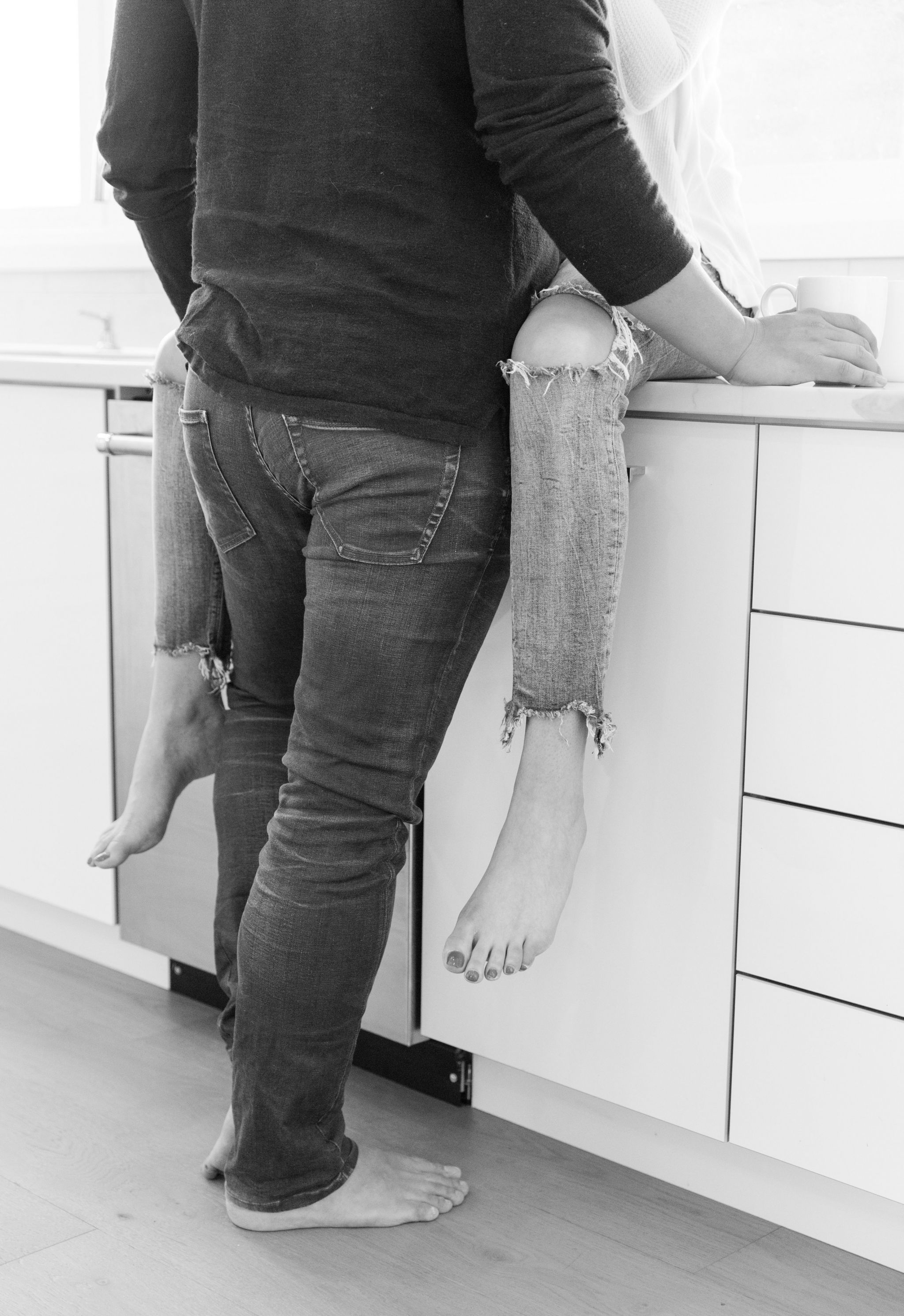 Back to the proposal part of the story…

Marco and I planned our second European trip to Italy for the fall of 2016.  We planned to fly into Florence–our favourite city–and then make our way north before eventually flying home from Milan.  The plan was to spend two days in Florence, see Pisa and make our way to Cinque Terre.  Unfortunately, being the non-planners that we are, and essentially planning our trip as we went, we hadn’t taken into account that Cinque Terre was not really the kind of place you could book at the last minute.

So there we were, sitting in our hotel restaurant in Pisa the night before, trying to book accommodations for the next day in Cinque Terre and having zero luck.  Everything that was available was either not an ideal location or completely over priced.  We retreated upstairs to our room feeling defeated and unsure of what to do.  Then Marco came up with the brilliant idea to head back to Florence for one more night.  A short 45 minute train ride in the morning and we could spend another day walking the streets, checking out the shops and exploring our favourite city one last day before heading to Venice. 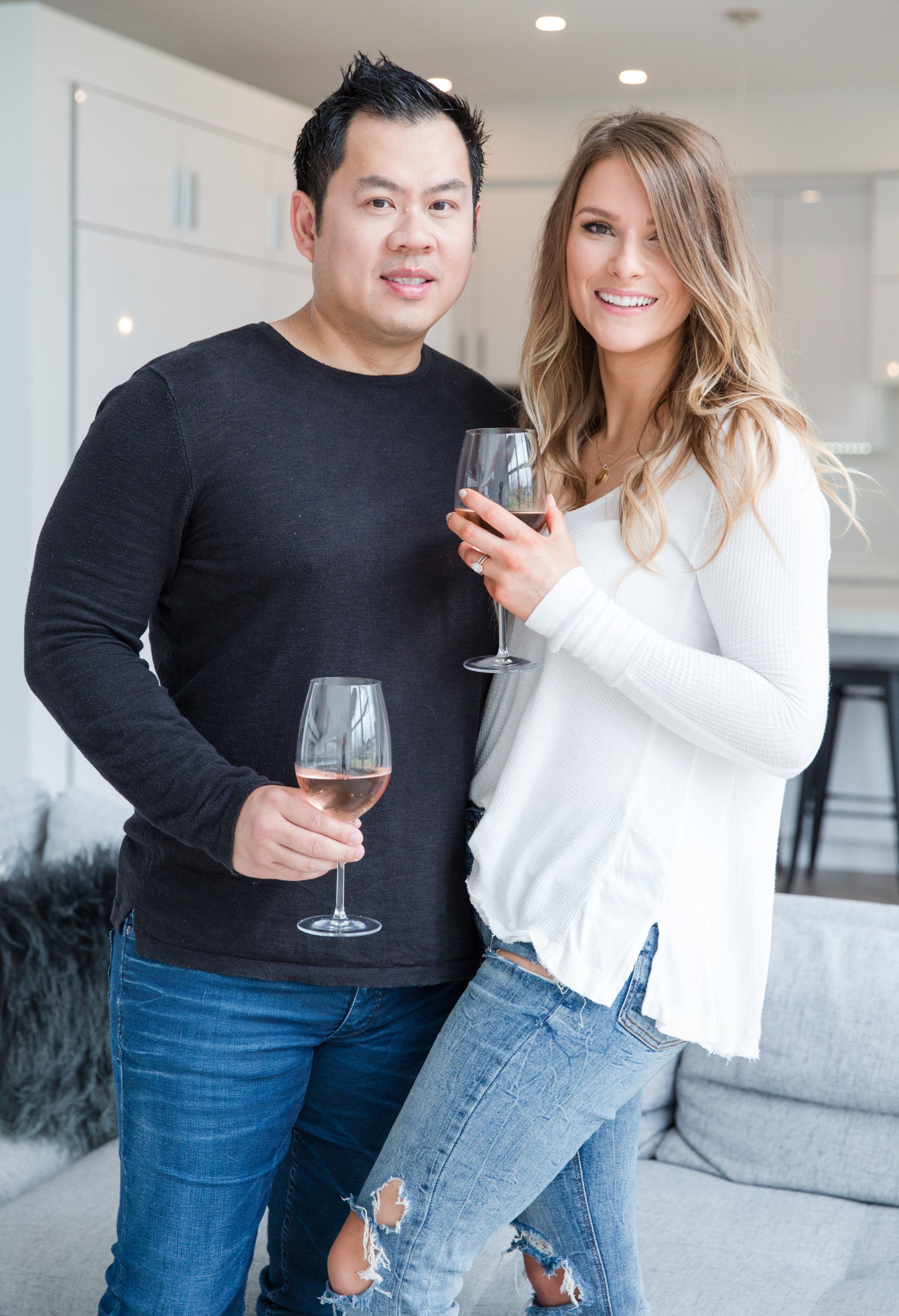 The next morning, we took a cab to the train station in Pisa and headed towards Florence.  Only, I put us on the wrong direction train and we ended up two hours away from Florence.  Not the best start to the day!  I remember buying Marco a slice of pizza at the train station as a peace offering, but he wasn’t having it.   Totally laughable now, but travelling can be stressful and in the moment sometimes things seem more frustrating than a fun adventure 😉

After a long 50 minute wait, a train came for Florence and off we went.  By the time we arrived, our spirits were brighter and we cabbed to our AirBnB before heading out to wander the streets.

We spent the day popping in and out of shops, getting gelato and people watching.  However, one of my favourite memories of that trip altogether, is the paninis and wine we grabbed on the street that afternoon.  We had seen a huge line up on our second night, while walking to dinner.  In the daytime, the line was just as long with people crowding into a small deli to order their lunchtime sandwiches.  The curbs were lined with people (and pigeons!) enjoying the creations, wine in hand–which was a self-serve mini station at the entry way to the restaurant where you waited for your lunch.

We sat, ate, and took in the Italian sun.

From there, we wandered around and checked out some more boutiques. 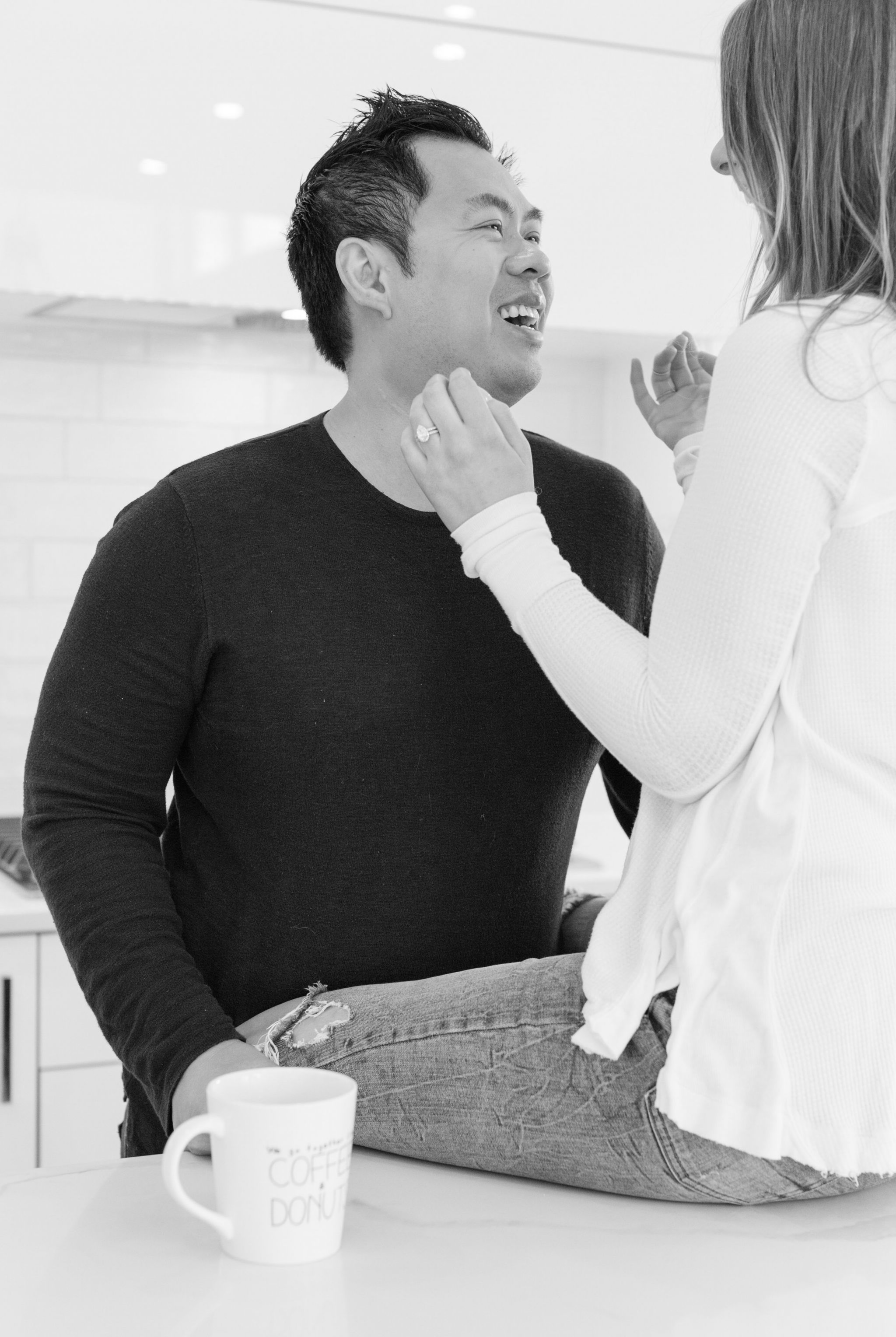 The sun was starting to set and all of a sudden Marco frantically said we should go back to the AirBnB to get the good camera so we could go up to the Piazzale Michelangelo and get some photos.  Which basically meant a 15 minute walk in the opposite direction back to the AirBnB to grab the camera, and then a 35 minute walk uphill to the Piazza… which we had already seen a few days earlier.

To say this idea wasn’t my favourite, is a slight understatement… but then I totally got suspicious and knew this would be it!  I will pre-face this with the fact that Marco had told me before we went on this trip not to expect a proposal, and that while he was in contact with a Jeweler, and we had talked about design, shape, metals, etc. between the two of us, there was no way it would be ready in time for Italy.

We rushed back, I quickly threw on a long sleeve top and grabbed my jacket, and hustled to make it to the lookout.  Once we arrived, the sun was basically set and it was just about dark, haha, but Marco played it up as if he was really there for the photos, capturing the last that he could of the sunset. 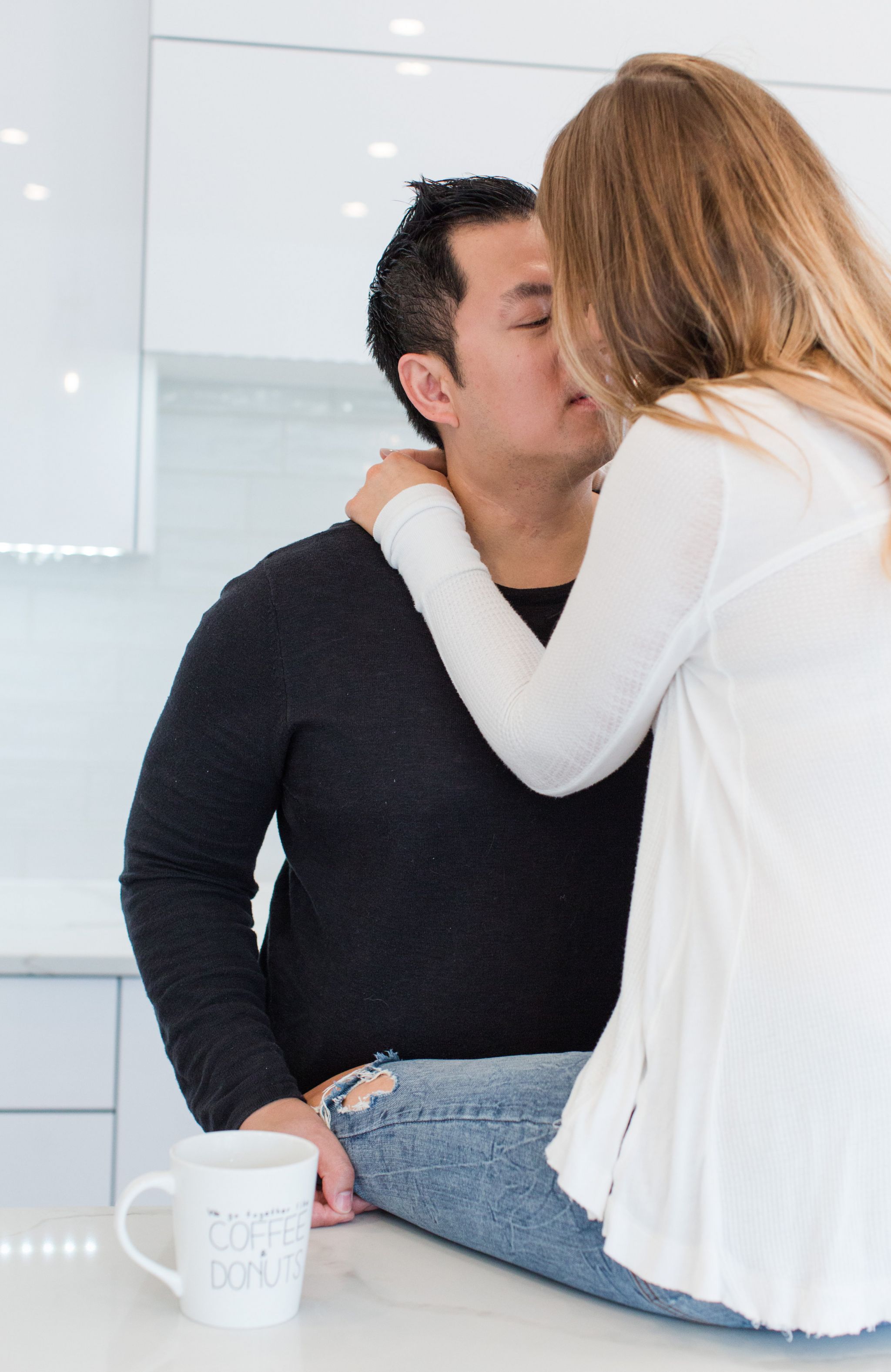 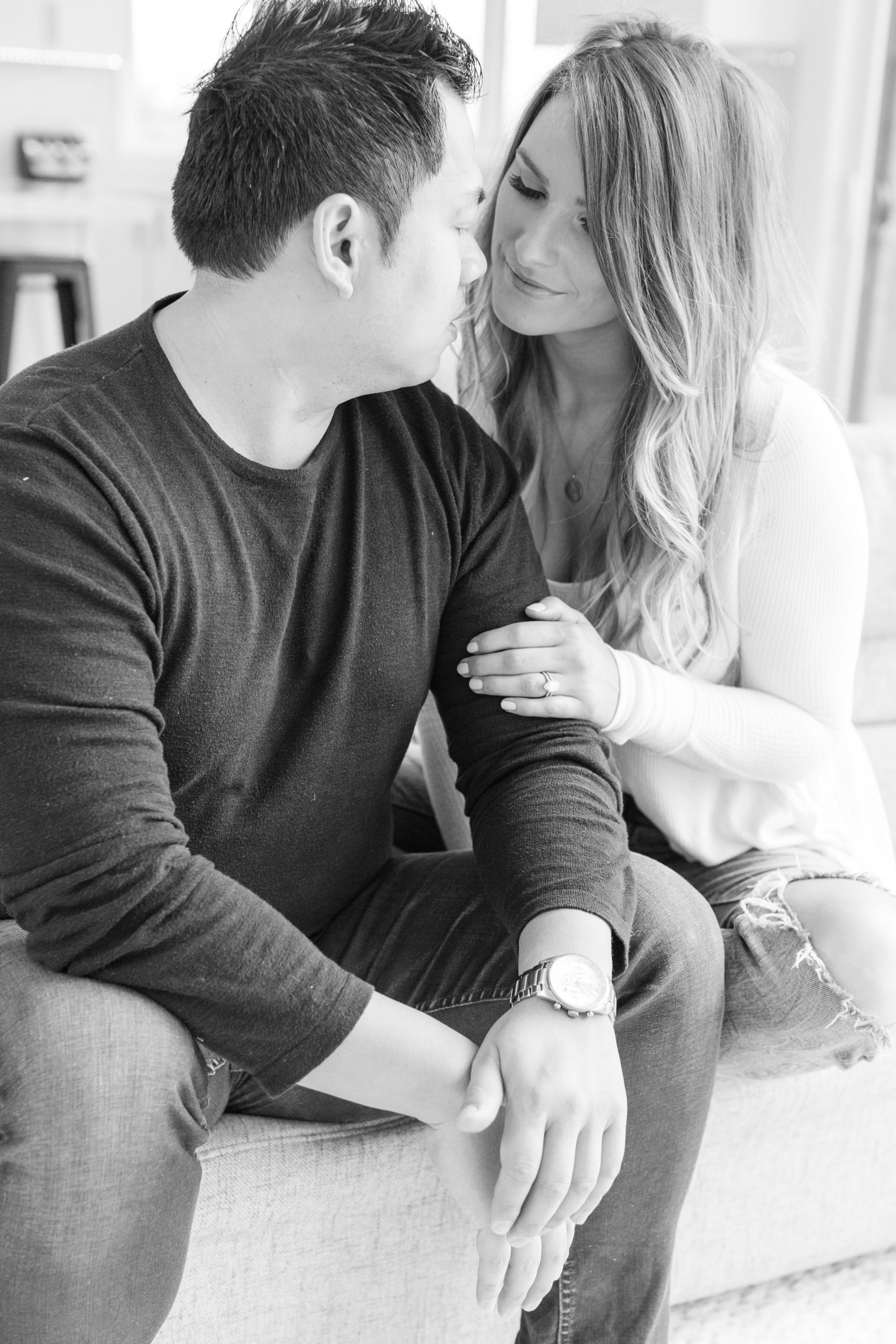 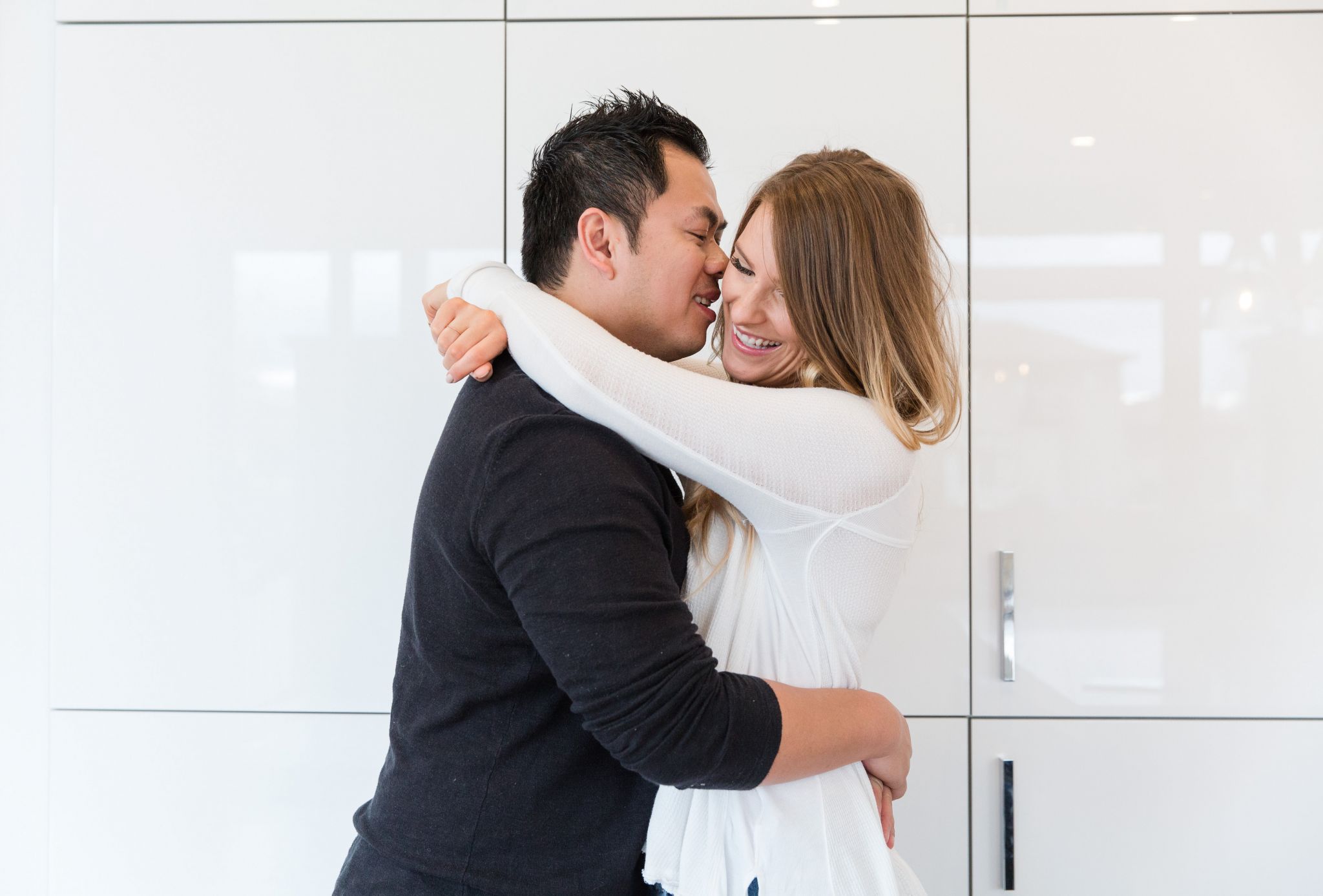 Then he took me over to a secluded part of the lookout, and started to propose.

You guys, all I remember is him saying, ‘I’m not really sure how to do this…’, then a group of German tourists, completely oblivious to the fact that he was trying to propose, walked over and stood immediately beside us and started speaking loudly to each other!  OMG!  It was such a comical moment while he was trying to be romantic.

We moved away to a bench nearby to be alone, and he got down on one knee.  I have no idea what he said, I just sort of blacked out!  I just remember sitting there staring at the ring in disbelief, despite having a feeling he was going to propose on the trip!  Then I remember him finally saying, ‘Say something,’ with a smile, and of course I said, ‘Yes!’

We sat there for a solid 30 minutes talking and staring at the ring and loving on one another–in the most publicly acceptable way because there were plenty of people around, despite it being after dark. 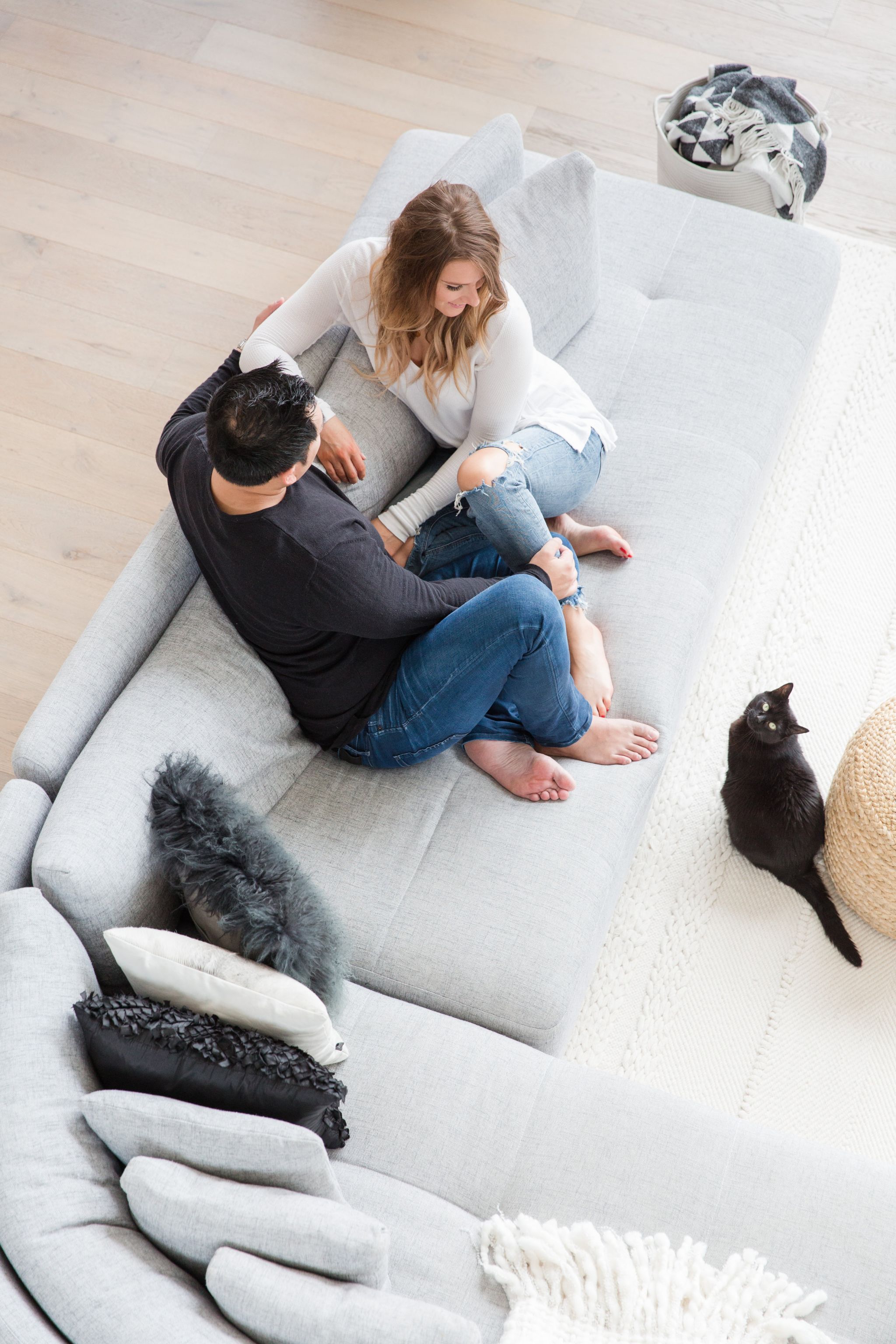 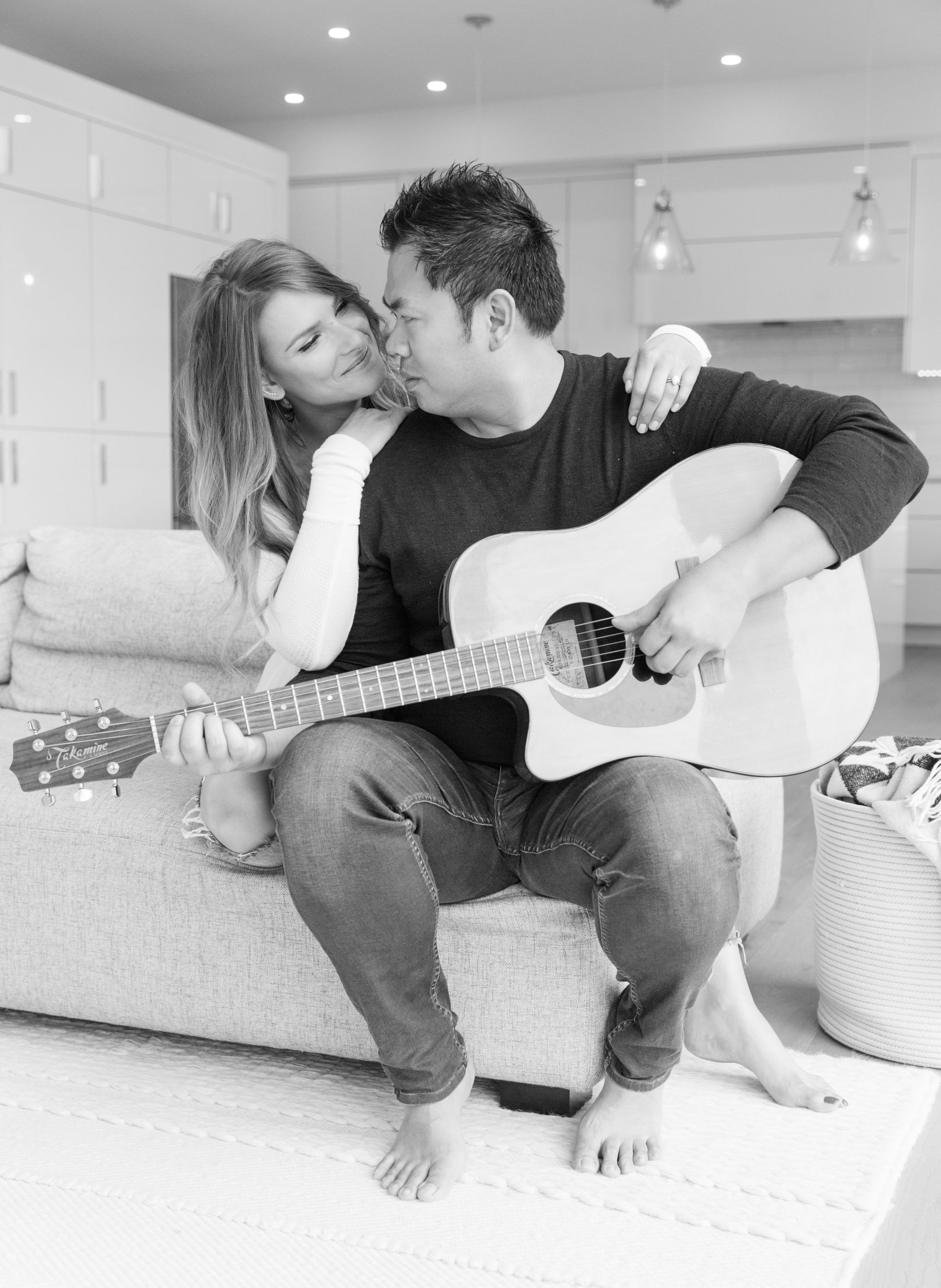 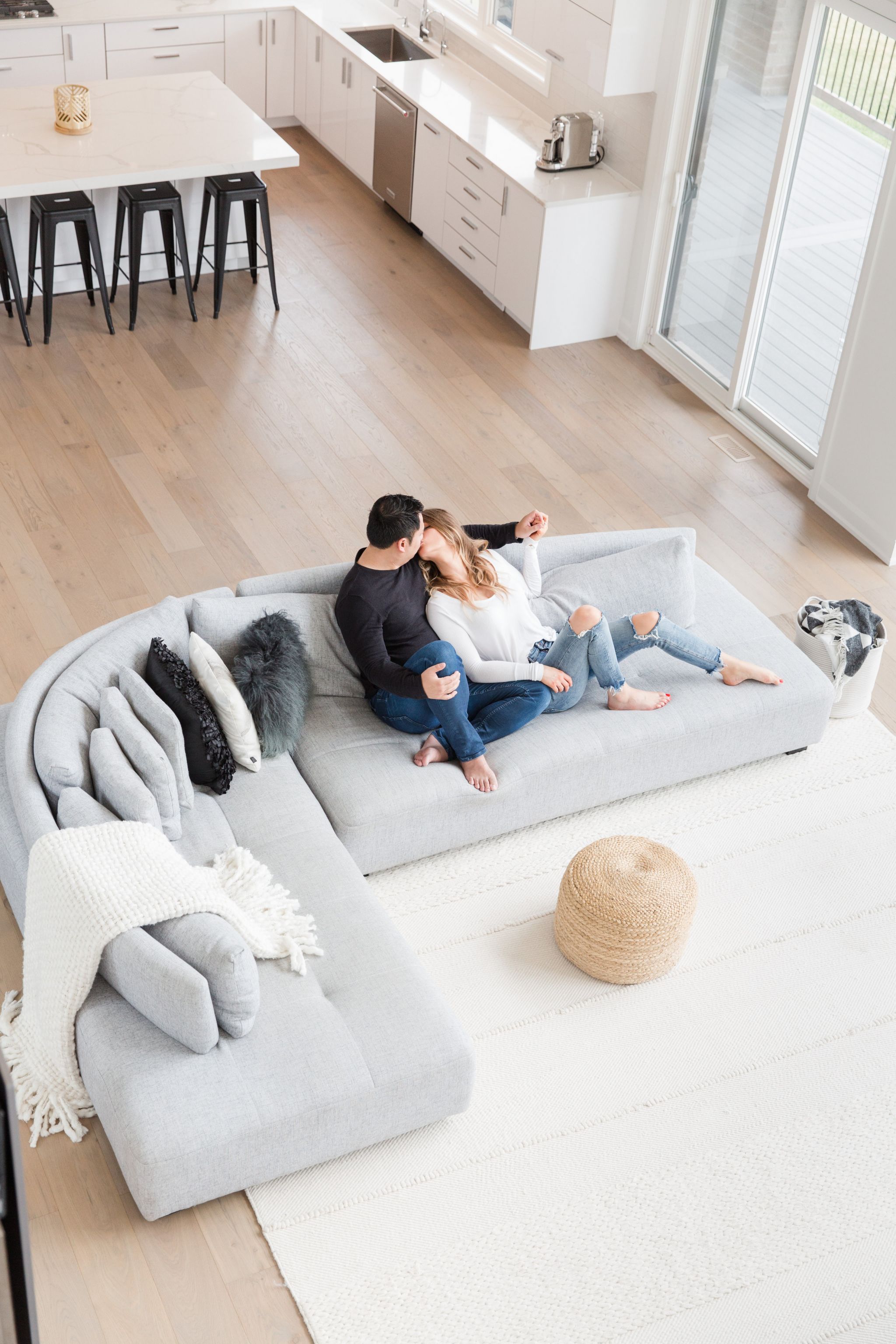 Afterwards, we headed back down to the city and excitedly walked around, and found an amazing place to eat.  It ended up being the best restaurant experience and meal of our trip, and definitely in my top 3 ever–the service was incredible, the food was phenomenal and we were obviously on a high and just radiating excitement.  Our server, who turned out to be the owner, eventually asked us if we were celebrating something and I told him we had just gotten engaged.  He brought over champagne and dessert for us, and it just capped the night off.

You can see photos from the day in this blog post, but I don’t mention we had just gotten engaged, because like I mentioned above, we wanted to share our special news with family and friends back home on the phone or in person.  The next day, I Face-timed my best friend, sister and finally got my parents and other bestie on the line the following day.  Such an exciting time–just writing it out has me reliving the experience and it’s a wonderful trip down memory lane.

Marco, I can’t wait to spend the rest of my mornings waking up to you and the rest of my evenings taking far to long to get ready for bed so we can only watch half a movie before I pass out.  I love you!!