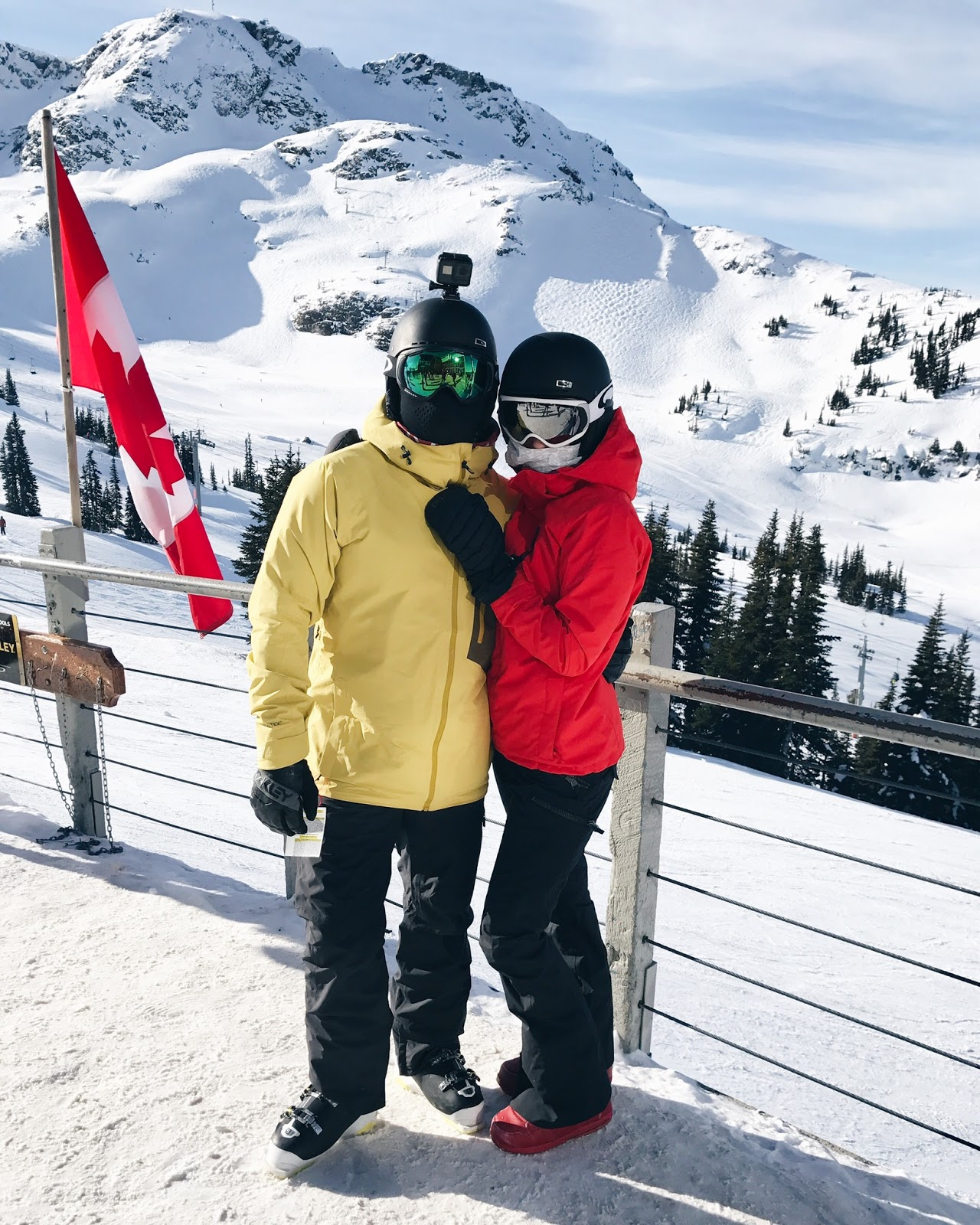 Helloooo 2018!  With the start of a new year comes the reflection (or just reminiscing) of the previous so like every year past, I wanted to share a recap of what went down in 2017.

The year started off with our weekends spent up at the ski hills in preparation for our trip to Whistler, BC, Canada.  It was our first time in the mountains and one of the best things we’d ever seen in our lives.  The mountains truly aren’t done justice by photos, and although riding them was a little intimidating for myself, the overall experience and trip was wonderful. 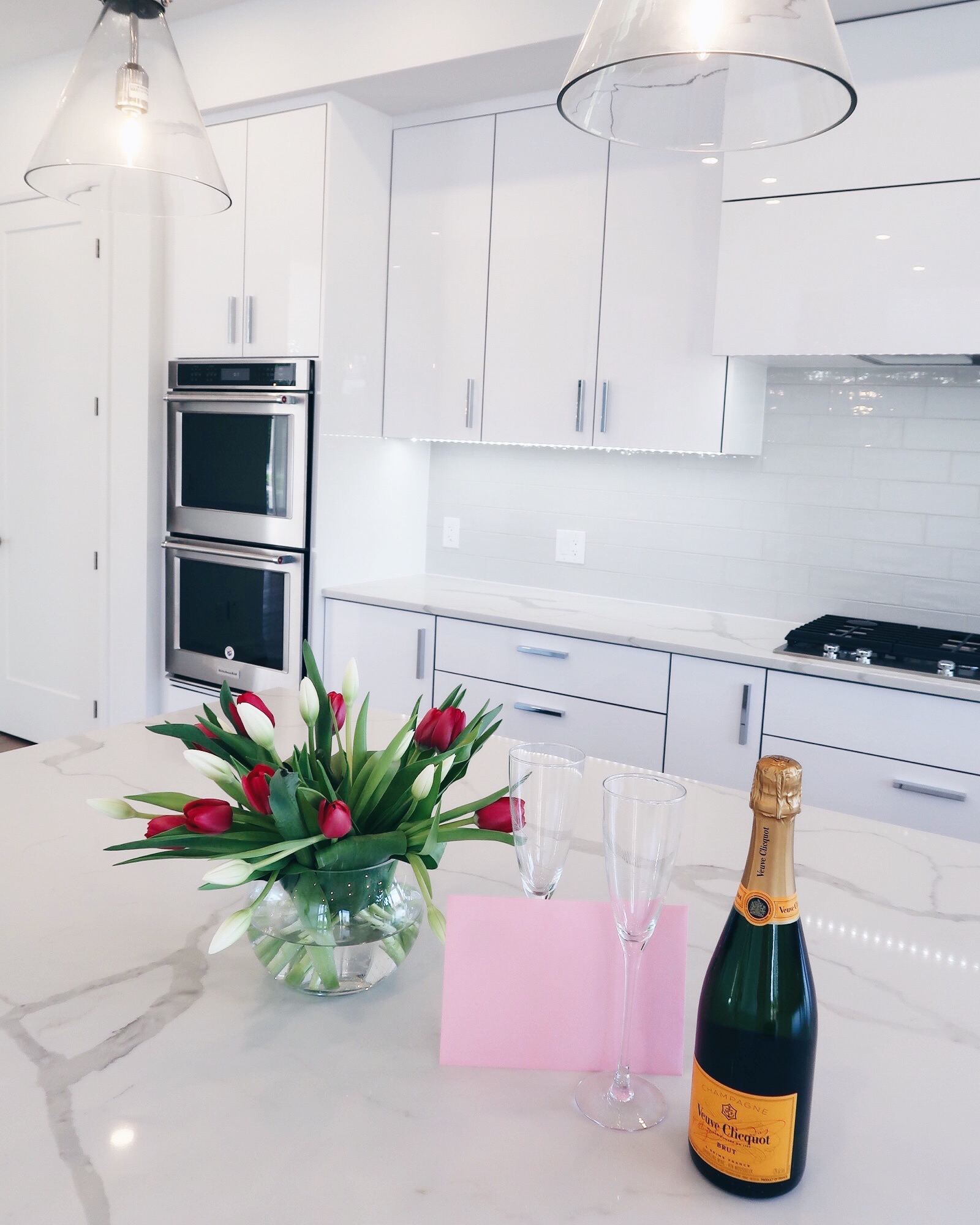 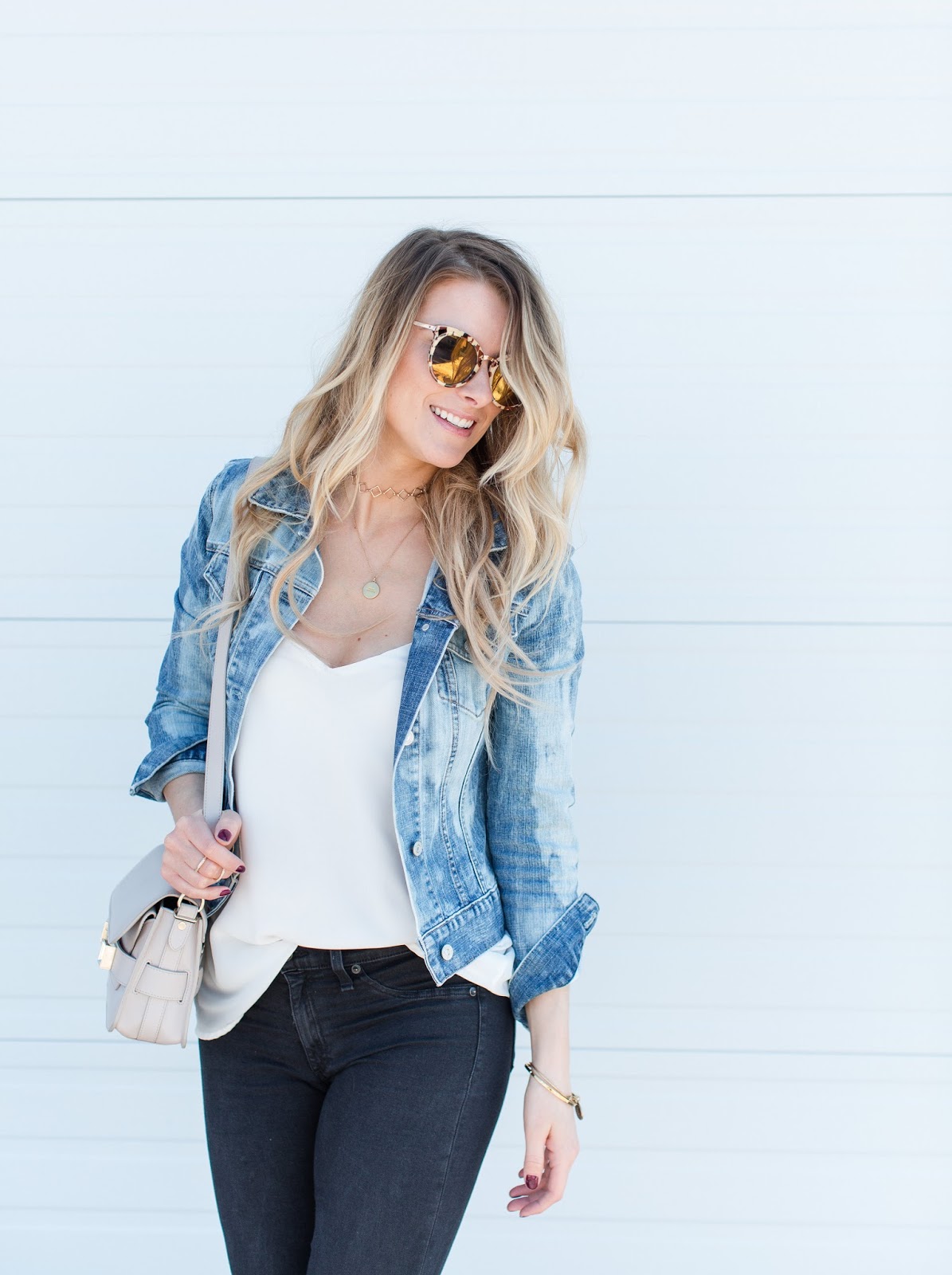 In February, after over a year of searching for a home, we stumbled upon a new house being built in an area we liked.  We immediately set up a viewing and knew it was the one.  Then came the massive hoops to jump through in order to make it ours.  Little did we know what we were in for.  It was the most stressful two months of our lives, and between having our Mortgage Broker fall through mid-deal and trying to save every last penny for our down payment, it was a teeter-totter of holding our breath not knowing if we could pull it off, but we did!  We signed all the paperwork and became home owners in May!

Travel also took us to the amazing Leblanc Resort in Cancun with Marco’s work and then to Breathless Resort in Cancun in April with Marco and my two best girlfriends.  The first trip was during the craziness of negotiating on the house, and while it was an amazing getaway, we were so anxious too.  The second trip was two days after we signed the final papers for the house so it truly was a relief; we could go, relax, breathe easy and know that when we came back, we had six weeks to pack up our condo before moving into our new home.

During the summer, we focused on our new place; we bought some furniture, planted a garden and some trees, the laneway was paved and our grass was laid.  We hosted a housewarming party with our friends, which was so memorable and fun and once the deck was built on the back of the house, we got a BBQ and had our friends over for Canada Day celebrations.  We discovered our kitchen island makes for a great ping-pong table, and finally, had one last summer send-off with our now second-annual crab boil (first year pictures here). 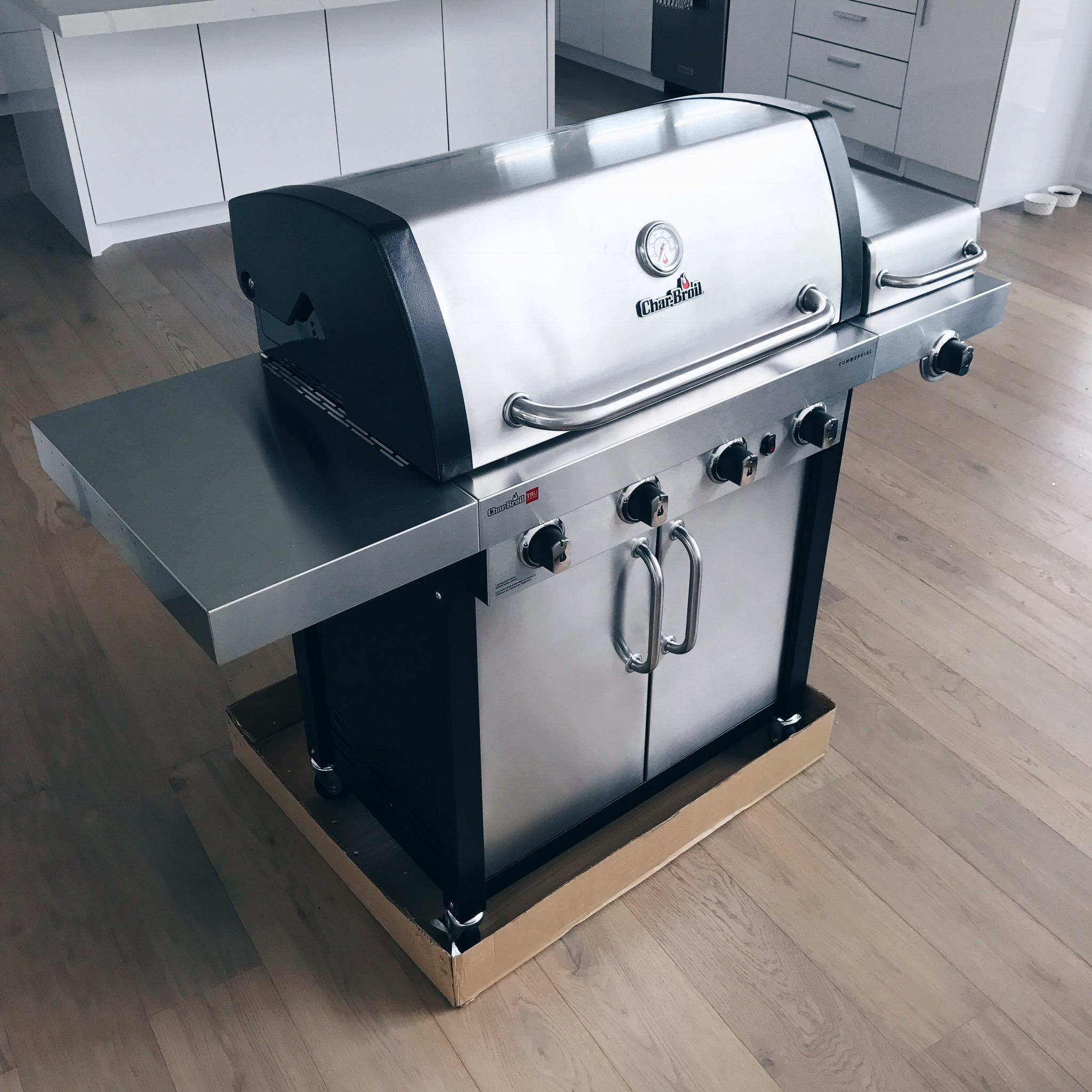 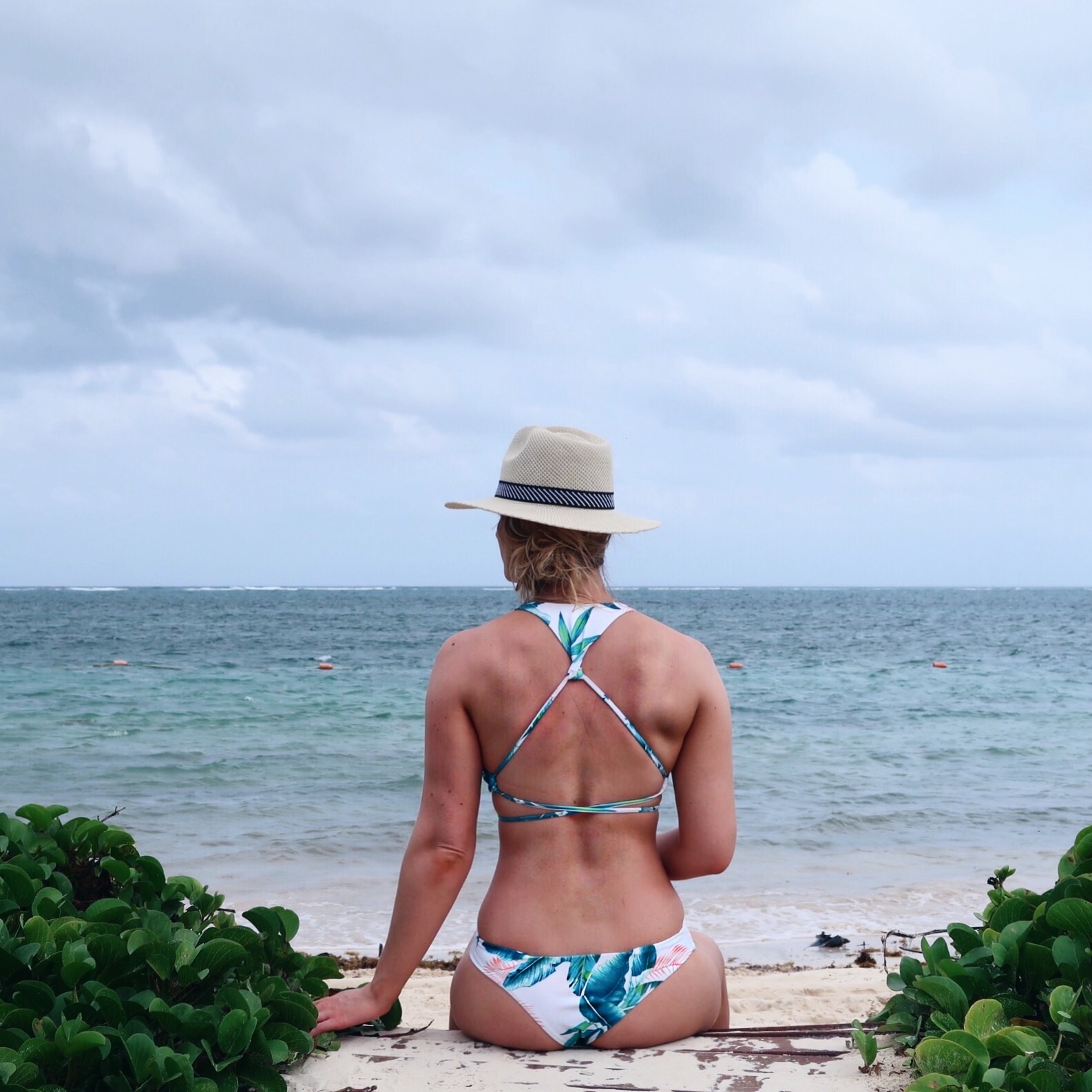 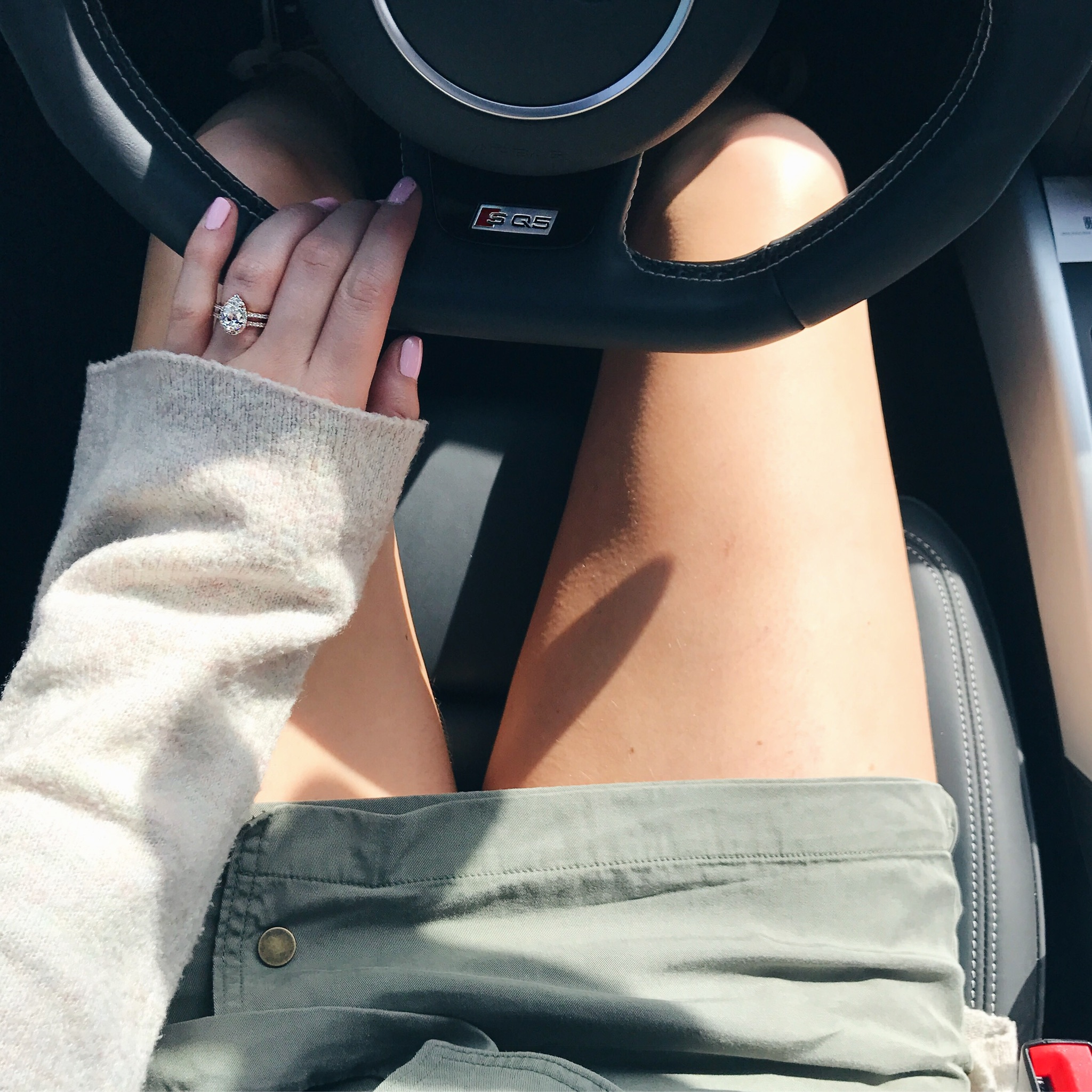 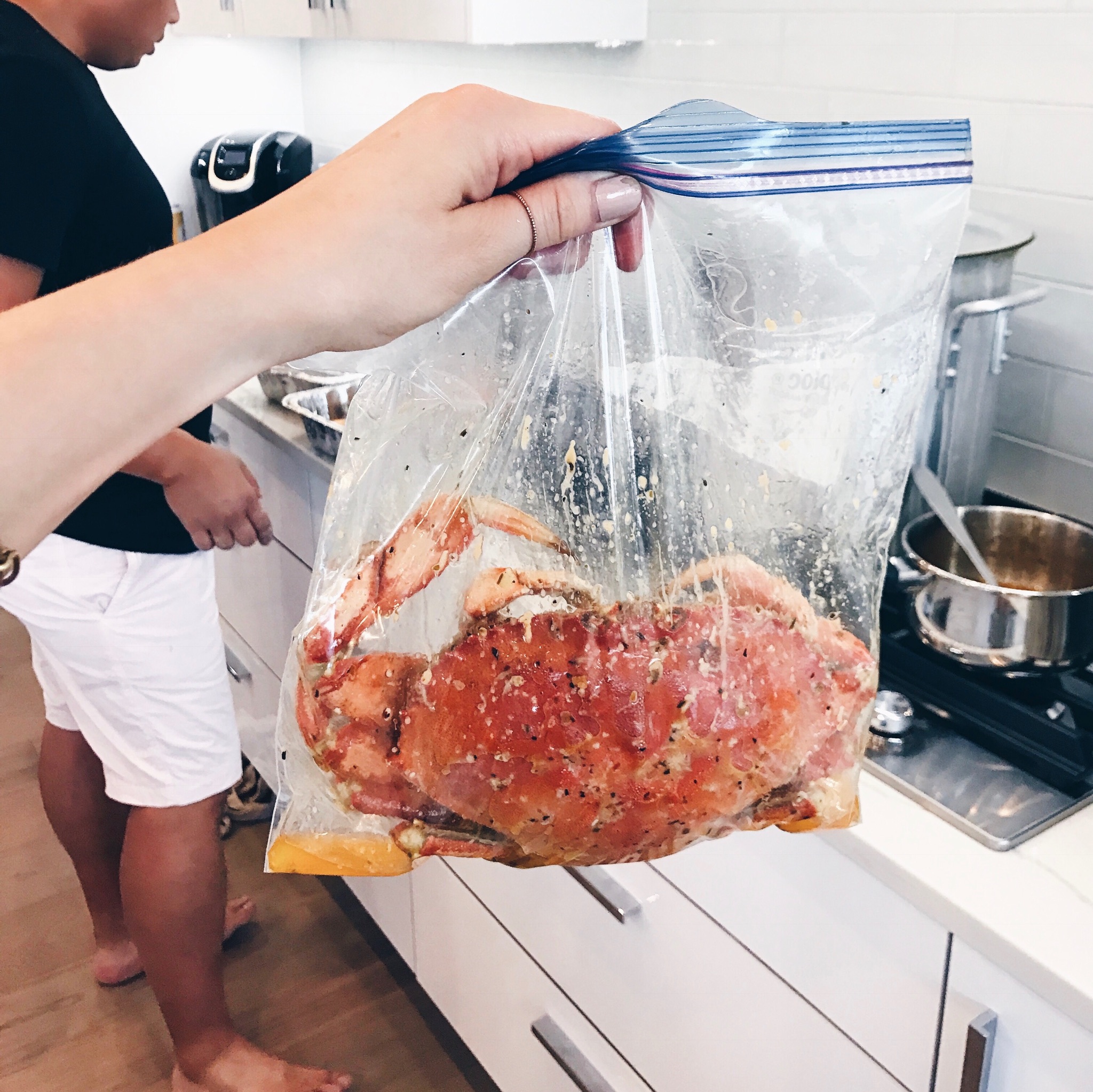 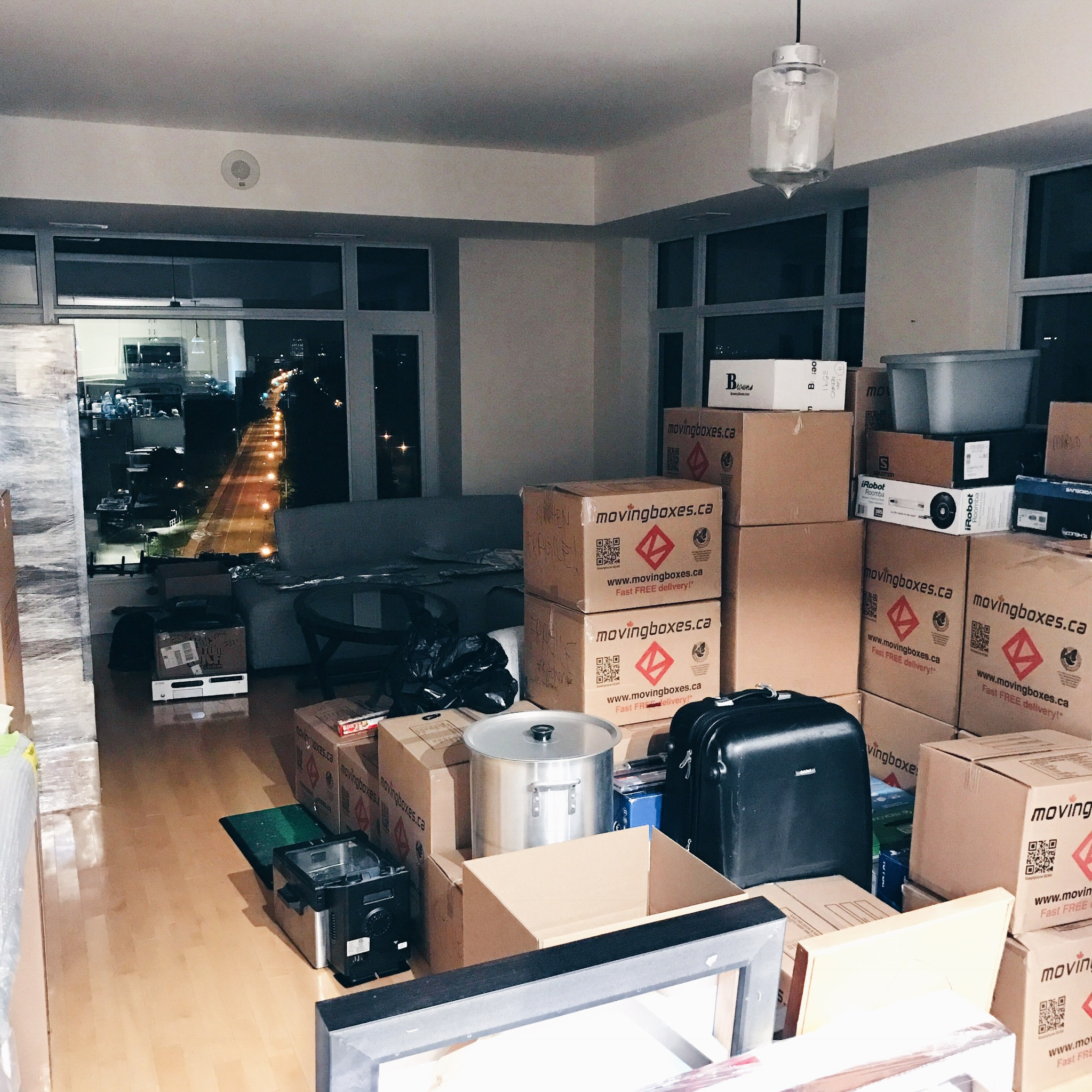 This year I also sold my car and got a SUV, which I’ve been loving.  If you’re an OG blog reader (haha), you know how much I love cars and how excited I was when I got my G37S.

All that to say, I was really unsure about selling it, but as we moved outside of the city and my commute quadrupled, my rear-wheel drive car would no longer be an option for winter driving.  To be honest, it was terrible for the short commute I had for the past four years, but I made the exception as I wanted that car more than anything and worked so hard to get it.  However, there were many times I got stuck, had to get a push, had to shovel myself out (I kept a mini shovel in my trunk, along with two large salt bags for weight) or actually couldn’t go places due to bad weather.  It’s kind of comical now that I’m writing it out, but I loved that car so much, it was worth it to me.  Also, the summer driving with that thing was fantastic.

So, when we moved out of the city, I knew it was only a matter of time before I’d need to sell it.  We ended up finding my new SUV several months sooner than expected, and I felt sad that I wasn’t going to get one last summer with my car.  However, that all changed when I saw the new car; I was overwhelmed with emotion, which totally caught me by surprise!  I was over the moon excited and super pumped to move onto this next chapter with my new ride. 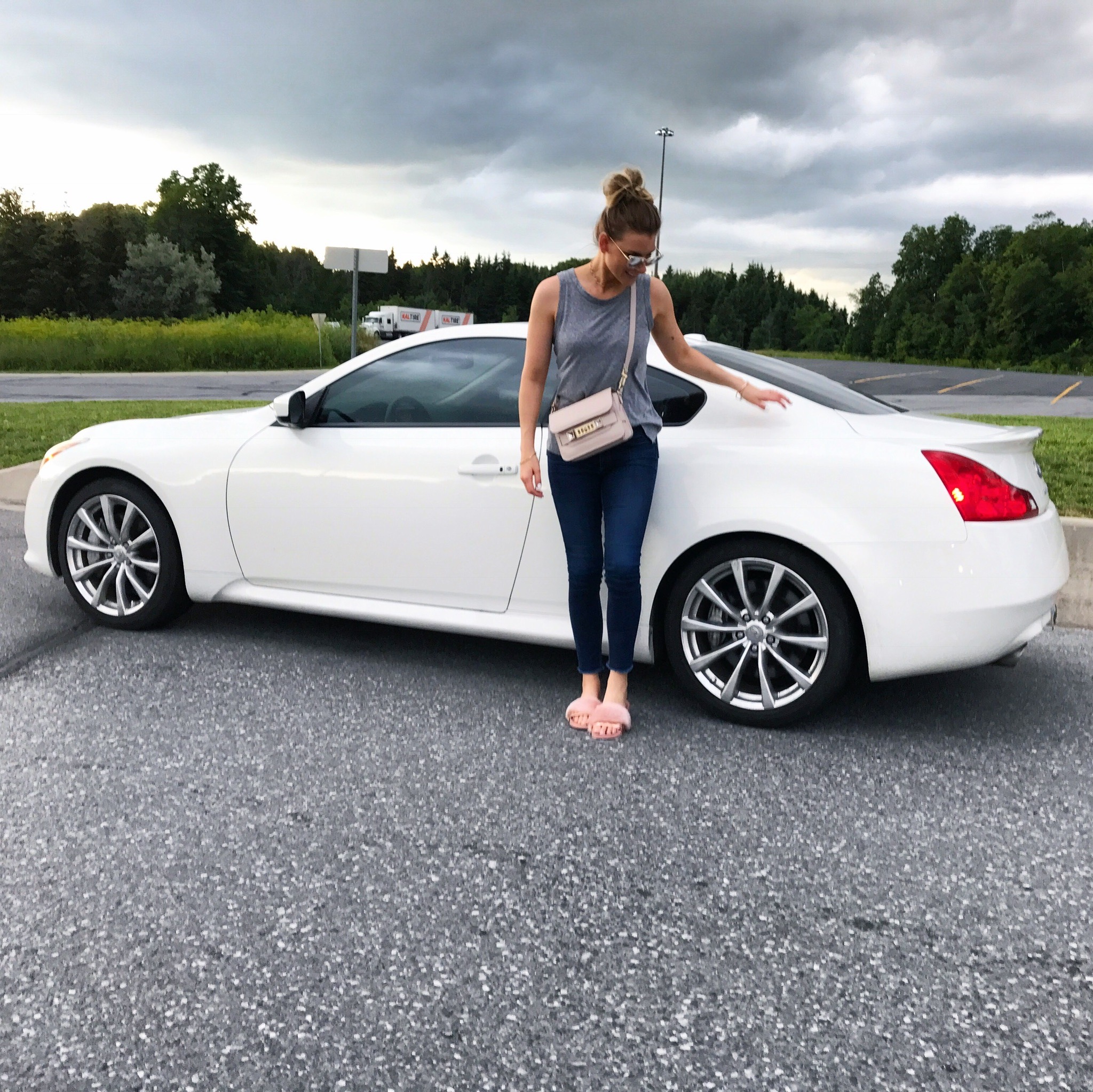 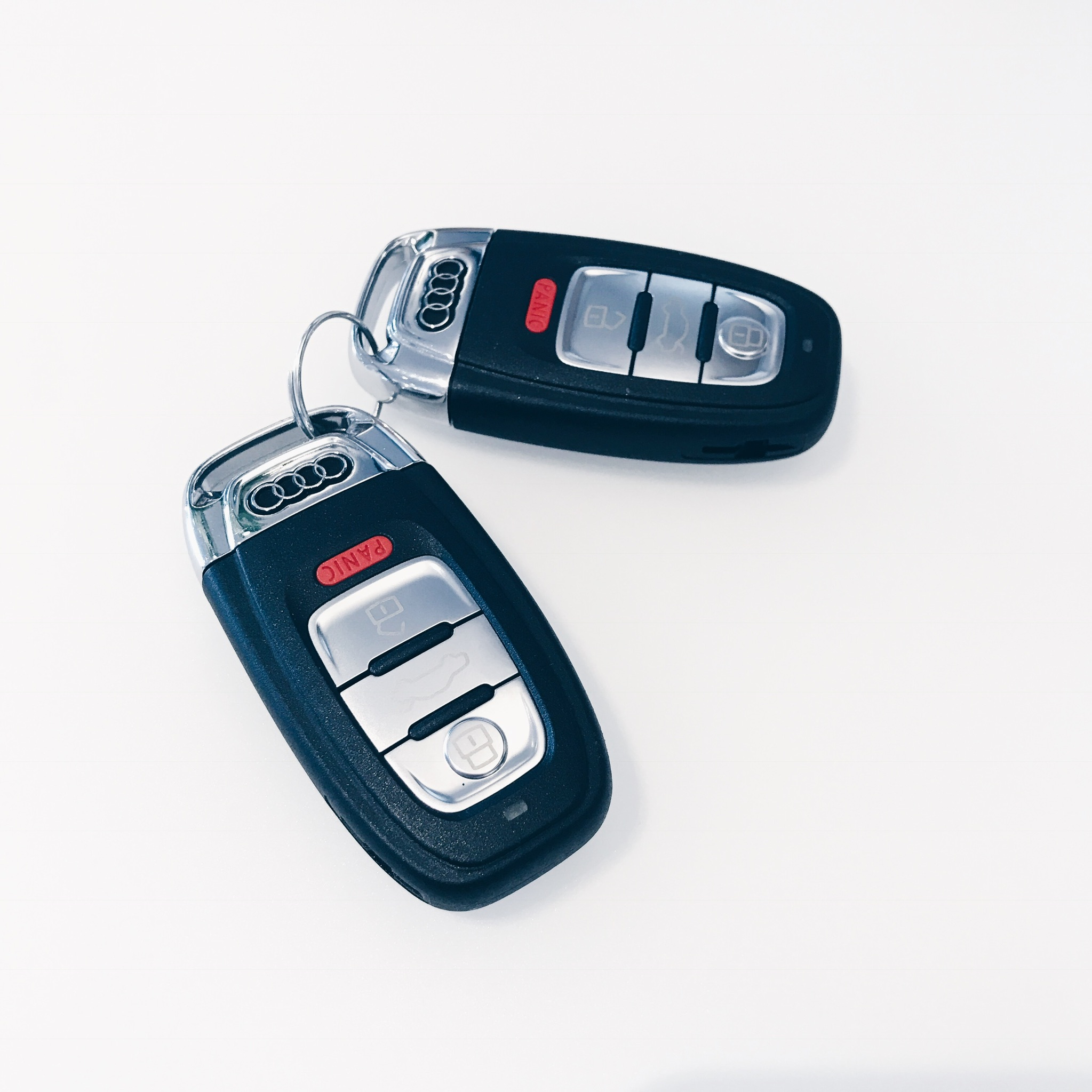 I also re-designed the blog in the Spring, made some back-end changes, and switched the name to Life with A.Co.  I shared tons of outfit posts, we learned how to add animated text to Instagram Stories, I shared fashion haul videos for summer, fall & winter, we shopped many sales together, I talked about the most valuable piece of gym advice & shared my daily make-up products/routine.

This year we also faced many trials, we lost my beloved Uncle in the Spring, which words just cannot do justice.  My cousin put on the most amazing celebration of life for him before he passed, in February, which he attended.  I learned so much about my Uncle that evening that I hadn’t known as he was so humble and always such a great listener to everyone else.  I was blown away when I learned he had given blood over 700 times in his life (!) and all the volunteer work he had done, money he had raised for charity over the years and all the lives he touched.  It truly was an incredible evening.  We miss him so, so much.

In July, our sweet cat Eve suddenly fell very ill.  I remember her acting very odd one evening, and seeing that she had vomited.  She sat there beside me, looking ashamed but too tired to care, as I cleaned it up.  That night she refused to sleep with us, our usual routine, and hid in Marco’s office under a chair.  The next morning, as I was getting ready for work, I found her and she was in a rough state.  Something was severely wrong.  I called into work and rushed her to the emergency Vet where we spent six hours in and out of the back room, doing tests and trying to figure out what was wrong.  As we waited, she progressively got worse and I was so scared.  Meanwhile, Marco was leaving on a business trip that day that could not be postponed, so as much as he was trying to help from afar, it still felt quite isolating.  By the late afternoon, the Vet called me into the back room to advise me she had severe kidney disease, they weren’t sure she was going to make it, and that she would have to stay in hospital for several days in an attempt to save her life. I started bawling in that cold, little room–I was hoping she had the flu, or something silly like that, I knew she was sick, but didn’t want to believe how serious this was.  I said goodbye to my sweet girl and numbly walked out to the reception desk, put a hefty deposit on my credit card and drove home crying.  I visited her everyday for the next three days while Marco was away, and she looked awful–as would anyone in the hospital–but there was always a glimmer of happiness to see me.  I would spend an hour sitting in that small back room with her on the aluminum table or in my arms, petting her, trying to get her to eat a little bit of tuna.  She wouldn’t, but she would purr.  On the third day, she had improved vastly, and with all the fluids and medication they were giving her, they were shocked that she had pulled through, and that she could come home!  We weren’t out of the woods yet, but if we could get her eating (anything, they said), we were moving in the right direction.  Since then, we’ve moved her to a dry-food kidney diet for her health and it is as if nothing ever happened!  Her kidneys are only functioning at 50%, but we are maintaining and she’s back to her old self.  She truly is our little miracle cat.

And lastly, at the beginning of the summer I suffered a massive computer crash.  I lost video files from all the trips we’ve taken in the last year, the buying process of our home, moving, my Uncle, and more.  Photos of special moments, our engagement trip to Italy, the night we signed our mortgage papers, and more, all gone.  It was heartbreaking, and I have cried more tears over this than I’d like to admit.  It feels like such a tangible loss, and I wrote about it here.  I try to tell myself we will make more memories and I take comfort in my own memory bank, but the loss still really sucks. 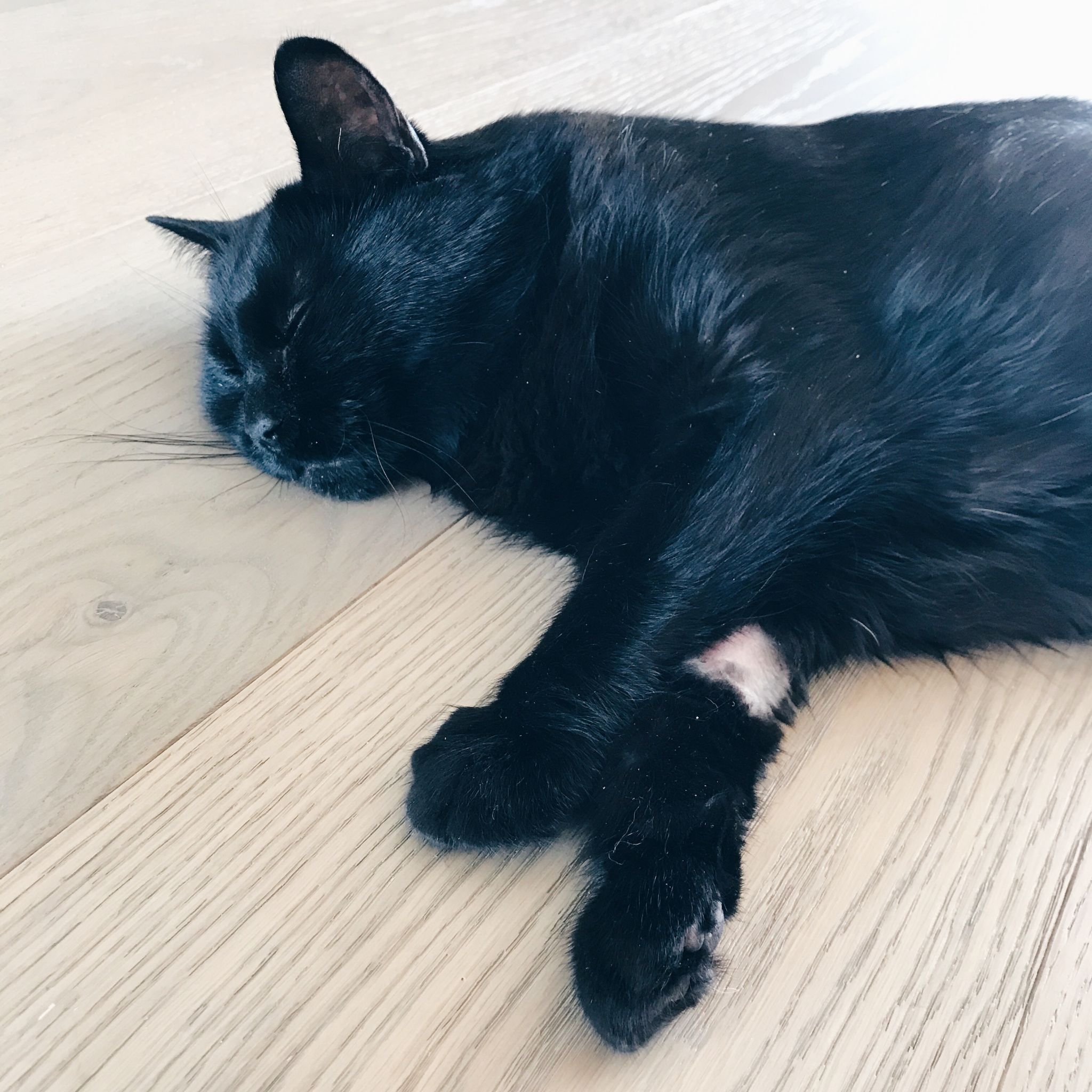 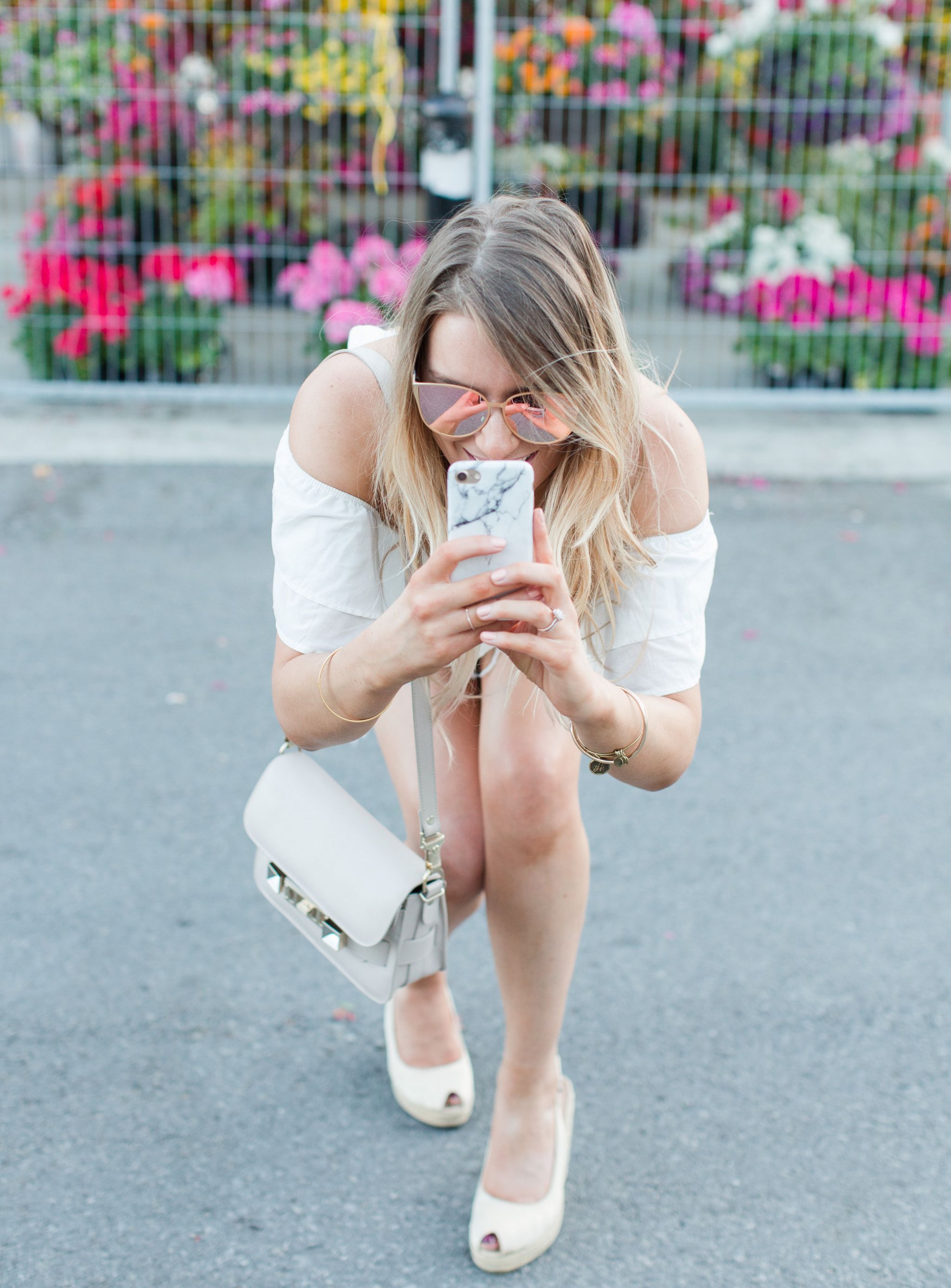 All that to say, looking into 2018, I feel positive and hopeful.  We are finally feeling settled in our new home, getting a handle on things and I’m hoping we can start putting some focus into decorating and furnishing a few more rooms.  We’ve been talking about what we want this year to look like, travel we’d like to take and evenings with friends we’d like to host.  We might even plan a wedding (!), but that’s still up in the air at this point.  The house truly has been our biggest feat of the year and we are really enjoying it.  There have definitely been some behind-the-scenes trying times, and adjustments, but overall it’s been a great move for us.  We are happy and I hope we will be for many years to come.

And to you girls, thank you!!! Thanks for your support and coming over here to see what’s happening and reading posts and sharing your excitement for fashion with me.  We are a small crew, but a tight one, and I love when you reach out via DM and we can chat a little.  When Eve was sick in the hospital, wow, the out-pour of love and advice and virtual hugs were heartwarming.  I read every one of them to Marco, and we felt the love.  I also learned so much about cats in general through you girls–always being a dog person, there were so many things I didn’t know, especially when we transitioned her to the new place.  It’s times like that where I feel less like I’m talking to a big open space, and more like there’s a great group of us here who are so similar and truly are friends.  Ah, I know it sounds cheesy, but we are!

Anyway, enough rambling, if you made it this far–thank you.  I hope you girls are having a great week thus far, and I’ll be back to share my favourite outfits of 2017 and possibly a resolution post next week.  It will be short though, I’m not huge into crazy resolutions, just simple ideas I’d like to focus on to push myself–maybe we can do it together? 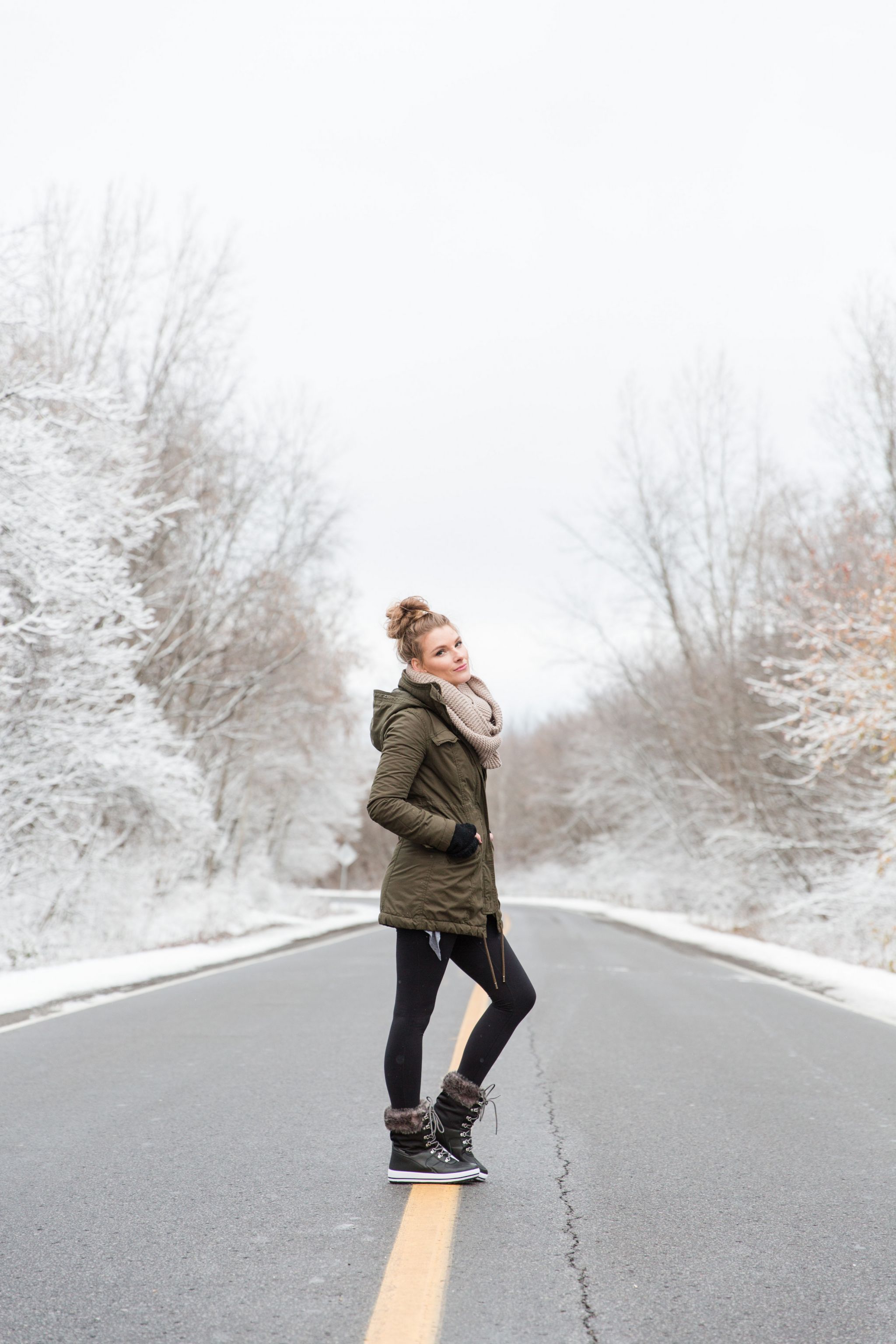 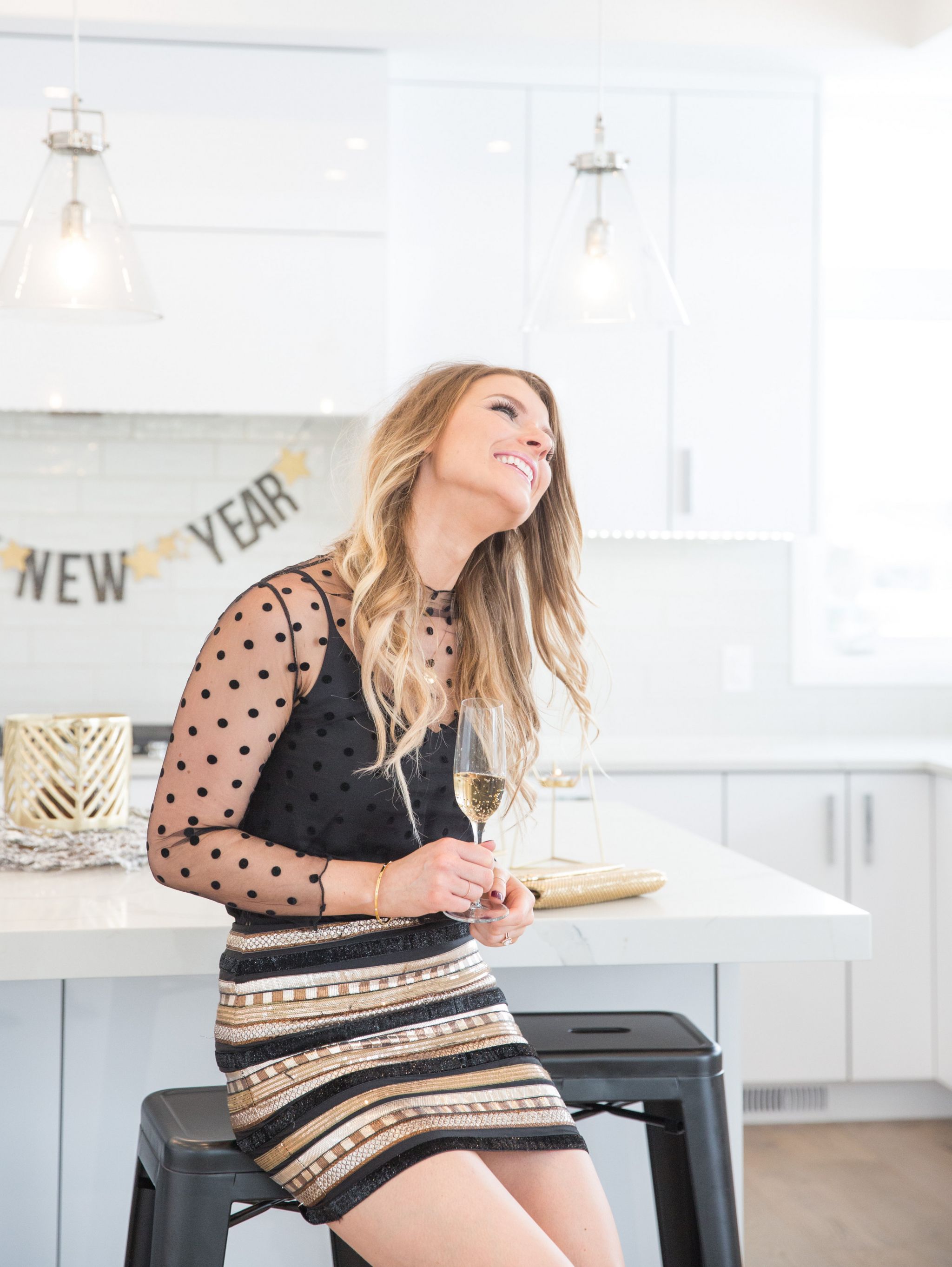